Old Toyota Repairs and a Way to Transport Rebar

Doing more than I planned for

The weather guys said it might rain a little today so I hadn’t planned to do anything.

But when I went outside it wasn’t raining so eventually I started doing some stuff.

I need to get the old Toyota started as it  hasn’t been started in a very long time.

But first I needed to put the rear tire I had repaired back on. 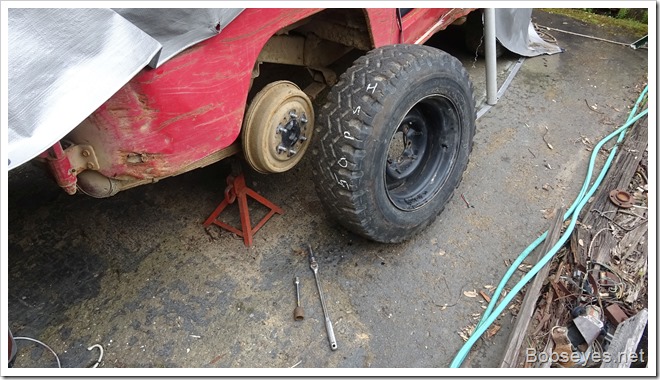 The new floor jack I bought helped get that job done. 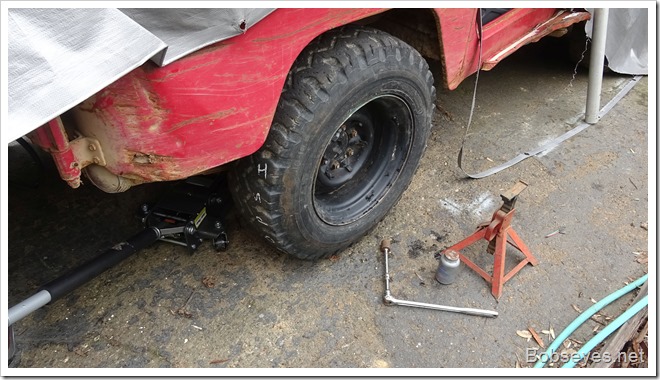 After a break and it still wasn’t raining I checked the Toyota’s radiator fluid. I just put water in it for now and it took a lot of it so I checked for leaks, but so far I don’t see any leaks. 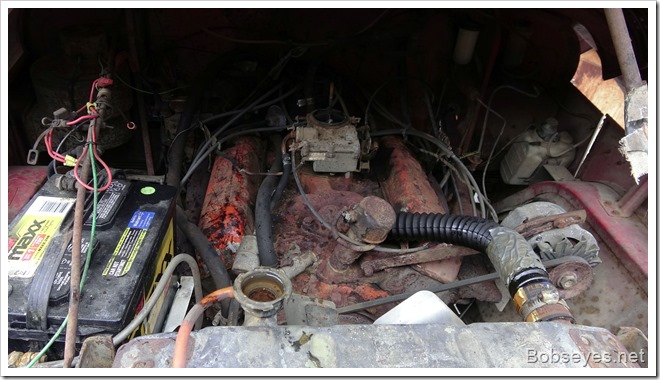 Freeing up the carb

The next thing I needed to do was free up all the carburetor linkage as most of it was frozen up. I sprayed it all down with some loosener stuff and eventually I was able to get it to function. 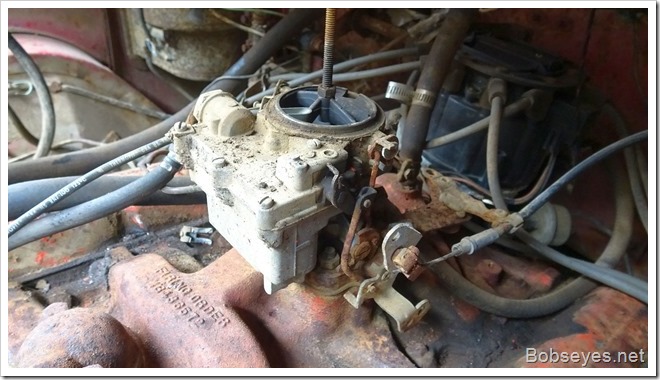 I tried cranking the engine over but it didn’t start. I suspect a fuse block problem which I will check out later.

I need to pickup some 20 foot long rebar with my van. But 20 foot pieces bend a bunch as it overhangs the van so I needed a way to keep it from bending so it would be easier to transport home.

I decided a 2 inch pipe about 20 feet long would do the job as I can wire the long pieces of rebar to it to hold them straight. The only problem I had is I didn’t have a 20 foot long piece of pipe, but I did have some small pieces so I welded the smaller pieces together to make what I needed.

The welded up pieces of pipe ready to go. 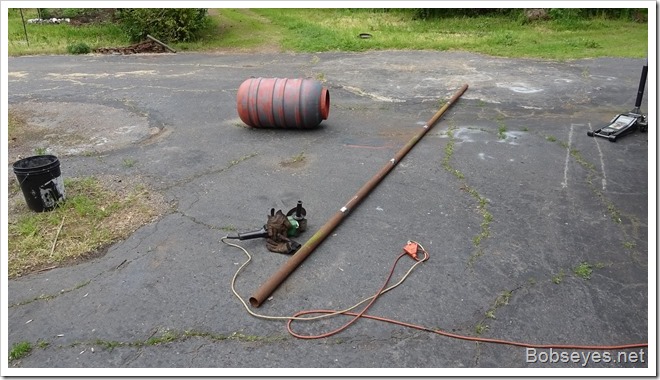 I was pretty sure the Toyota’s fuse block was having a fuse contact problem as I’ve had problems with it before. The problem is since the block is out in the open it gets corroded and then the electric doesn’t get through it.

Before checking it out any further I went in the house and ordered what I think will work online to replace this with a more modern type fuses.

You can see the thing is fairly corroded. 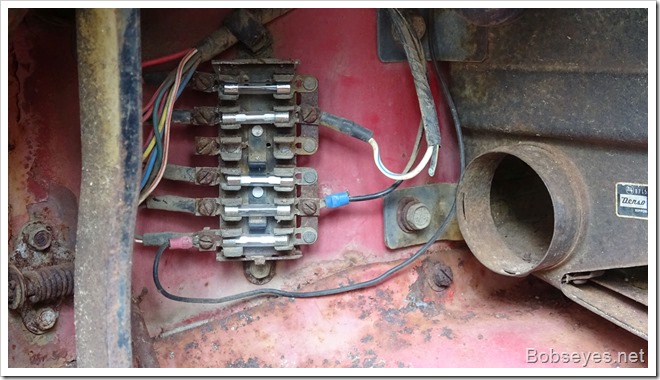 It was time to get  my voltmeter out to check to see what had power and what did not. It turned out the third one up which was the meters and the ignition one wasn’t making contact.

I moved the fuse around with my screw driver until it did make contact and the meter gauges started working. I then checked to see if I was getting power to the distributor and I was so it should be good to go.

Pressed the start button and varoom

I fixed that and then tried the brake pedal. No spring return so the internal return spring is shot. I already knew I needed a new brake master cylinder which I will have to order online.

I also noticed the muffler has a big hole in it which I will also have to deal with eventually.

I got more accomplished today than I thought I would without working too hard at it.