It was time to have a look at my Toyota’s battery to see if I could figure out why it went dead. Well, I pretty much knew it was corroded battery connections, so they all needed cleaning up.

I had put a charger on the battery a couple days ago so the first thing I did was measure the battery voltage once I removed the charger to see if the battery was good or bad. 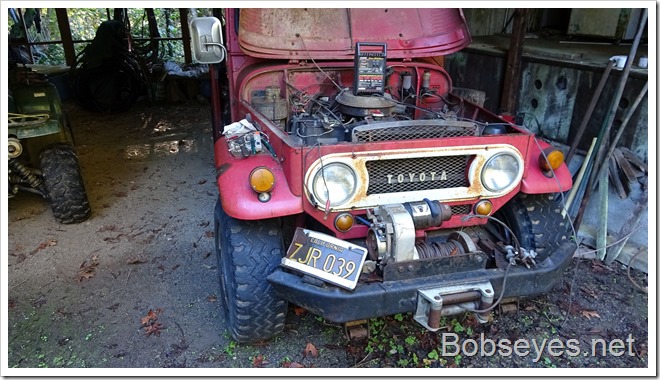 It read just over 13 volts which says the battery is likely still good so on to the next step.

I got out all the tools I thought I’d need to do the job. 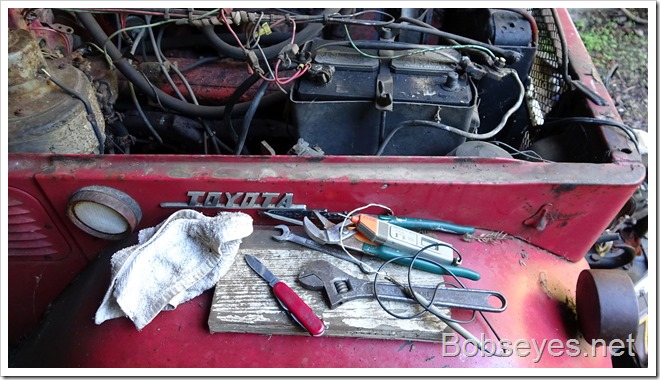 And took things all apart and cleaned them up and put things back and tightened them up which looked like this, nice and clean compared to what they were to start with. 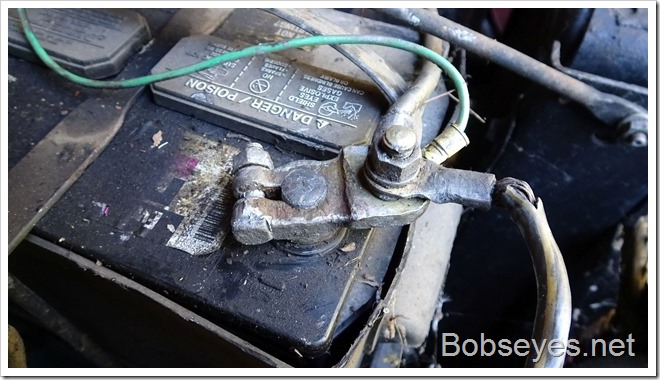 Once that was all done I put the charger back on just to be sure the battery was fully charged up.

I’ll remove the charger tomorrow and see if the voltage stays up or not.

Road work in the woods

It was a real  nice day out so I did  a bunch of chair hopping just enjoying the day. I was thinking I should go up into the woods and throw some rocks and sticks and logs off the roads to get some exercise and enjoy the woods a bit too. Things don’t need to be all work. But for now I was enjoying the day in the yard so it took awhile to get to that. 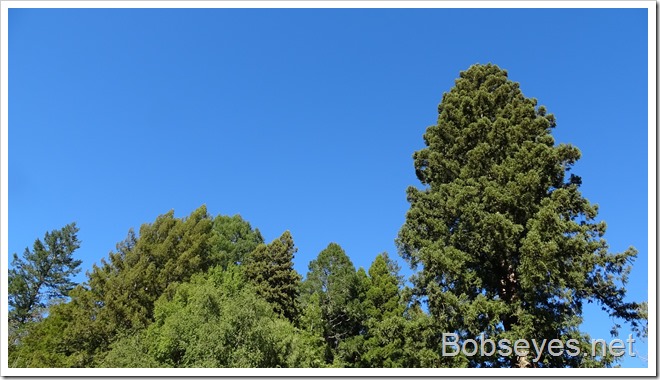 It took awhile as the sitting was good but around two I got the dirt bike out and rode it up into the hills and stopped here on this road to throw rocks and sticks off it. 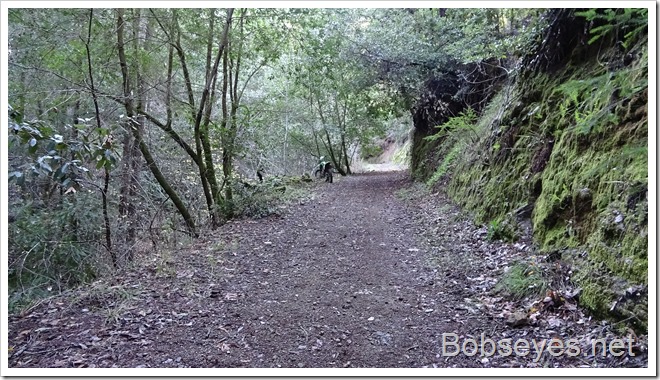 Here’s some of the rocks I threw off the road. Rocks and sticks and trees are always coming down on the roads so there’s always some parts of roads that need some work. It’s a never ending task.

After cleaning that off I rode up the road further and did some more clearing of rocks and sticks on the way to the spring where I wanted to get a drink of fresh water which I did. 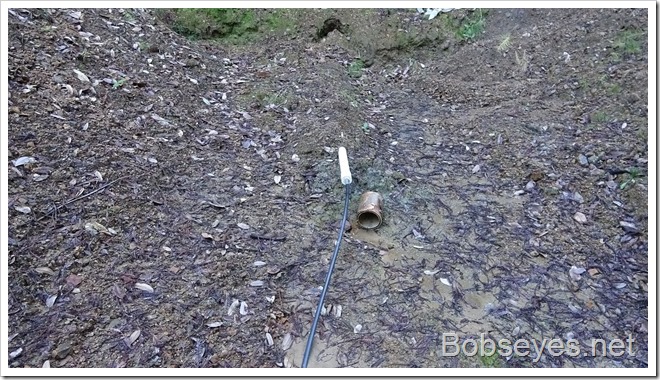 I was able to get by this log. I tried to remove it but it was water logged and too heavy for me to mess with unless I wanted to mess up my back so I moved on. 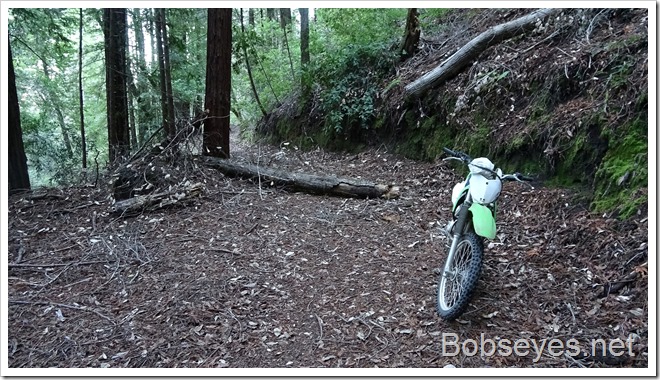 I rode to the top of the hill and around a bit until I got to this spot where I stopped to clear this off. These logs were rotten and light enough for  me to move them off the road. 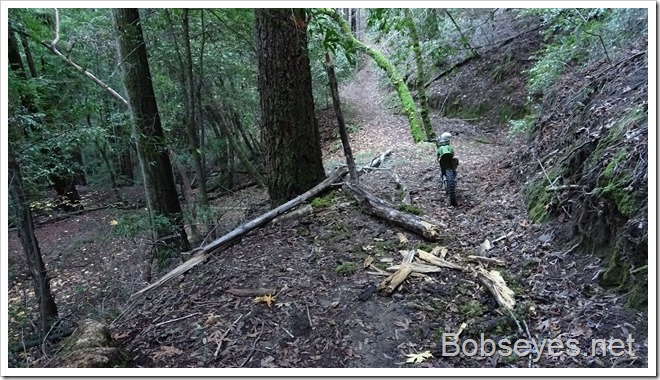 Checking out a trail

From there I rode over to a trail I was working on to see about redirecting it to make it better and not so steep. I needed to lay out which way I wanted to go which would be the least amount of work when I got around to doing it.

Ok, I was beat by now so I  headed on  home as it would be dark soon anyway.

Nice day playing in the woods