I did a bit better sleeping last night and am almost caught up.

It wasn’t raining so I went out in the yard to do some work.

I’ve been working on cleaning this area up. I needed to finish taking the old raspberry trellis down. There’s a bunch of steel wire attached to the wooden posts I have to take off. I took it all off and made small rolls that I hung on the fence wire to store it. 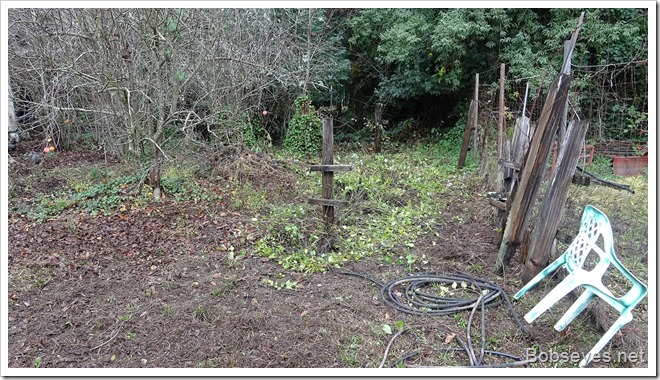 Wire’s all gone now and I removed the wooden posts.

This area in back of that area also needs some work as there’s still a bunch of blackberry vines in there that need cutting so I worked on that for a bit. 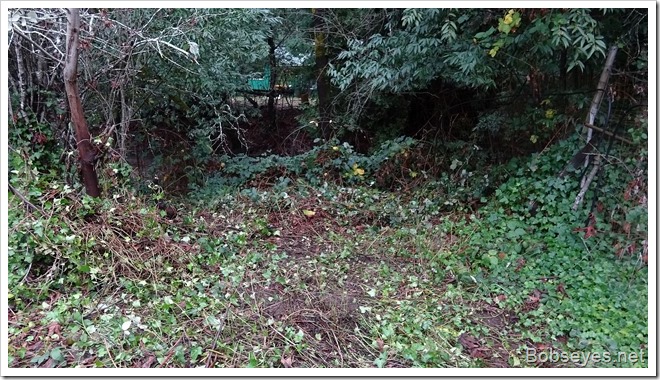 It’s hard to tell but there are far fewer berry vines in that area now. Still a bit more work in there to do. 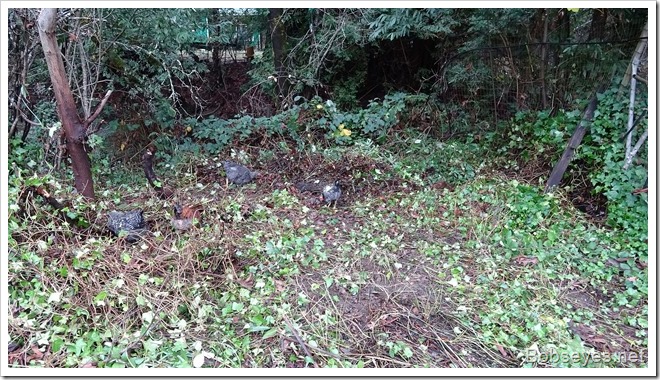 I also needed to do something with these water hoses to get them out of the way. 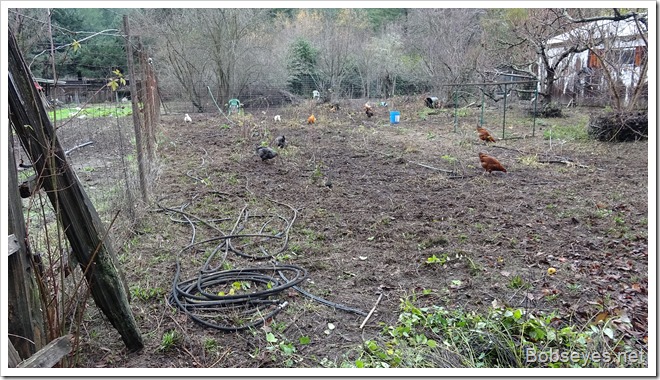 I wired them up on the fence which cleaned things up nicely. 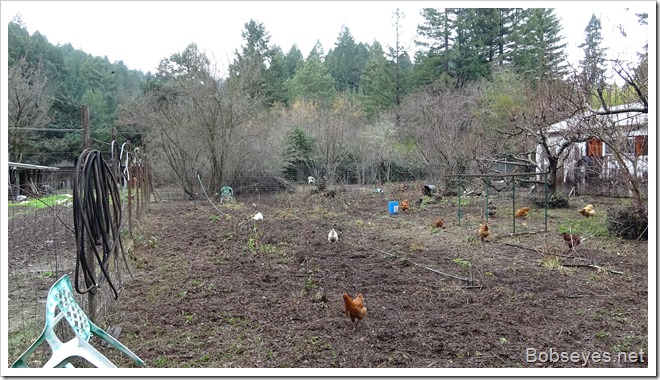 Of course there’s always lots of breaks involved but I keep plugging away and things get done.

Digging up the roots 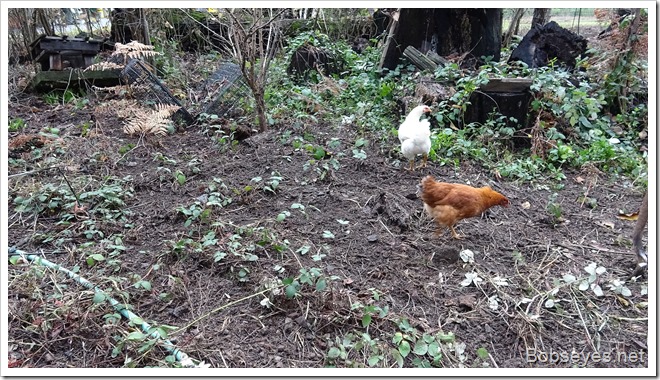 I dug some out. It’s hard work so not a lot gets done each time but it all adds up. My helpers are helping me out. 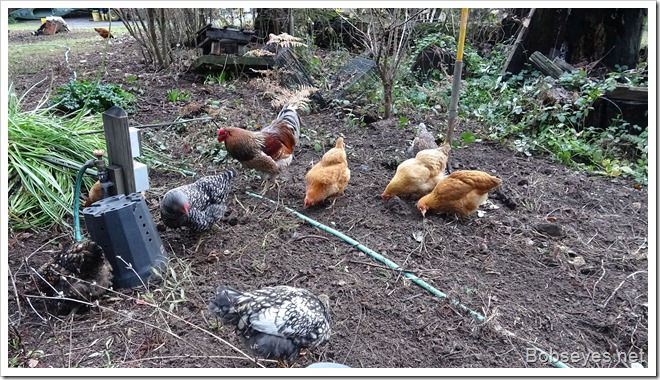 This is the pile of blackberry vines I dug up today. Getting most of the roots out should slow down their return a little. 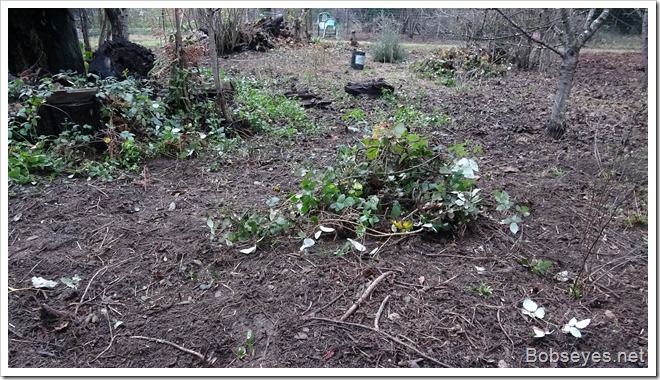 Being the shortest day of the year the sun went over the mountains to the west around 4 and the chickens started heading to their roosts.

I went by this pineapple guava tree and ate a couple of them. 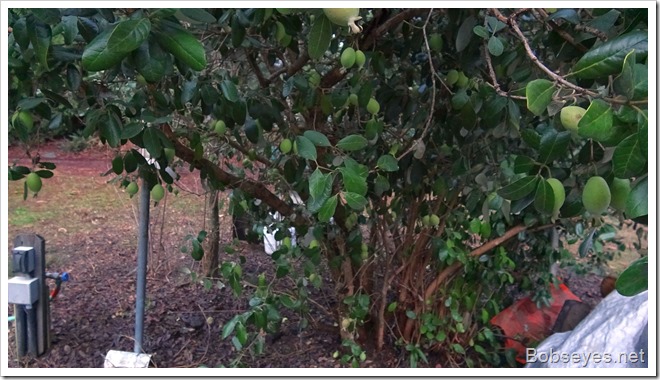 They are getting ripe and falling on the ground. The chickens haven’t discovered them yet. 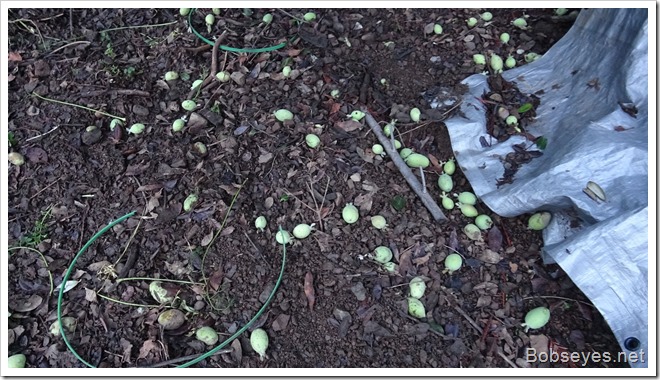 I also went over and pulled a couple carrots up from the carrot patch, washed them up and ate them. Nice and crunchy and sweet. 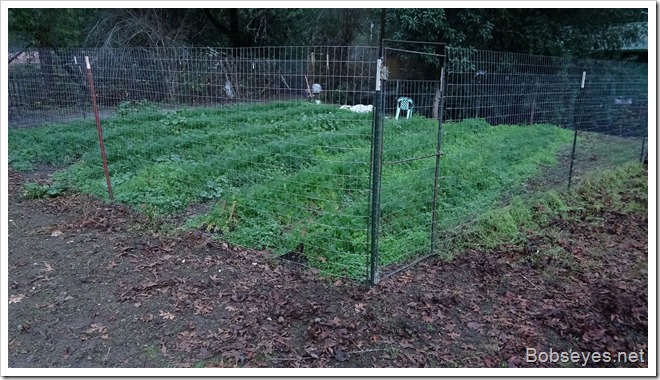 Patsy was asking how the video camera was doing I put in my brother’s garage the other day to watch for rodents.

The camera is really a big help in dealing with rodents as without it you  have no idea what’s really going on.

Here’s a night shot of the door in my garage showing three rats. I have some food there for them to nipple on. Rodents had taken over my garage as it’s not sealed up very good and it’s old. This is just an example to show how it works. 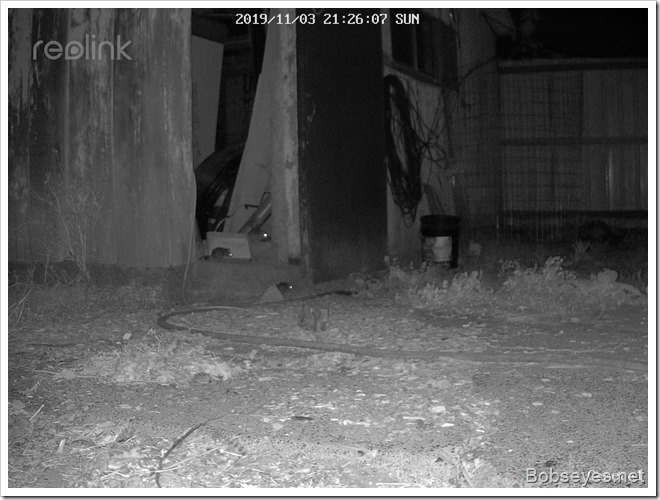 I put the camera in my bothers’ garage as he said the rat is living in there and won’t leave.

After several days of the camera watching in his garage I can report there are no rodents in his garage. It might be that all of the action in there setting things up scared the rat out as they seem to leave an area if things get changed around a lot.

Here’s what the camera sees in his garage at night. No action except for a few bugs setting the camera off. 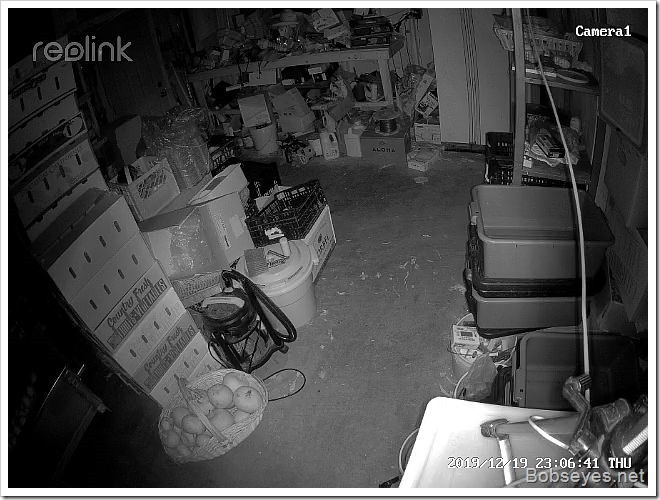 I have another camera I use to monitor my chicken’s nesting area for rodents and to tell who is laying and who isn’t.

Here’s that camera. If anything moves it gets recorded for my computer and if I’m up it dings and I can watch it in real time. 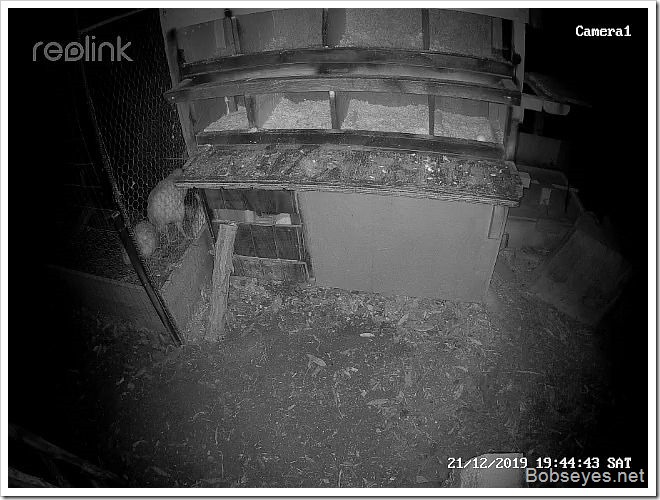 That’s my report for the day. Nice day puttering around the yard.