I needed to give the old batteries I was testing the other day a final test to see if they were any good or not.

I’d put a charger on them both and they read a good voltage but that doesn’t mean they are good.

To test them I had an old car engine starter that I used jumpers to see if each battery would run the starter or not.

Both batteries failed the test and would not turn over the starter so they need to be replaced. 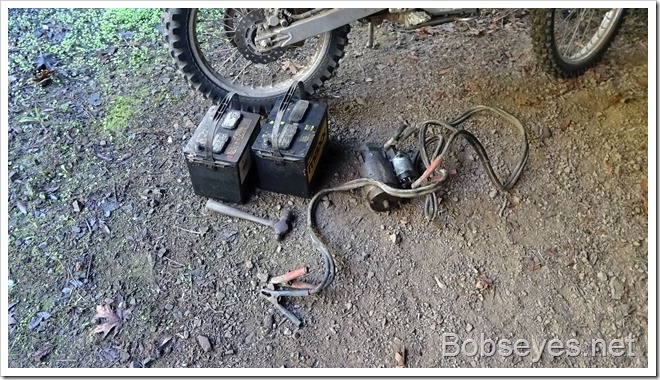 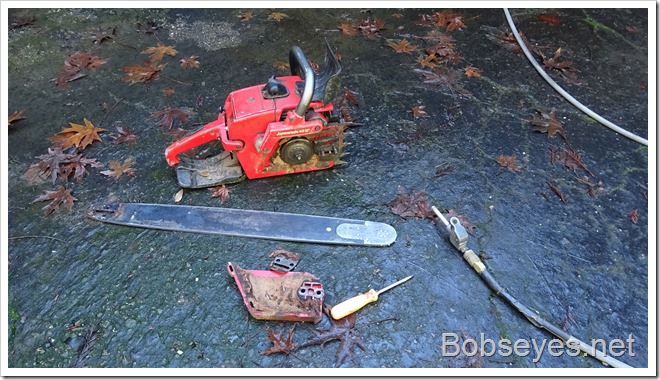 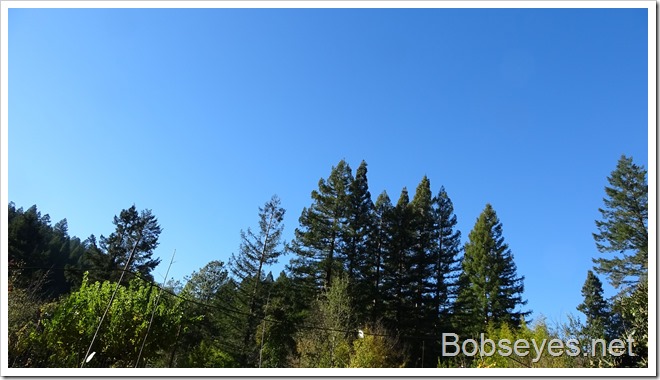 Mushrooms in the woodchip pile

With the blue sky the sun was out nice so I did some chair hopping around the yard and noticed this woodchip pile had some mushrooms growing on it.

I’m not sure what kind they are. That pile of woodchips is all white inside with mushroom mycelium so there should be more of these coming up soon.

After sitting around enjoying the yard I loaded up the quad with the chainsaw and some tools and drove on up into the forest to do some trail work and then I was going to look around to see if any edible wild mushrooms have popped up yet.

I rode the quad up to  here and parked as the trail I wanted to work on was nearby. 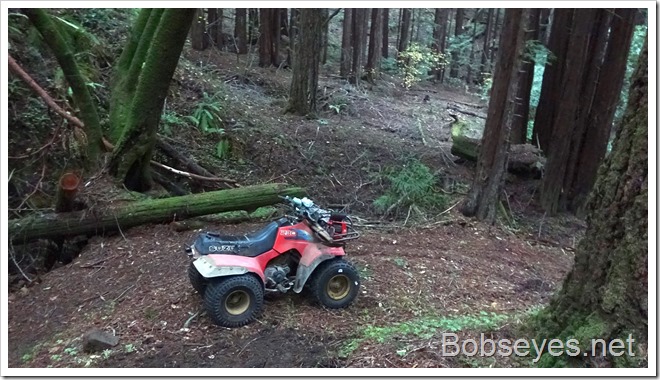 The old trail goes up here and I needed to clear out the brush on it so I worked on that. 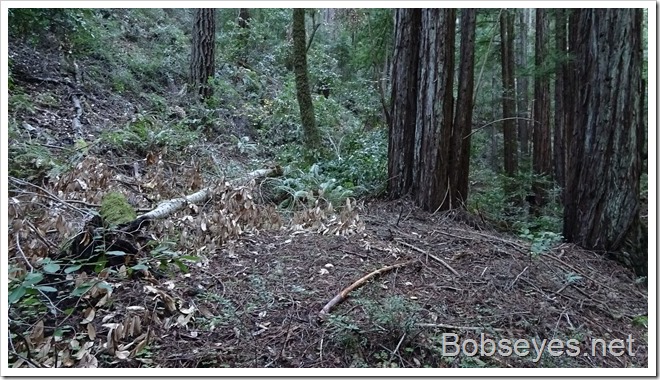 And continued on up through here. 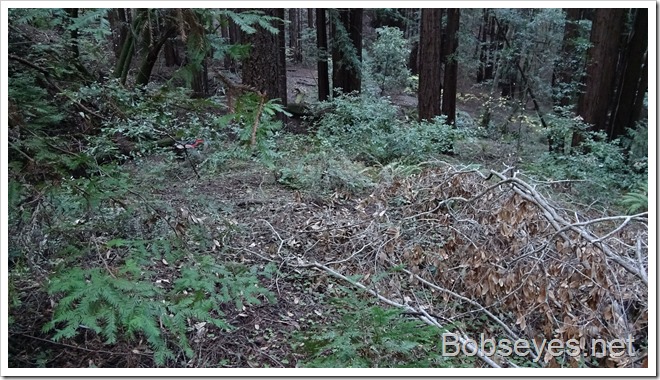 I cleared out the brush so now I can walk on the trail and do some more work on it. 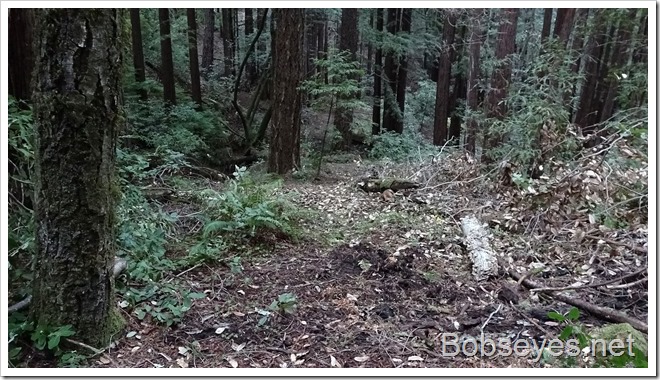 I got this all cleared out too and was working away when I realized it was almost dark and I’d worked on the trail  longer than I had planned. 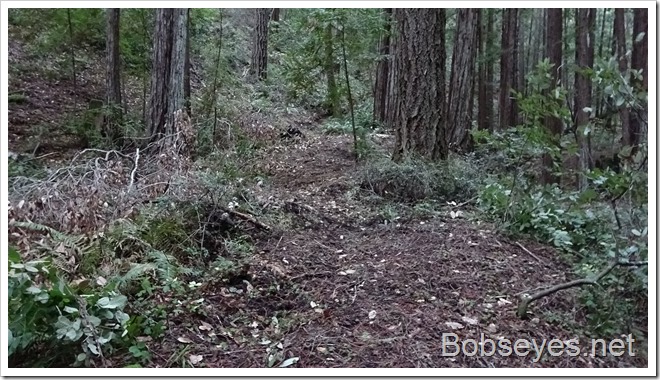 So it was too late to hunt around for wild mushrooms so I loaded up my stuff and rode on home.