Ok, Ok, That’s Not a Rutabaga and Barry and I Ride in the Forest

Ok, I made a mistake on  the rutabaga. A couple of commenters corrected me and when I saw Tom today he said he never said anything about a rutabaga yesterday when he told me to pick some.

Well, it’s just an older age thing.  Last night when I was writing my blog I couldn’t remember what he said and rutabaga popped into my head so I looked it up. I could see the rutabaga had only one stem and the picture I had of the kohlrabi had several stems, but it was close so I went with it.

So this morning, when a commenter said they thought it was a kohlrabi, I looked that up and realized my error. Although they are a bit different it sounds like the two almost taste the same. I’ll be eating the one I picked soon.

Kohlrabi, with the multiple stems. 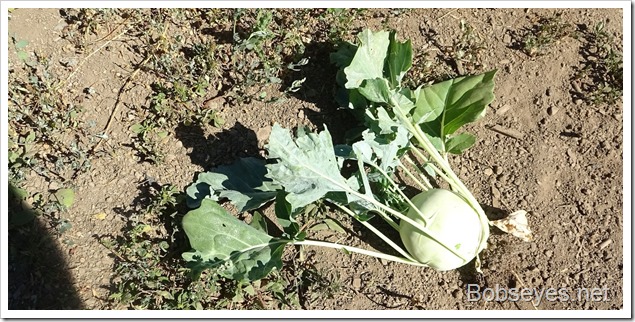 Barry showed up this morning with his dirt bike so once I got it going I gassed up the bike and we took off for the hills. He did say his back was better after riding the other day to  loosen up but his neck was still stiff, so off we went, stopping here to remove a small branch off the road. 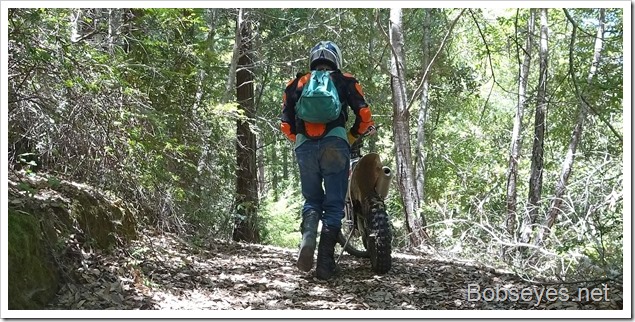 He had something in his pack that he wanted to install  up on the top of the mountains.

We stopped here at the spring for a drink of water. 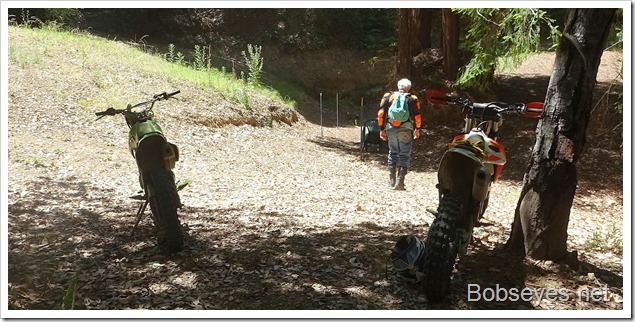 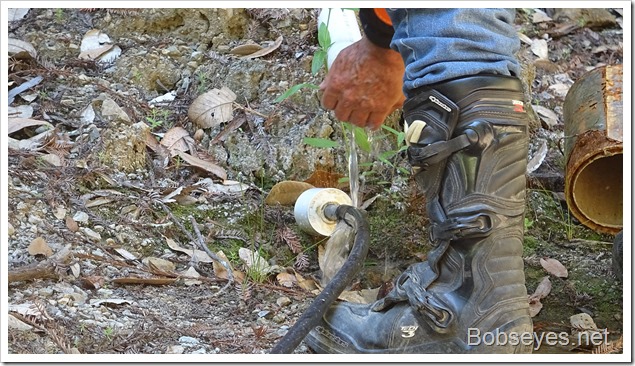 Then we mounted up again and took off for a ride around the hills. 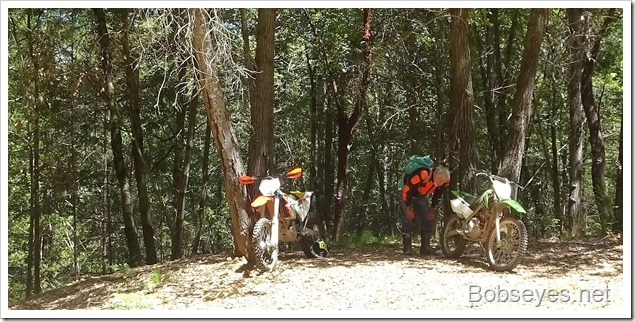 Top of the mountain

Eventually we ended up at the top of the mountain here where we usually take a good rest for a bit. 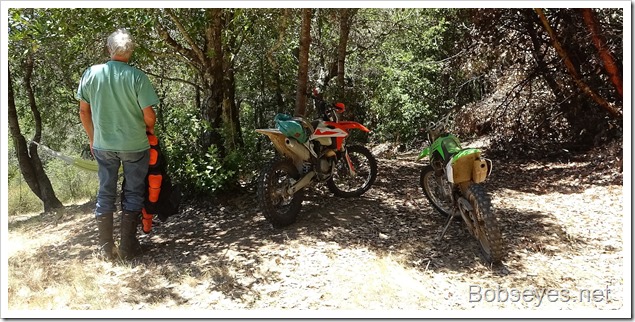 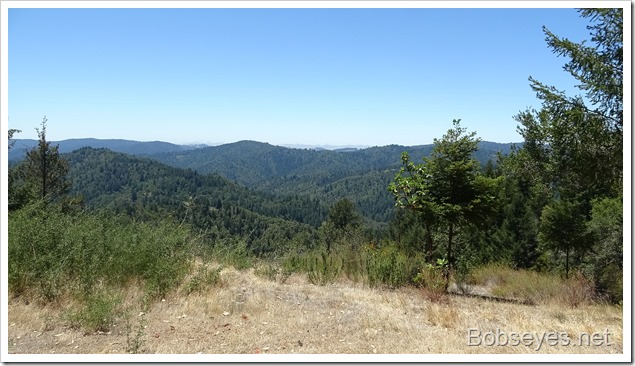 Barry unloaded his pack and got this hammock out to install on the trees, once he figured out which ones to use. 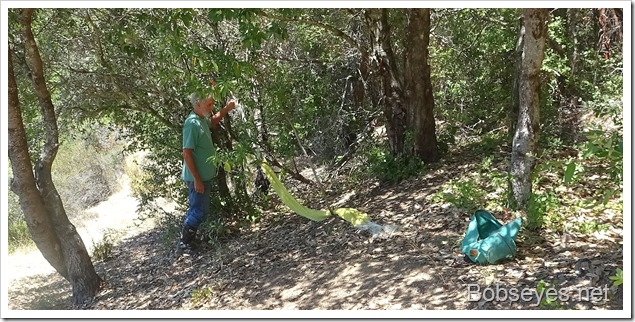 He’s  been talking about bringing his  hammock up every time we sit here so he finally did it. 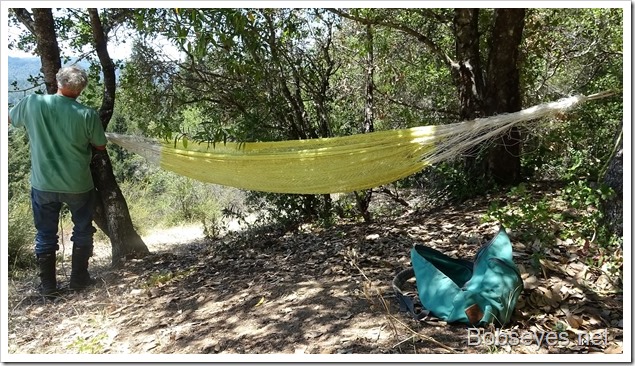 He was well satisfied with his work. I took  my place on the ground, which was just fine, but maybe not as nice as the hammock. :O) 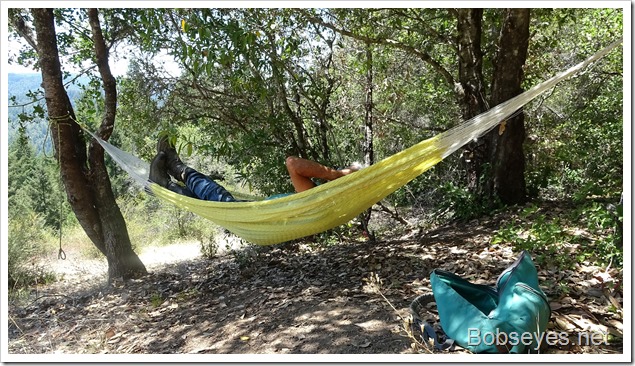 After a good extra long break there, we took off and rode this trail. 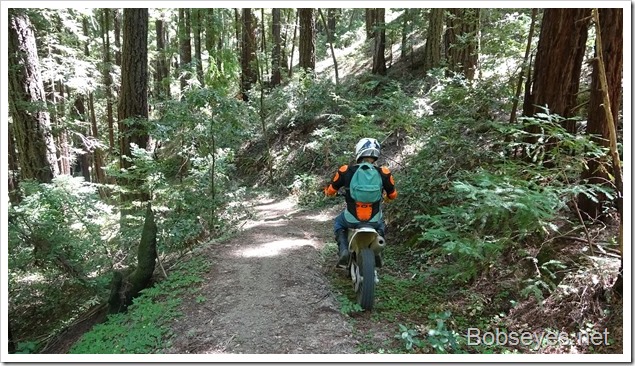 Barry removes another small limb off the road and we rode on. 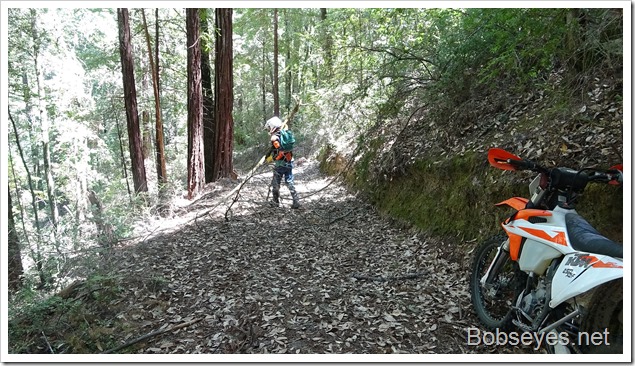 We went by the water tanks where I checked the water level. Half full or half empty is what the pink ribbon says. 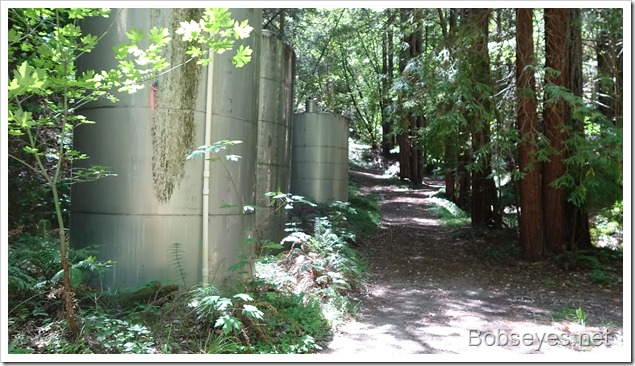 Then we stopped at Tom’s garden to have a look around. 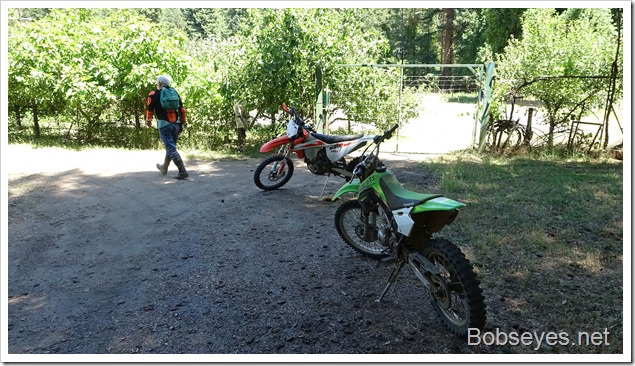 Steve, my brother’s helper was working on harvesting onions off to the right there. 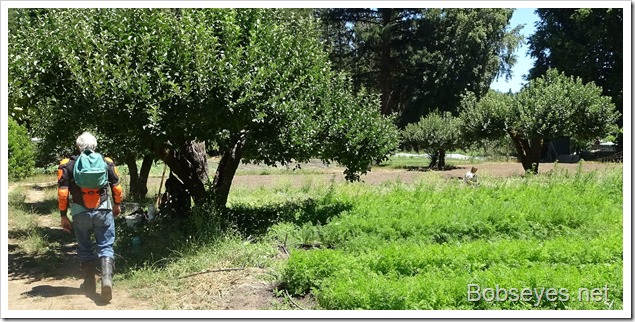 From there we rode on back to my place and Barry took off for home.

A bit later I heard something out in the front driveway. It was Tom loading up the trailer with woodchips to move them to his garden so the guys can dump  more of them here. 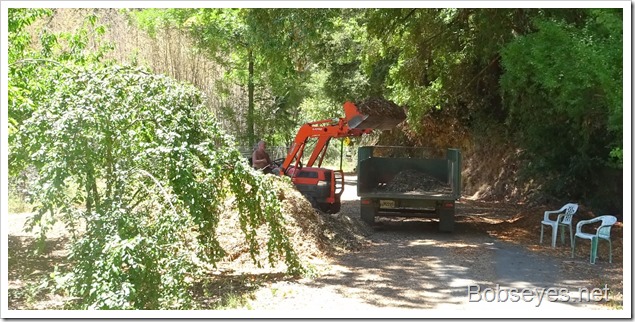 I took it easy for the rest of the day, chair hopping around the yard and a bit of napping too.

3 Responses to Ok, Ok, That’s Not a Rutabaga and Barry and I Ride in the Forest