Off On An Adventure But My Traveling Buddy Aborts, Darn

We get a good start, but

I met Marty at his house this morning and we took off east headed for Nevada’s North East.

We were into the trip about an hour or so when I got a call on the radio saying something about pulling over, so we did at the first opportunity.

He said his van’s engine was stumbling a lot coming down into the valley. We talked a a bit about it and we concluded it would be a good idea for him to abort this trip as it was a long way over there where we were headed. He’s been having an on going problem with this and hasn’t been able to pin down what the problem is.

I was sorry to see him leave but not likely as sorry as he was as he likes to go on adventures. We used to go on a lot of adventures together as we worked next to each other when we worked at HP.

We said our goodbyes and disappointments and he was off headed for home. 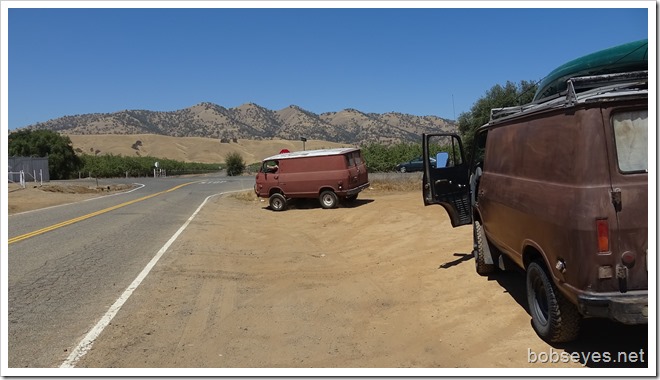 I continued on taking some shortcuts east that I’ve never been on. I was mostly following a track I put on my GPS, but it was making some mistakes like trying to get over highway 5 when there wasn’t a way, so I had to up to Williams about a mile and cross and then hit my shortcut which would bypass Colusa. That road turned to gravel with a bit of wash board and one might think it wasn’t worth taking, but it saves a lot of miles staying out of Colusa which is north of here.

The next shortcut I wanted to do was bypass Yuba city and Marysville as a bunch of highways come together there at the bridge.

I had to maneuver a bit on roads, but the traffic was light and it was pretty easy so I’d try it again. the GPS did a good job on this part.

Next I wanted to go check out the Yuba gold placer area just outside of Marysville, but the road my GPS showed to get there from the south had a big gate across it and was private so that didn’t happen.

It’s a hot day and I was hoping my van’s engine heating problem would be better after I added an external cooler. It might be a little but it’s still running pretty hot, but it didn’t boil over anyway.

So I wanted to stop to let the engine cool so I could check the coolant level and in general check out all the cooling stuff.

So I found a place on Caulk Buff road and pulled off and had some lunch to let the engine cool down. 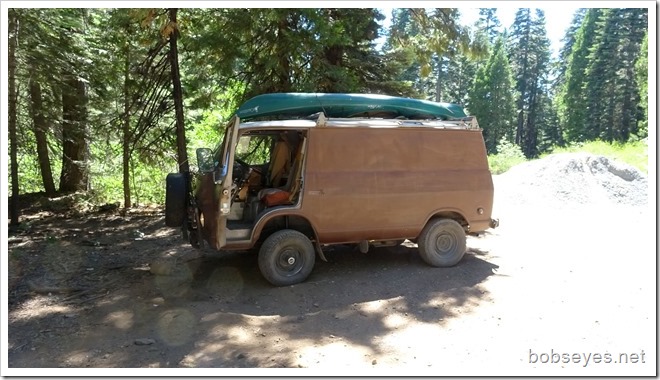 Everything  looked ok and the coolant level was right up to the top so everything was working as good as it could.

Just need to slow down

On highway 80 east the speed limit is 80 and I was doing about 75  and the temp gauge was running high. I finally got behind a guy pulling a trailer going just over 55 so I stayed behind him which helped keep the temp down some.

I made it to my camp where highway 95 comes into highway 80. I’m on the north side and drive out the power pole maintenance road about a half mile or so and camp.

Here’s the power pole road I drive out. 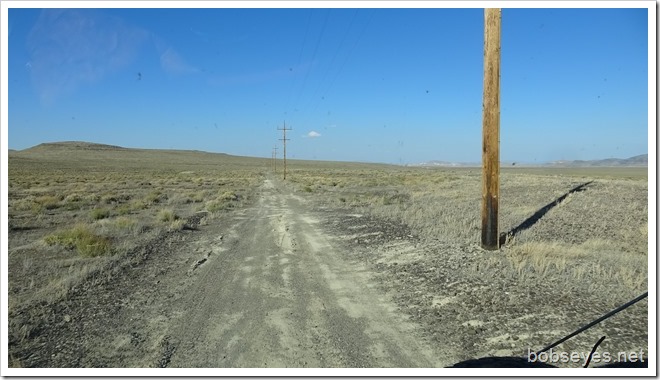 I parked in my spot and opened all the van’s doors so the big pile of metal can cool off.

I noticed these guys working out in the valley. It looks like a bridge is being repaired for the trains. It’s a main track east west and must be down as I haven’t seen any trains go by. 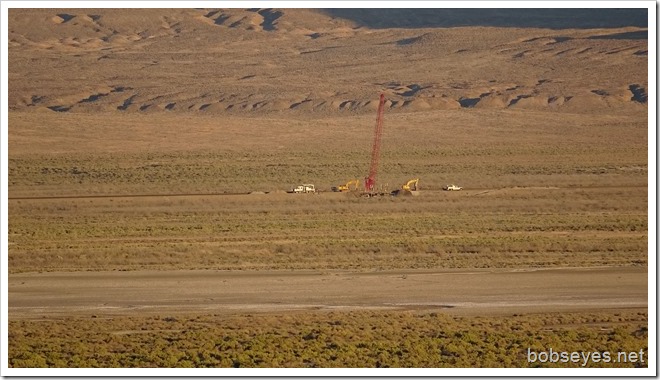 Just before dark I took a little walk around the camp area. Here’s my camp for the night. 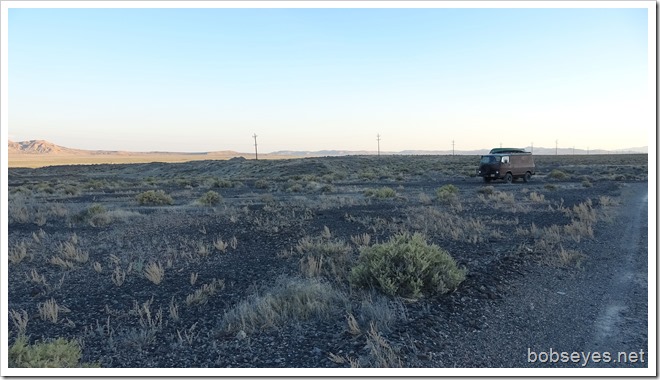 This camp is really a great camp mostly because it means I’m out of the fast civilized world and can relax now with only a little more highway 80 to drive but it’s pretty wide open.

I saw these lights come on down where the guys are working so they must be going to work all night. Got to get those trains back on schedule. 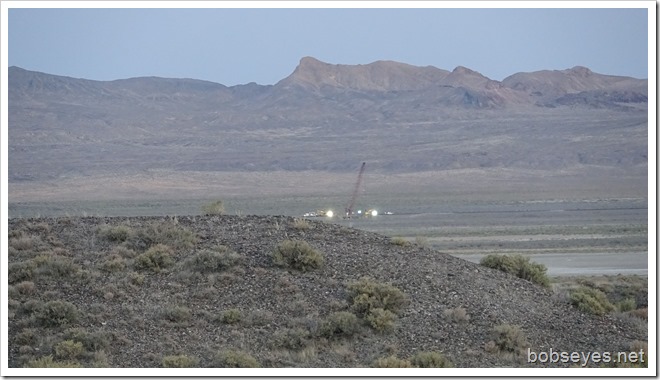 So tomorrow I’ll head for Winnemucca and gas up and then back on 80 a short distance to Golconda and on to the Midas Tuscarora road headed North East.

I’ll post this blog in Winnemucca and then it might be a bit before you hear from me again.

(Visited 184 times, 1 visits today)
This entry was posted in Uncategorized and tagged Adventure to Jarbidge area. Bookmark the permalink.

4 Responses to Off On An Adventure But My Traveling Buddy Aborts, Darn