Lets get this adventure on the road

I finished loading up this morning when I got it going and was on the road around 11 heading east towards Nevada.

I had plans to try out some shortcuts on the way. I’ll be traveling alone so plenty of time to try them out.

The first one was just outside of Clear Lake. My GPS has been directing me to it every time I go by but I tell it no and haven’t tried it.

The road is called something like Ogelene road. I turned onto it and right away I could see something was wrong as the sign said Dead End Road. I saw a guy putting his garbage cans out so asked him about it. First thing he said was he doesn’t use no GPS, only Maps, but he did say the road didn’t go through so I went back out on the main road and continued on my way.

Eventually  I came to the next shortcut which I had done before and knew it was good. It took me out in the agriculture fields where they seemed to be harvesting stuff, likely several things as it’s that time of year.

I followed this haul truck down this road which I think is going through the southern part of the Colusa bird refuge as there were a lot of water birds along the sides. 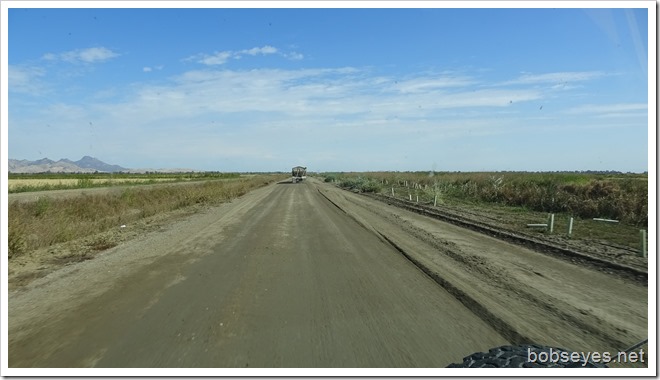 Machinery was moving all around but not a problem. Here comes some big monsters heading for their next harvest field. 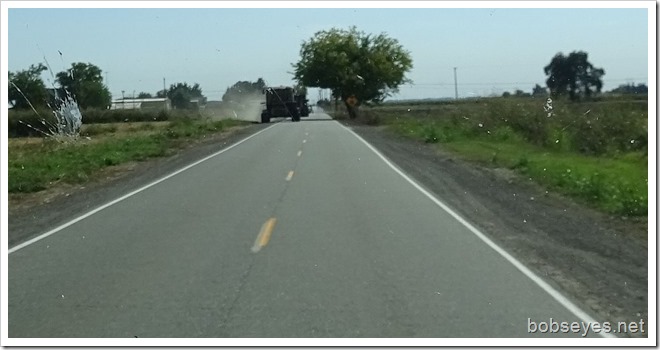 A bit turned around

I went south of Yuba city and got a little turned around on the North Beal AFB road which was my own fault for not marking it properly.

Once I sorted out that I was on the shortcut to Smartville which is back to highway 20 east which saves me some time as 20 goes a bit north from Marysville and I was able to stay south.

I stopped a couple times to have a stretch and made it safety to my camp just north of where highway 95 comes into highway 80 near some power lines.

Tomorrow I’ll continued on east on 80 and try and post at Winnemucca.

Nice day, a bit of a long drive but now I’m out of any traffic. Nice.

Posted from Winners in Winnemucca.

(Visited 165 times, 1 visits today)
This entry was posted in Uncategorized and tagged adventure to northeastern nevada. Bookmark the permalink.