I checked the weather reports this morning to see when the rain showers would start and got conflicting reports. It wasn’t raining at my house yet but looked like it might at any time.

So what to do today? I decided to take a ride down to Jenner and see if I could get a paddle in or not before the showers started. If it was raining in Jenner the ride out to the ocean is always nice so I found my rain pants and headed down to Jenner.

When I got to Monte Rio which is about halfway some big cold looking rain drops splattered the car window. Hummm.

I continued on and hit more big rain drops as I got closer to Jenner.

When I got to Jenner it wasn’t raining but looked like it would real soon so I continued on down the the overlook at the river’s mouth where the river goes into the ocean.

This could be Russia

I parked at the overlook but failed to note that white pickup there until I left. It has a seal counter guy in it that I talk to once in awhile but I missed out today to exchange some info. That’s looking up the Russian River. It’s called the Russian River as the Russians landed here just after 1800 to establish a colony. Lucky for us the California good rush happened around 1850 when they got overrun with people coming west for gold or this might be Russia. 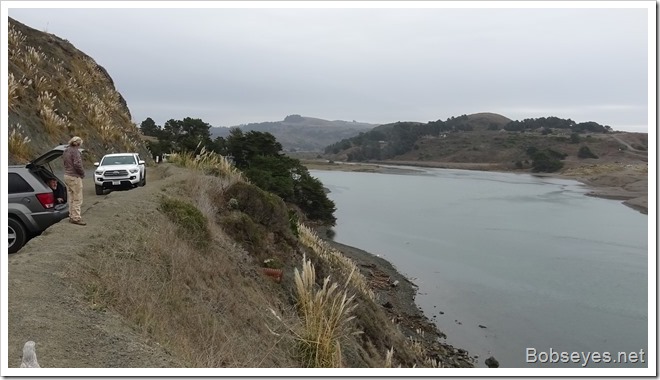 This is looking out over the end of the river north into the Pacific ocean. 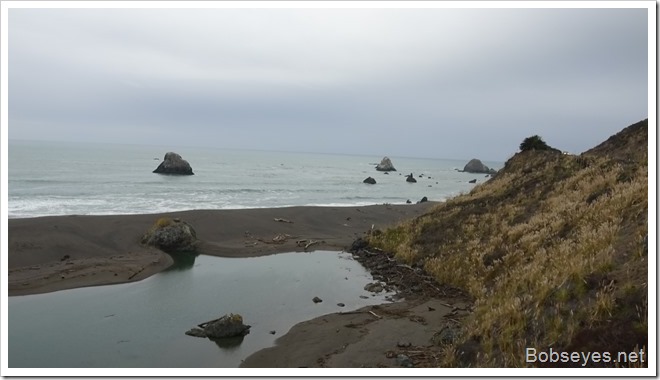 This is looking out into the Pacific ocean over the river’s open mouth. Note the seals down there with not too many birds. 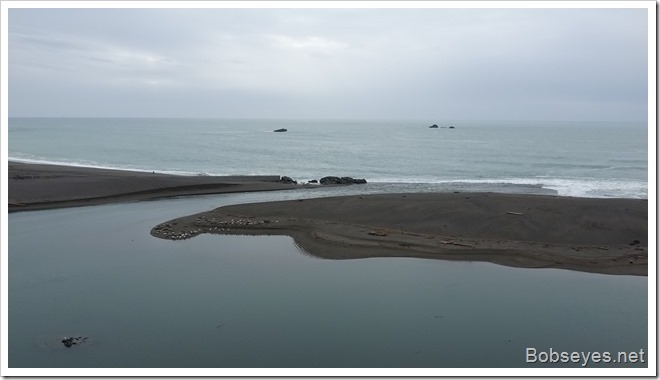 More harbor seals have returned now that  most of the birds have left. There still should be two or three times as many. I think most of them will slowly come back. 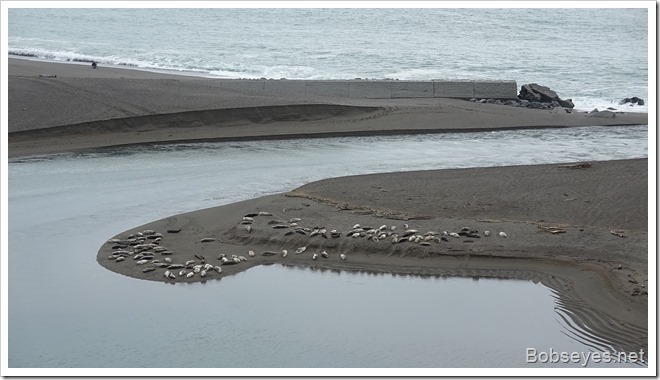 I left there and was thinking of putting my boat in the water as it looked fairly nice and for now no rain drops were falling. 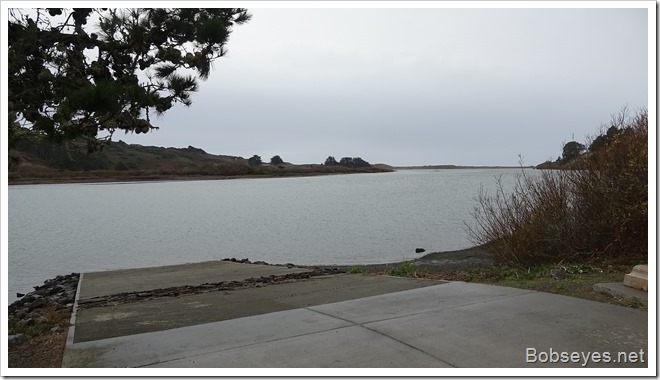 I heard some kayaks banging around and knew what it was so I went over to talk with the kayak rental lady. See her down there working on her yaks. This is looking up the river. 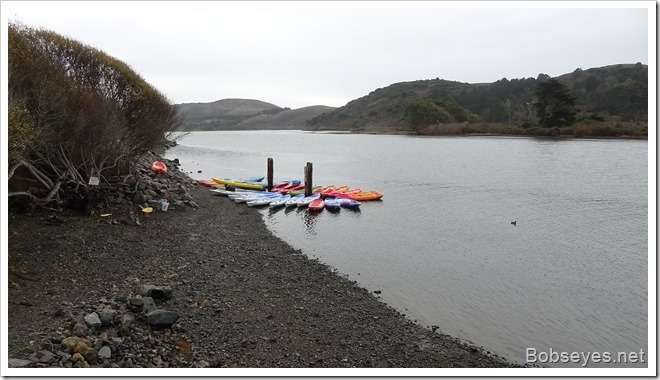 She’s hard to see as she’s stooped over working on something. 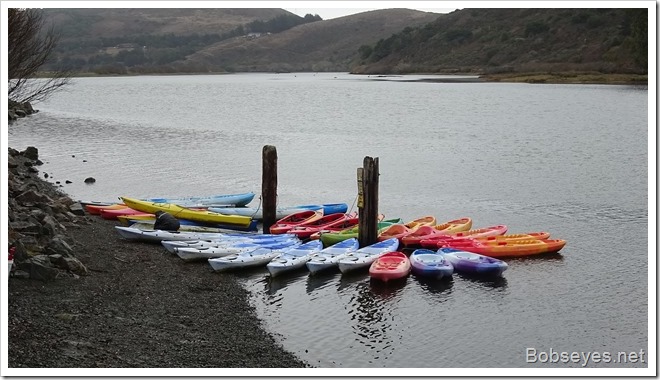 We chatted for a bit as times are tough for her with the virus thing and all.

I left her at it as the big rain drops started again a bit more earnest.

So I decided to head for the local hardware store to get a new handle for one of my Pulaski’s that had a broken handle.

They had some wooden handles but non that were just right so I bought the one that was closest for my fit and went on home to work on getting that handle onto the Pulaski.

First I had to shave it down to get it into the Pulaski hole, so I used my old draw knife until I could get it started than pounded it on with a hammer. 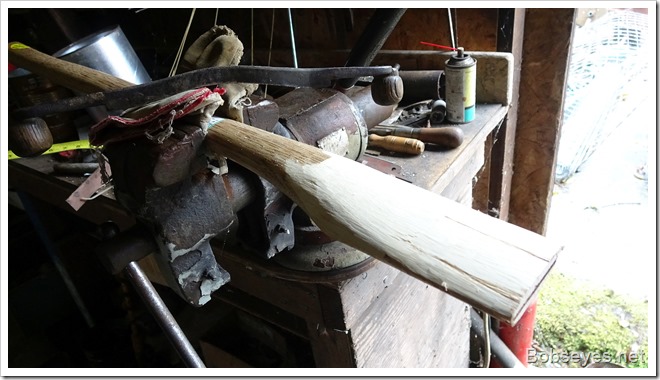 The handle is on but the wood was large enough so there is a big gap on the left side that I decided I’d fill with epoxy. 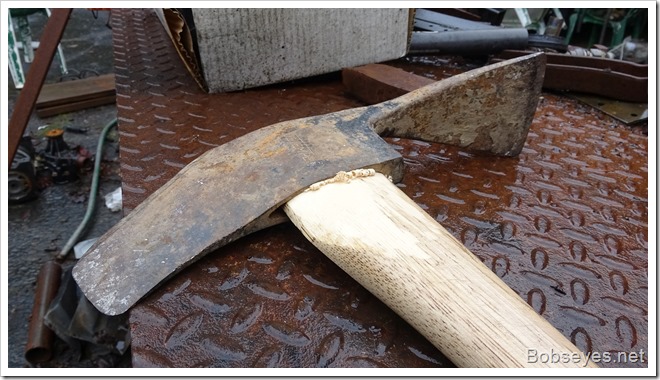 But do you think I could find my tubes of epoxy. I knew I had two packs of them somewhere so I looked and looked but no luck.

After a break and a think about it I found the new one in the kitchen drawer so I was good to go now.

I put tape on it to keep the epoxy from running through and filled up the holes with the epoxy. 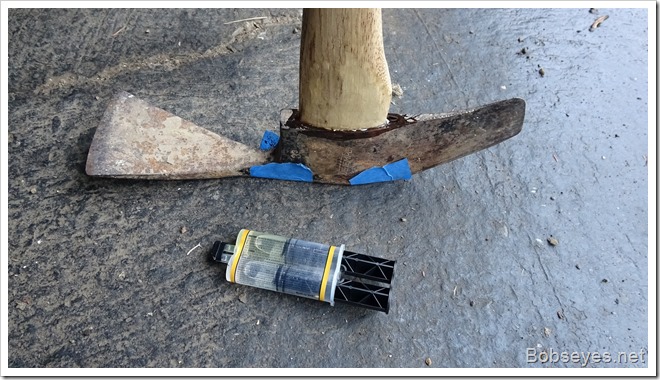 It’s good to get that done as now I can get a helper now that I have two Pulaski’s to work with. After buying the handle and working on it, I could of bought a new one cheaper and avoided all the hassle.

The last thing I did was shut the chickens in for the day. They were on their roosts early today, around 4 because of the weather. 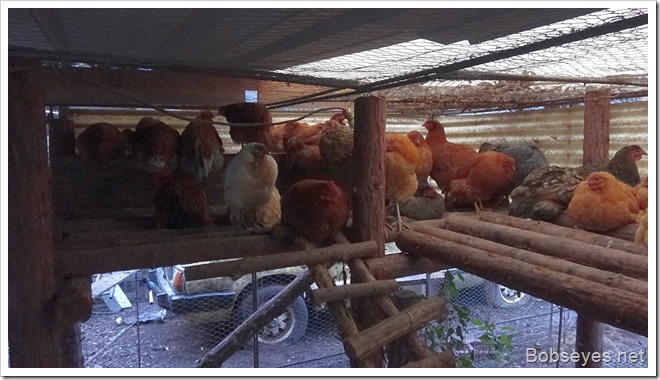 So the day turned out pretty good even with the rains.

1 Response to Ocean Drive and Repairing My Pulaski Handle