Yesterday morning while sitting at my Sun Kiss Road camp spot having a cup of coffee I spotted this big two inch long bug making a bee line for the van, or maybe it was a beetle line. It was real fat with eggs likely looking for a spot to lay the eggs. 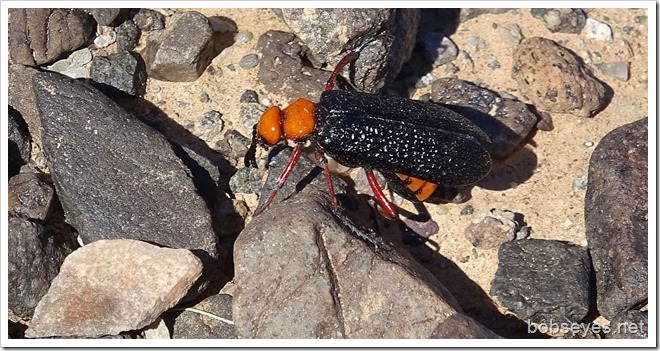 I decided my van wasn’t the place for that bug so spent some time diverting it back to where it had come from the nearby wash by me.

Checking out the horse statue

I had some time to kill so I went over to the nutty rock lady’s place as she said they would be delivering a horse statue around noon so I thought I should have a look.

By the time I got there the statue had already been delivered and looked like this. An Indian on a horse with an arrow or spear through him, on his last leg.

Here’s her project area with  the horse in place. 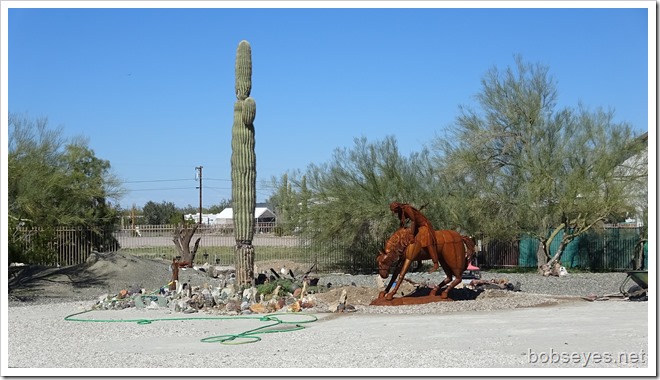 She’s got it about where she wants it and will put some cement around it. 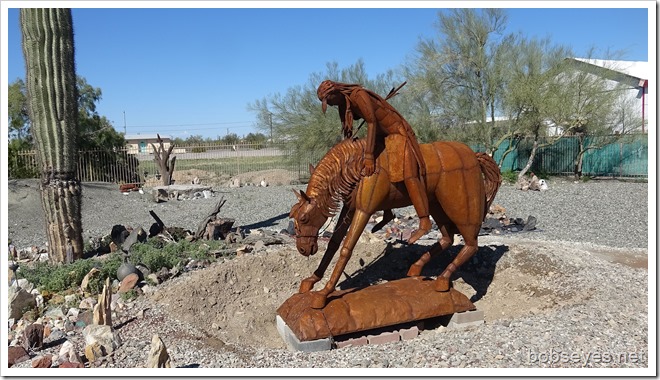 As you can see the Indian is not in good shape with that stick in him. 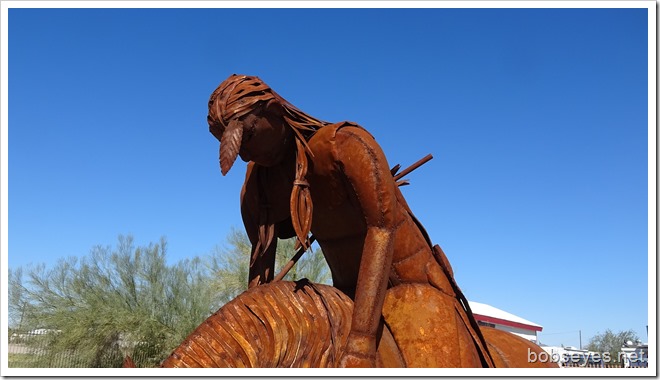 She lives just off main street and has a nice big yard for her projects. 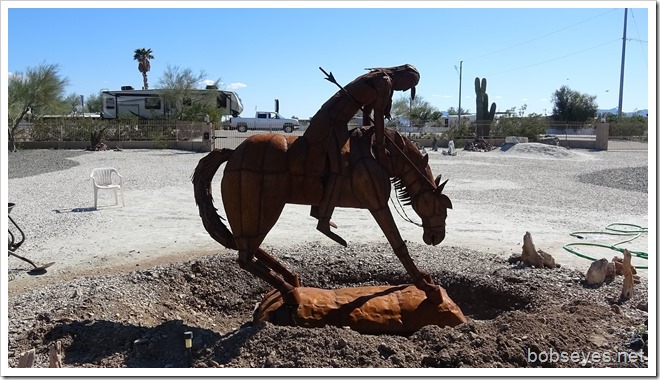 Since the delivery was done and the sun was out it was time to go in the rock house where it was cool and take it easy and shoot the bull for a few hours which we did.

Here’s a few more of her pretty rocks. She seems to have some of most everything when one looks around a bit. 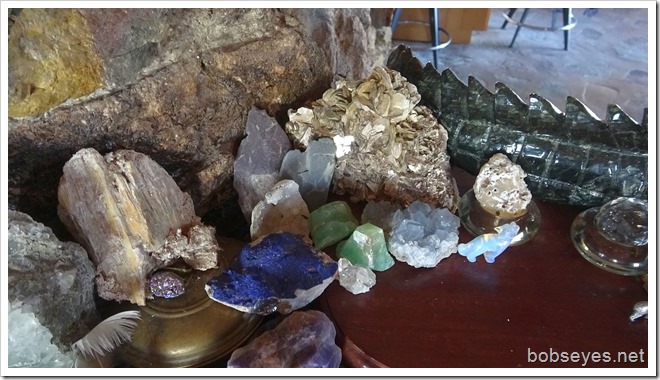 A project for me

In the afternoon I drove over to Marty and Patti’s to see what was going on as I was asked if I could get a new battery for  his RV and replace the shot one which I was going to do tomorrow.

Marty’s been flat on his back for over three weeks and in much pain no matter what position he’s in and doesn’t seem to be able to get any good doctoring down here so the plan is for another friend, Don to fly in to drive his motor home home with him in it later this week so the battery needs to get done.

Patti and I drive to Blythe

I spent the night at my Sun Kiss camp and this morning around noon I drove over to Marty’s as Patti was going to drive me to Blythe to get a battery and some new parts to mount it.

We got the battery and parts first and some shopping and then drove over to their favorite bakery for sandwiches. Not me I just sucked in the smells. :O) 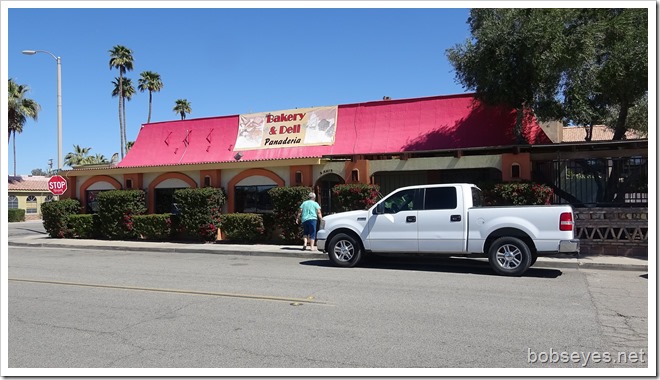 We also picked up a 25 pound bag of carrots for the rock ladies bunnies.

Once back home I got the tools out and installed the new battery and it’s new mounts. 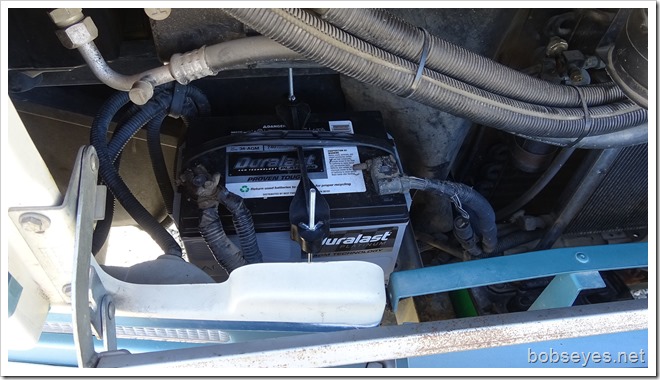 I  had Patti test out the motorhome starting it up and letting it idle for a bit just to be sure.

All was well and good to go.

My plan is to get some drinking water and then head out to the desert to camp for a bit. I’m thinking of going back out to Queen’s Canyon in  the KOFA to hike up the Signal Peak trail and brush it out as the flowers there should be a lot different now.

Of course that means no internet for a few days so you’ll hear from me when I get back.

Nice day getting a bit warm but there is a breeze.

(Visited 256 times, 1 visits today)
This entry was posted in Uncategorized and tagged nutty rock lady of quartzsite. Bookmark the permalink.