New Peeps, a Plan, Some Work and an Old Canadian Penny

First thing this morning,  more like noon I called the farm supply to see if they got any more meat bird chicks in. They said yes so I headed on over to the store. When I arrived I could see lots of action in the peeps area as lots of people where buying them. I got 9 of the Cornish game hens and two dark Brahmas. That was the last of the Cornish game hens and a good number for me. They were running out of chicks fast so I didn’t have much choice in the birds besides the meat birds and I’m happy with the brahma’s I already have, a light one and a buff so I thought I’d try out the dark brahma’s. 11 new peeps.

The store puts the birds in cardboard boxes to get them home. I gave then food and water and left them in this box in the momma chickens pen so she could hear them. I plan to give them to her after dark tonight and hope she takes care of them with her other three peeps. 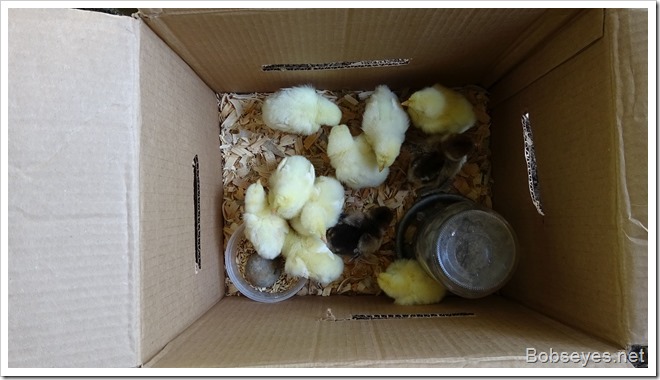 With the new pen for the mamma and chicks I needed to trim up the logs on this roost as I was always bumping into them as now the big pen is a bit smaller. And now I don’t have to duck under one of the logs to get through which is nice. 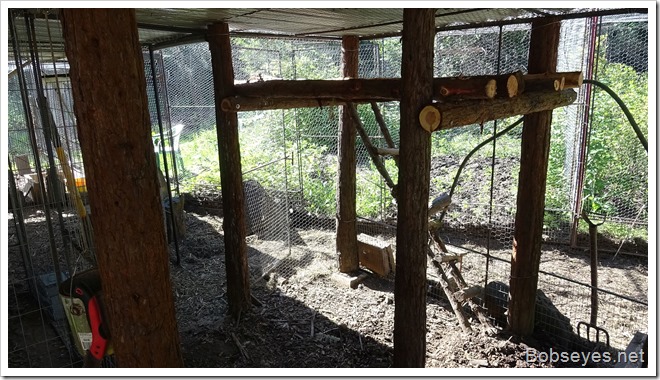 Oh, I forgot to tell you I tested my car out to see if I fixed the noise yesterday and the noise was still there so it’s something else. It’s not really a wheel bearing type noise as it’s more of clunking.

I jacked the car up again and checked out the wheel and shock mounts but I can’t find the clunk. I did tighten up the main axle nut just in case as I know from experience one of these a little loose makes the same kind of noise. The nut was pretty tight but I did get it a little tighter. I’ll just have to keep testing it until I figure it out.

Here’s two of the hatched out little peeps foraging in the mulch pen. The dark one in back is hard to see. 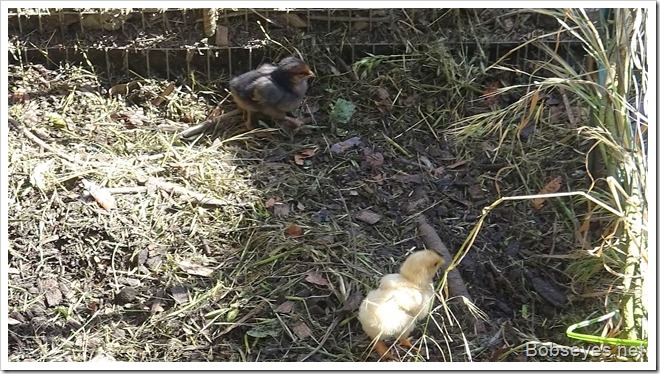 Here it is. Not sure what kind of chicken it will turn out to be. 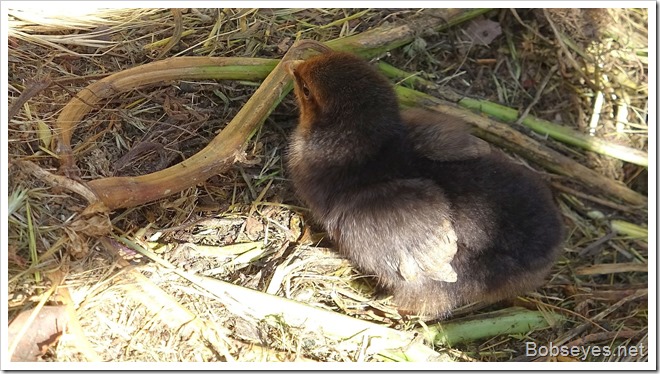 As my chickens forage around the yard they turn up everything. Even stuff from the past. My great grand pappy lived here starting around 1900 so stuff they turn up can be meaningful.

They turned up this penny about a week ago. It turned out to be a Canadian penny. 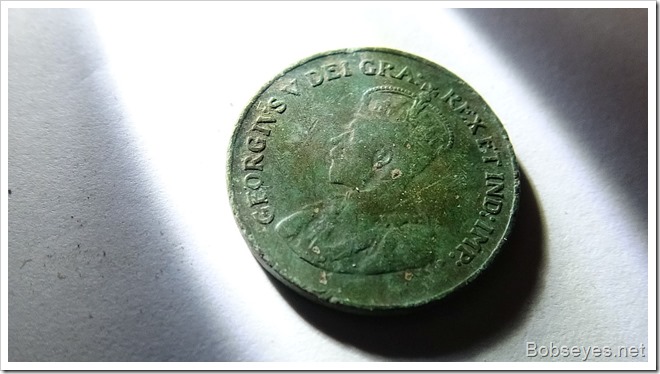 I thought it was US at first when I saw the one cent but once I got it in the house and cleaned it up a bit I could see it was a 1924 Canadian penny which was a surprise. 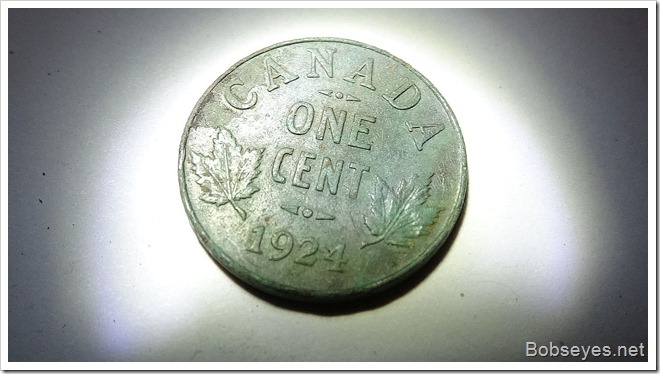 I did a bit of watering which  means I turned on some sprinklers. I’ve also been looking at the raspberry patches as they are blooming and forming berries so I’ll be eating them soon.

A bit of chair hopping and taking it easy is what I did for most of the rest of the day.

Tonight just after dark I put all 11 of the new peeps under the new momma hen without any trouble. I hope she accepts them and takes care of them. We’ll see by tomorrow how that works out of not. she now has 14 little peeps to care for. :O)

2 Responses to New Peeps, a Plan, Some Work and an Old Canadian Penny