Headed to Twin Falls and then to the Jarbidge area

The first part of  my day was mostly freeway driving or at least fast roads. Since I’ve been on mostly back roads for the last month, I’m not liking the faster pace of the freeways, but that’s the kind of roads that lead to Twin Falls Idaho where I’m headed today. 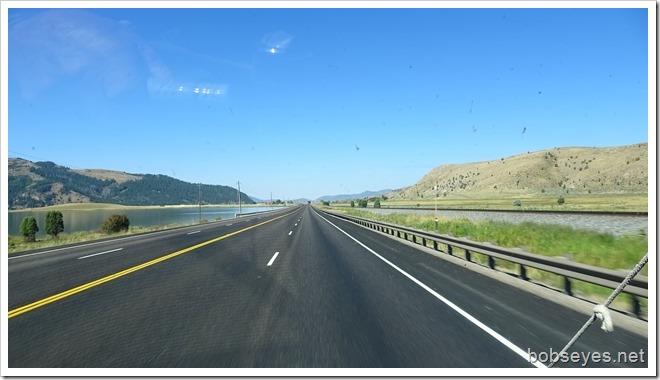 The trains seem to take the same routes and I passed a bunch of them today. 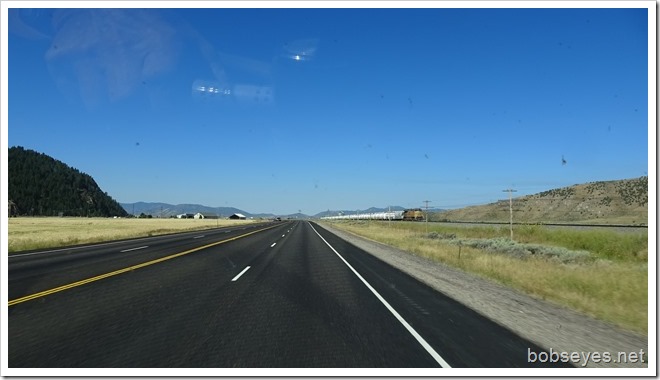 A lot of the routes I’m taking today were also the old routes the settlers took to get west in the old days.

I had a three hour drive to get to Twin Falls. I turned south onto highway 93 at Twin Falls. I was looking for a place to shop, but being Saturday, the place was mobbed with shoppers. So much traffic I missed my stores and decided to just try and fuel up instead which I did.

I headed south on 93 out of Twin falls and turned off to Jarbidge at Rogerson.

I drove over the Salmon Lake dam which is a one lane affair. 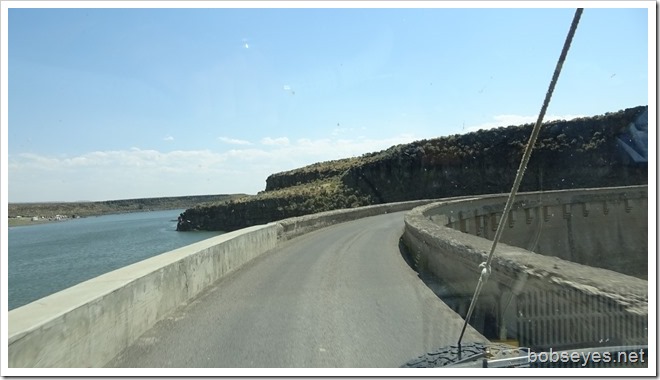 There wasn’t much traffic so the one lane wasn’t a problem. 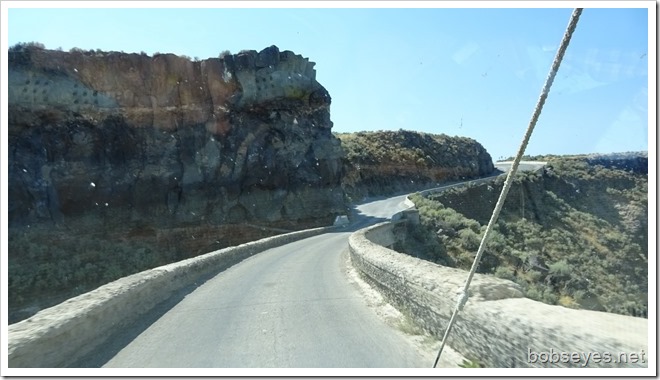 I passed through this ranch area on the way to Jarbidge. 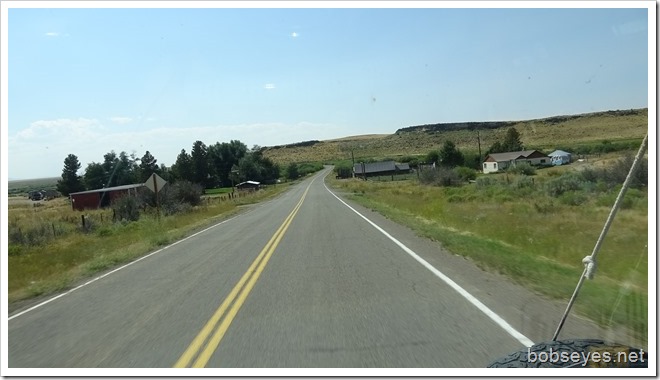 Lots of the road was straight through the desert. 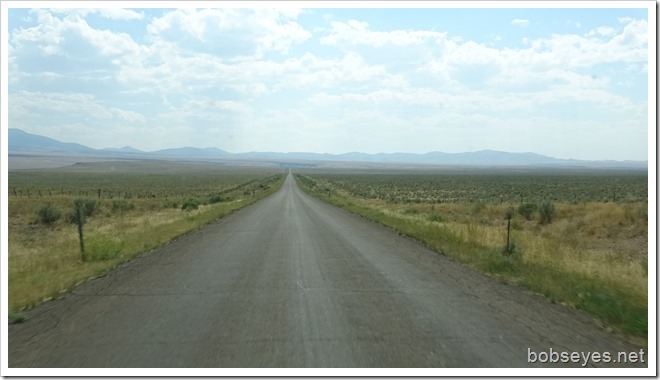 But eventually the road dropped down into a canyon with a place called Murphy’s hot springs at the bottom. 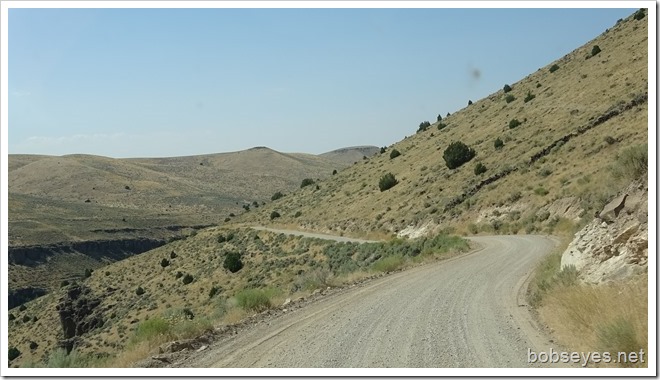 The road then went along one of the forks of the Jarbidge river. 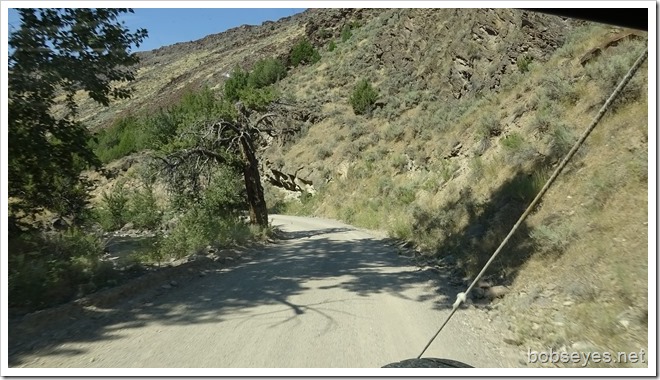 I left the Jarbidge Canyon and drove up this road towards the Diamond A Ranch. I was thinking of stopping in at the Diamond A ranch, but it was dinner time so I didn’t. 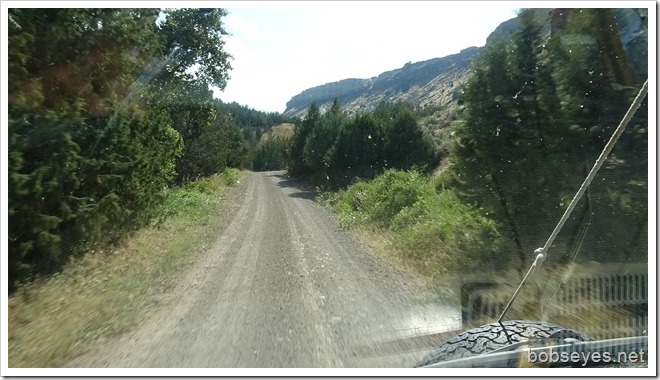 I continued on past the ranch house to this area which was still on the ranch. 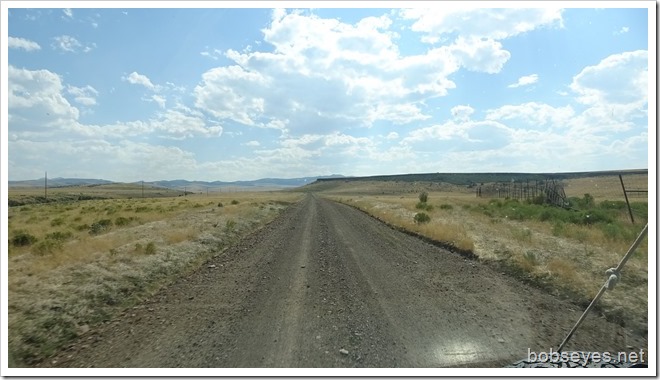 I thought I might camp by this old house so I drove over there past the bull. 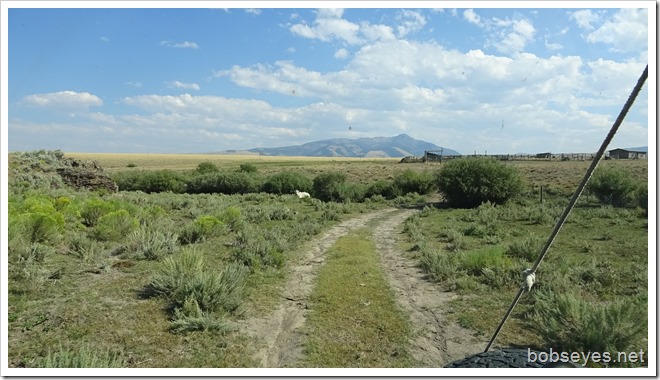 I parked and got out to check out the area, but after a bit I decided to move up the road ten or so more miles.

I decided this summit would work for a night, so pulled in to check it out. That’s the van where I’m camped tonight on this ridge top. 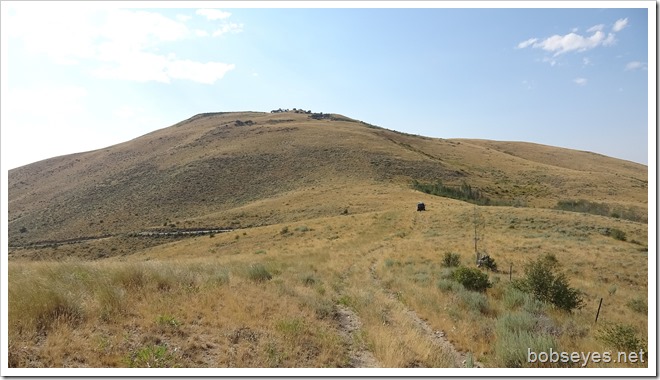 This is the spot I parked for the night. 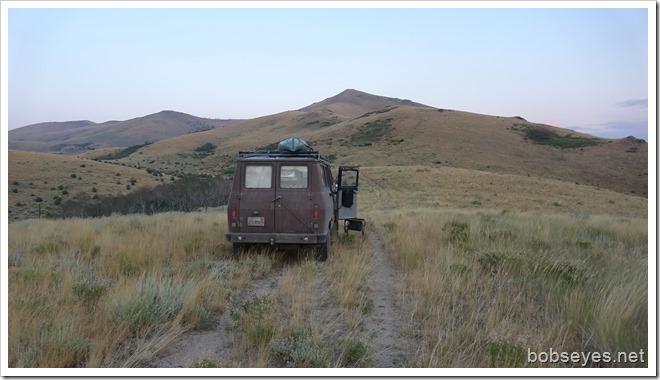 This is the view out the van’s side doors. 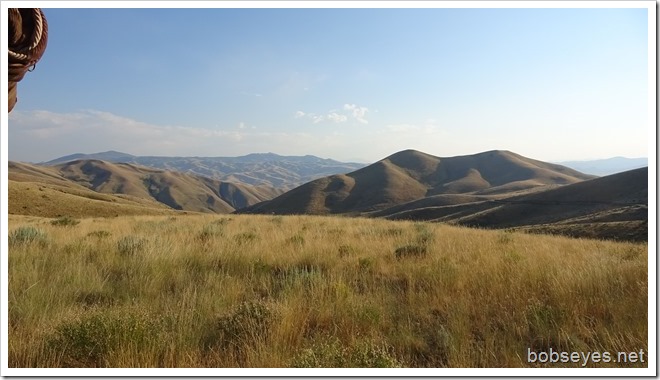 No bugs here and there is a good breeze so this should be a good camp site for the night.

Nice day except for all that traffic I had to drive in.