Not a Good Idea to Stir Up a Yellow Jackets Nest

I thought I’d see about where I’m going to put the new pipe for the new spring. I need to hook it into a pipe that is already there coming down the hill so I needed to go up and have a look at the pipe to see  what I needed to do.

On the way up I grabbed these two apples for eating later. Very tasty. 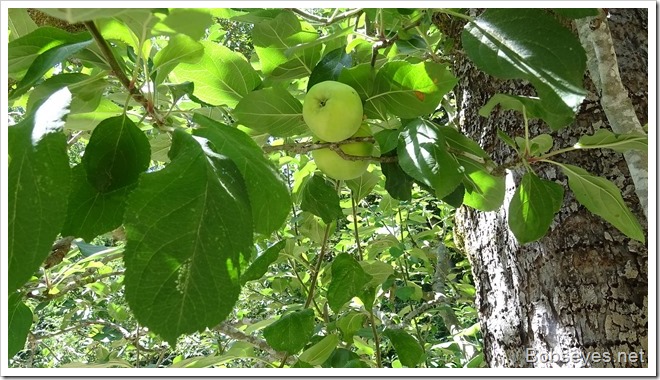 Rounding up some pipe

I rode my brother’s bike up to were I was tapping the new spring and determined that I’d have to move the older spring pipe down the hill a ways to connect the new pipe into it. So now I needed some pipe so I rode over to this water tank of my brother’s which I just got the water flowing into the other day. 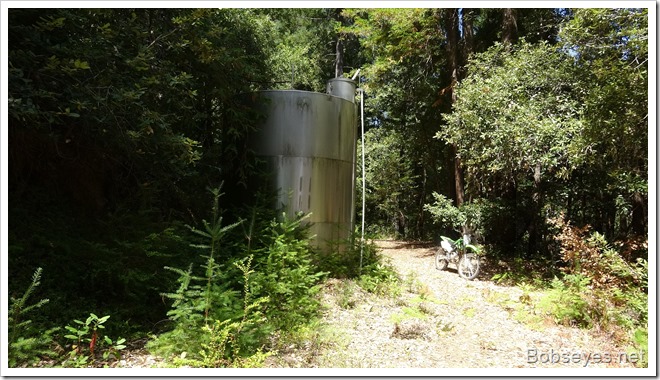 I knew there was a piece of black pipe up the hill behind the tank so I walked up the hill to find it through here. 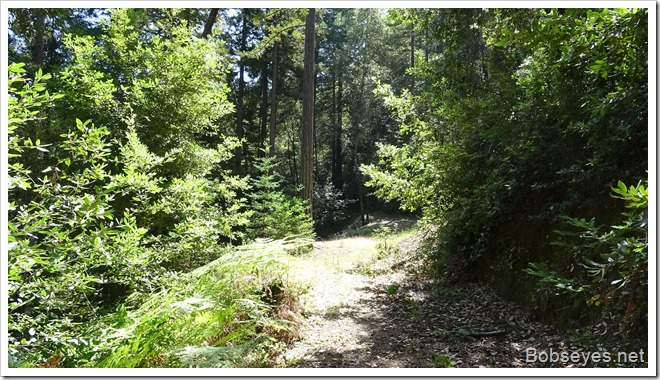 I found the pipe here and pulled it down the hill. 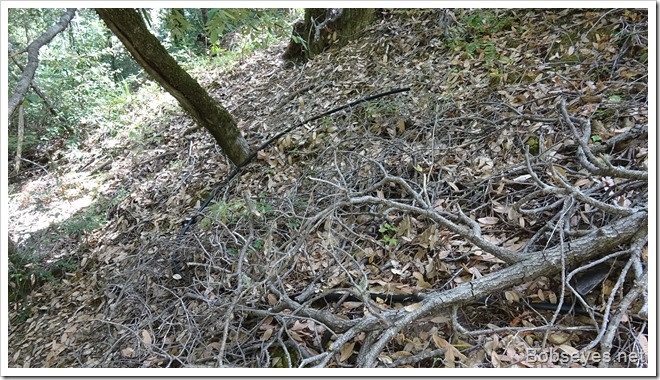 I pulled the old pipe down to here so I could grab it with one hand and use the bike to take it up to the new spring area where I need it. 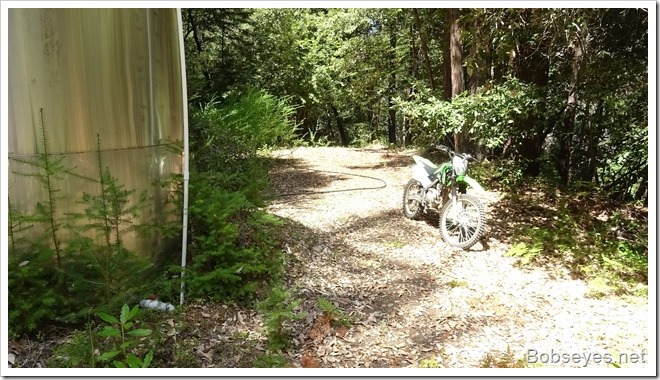 I made it up to the new spring area with the piece of pipe. 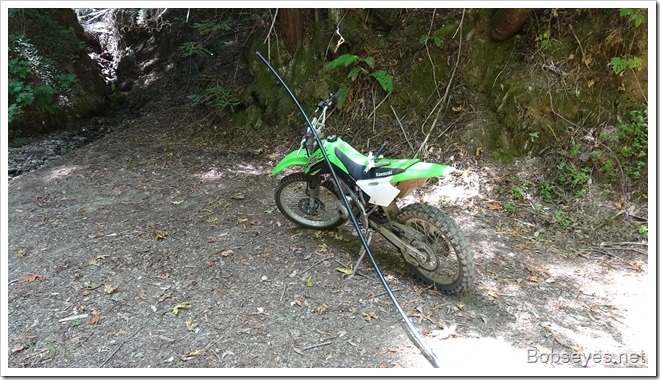 I installed that piece of pipe but it was way short.

From there I started clearing a way for where the pipe will be relocated just below where it was now. I was moving brush and on a very steep part of the hill when all hell broke out.

All of a sudden I was getting stung from all directions and I could hear buzzing big time. Now I’m wearing loose genes with suspenders and a tee shirt not tucked in so I’m a bit open in the back and that’s where they concentrated their attack. The got my upper butt and lower back a half dozen times or so. One on the left side of the neck which hurt the most and about three on each arm but I  didn’t know that at the time.

The thing you do when you are getting stung from an unknown source is run like hell so I did swatting my pants as I went through the brush on the steep hillside. I was loosing them but there were some in my clothes when I slipped and slid down the hill fifty feet or so skinning up both elbows but not really hurt much. Some yellow jackets where still after me so I had to keep moving but every step up the hill just caused me to slide down some more so I tried another way in desperation and was finally loosing the yellow jackets except for the ones stuck in my clothes which I continued to swat when I could. Lucky none got me on the head. I wasn’t sure if I’d have a reaction with that many stings so I hopped on the bike and started down the hill but things seemed ok so I stopped at this spot and checked out another spring, although the stings did sting a bit. I guess that’s what sting do eh. 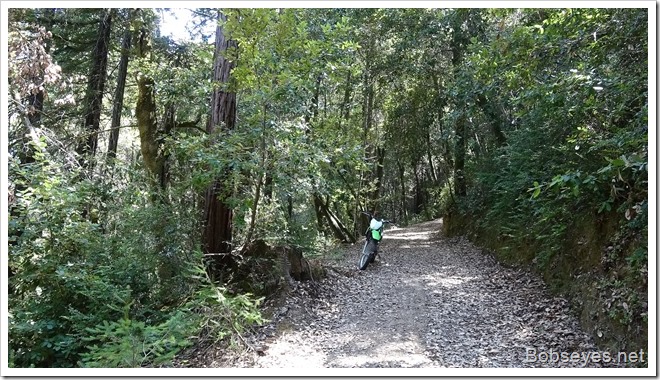 Not enough pennies for all that Patsy, I think you said to put a penny on a sting? I couldn’t hold them all on anyway. :O)

Nothing to be done for the stings except to tolerate them until they stopped stinging.

I stopped at my brother’s garden for some treats. I grabbed a few of these fresh prunes. 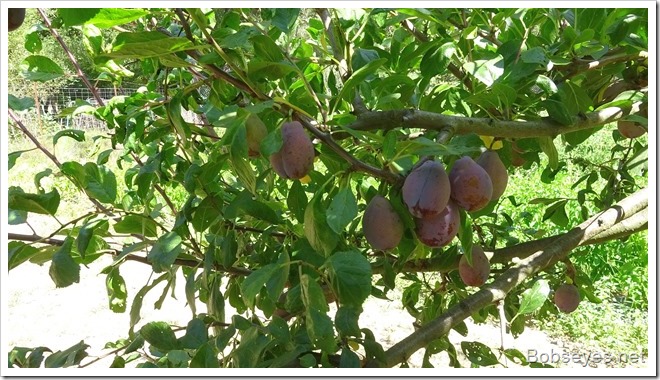 And of course a few strawberries. 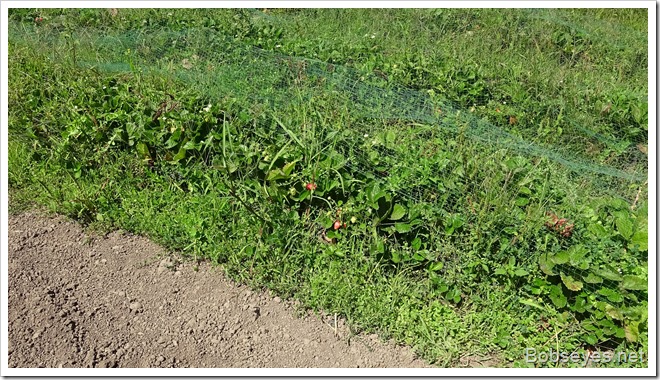 I was eyeing one of his carrot patches and found a few. 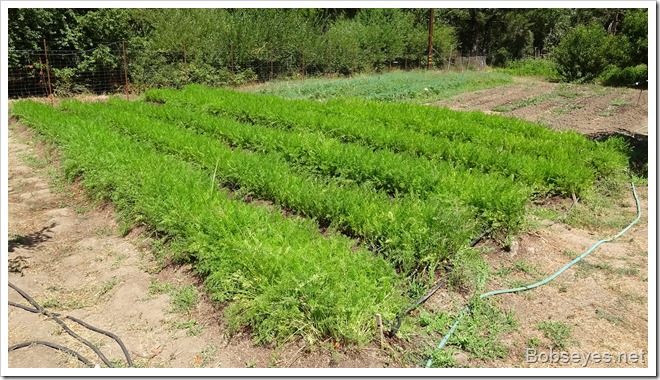 I found some water and washed these carrots off and ate them. 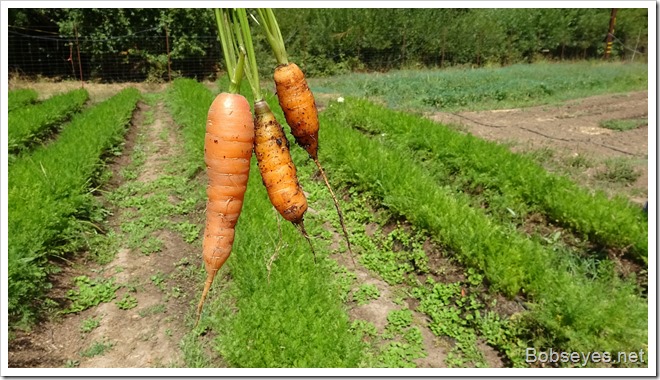 Those stings are going to hurt for awhile

I rode the dirt bike on home and spent the rest of the day puttering around waiting for my stings to stop hurting. It’s after dark and they still hurt pretty good so I guess I’ll just have to sleep on it.