No Propane, No Breakfast and a Lazy Day

I tried to cook something to eat this morning, but the propane stove wouldn’t light. It’s been a couple weeks since I last filled up, so I was pretty sure the tank was empty.

I checked with Steve to see if he was still interested in going fishing drifting down the Sixes River, but he was feeling lazy and so was I so we didn’t do that.

Part of the reason we were feeling lazy is it’s been a bit on the cold side around here lately although the sun was shining brightly today and the wind was down, but it was still cool.

I drove into Port Orford and stopped at the first propane sign coming into town from the north. The only problem was his propane hose was real short and wouldn’t reach the tank that is mounted under the van. He sent me down to the Chevron station where I was going next anyway.

The lady there filled the tank, I paid and then did a bit of shopping at Ray’s market, just up the street. 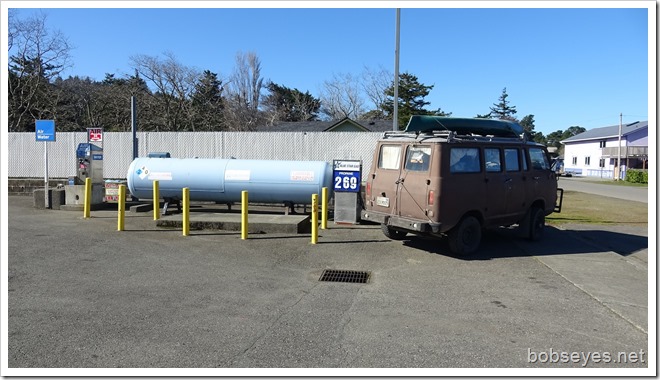 When I got back Steve said he wanted to take some buckets down to a gravel pile by the river and get some rock for his yard so I went along for the ride.

Here’s Steve at the rock pile. I took a walk down to the Elk River while he worked away. 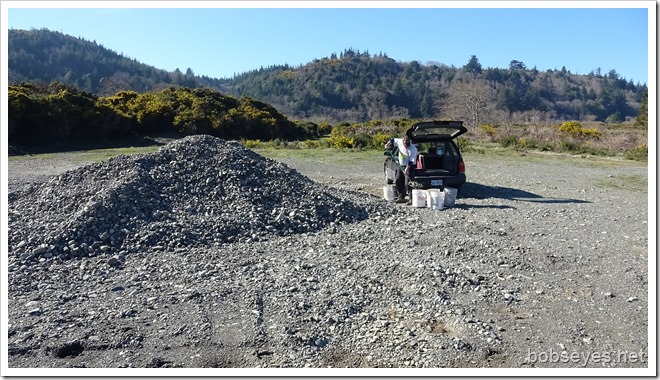 While I was checking out the river this drift boat suddenly appeared in front of me drifting down the Elk River. 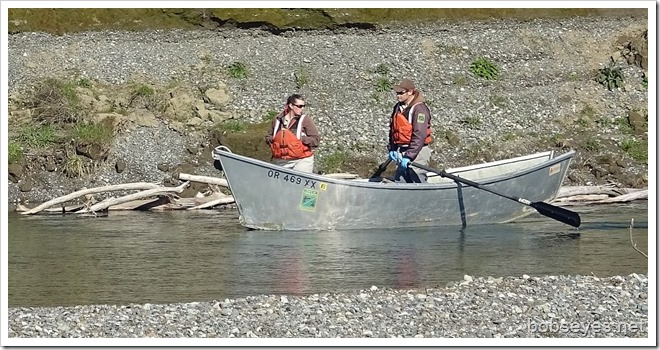 While I watched this pontoon boat also appeared. I watched as they drifted by. 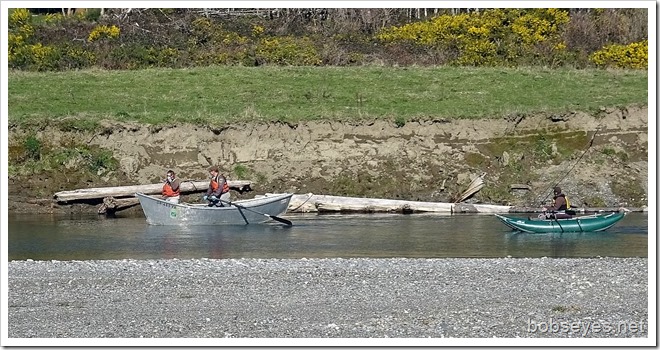 I heard Steve slam his car’s door so knew I better get back as he would be leaving.

He repeated that trip several times while I did some reading in my van.

He’s installing the gravel to keep the mud down. I continued to supervise the job. 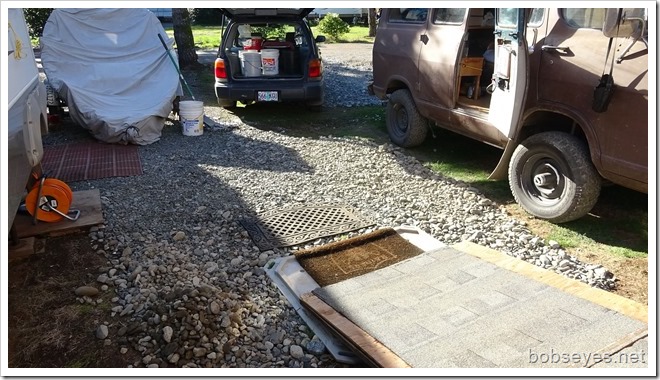 While he was gone on one of his rock loading trips, I checked the van’s engine fluids and looked over the engine because tomorrow is a travel day. I’ll be headed on home about a nine hour drive back to the Russian River in California.

So tomorrow morning I’ll load up and be on my way.

1 Response to No Propane, No Breakfast and a Lazy Day