No Power, Drizzle and the Forest Smells Like Rain

No power and rain

Just before I got up this morning I noticed the power was off. I got up and noticed there was  a real light rain outside, more like a drizzle.

I had to light the gas stove with a lighter to get my cup of coffee to get it going. As long as it was drizzling I had two cups.

By the time I went out to check on the chickens the rain wasn’t doing much but it keep at it for awhile yet.

I fed the chickens and checked on their water and gathered eggs which it was still a bit early in the day for so there was only one so far.

Meat birds have it good

Here’s my meat birds, the white ones. They’ve had a good life for meat birds as they’ve been able to run all around, something most meat birds don’t get to do. Because they get to run around they take a lot longer to put on weight, but they are getting there. 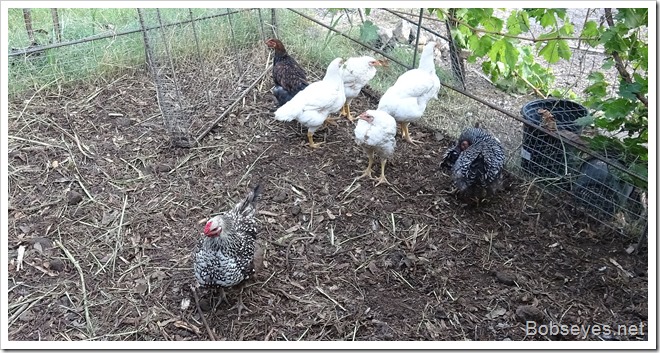 Feeding in the mulch bin

These guys have found something to eat in the mulch bin. I looked but didn’t see what they were eating. 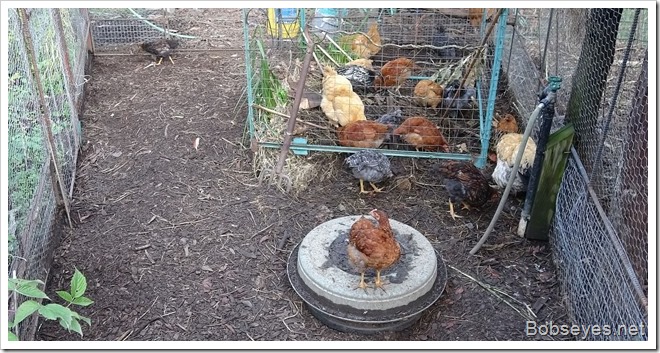 Here’s a couple young ones taking it easy after I fed them. 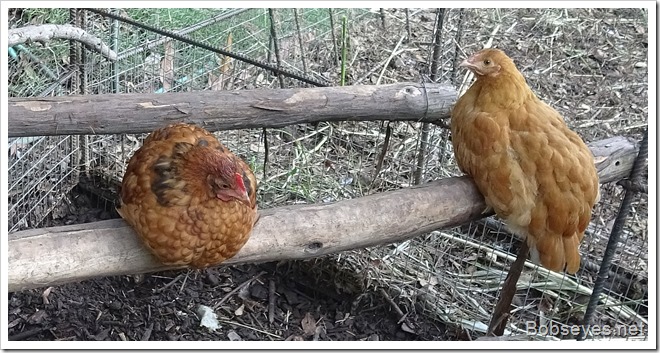 With the power out I had to change my jobs and do ones that didn’t need power. I had some repairs to do on the old bridge so I worked on that for a bit. That meant packing some old bricks to the bridge and using them to patch up some holes. I worked on that for several hours.

I wanted to put something around my avocado tree’s trunk. I had a short piece of plastic culvert I thought would work nicely so I rounded it up and plugged in the saw to cut it but the darn saw wouldn’t work. I checked the cord before I realized the power was off so I put that aside until the power comes back on.

I’d been walking by this old apple orchard all day working on the bridge, so late in the afternoon I decided to go over there and steel a few apples from my neighbor.

I went through this old gate. Notice all the apples on the ground. 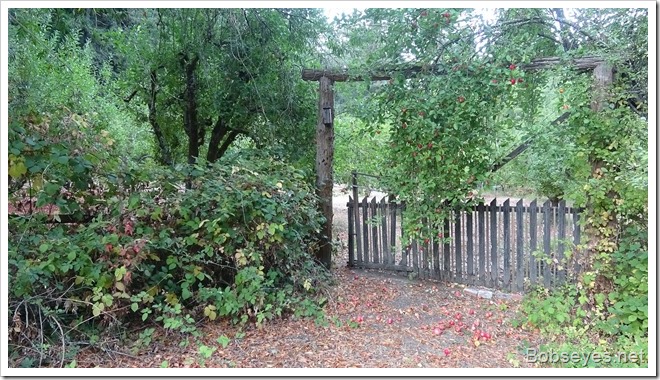 Steeling apples here since the 1950’s

I’ve been steeling apples from here since I was a kid so I know which trees have the best apples on them so that’s where I went to pick. 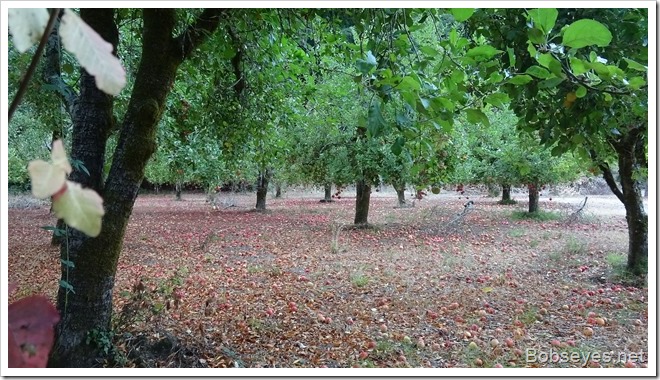 Here’s one of the trees I picked from. 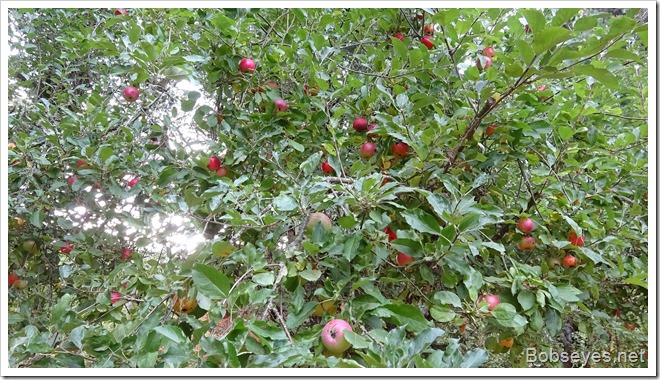 These apples are called Roman beauties and they are and very tasty too.

My booty for the day. 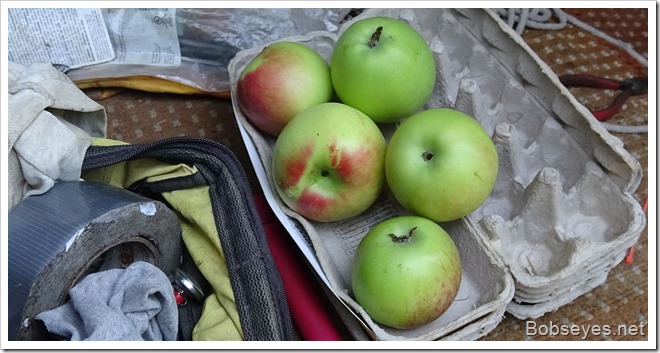 The power came back on around 6:30 so I grabbed my power saw and cut the piece of culvert so I could get it around the tree leaving enough plastic to still hold it all together.

Here’s the culvert around my avocado tree’s trunk. 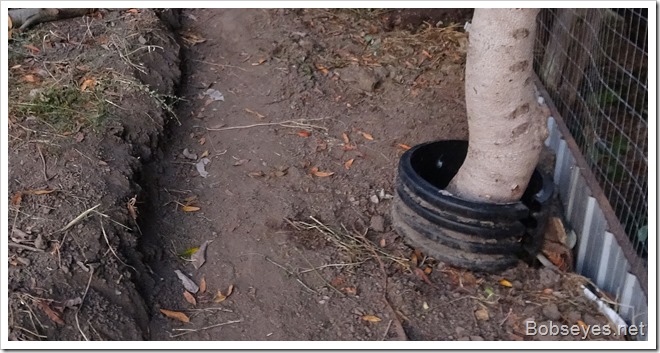 I got that done just before dark so that pretty much was my day. The little drizzle we had was refreshing and makes the forest smell a certain way, like a rain. :O)