No Peeps, Raspberry Patch Leak, Rats and a Little Work Attaching the Roof

No peeps yet, but soon

I thought maybe we’d have some peeps out there this morning when I got it going so I looked but not yet. They are supposed to be here no later than tomorrow, about thirty of them and I don’t know how many my brother Tom got for himself, but way more than me as he sells eggs at the farmers markets.

I didn’t really have any set plans to do much today as I thought the chicks might arrive so I mostly took it east again, but I did get a little work done as usual.

Fixed a leak at the raspberry patch

I did visit my brother’s raspberry patch several times. The first time the auto watering was on and there was a fairly big leak so I went over and found Tom to get a connector fitting to fix it. Looks to me like a fox bit the tube to cause the leak.

I did eat a few berries they are nice big ones, not real sweet yet, but still good. 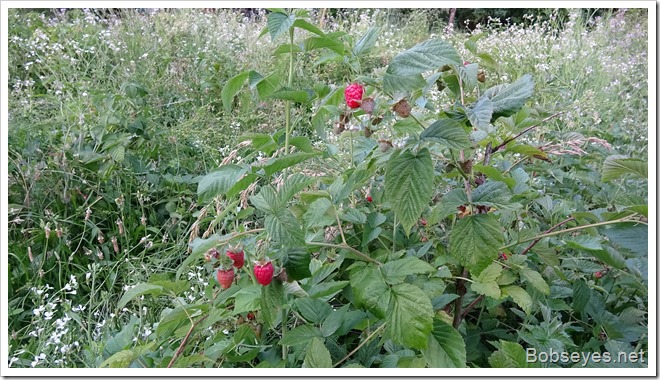 Dealing with the rat

Where I planted the wild bird seed and didn’t cover it very well a lot of birds have been feeding on the seed, after all they are wild birds so I’d expect that. But I also saw a rat out there eating it too. Rats seem to be a big problem for people with chickens as the food and stuff that is out attracts them at night. Every one with chickens I’ve talked with said they have a problem with them.

So I borrowed a rat trap from my brother and baited it with an almond and put it under this plastic box to keep from getting any birds. 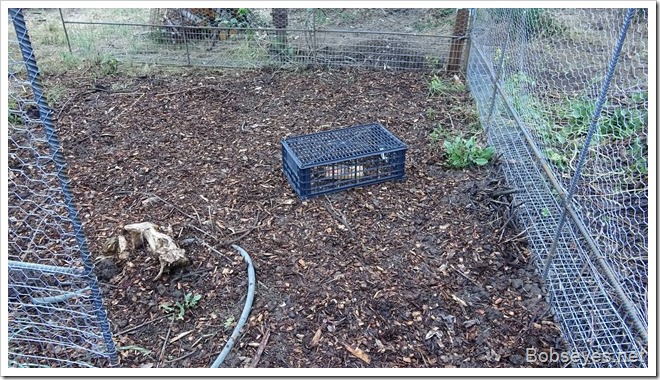 You can see the rat trap better, eh. 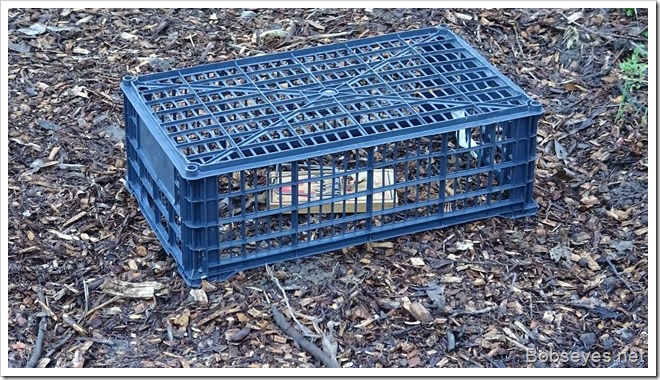 Marty who has a van like mine has been having some problems with his van running poorly sometimes so I spent some time thinking on his problems and emailing back and forth. He’s coming by with the van tomorrow to see if we can figure something out. We’d like to get his van working properly so we can be off on a trip to the desert soon. But right now his van is not reliable enough to take on such a trip.

A bit of work got done

One of the things I need to get done is to wire the chicken run roof down to keep the wind from blowing it away. I drilled small holes in the roof material and put some steel wire through it to fasten it down. 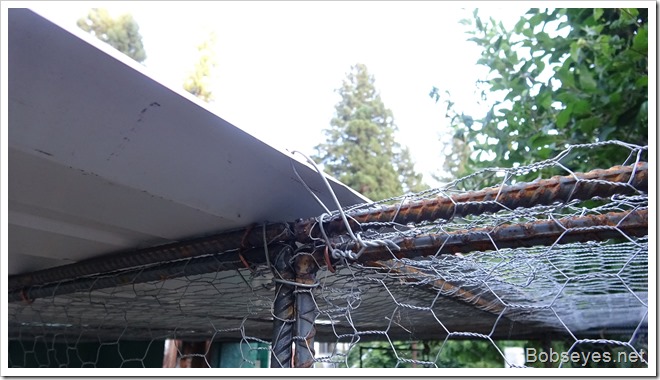 I got about half of that done and took the rest of the day off chair hopping and planning my next move to get this project completed. I still have to make some ceiling panels and build roosts and nest boxes and likely some more stuff I haven’t thought about, but I’m getting there.

That was my day for a relaxing one.