A night out crabbing

Here’s what the wharf looked like as we drove on in. The bright light is a fishing boat in the water moored to the dock for the night. 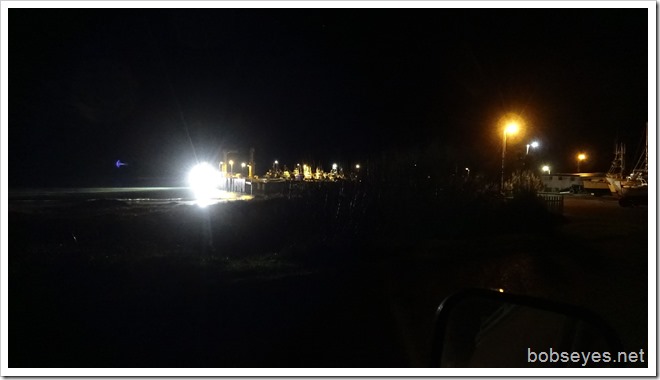 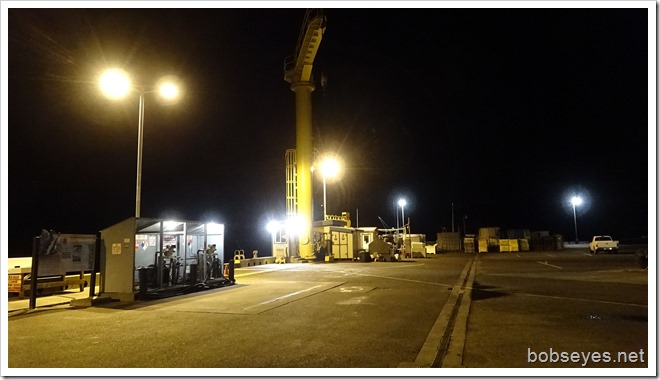 Most of the fishing boats are on trailers for the night. 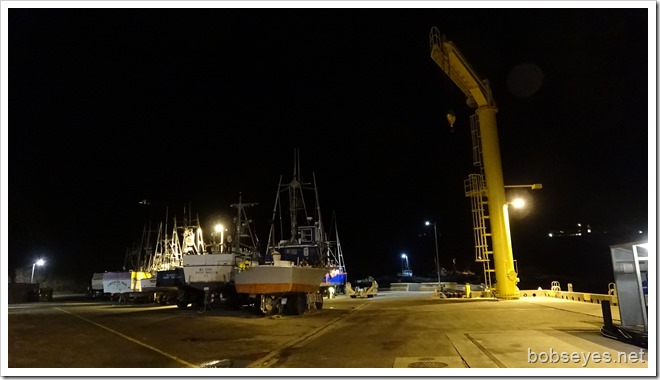 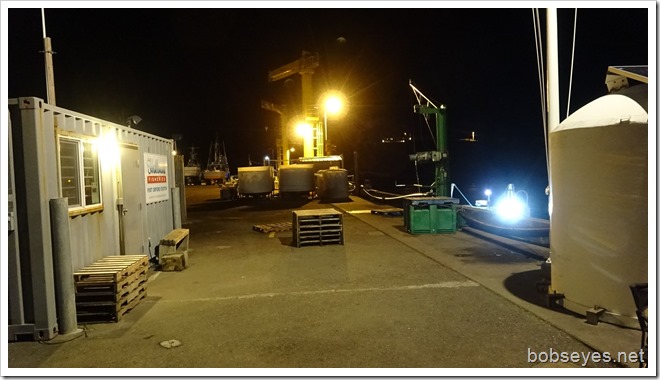 This is the boat in the water that had the bright lights which are now off. It’s the new aluminum boat I took pictures of a day or so ago. This is it’s first crab season. 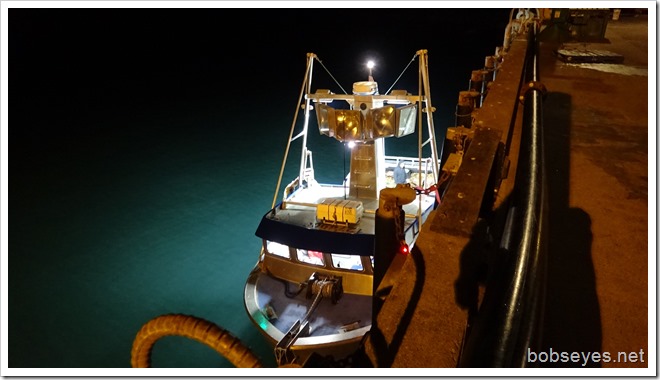 Crab season starts in the morning

The guys on the boat were local guys and fairly friendly. They were waiting for tomorrow morning at 9AM when the crab fishing starts. It turns out that they can put out their pots 72 hours before the actual season starts at nine in the morning when they can actually start harvesting the crab from the traps. 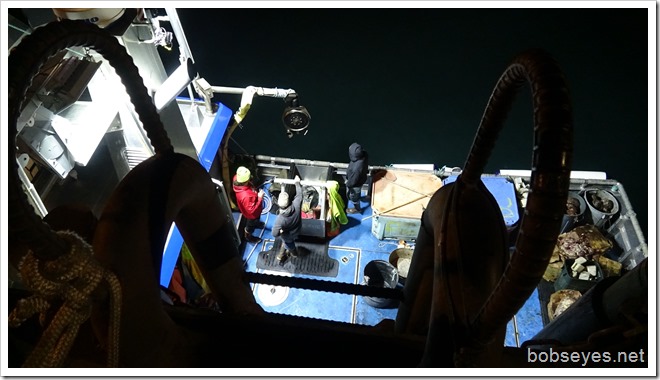 I noticed this boats crab bait was different than the others were using and wondered what it was. When they were loading it, it sounded like rocks which meant it was frozen hard. 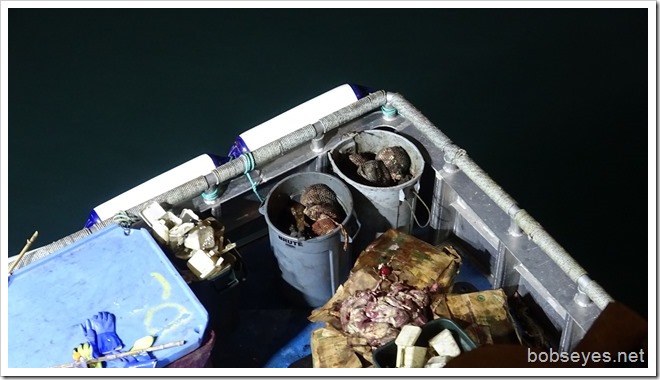 I couldn’t figure out what it was. 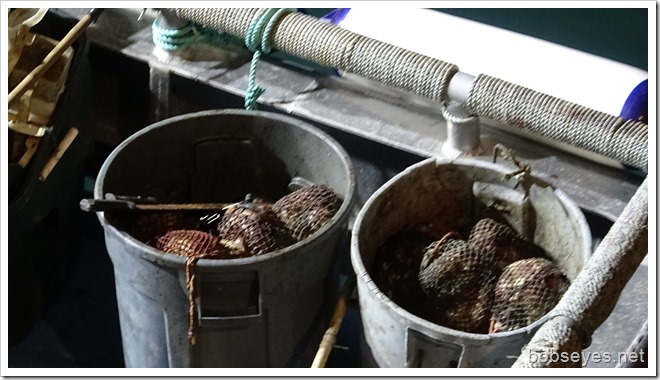 We met Leo from the boat and a local guy down here. He was some what of a night owl so we shot the bull with him most of the night. 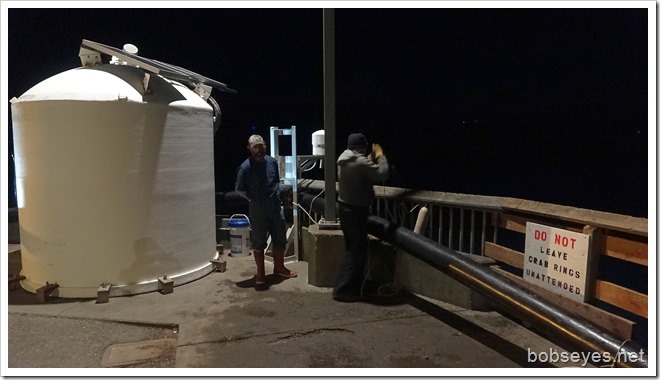 So I asked Leo what is it they were using for bait and he said mink. What? Yes mink he said.

Turns out they get the carcasses from a mink farm that takes their fur and no longer has much use of the dead bodies. Leo says they make good crab bait.

We got a lot of other info out of Leo until he went to bed around two AM. Once the season starts at nine in the morning the work is on and they won’t get much sleep for days.

Here’s Steve setting up one of his crab traps that he will throw over the side into the water about fifty feet below. 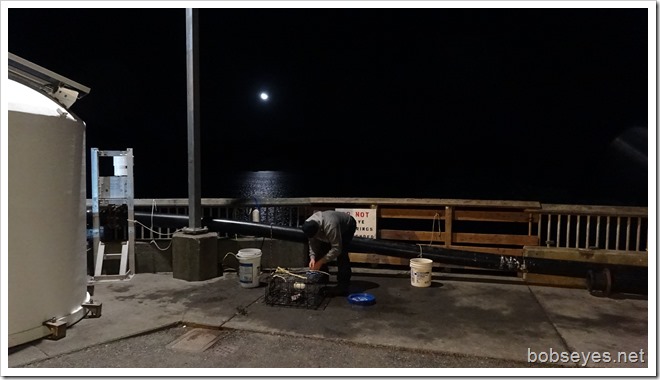 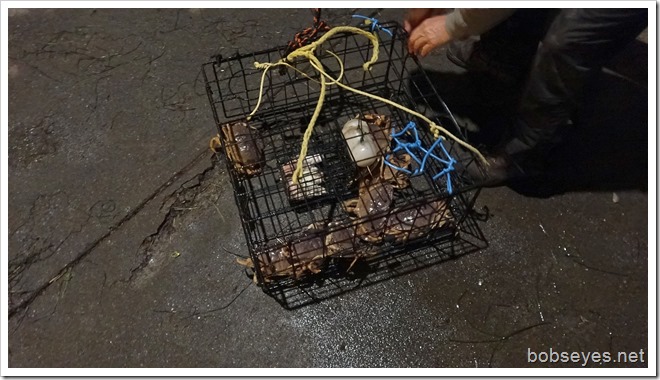 It got cooler at the night progressed so Steve got his stove out which only helped a little. 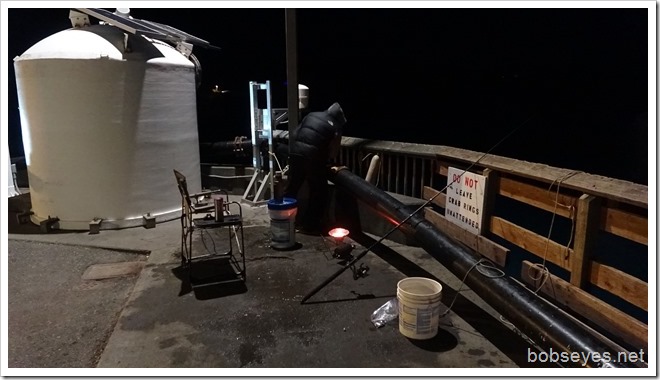 One of the catches before sorting them out. I think he was able to keep two out of these. 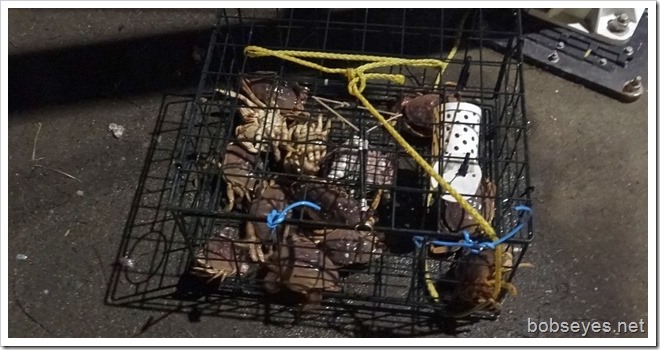 He was doing better with his ring trap as far as catching legal male crabs. 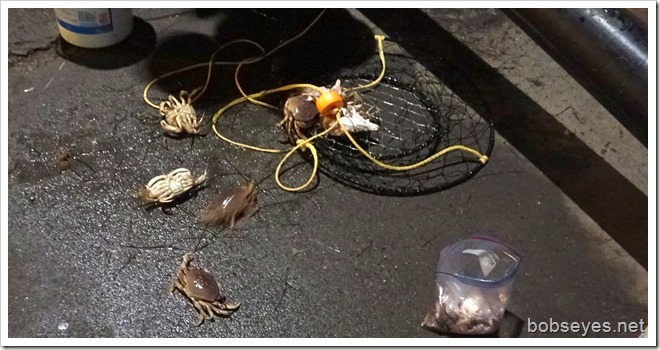 We pulled up the stuff and left around 3:30AM and went on home and went to bed.

The next day when we finally got up around noon we cooked and cleaned the crab. We had 8 legal ones. 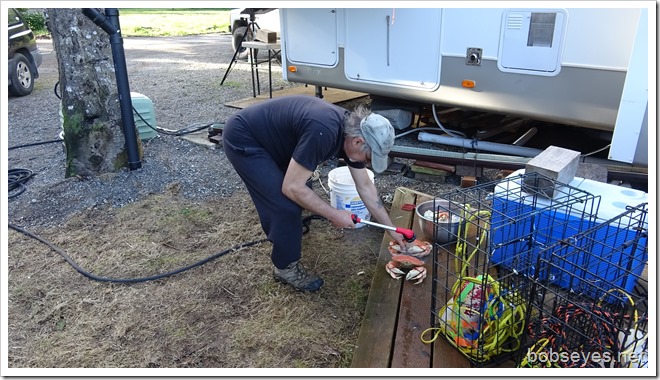 Fully cooked and ready to clean Dungeness crab. Nothing like fresh crab. 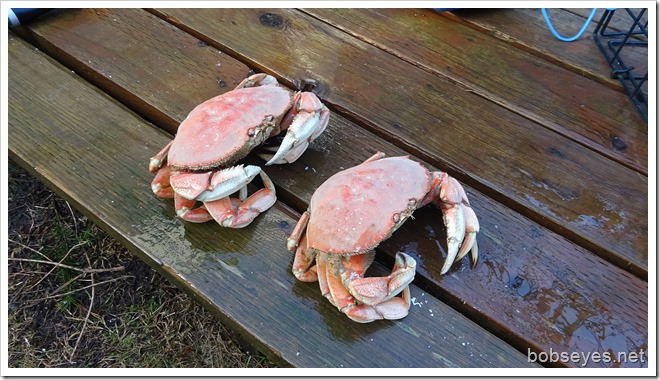 Steve doesn’t have a big cooking pot so it took most of the afternoon to get them all cooked and we’ll have some for dinner tonight.