Nice Spring Day For a Dirt Bike Ride and a Visit

As I got up and looked out the front window I saw my brother Barry pull in with his dirt bike in his truck. I needed to eat so I went out and told him to go for a ride and come back in an hour and we’d ride up and visit some neighbors that lived up on the hill tops.

So he took off and I cooked my dinner which I eat early in the day because of my corn thing if I eat later I itch all night and can’t sleep much.

So he returned and I got my dirt bike out after calling my neighbor to make sure they were at home. 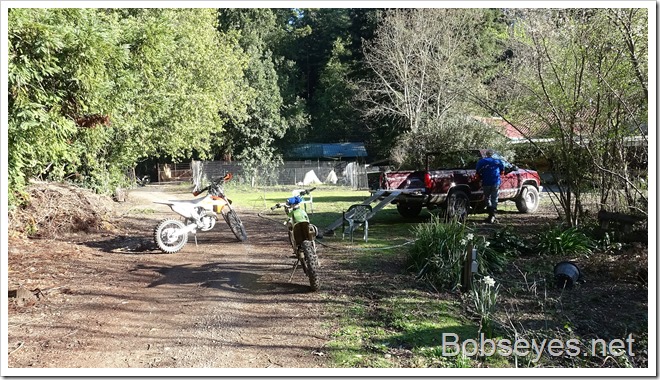 We rode up into the hills and I ducked through a hole in their gate and rode on up this road on the neighbors place. For some reason Barry wasn’t behind me after I went though the  hole at the gate. 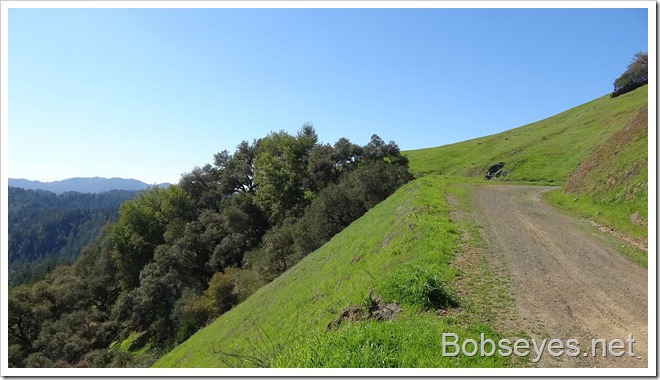 This was the view from that road where I turned around to find out where Barry was. 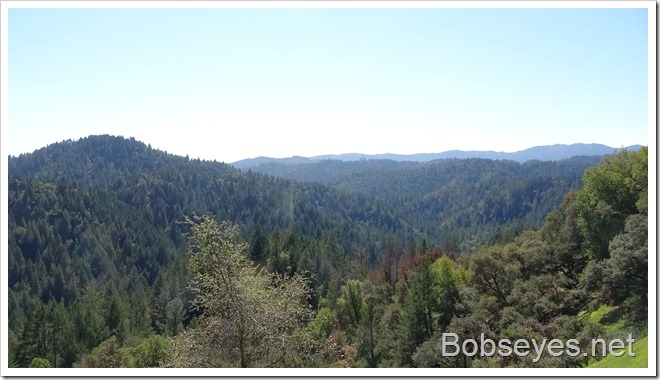 It turned out he couldn’t get that big bike of his through the hole in the fence I used. Lucky for him he remembered the gate combo he got during the recent forest fire. 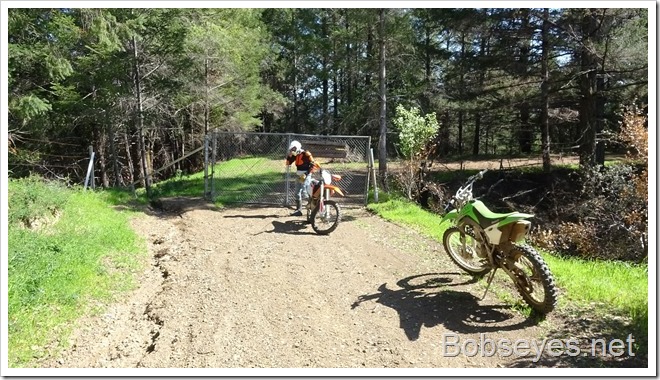 We made it up to the neighbors place and shot the bull with them for a couple hours or so some about the old history of this area.

They presented us with these tee shirts. 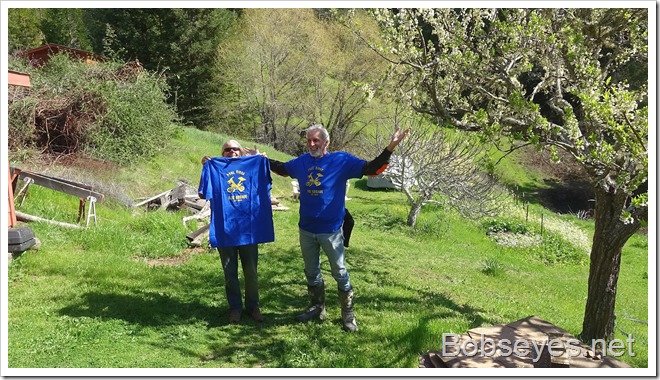 The neighbors aren’t much for pictures so I tried to keep them out of them mostly, behind the shirt. And Barry is just checking out what the shirt says now that he has it on. 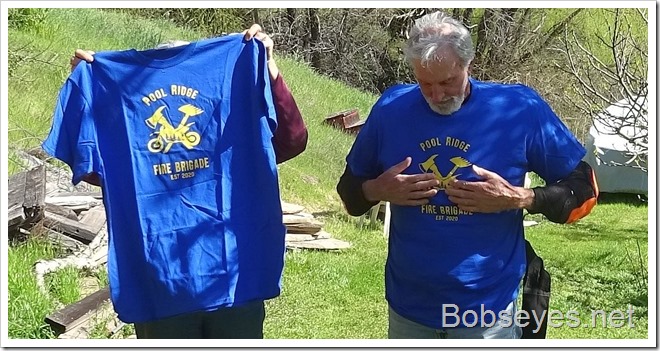 It says Pool Ridge Fire Brigade. They bought them for all the neighbors that stayed and helped out with the recent forest fire. 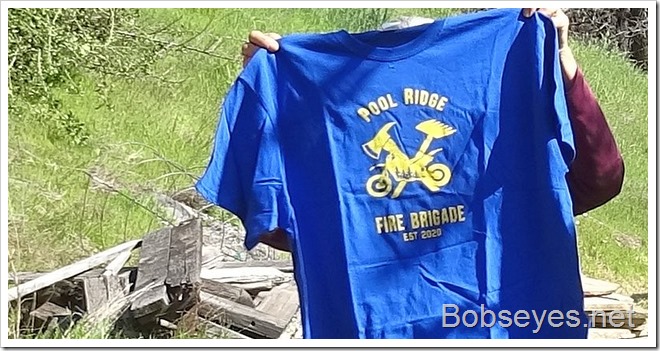 We stayed quite awhile and the day was getting on. The sun would already be down where I live in the valley but not up here in the hills.

Through the gate hole

We got to that gate again and Barry tried the hole in the fence and lost it as his bike slid into a ditch there but he eventually got through the fence. 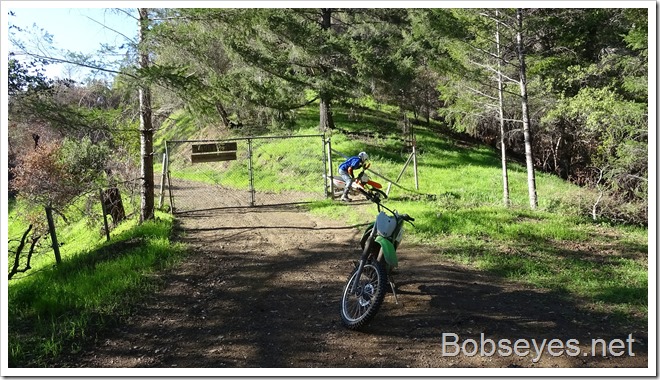 Getting back to my house from the neighbors is a pretty good ride so we didn’t take many side roads on the way back.

Barry loaded up his dirt bike and my brother Tom drove up in his golf cart so we shot the bull for a bit before Barry took off for home. 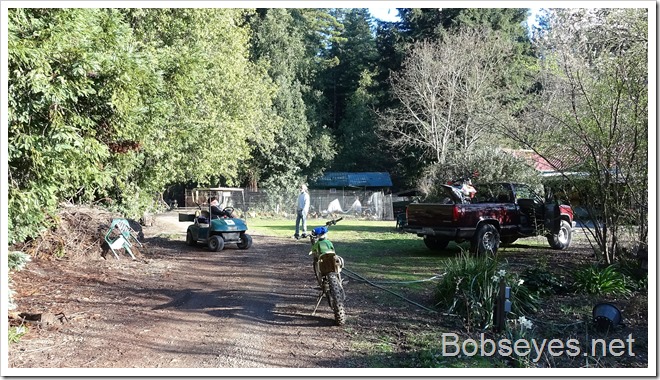 It was a nice sunny spring day, a great day for a dirt bike ride up in the hills with all the green grass and wild flowers just starting.