It was a fine day as I pulled into Jenner just after noon today. The sun was out and the wind was low which should make for a nice paddle day.

I put my boat in the water and paddled over to Penny island to decide which way to go today, up or down river. I was thinking up river but as I sat there, I changed my mind and decided to go down river as it looked so calm down that way.

I paddled along the island and pulled into this sit spot where I sat for a good spell just watching and checking stuff out. 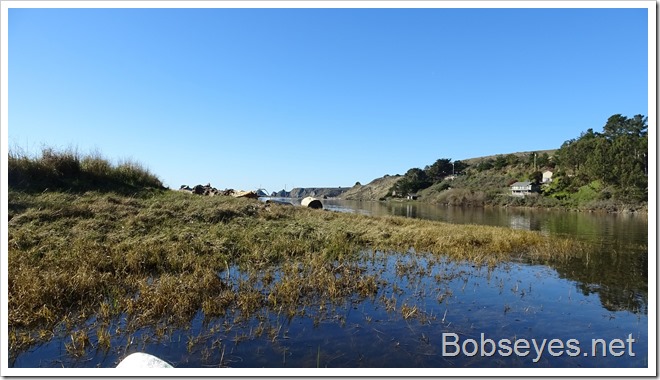 Eventually I continued down along the island where I could see lots and lots of birds sitting on the islands lower end, just mostly resting. 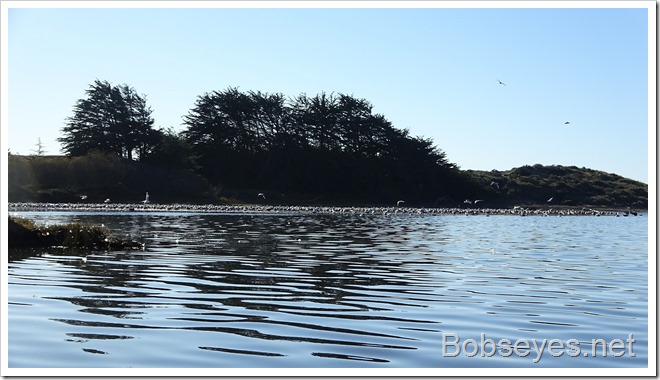 There were a few brown pelicans mixed in with the gulls too. 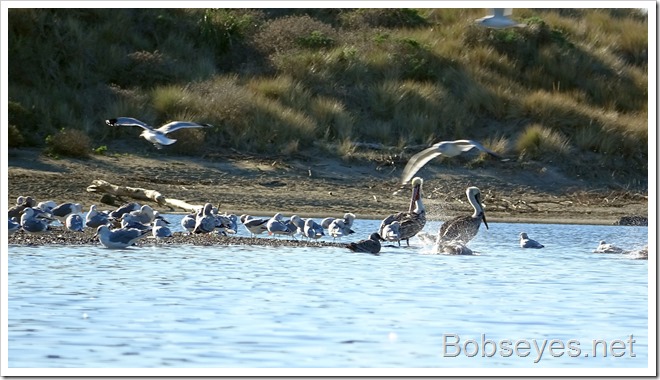 And out in the water just past them were more birds sitting on the water. 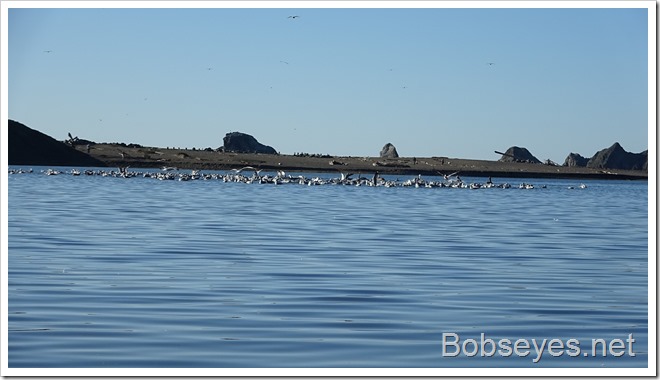 Something spooked all the gulls and most of them jumped into the air before settling back down. 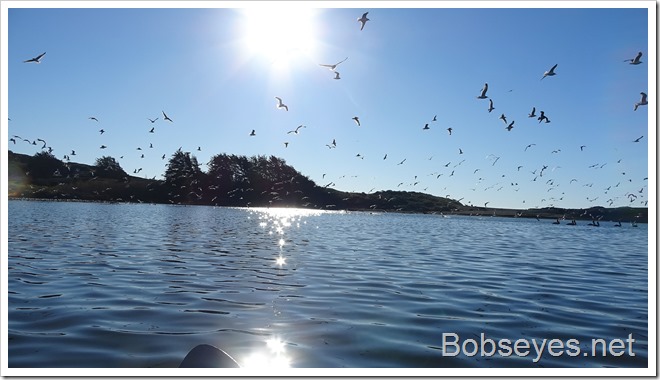 These brown pelican’s were bathing as I paddled on by. 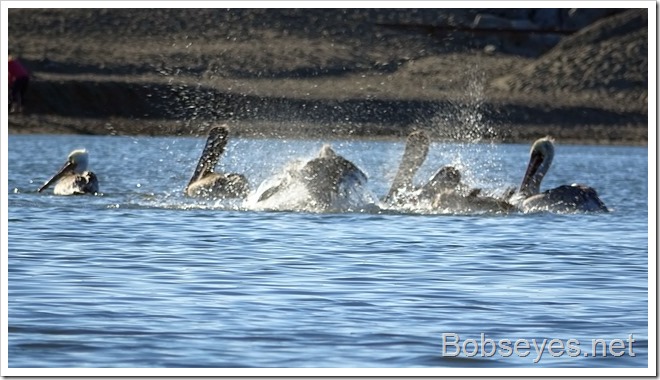 The river’s mouth has moved north a bit which it does in the winter. I paddled on by and was heading to the river’s end just past the mouth were these harbor seals were resting on a big submerged rock.

End of the river spot

I sat in  my spot at the end of the river here and just enjoyed the day for awhile looking back up the river. 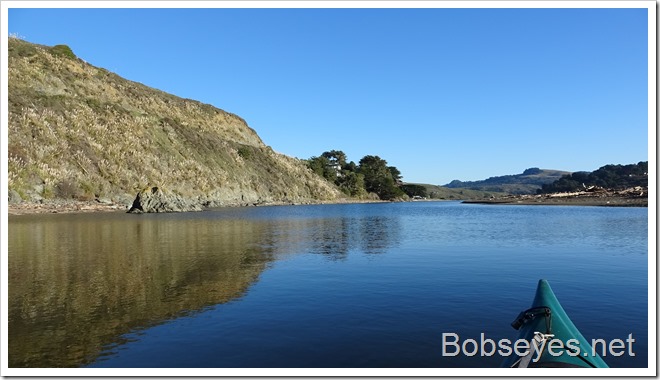 Eventually I headed back up the river going by these preening pelicans.

I headed for the island back channel where I went by all these gulls just resting on the end of the island. 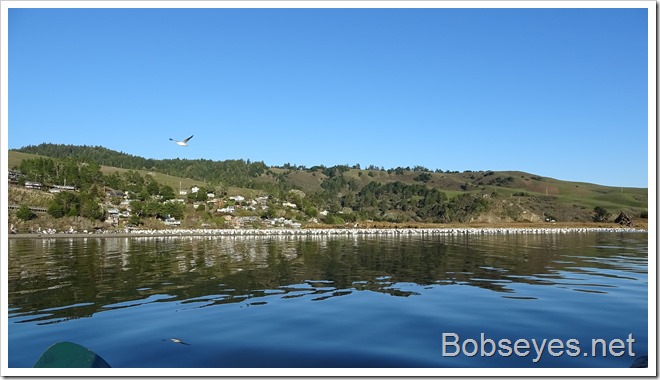 See, lots of gulls resting there. 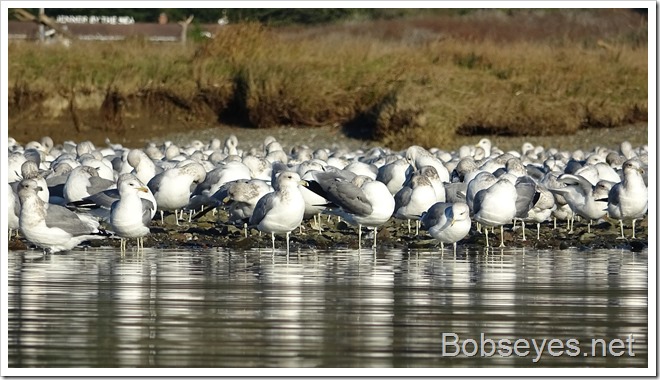 And I paddled by these pelicans resting there too.

It was getting late as I paddled up the island back channel were there was very little wind so there where reflections to be seen. The day was really calming down just before dark. 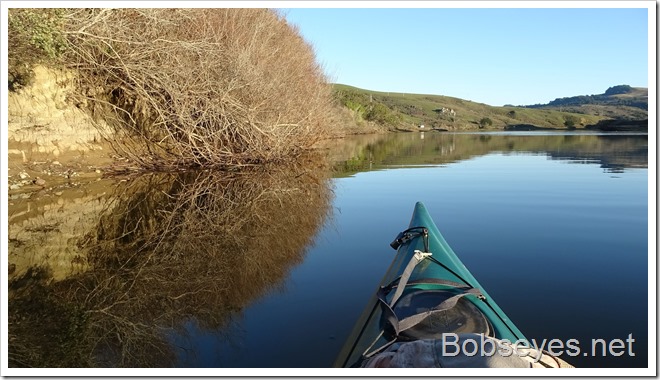 I rounded the upper end of the island and headed for the boat ramp going by these bufflehead ducks that were diving for food.

I got out of there just before it got dark and drove on home.

Tom’s been out fishing

Tom had been out fishing at Timber cove in the ocean today with his kayak and did pretty good catching these rock fish. It was almost dark so the pic is hard to see the fish. 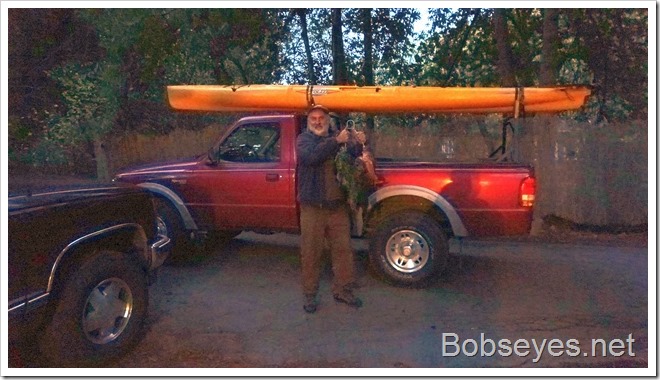 So here is Tom with his catch for the day showing them off.

With a day like today it was hard to be thinking it was wither already.