Nice Paddle At Jenner and Working On the Peeps Roost

I hadn’t been on the river in awhile so with the wind looking like it would be down, I headed on down to Jenner and put my boat in the water.

I paddled across to Penny Island and decided to go down towards the river’s mouth to see what was going on.

Headed down along the edge of Penny Island to the mouth area. 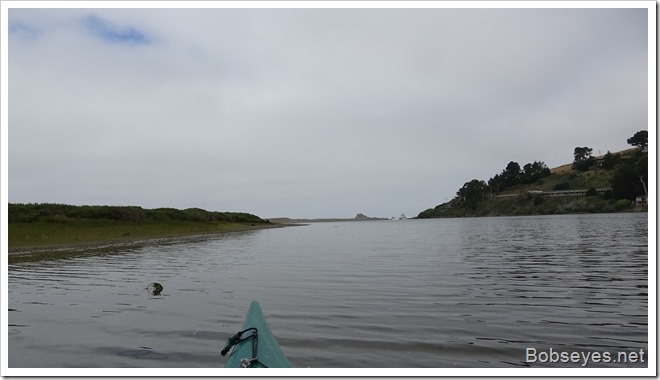 Mouth is open and deep

I could see the mouth was open and the ocean was just coming off low tide. 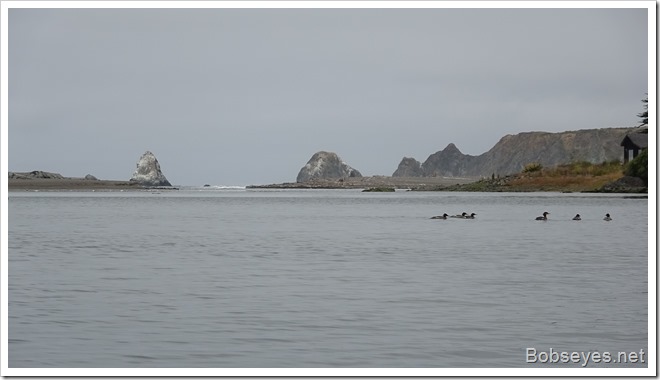 I pulled over in front of the open mouth where the river emptied into the ocean and sat in my boat for a bit. 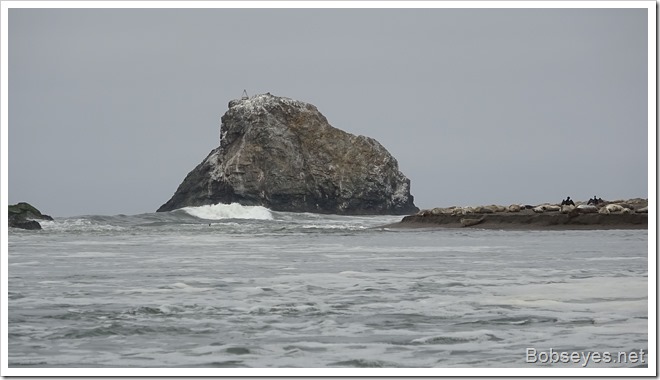 Lots of harbor seals resting on the sand and a couple cormorants too. 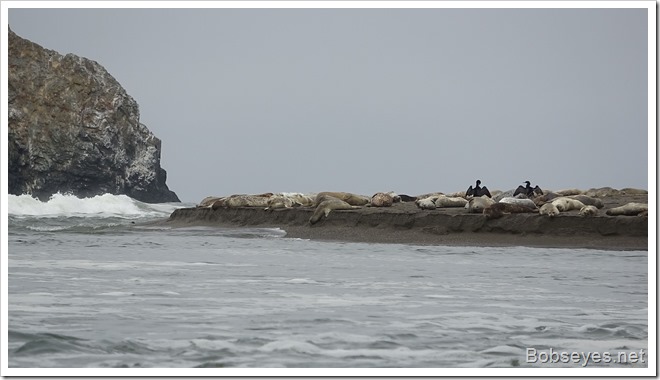 This is another group of harbor seals resting. I think they mostly feed in the ocean in the early morning and come here to rest and digest what they’ve eaten. 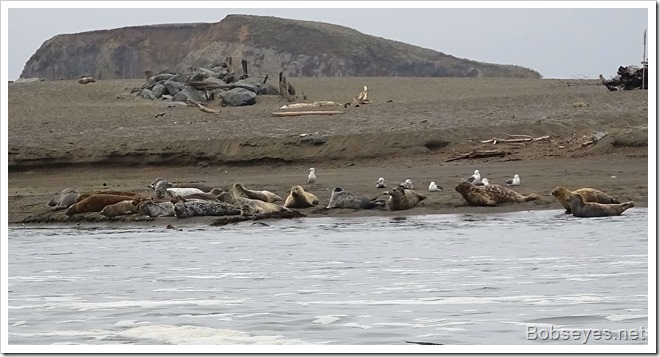 And there were some geese resting there too. 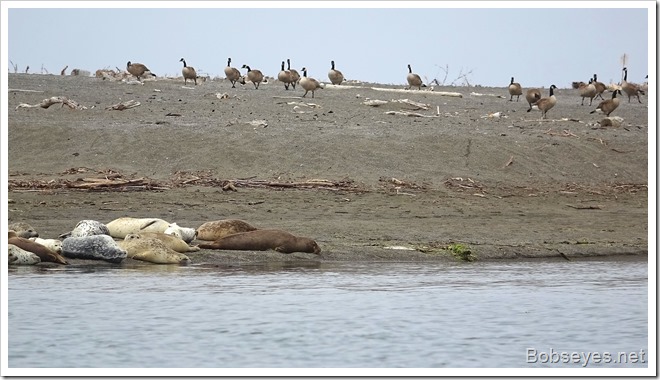 Looking for berries to eat

I didn’t stay too long and headed back up river going up the Penny Island back channel. I was going to land on the island to look for berries, but the tide was still too low and I’d have to go through the mud, so I opted for the shore across from the island on the back channel.

Here’s some of the berries I found and ate. There’s small blackberries and the bigger berries are salmon berries. 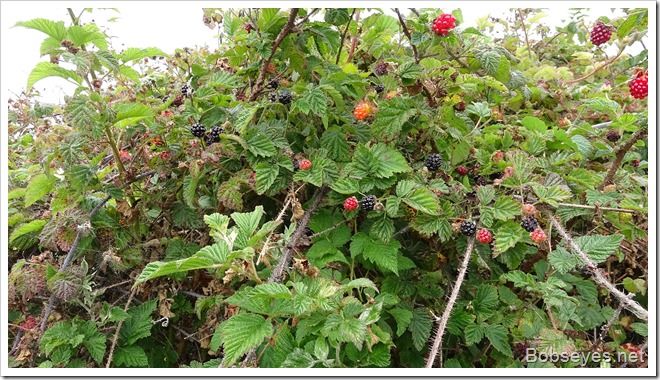 There weren’t really too many berries there. The berry bushes this close to the ocean tend to burn up rather quickly maybe because of the salt in the air?

I returned to my boat and headed up the river. The grasses here kept me out of the mud. 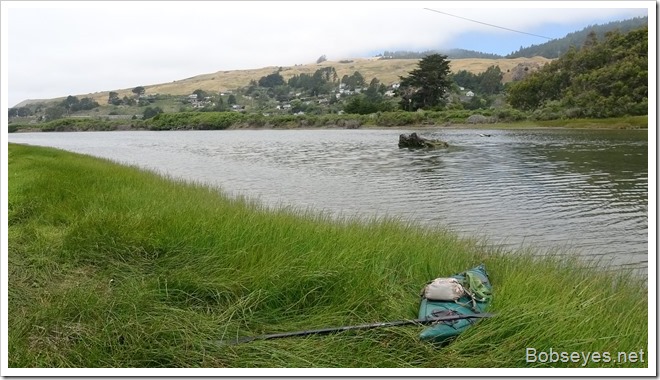 I just left land and am headed up the river along here. 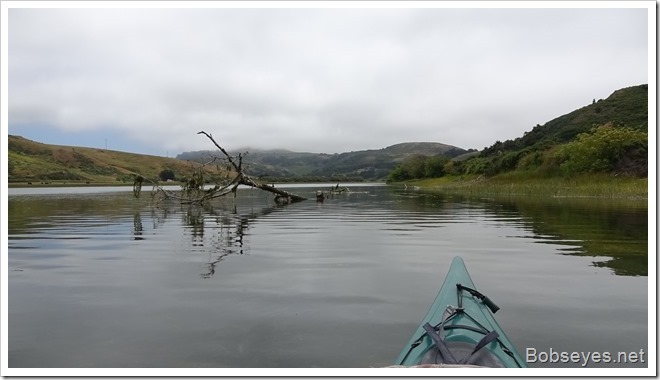 I went by these cormorants that seemed to be just resting on the water and not diving for fish. On my return trip they were actively diving but I couldn’t see what they were eating. It must have been something pretty small. 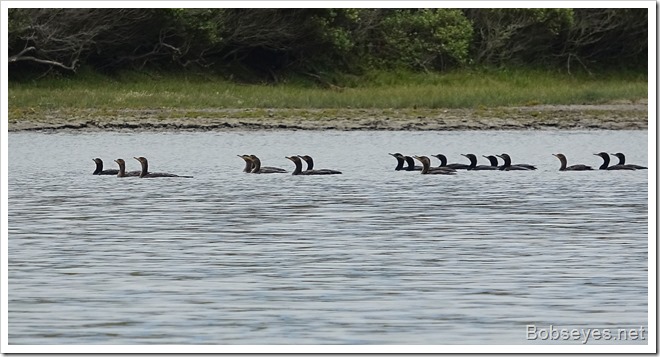 I continued on up the river along here. 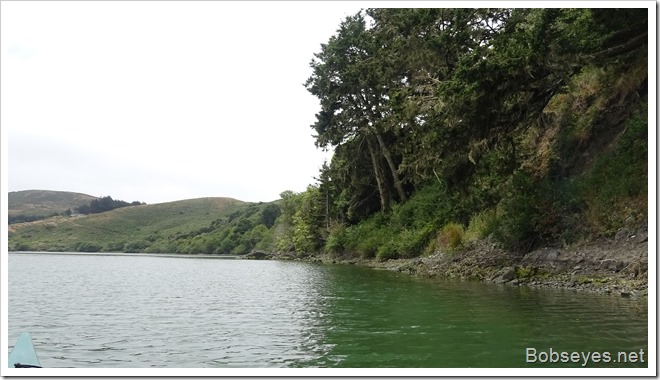 And went only as far as here, a place I call muskrat about a mile up the river. 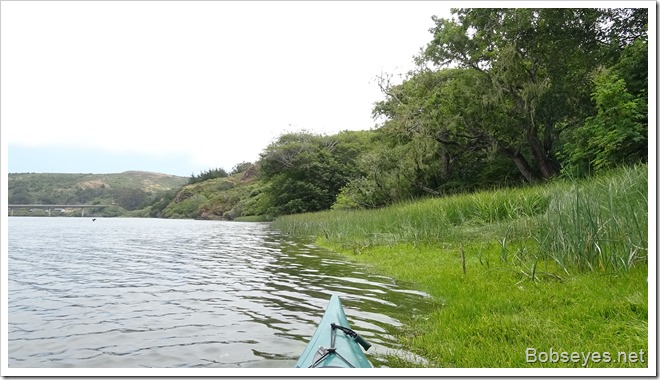 After sitting for a bit and having a nice break I headed back down the river along here. 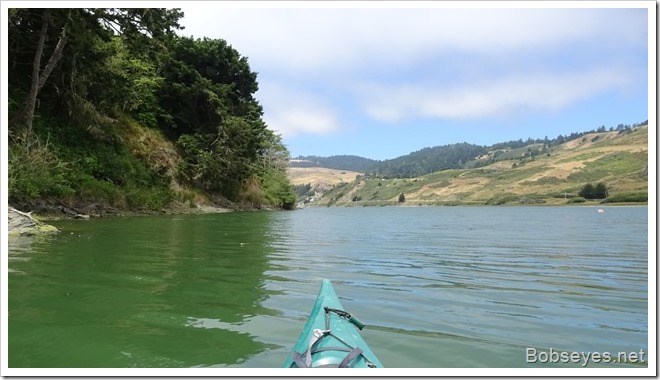 I made it back to the boat ramp and put my boat on the car and headed to Monte Rio and drove up to visit Charlie. I shot the bull with him for awhile and then headed on home.

Watching peeps and working on roosts

After a good nap I went out and watched my peeps for a bit then worked on a way for the chickens to get up to the roost, but forgot to get a picture of that.

But I did get one of the bottom of it. I put the logs there just so the little birds had something to climb on. They are chasing each other for worms right now as I just gave them some. It’ll take some time for them to discover the logs. They tend to like to sit on the logs once their tummies are full and they stop to digest what they’ve eaten. 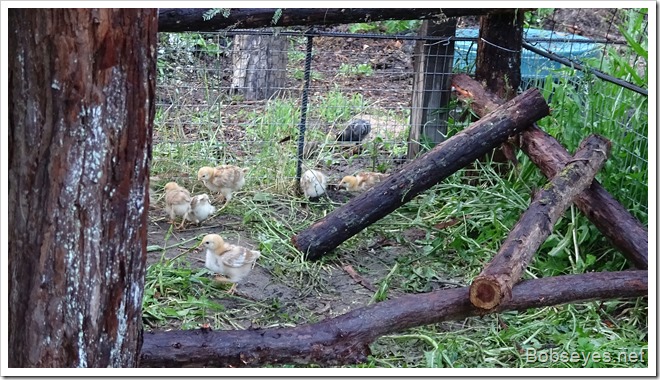 I did some chair hopping and did some figuring out how to make an automatic water system for the birds.

After another nap I came back outside to pick some blueberries for the freezer, but shortly after I started the sprinkler came on so I gave that up for the day, maybe tomorrow, eh.