What to do in the rain

It was raining lightly as I got it going this morning. I put on my rain coat and cap and went out to check out the chickens.

I checked the egg box just like I’ve been doing everyday waiting for the first egg from these chickens as none of them had laid an egg before.

To my surprise I found a small egg in the nest box right where it was supposed to be. 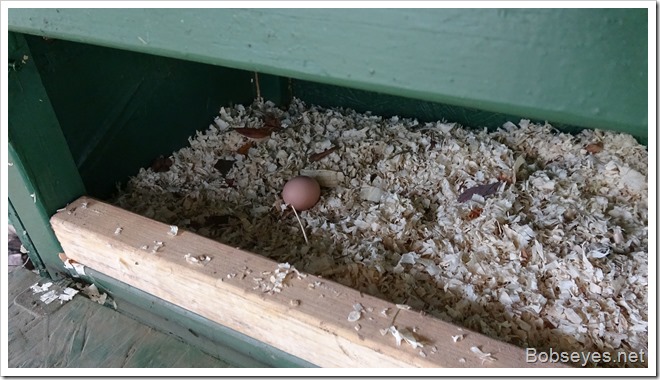 I was wondering which hen could of laid that egg when I noticed this chicken coming up and acting real concerned about that egg even jumping up on the nest.

So I’m guessing it was this chicken that laid the egg. She’s a Dominique and one of the smallest ones of that bunch. Born June 13th and first egg on December 24. Just a little over six months. 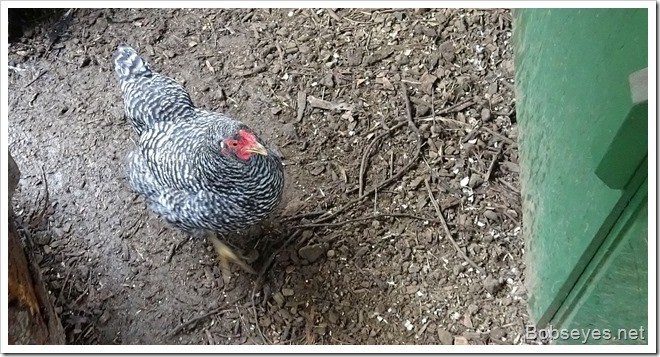 I decided to leave the egg there to egg the hens on to lay more eggs.

Soon I’ll be able to add corn free eggs to my diet which I’ve been looking forward to for a long time. One more of those little eggs and I should be able to eat some eggs. Yummmmmmmmmmmmm.

With it raining lightly most of my projects weren’t going to get worked on so it seemed like a good day to butcher a few roosters. I’d been putting it off for a few days as it’s not one of my most favorite things to do, but it needs to be done if I want to eat corn free.

I selected these three Dominique roosters for the privilege of the task. I caught them and put them in this nice spot by their grazing area so I could work on them a bit later. 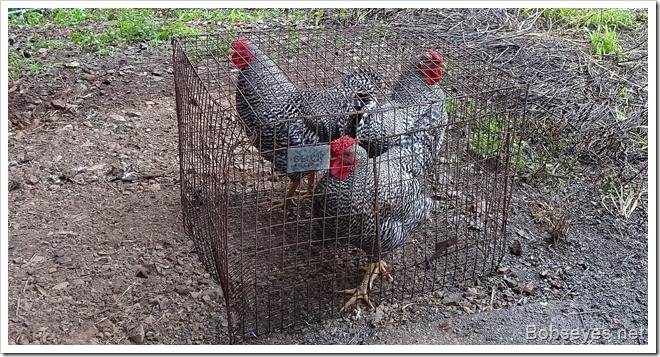 That will be three less crows and some goodies in my fridge.

Chickens do on a rainy day

It rained lightly most of the day so most of the chickens spent a lot of time in their day roost area here. 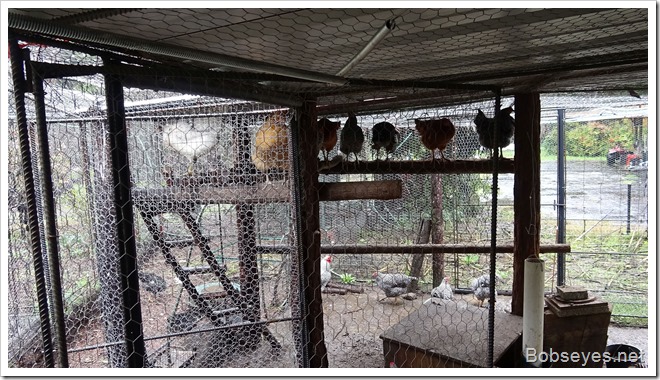 Time to do the deed

Around 3 I waited for the rain to let up a bit as the wind had come up and was gusting enough to put the town’s power out. Once things settled down I worked on butchering the chickens. Two of them will go into the freezer and one of them will go into my pressure cooker tonight.

I wasn’t quite finished butchering the last chicken when it was time to let all the rest of the chickens out to graze. The rain had let up so it was real nice out for grazing chickens. 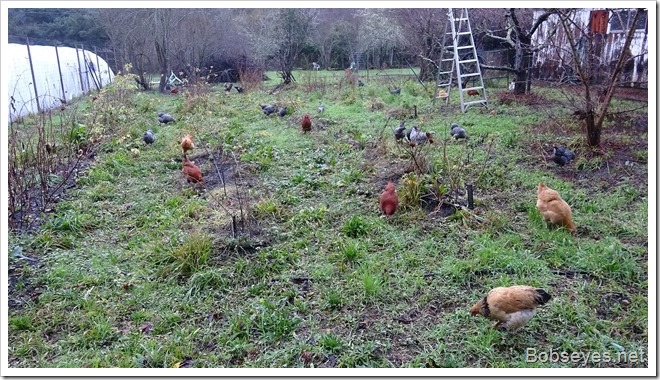 I finished up the last bird and cleaned things up. By that time the chickens were back on the roost for the night so I put them to bed and went in the house for the day.

The power came back on just as I was finishing up that last chicken so I was good to go to get a bird on the stove for dinner tonight.