I was taking a nap this morning when I heard a motorcycle out front so I got up as I figured it was my brother Barry and it was.

He asked if I wanted to go for a dirt bike ride up in the hills. Sure.

So I got my shoes and socks on as I was still in my slippers and we headed on up into the hills and rode all around on the roads.

We went through here. Things are pretty lush right now. 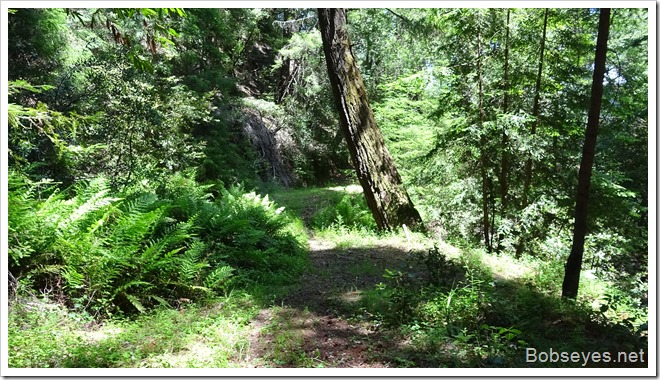 Eventually after riding around for a good bit we made it to the Top of the World as my neighbor calls it. Good place for a break so we did. 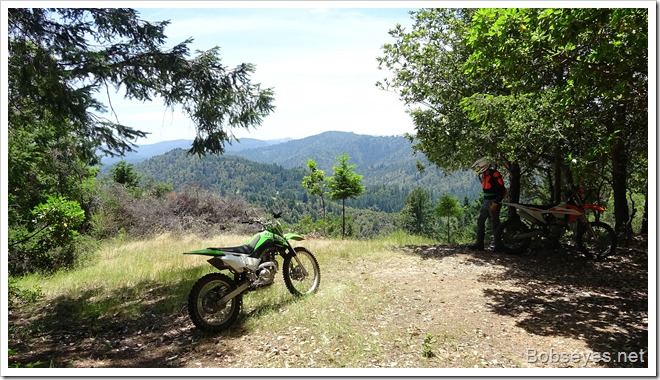 Here’s the view out towards the town of Guerneville over the hill tops. 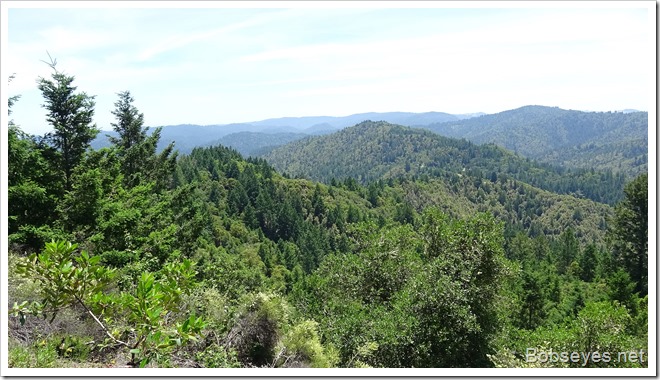 After a good break my bother says he’s tired out and wants to head on home so we headed on down the hill and made it back to his truck. 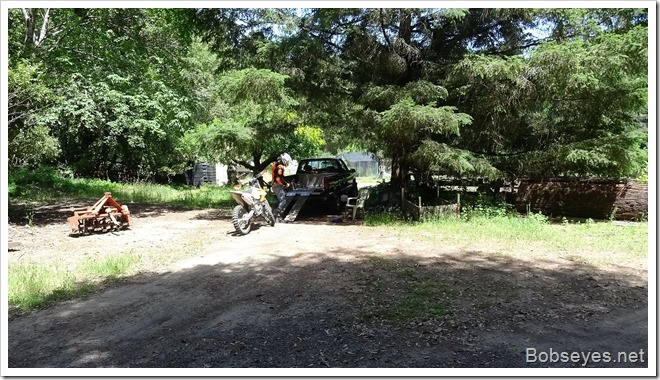 He rides this hot dirt bike and was saying it’s staving for air so once out of his riding gear we took some stuff off his bike and had a look at the air intake area. The place were the air gets to the air filter was closed up a lot and not letting enough air get in. He took off the air cover and took it for a spin and he said much better so will do a little trim job on the plastic part when he gets home. It’s hard to believe a hot dirt bike as it is has a problem like that from the manufacturer.

Barry’s doing some mechanicing on his hot dirt bike. It is a hot bike too. It has much more zip than the bike I’m riding. The one I’m riding has plenty of zip for me though. 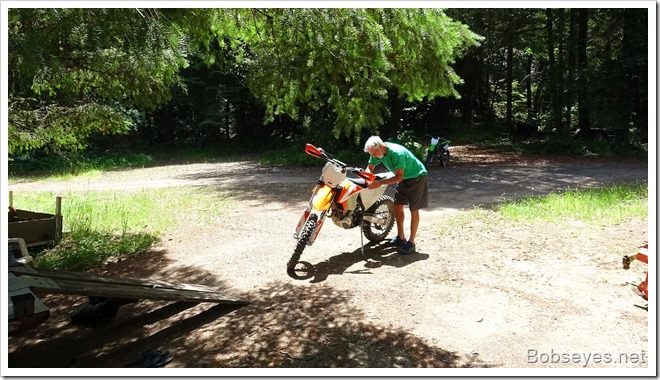 Good for the body

One thing I’ve discovered about riding these dirt bikes at our age is riding them really loosens up the body. When I first started riding again I could barely get my leg over the seat to get on and off. Now I can do that and  more as it really stretches out the body.

Barry took off for home and I did the same to continue my nap.

I’d been thinking this old gate I’m not using would be good for growing some pole beans on if I propped it up.

So today I finally drug it to this spot where it needs to be wired up into position. 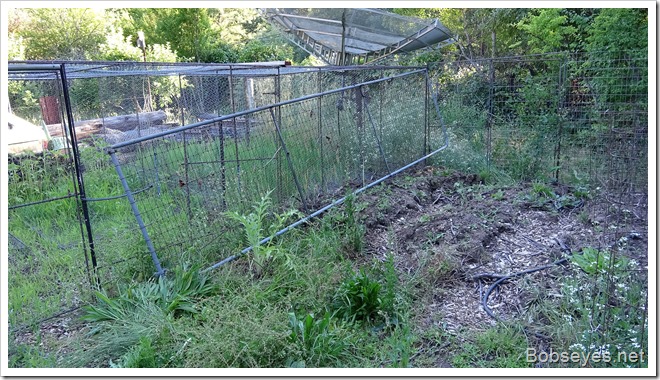 It’s a bit heavy but I got it up into this position for now. I will put some better log braces on it eventually but for now I better get some beans planted. The beans can grow up the pen fence and then across the gate so should be easy to pick too. 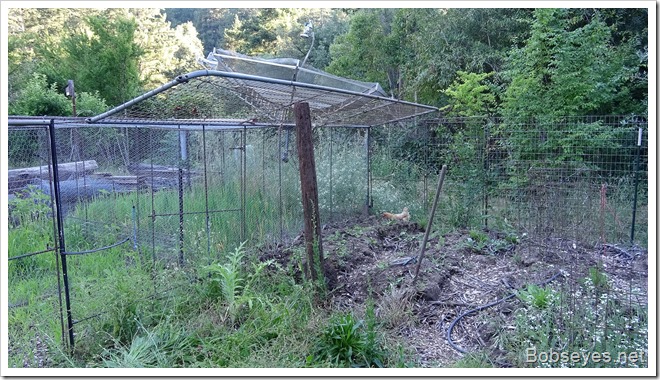 By the time I got the gate up it was late evening so that was about it for  me today.

Nice day, nice ride and I got a bit of work done too.