I was going to do some work on the van. I wanted to grease it again and load some stuff………….But.

When I went outside this morning my brother Barry was there in his truck with his dirt bike ready to go for a dirt bike ride up into the hills.

So I got my dirt bike out and joined him for a ride and the van stuff would  just have to wait a bit. 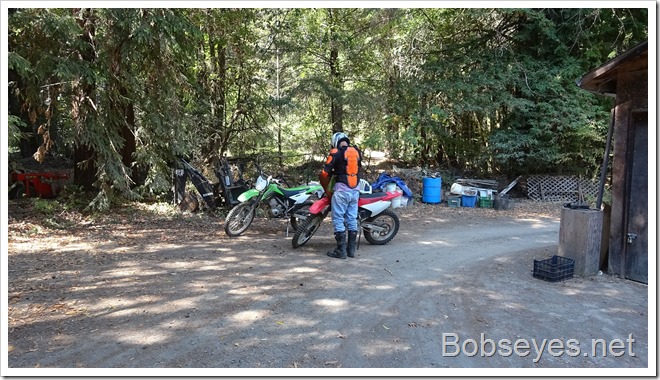 We rode around in the hills going up and down and around and around. 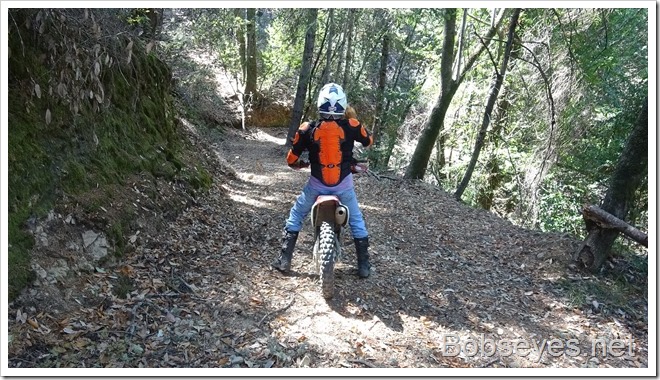 Barry had some brush cutters with him and would stop and trim the low branches that could hit us in the face. 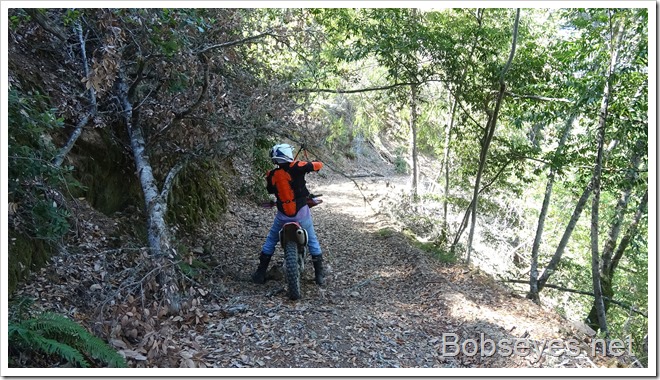 Eventually we always end up at the Top of the World where we take a good long break. 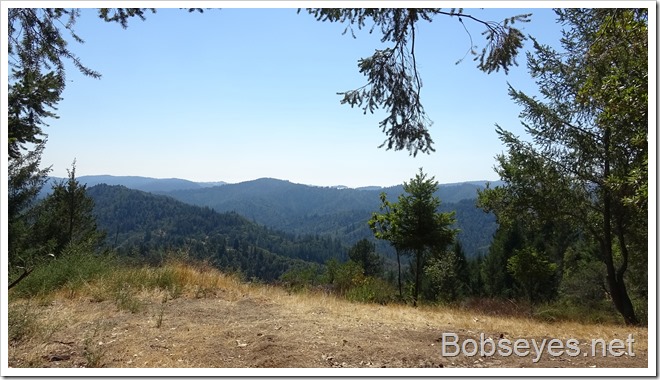 Time to mount up and do some more riding around. 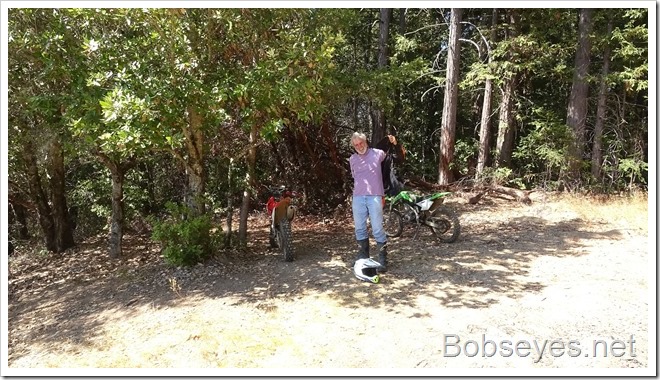 This small tree was blocking the road so Barry trimmed enough of it to get by. 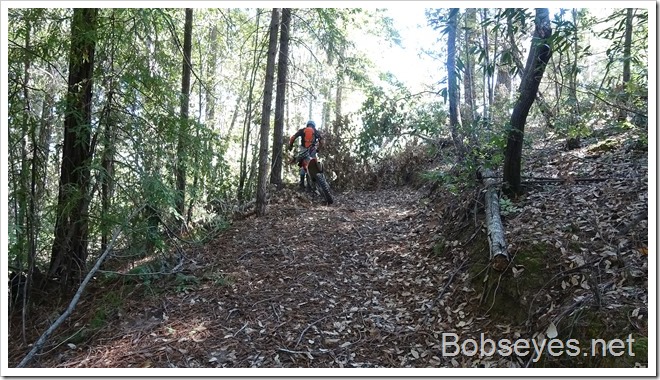 Drink of water at the spring

We stopped at the old Indian spring where we get most of our house water. 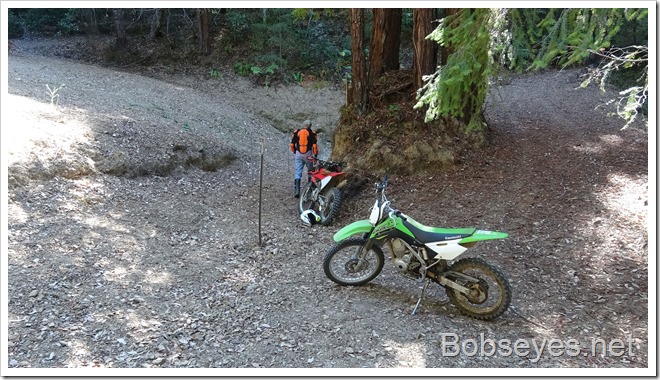 We always get a drink and measure the water output which was about the same as always, just under a gallon a minute. 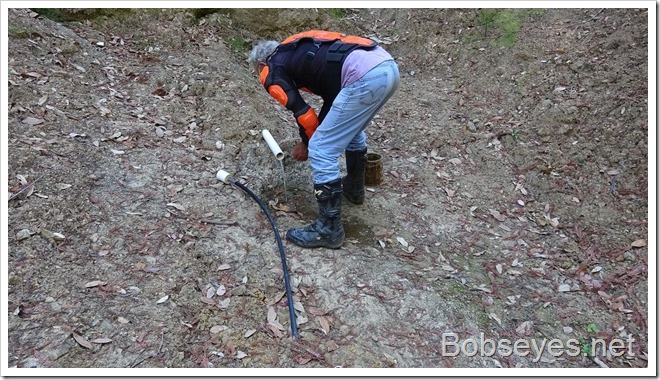 We did some more riding around when we left there and eventually went on home. That was a nice ride.

Barry took off for home and I greased the van and loaded a few things.

Some of my elementary school people were having a reunion and I was supposed to meet them at the house they rented around five.

Nobody home, I thought

I drove on down to the house where I thought they’d be but no one was there so I thought they must of went out to dinner so I drove on home and decided to come back a bit later.

Eventually I got an email asking where the heck was I? hummmm.

It turned out I was at the wrong house. I’d transposed a couple of the numbers in the address more than once. 17324 when I should have been at 17423. An older age thing I think. 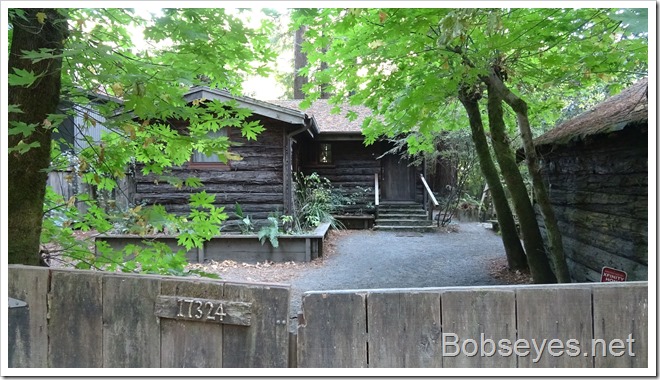 Anyway I drove on back down there to the wrong house again and realized my mistake with the numbers and drove around the road until I spotted their cars with the kayaks on top.

We had a nice visit after I explained myself. :O)

We will be going down to Jenner to kayak tomorrow.