I hadn’t been up to visit the hermit in a long time so today I was going to go up to his place for a visit.

I had a hard time getting going on that as the sun was out nice and I was enjoying chair hopping around the yard just taking it easy.

But the day was wearing on so I headed on up to Nathan’s place around two going through the state park to get to his house.

The park was now open after the forest fire cleanup and was fairly busy today.

I stopped to talk with the guy in the booth there. His name was Mat and he remembered me but I had to ask his name as my older age name rememberer is on the brink and of course he had on a mask too. He usually does park maintenance but was filling in on this job today to help out. 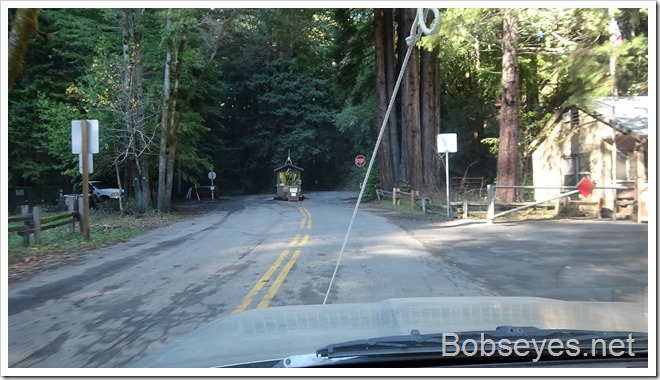 Eventually another car pulled up behind me so I continued on up the road through the park. This is one of the larger trees along the road. 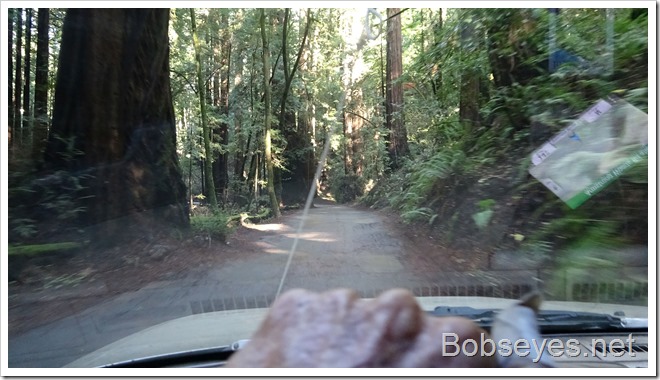 And these are some of the smaller trees going through the main park. 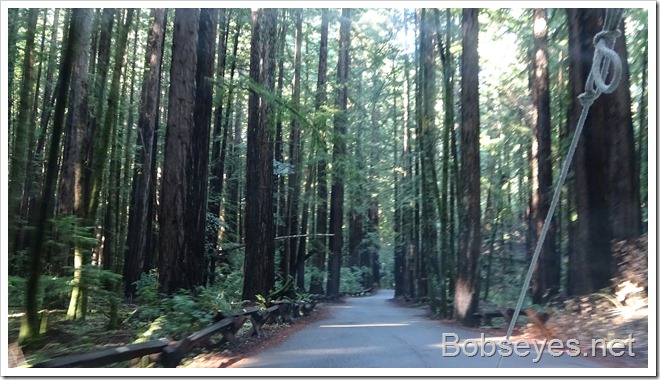 I got to the picnic area and headed up that road that says it’s road closed. 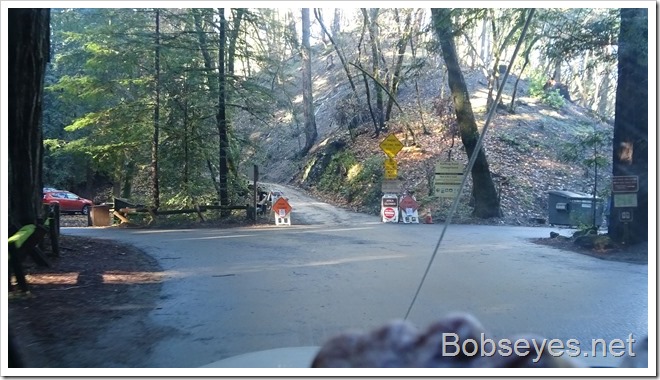 I’m just turning onto the hermit’s road that goes on up to his house. 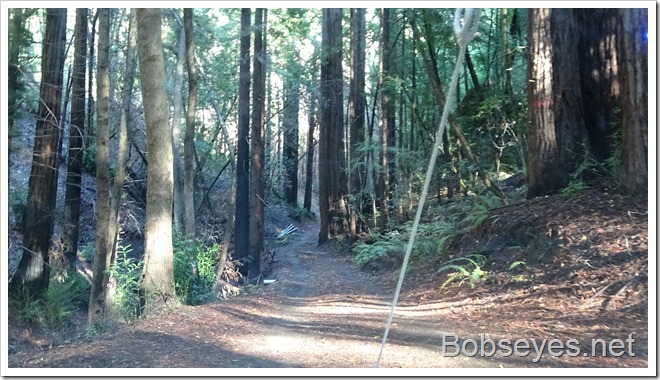 I could see by the culverts by the side of the creek that the recent rain storm had plugged them up. I’d advised the guy who installed them recently that they wouldn’t be large enough for our heavy rains and he didn’t listen at the time so I told him Nature would train him and he’d eventually get it. :O) 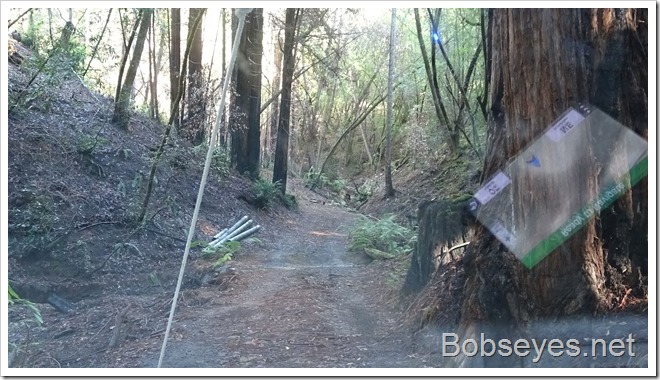 Those culverts were in the creek the last time I saw them. The rain storm really ripped through this area being in the hills and all. 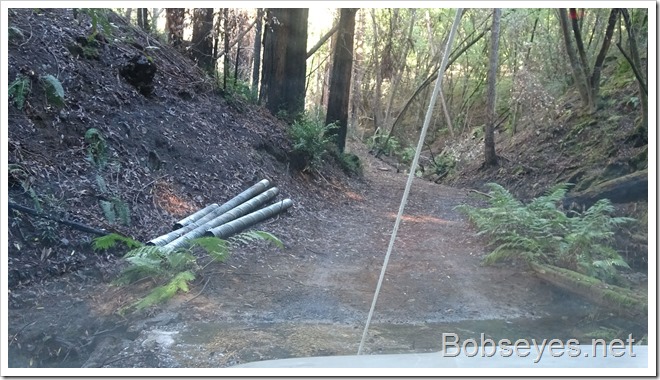 I parked and walked up to Nathan’s house when I saw Tim working in the back s I went over to chat with him and see what he was doing. 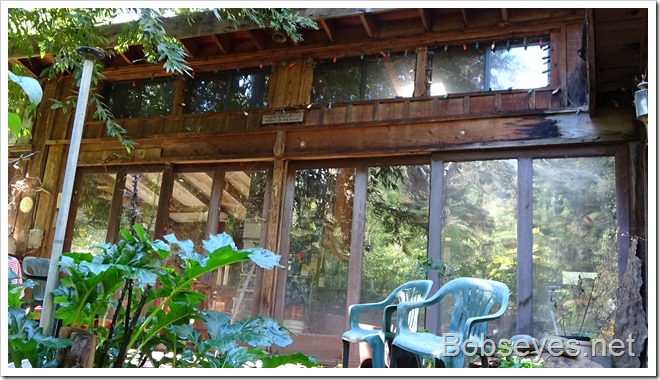 Tim was working on digging out this plugged up culvert, another one that plugged up during the storm. Tim had installed the ones in the creek but not this one but this one will help to teach him about why installing culverts around here isn’t a good idea. Ditches work better and don’t plug up.

He’s digging down trying to find the end of the plugged up culvert which he just found as I walked up. 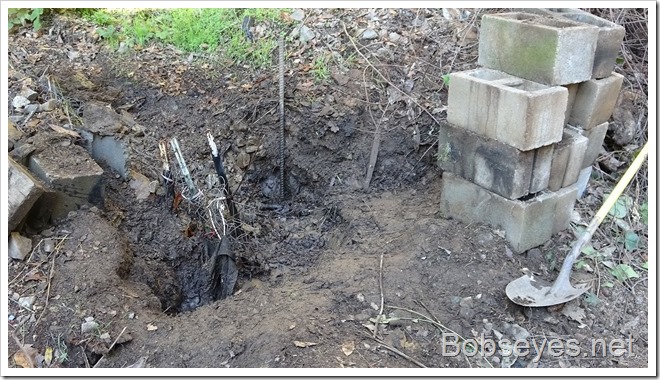 We chatted for a bit then I heard Nathan call Tim in for lunch.

Ready for a visit

I hung out in the yard while they ate lunch. After lunch Tim took off so I asked Nathan if he was ready for a visit?

He said, not yet as he was tired out and was finishing up eating so I said I’ll see him next time. That’s not to be unexpected considering I just drop in out of the blue.

I headed on back home through the park. The scenic drive was worth the ride even without the visit.

Well when I got home I needed a nap  and never really got going for the rest of the day.

Just before dark the chickens were at the gate wanting into the front yard to graze. 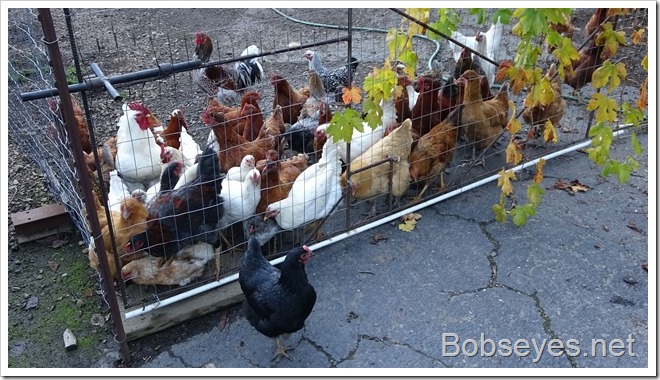 So I let them out to eat the fresh new grasses coming up. I sat around doing some chair hopping before it got dark.

I was sitting here with the chickens while they were grazing away. 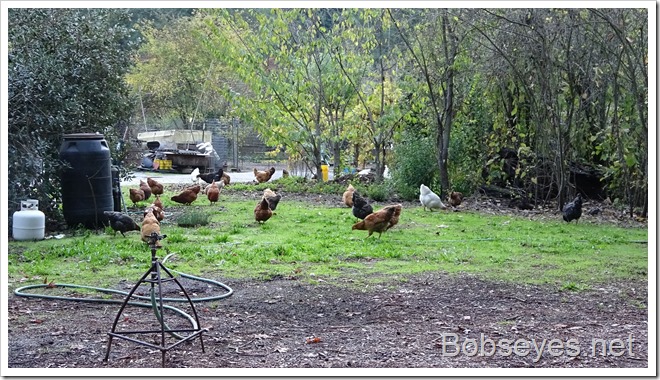 When all of a sudden all the chickens headed for the brush and trees. The rooster was apparently giving a call to do that. 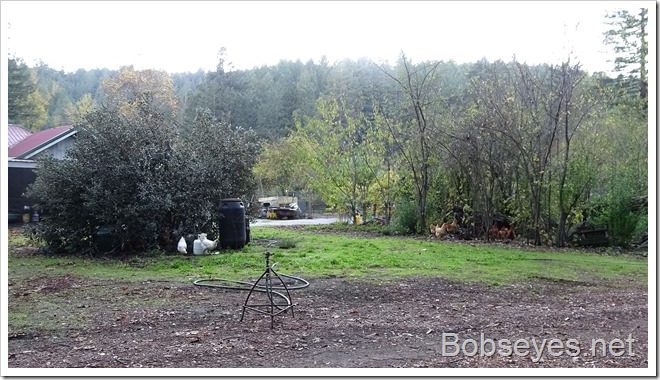 They were taking cover. I got up and looked around but didn’t see anything around to make them do that. Maybe a  hawk or something was in the sky I didn’t see.

Eventually they went back to grazing and I did a bit more sitting.