When I went over to feed the chickens this morning this hen was there to greet me with 4 new peeps that just hatched out. Only 4 of the 12 eggs hatched out.

She’s being protective and two of the 4 chicks our under her. 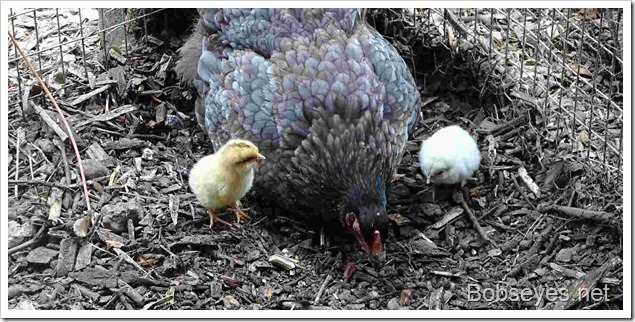 The hen moved over by the pen’s gate and this other chicken came up to the fence and she was very protective clucking at the other hen. The other two peeps are behind the board. 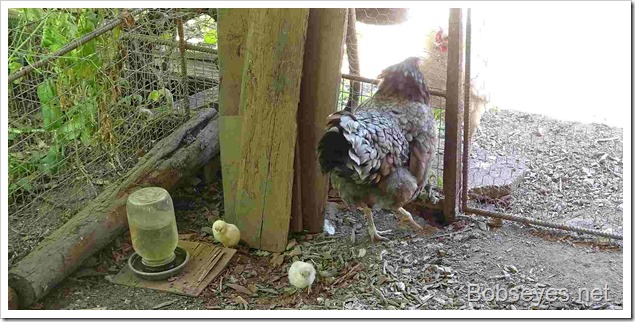 I fed the other chickens here and then did some chair hopping and puttering around the yard not doing too much of anything. 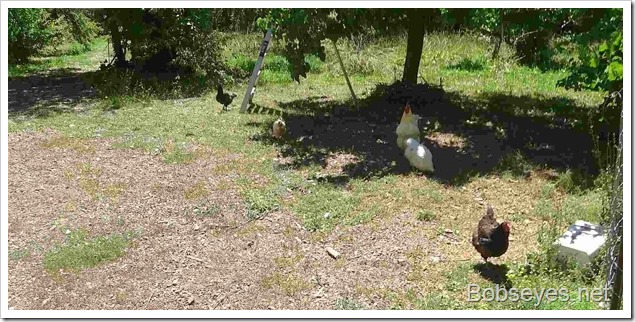 I had a 1PM appointment with my internet provider guys and the phone guy to try and figure out why my internet has been dropping out.

These are internet guys and we are waiting for the phone guy to show up which he did shortly. 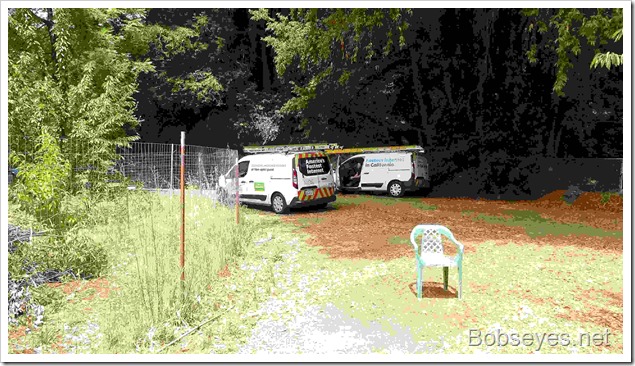 The problem comes and goes so it’s a hard one to find the problem on. Since I know electronics I can hit it off with these guys and we had a nice talk, or what I call shooting the bull.

The phone guy went up to where the phone line comes off the main line and checked things out and did some stuff. Nothing obvious was found. We’ll wait and see if what he did solves the problem.

While shooting the bull my internet guys said they’d likely be running fiber optic lines out my way in about a year which should improve my internet service a lot as I’m just about too far from the phone station in town to get internet service.

They were all top notch guys and did what they could for now.

Resting  up and going for a ride

I took a nap and did some more chair hopping waiting for my brother Tom to come by as I said I’d give him a lift back from where he had to take his truck to get his brakes fixed about a half hour drive to the place.

Toms going into the office to set things up. 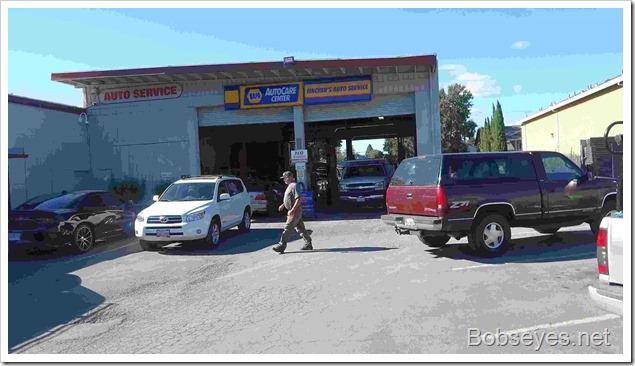 He got that done and we drove on home.

Well now, Tom had been out on the ocean on a fishing boat all day and gave me some nice rock fish, all cutup and cleaned. 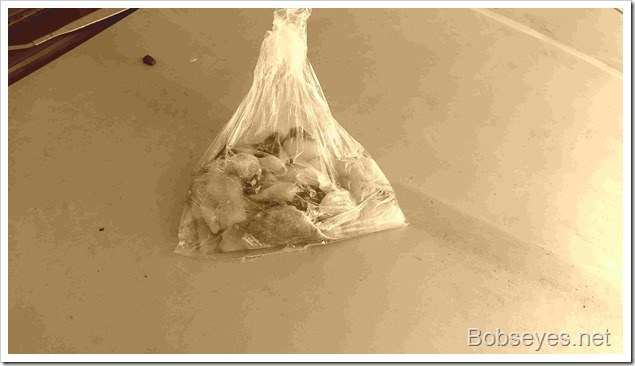 He said they were catching salmon and rock fish and all did well today. He’s headed out again tomorrow in the early morning to do some more fishing. Seems the winds are down lately so the fishing boats are getting out.