I started the day off feeding and watering the chickens. I noticed a hen that’s been trying to hatch out some eggs for over a mouth was off the nest so I checked her eggs. They were cold so no good and I picked them up and disposed of them thinking she’d finally given up.

But when I was watching the chickens I noticed the three little guys that had hatched out before a week ago, now there were three black ones instead of two black and a white one.

Oops, that hen did finally hatch out three little chicks and that’s why she abandoned the rest of the eggs.

I had taken her nest box away when I removed the eggs so I put it back so she’d have a place for her little ones tonight.

After that I did some more work on the bulkhead removal project for a couple hours.

Gone to charge the dozer’s battery

After a break I got on the quad runner and rode it up into the hills. My plan was to start the bulldozer if the battery was still good enough and run it around some to exercise it and charge up the battery.

On the way I stopped at our rental as I had found a thermostat in my garage that they needed installed as the one that was there wasn’t any good even though it was new when I installed it awhile ago with a new furnace. That went well. In five  minutes I had it installed and it worked so that job was finally completed.

It started but just barely and after letting it warm up a bit I cruised around some roads pushing off any downed trees across the road.

I drove on up this road. 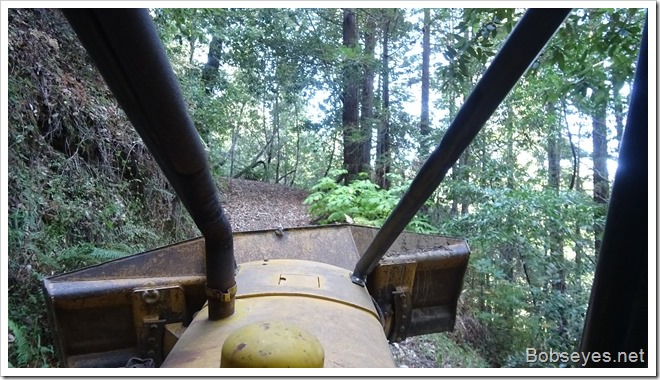 And along here. Not many trees down. My brother Barry has removed a bunch of them with his chain saw.

I was going along this road when I noticed I had an oil trail being left on the ground, just a few drops. Oh, oh, that usually means there is a leak in one of the hydraulic hoses. 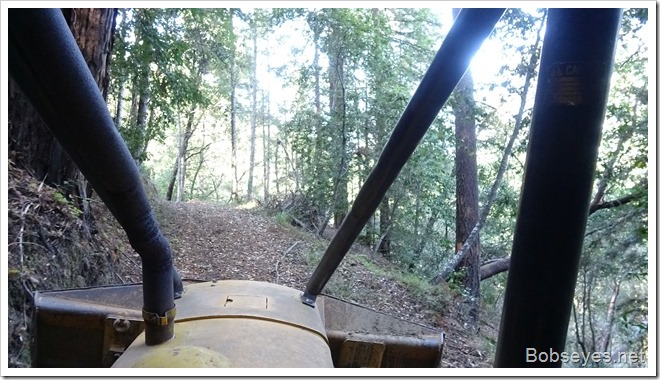 I pulled over here and had a look for the hose leak and found it. Darn, some more mechanicing. 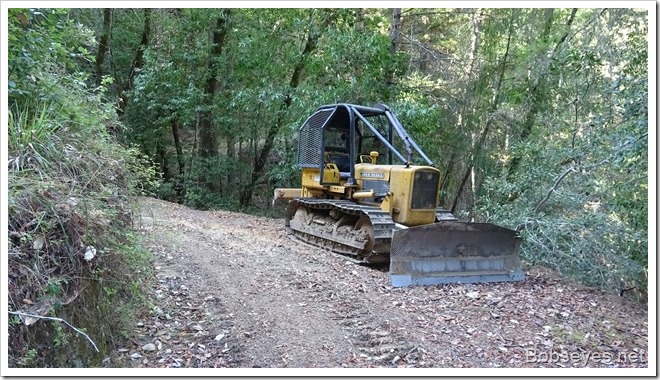 The leak is in that hose right at the bottom which means I’m going to have to bring up some tools and remove it so I can replace it. 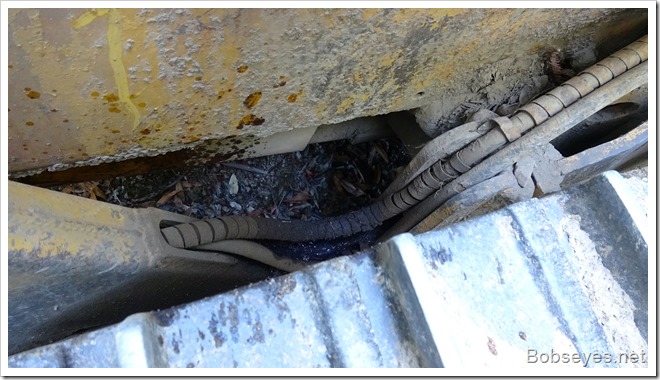 That was it for charging the battery today. At least I did get it charged up a little.

I drove on up the hill and checked some springs to see how they were doing. One of them has some iron in it which makes the water red so I removed that one. Otherwise the springs seem to be doing as well as they can for this time of year.

On the way down the hill I stopped where I had added the new spring and did a little work on the pipe crossing the road working on burying it, but didn’t get it all done before I pooped out.

On the way home I stopped at my brother Tom’s garden to rob some strawberries out of his patch. Hummm good.

Once home another break was in order and a cup of coffee.

Where to plant the seed potatoes

I decided on a spot in my vegetable garden area so I let the chickens into it to eat up what they can for now.

Some more chair hopping and the day was over.