I went out and checked on how the new peeps I bought yesterday were doing first thing this morning. Seems they did ok with the new momma hen last night.

Here they are getting some sun. 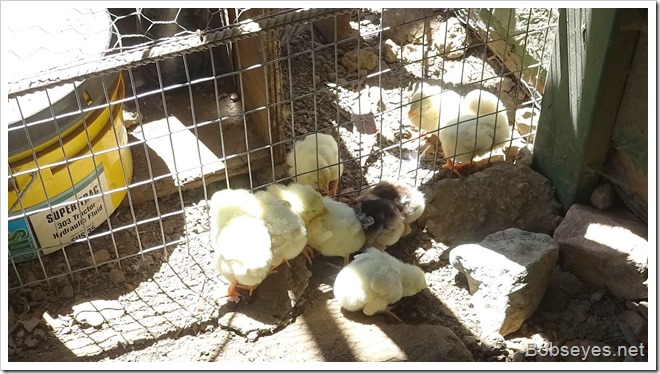 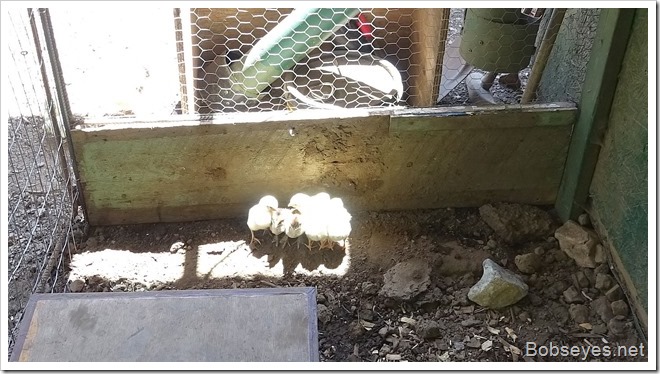 My friend Bryce came by with some old bricks he wanted to get rid of so we unloaded them here. 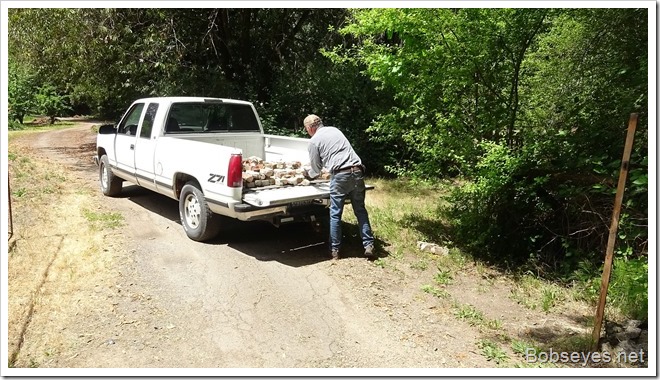 We sat around and walked around the yard and shot the bull for about an hour before he took off.

After he left I got the  ladder out and went up on the roof as there were some rat holes I wanted to check out and plug up with steel wool so that’s what I did. I’m watering the raspberry patch down there. It won’t be long until the raspberries get ripe any day now and it looks like we have a big crop of them. 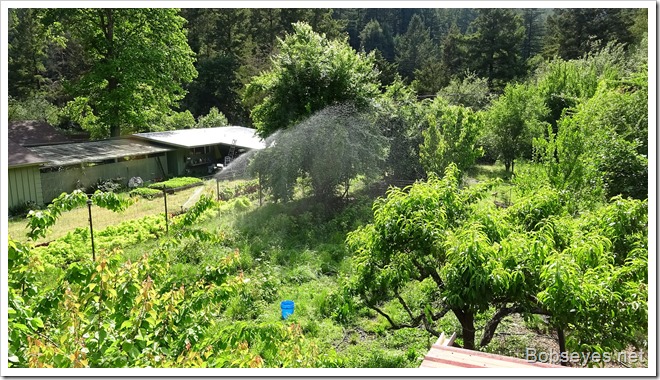 Worked under the house too

Since I was plugging up rat holes I opened the port to under the house and donned my coveralls and went on down to check out some other possibilities for rat holes I hadn’t’ checked before. 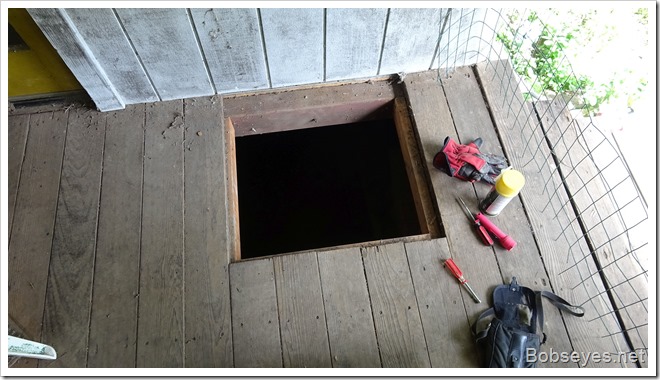 I spent about an hour looking around for possible rat holes that they could get into the attic. I have one or two possibilities but I didn’t plug them up yet. I have a can of foam to do it but foam cans usually only work once and then they plug up so the can needs to be used all at once and I’m not quite ready to do that yet. I did move one of my cameras to another spot to watch under there. So far I haven’t located an entrance hole they are using to get to the attic from here on a daily bases.

I moved around under here looking for entrance holes in several new spots but didn’t find anything. 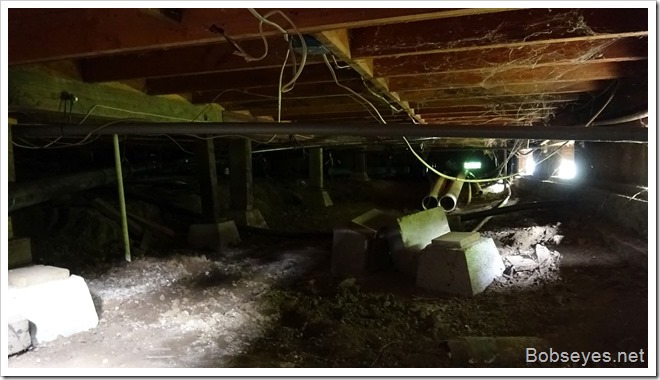 After that, a good break was in order as crawling around under the house wears one out.

Paint to slow down the green stuff

These waterers for the chickens seem to get a lot of green stuff growing in them likely because the sun can penetrate to the water inside.

So the plan was to tape a small section so the water level can still be seen and paint them with green paint which I did.

Here’s the containers ready to paint. That should at least slow down the green growth a bit. 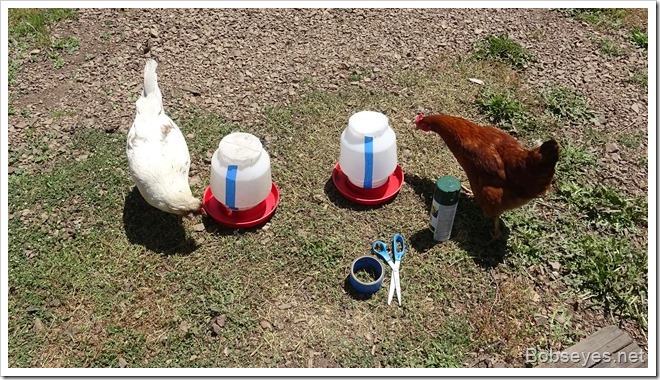 After that the day was pretty well shot so I took it easy and did some chair hopping and that was my day for another good one.

Momma’s not liking the new peeps much

It turns out Momma hen doesn’t really like the new peeps I added, but after dark I put them all in with her to keep warm for the night anyway. It doesn’t really look like the new peeps really need a mom, not even the three she hatched out as they all seem to be getting along fine with all the other chickens and move around and feed just fine even going outside the pens and into the yard.

So one way or the other I’ll make it all work out.

Nice day with a bit of sun.