I didn’t really feel like installing the new kitchen sink today but when I got up it was raining, so after awhile I started working 0n the project by taking out all the stuff under the sink so I could work on it.

I removed the old sink. 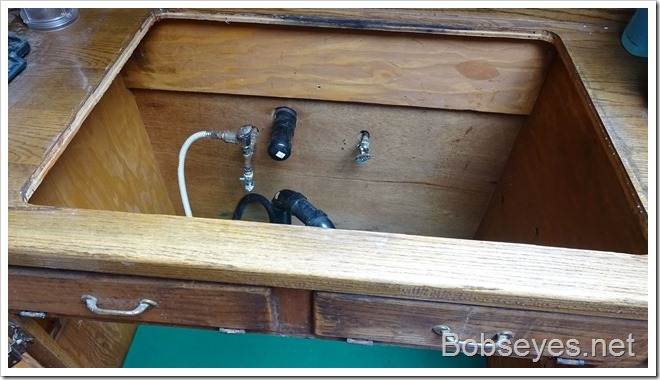 And then I cleaned up all the stuff under the sink and removed the sink pipes. 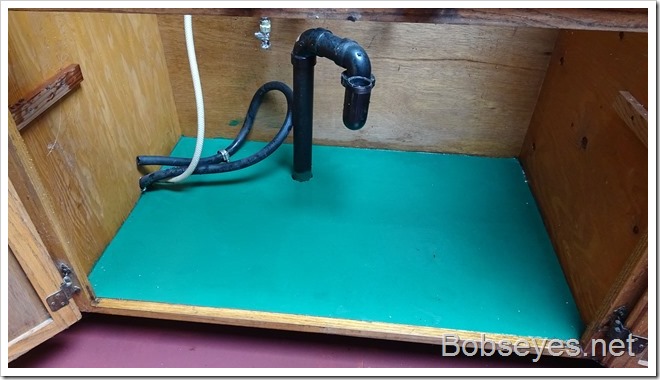 I dropped the new sink into place to see if it fit and it did,  just barely but barely was enough.

So I put some sealer on the sink edges and carefully placed the sink in it’s hole and put the hold down clamps on under the sink. 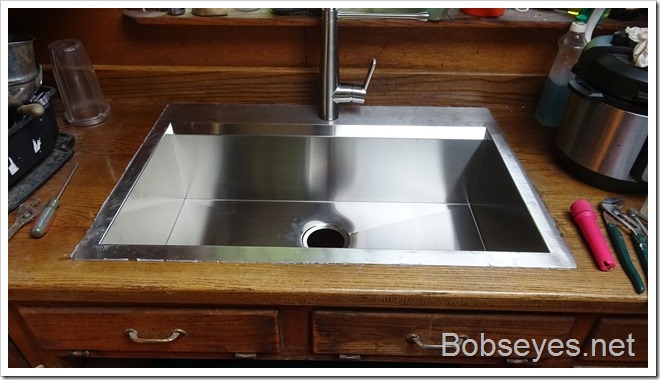 Hooking up the pipes

Then I started hooking up the sink pipes. The new faucet went in without much trouble but the drain pipes had to be cut out and rearranged. Fortunately I had some spare pipe parts around to make it all work.

Here’s the finished product. It comes with this cutting board. I figure if I ever need a smaller sink I’ll just put a plastic container in this big sink when and if it is needed. 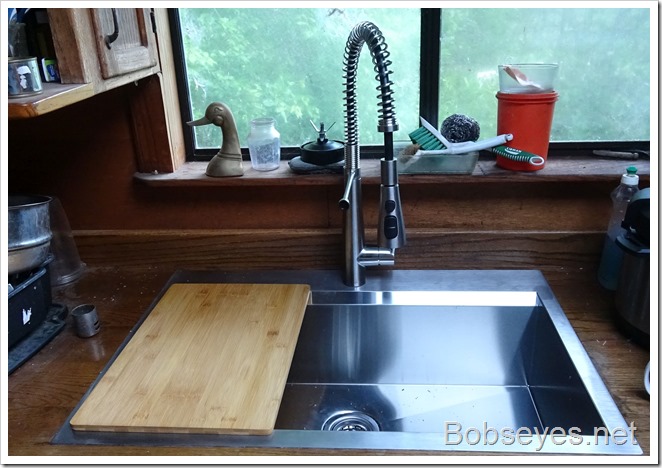 Wait to test it out

I didn’t test it out for leaks yet as I want to let the sealer cure overnight before I test it out. If anything leaks it’ll likely be something in the drain pipes but most of that can be tightened up some more if need be.

That project took most of the day.

Do you want to eat my rooster

Just as I was finishing up a neighbor came by and said he just took a swipe at his rooster as it was attacking him and wanted to know if I wanted it to eat as he killed it in the process.

I declined as I don’t eat anything that has been fed corn just to be on the safe side.

He  always has a bunch of little kids around his place so it was good to get rid of his bad rooster as they can do a lot of damage to little kids when they get too aggressive.

Anyway I was happy to get the new kitchen sink installed today which is more than I thought I’d get accomplished.