I was still feeling a bit lazy from my trip so I didn’t have too much planned for the day. However my brother Tom said he’d like a dirt plot fenced as it was the best place to grow carrots around here so I rounded up the stuff for that slowly as I had already gotten the supplies for fencing it in.

I checked on the chickens to see how the last hatch of chicks did.

Here’s Rosy or Buffy, she has two  names so far and just hatched out her chicks and still has some to go. 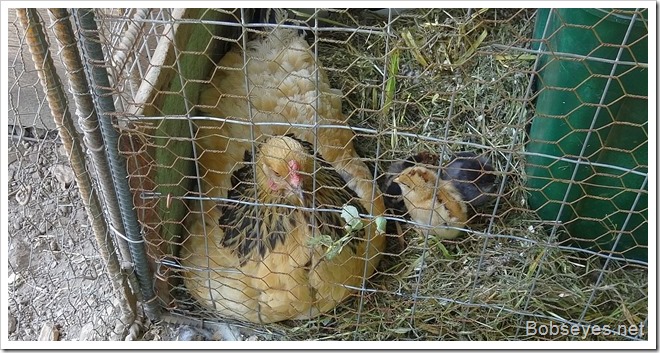 Here’s some of the other chicks in a feeder feeding. 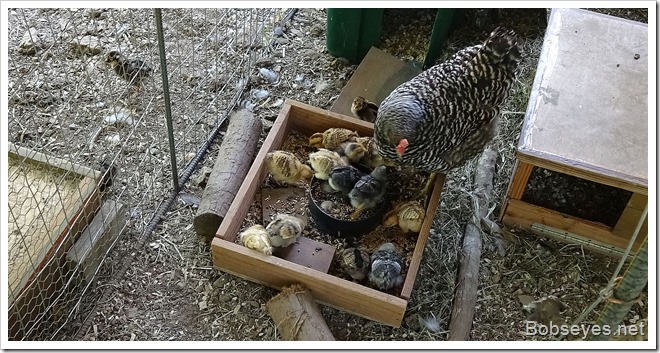 I noticed my rodent proof feeder that I’ve been working on isn’t getting set off by the chickens when they get up so I watched it a bit and decided the step paddle was too close to the pull string so the chickens just went around the step when they crossed the top instead of setting it off by stepping on the step so I had to make it more for chickens.

Here’s the feeder with the little trigger step showing the string going up by the step that the chickens go around. 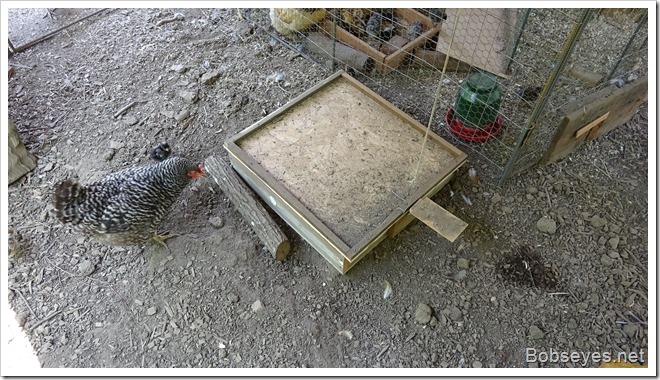 I was looking for a slightly larger little board to extend the step but could only find this little piece and was too lazy to cut one the right size but this would work for a test. 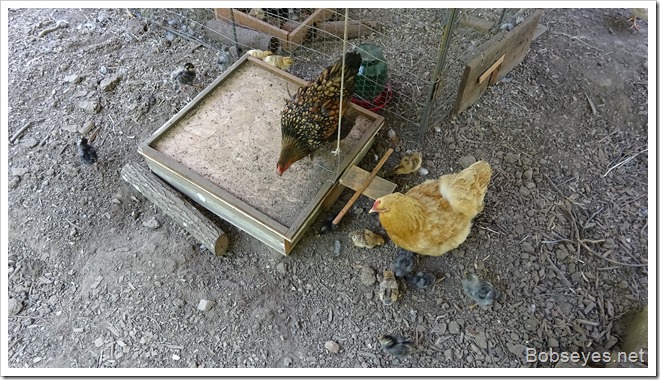 I watched it all day and reset it once or twice but it still wasn’t right.

Chickens perch and that’s what they are used to so I needed to get a larger stick and install it a bit higher so it was more of a perch but that could wait as I had other stuff to do.

There was some dirt in the way of the new fence I needed to install so I got a shovel and wheelbarrow and moved about a  cubic yard of it. 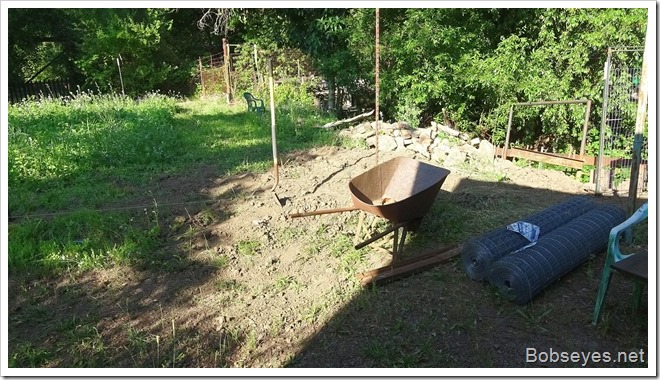 Laying out and pounding posts

Then I got the string out and laid out where I needed to pound in the steel fence posts. I also installed a gate I had made for this project about a month ago as I  had planned to fence this spot in to grow things. 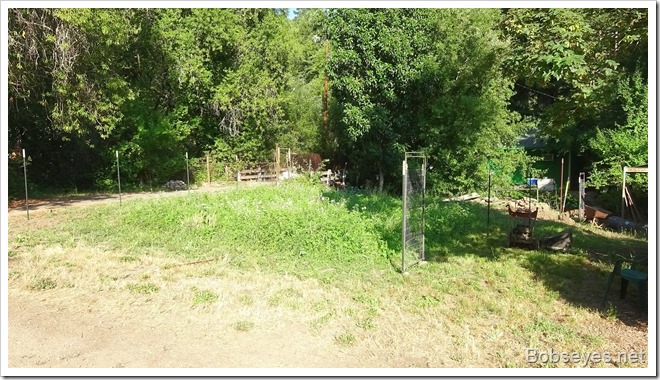 I rounded up the 2×4 inch by six feet tall welded wire and laid it out to cut it and put it up. I like the welded wire as it almost stands up by itself and  it doesn’t need to be stretched out when installing it. 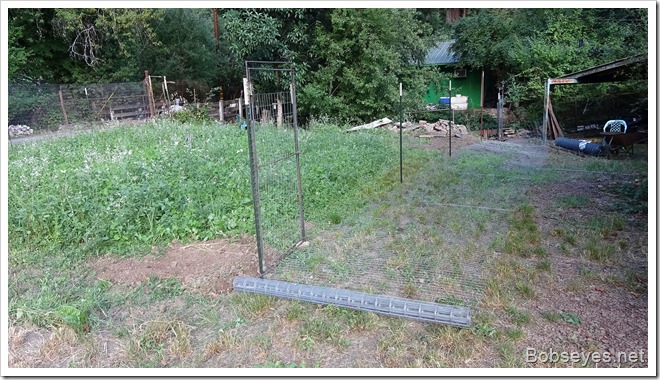 Late in the day I was able to get it all up except for this front part that needs to be able to take down easily to get a tractor in there but I ran out of daylight and energy to finish it up. 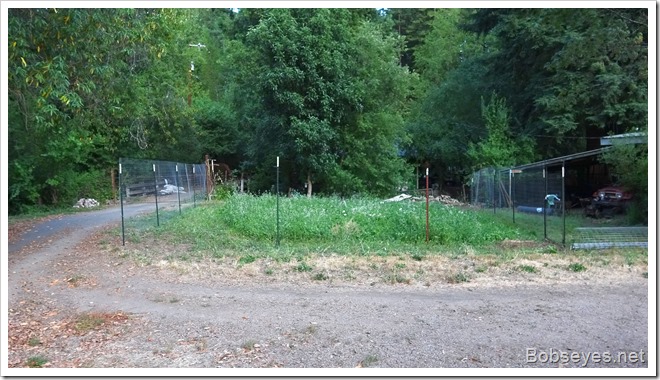 I did bring the mower over and will cut the weeds tomorrow. My mower has a bag on it so I will collect the cut weeds and put them in the chick pen for nesting materials and they eat some of it. 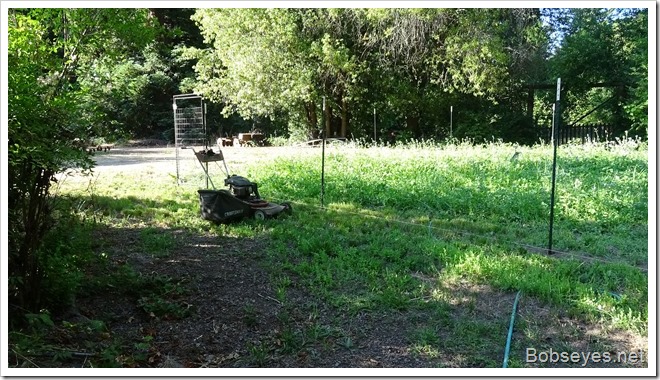 That pretty much wore me out but I got a good start on this project.

Nice day for some exercise.