I’d mentioned to my brother Tom that I’d buy his chicken plucker. He bought it new and never used it. I’ve been mostly skinning my chickens on butcher day but that meant I was wasting a lot of good skin and fat which is a big part of the chickens. And the hardest part of  butchering chickens is getting the feathers off no matter how you do it, unless you have a plucker machine.

So this morning I found this box in my driveway. 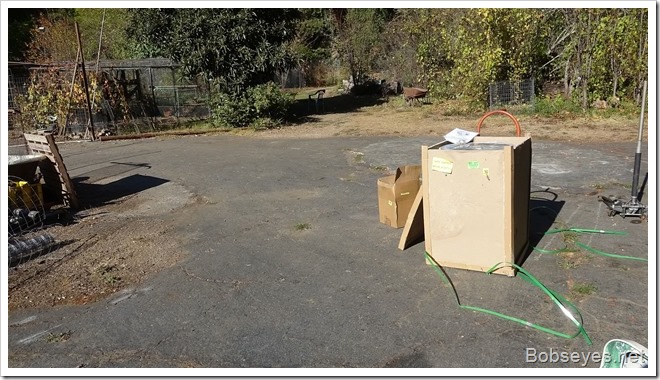 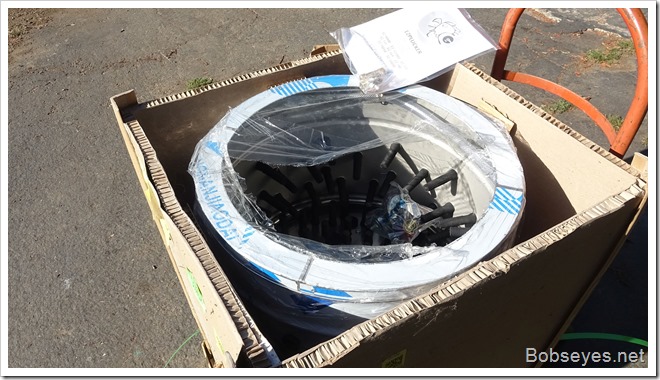 I got the box off and it looks like a real nice plucker, really much more plucker than I need but I’ll take it. It does a couple birds in about thirty seconds, nice. With a faster way to pluck I also needed some more killing cones and he had those too. Now I have to peel all the white plastic protector stuff off the stainless steel and get it set up.
That should make short work of he six or so chickens I do at a time. 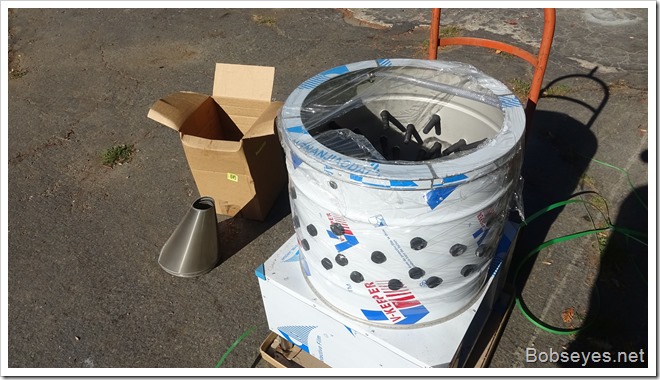 Home made noodles and raviolis

Dominique, Mary Jane and Tom where making raviolis today. I had a big pot of chicken broth so I thought it’d be a good time to make some noodles for chicken soup as they had a roller to roll out the dough so all I had to do was make the dough and cut the noodles which I did but forgot to get pictures as I worked away.

Tom rolled out  my dough for me and I was done in no time. I gave them each some of my noodles.

They were working right next to me on the ravs.

Here they are working away, making the ravs 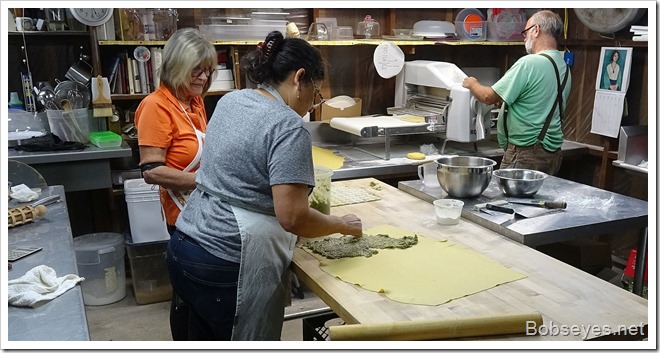 They keep the not so good ones in the bowl and cook them up for lunch. 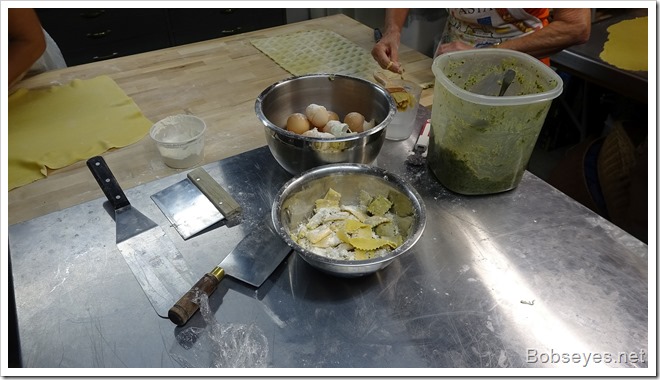 Here’s Dominique pulling out the sheet of dough. 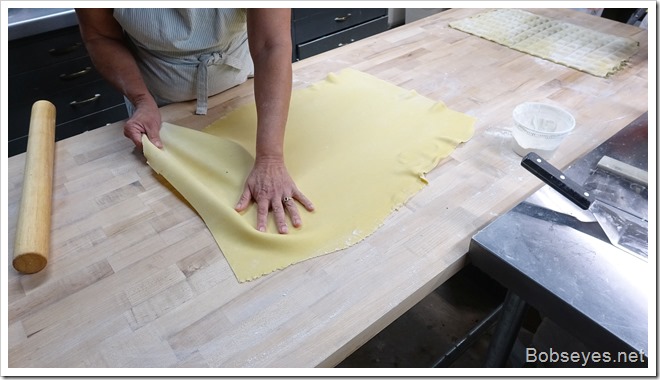 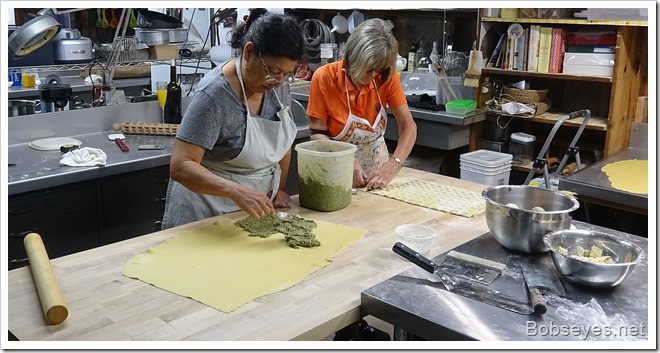 Dominique spreads out the filing while Mary Jane cuts them out. 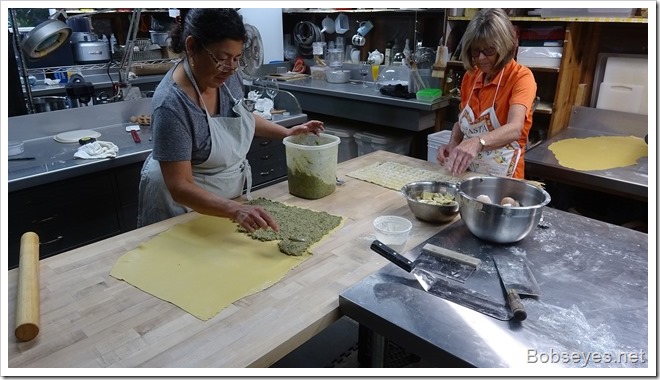 They have a hand roller that forms the ravs and then a little wheel that cuts them out which is being done here. 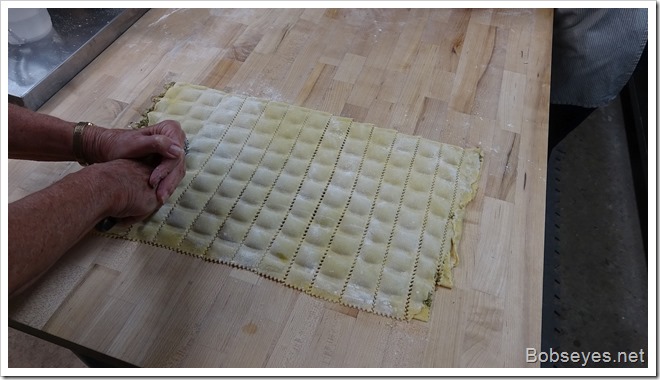 I took my noodles and went on home and cooked some up to start my chicken noodle soup. Yummy.

Other than that I didn’t do much today. My chickens always line up late in the day to get out to graze.
They really look forward to that. 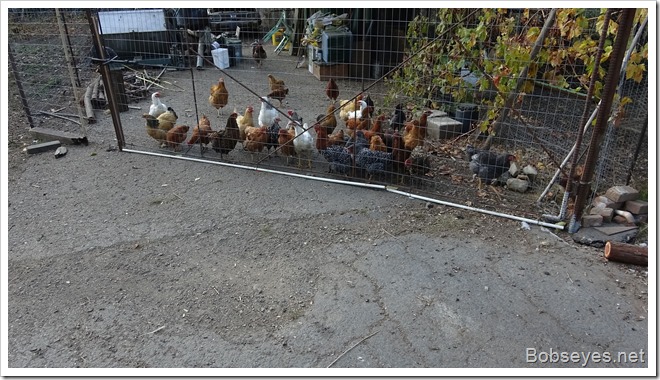 The sun was out and it was a bit windy and the wind is supposed to increase some more in the next day but it is still nice out.

That’s it for another  nice day. Yummy on the chicken soup, I have a big pot that should last several days or more.