I needed some chicken feed and my supplier went out of business so I had to find some place else. Because of my corn thing I do not feed them the processed feed as most of it has corn in it. That means I have to feed them some kinds of seed.

This all meant I  had to drive further because most feed suppliers do not supply seed as it takes more people to get it into your rig which I suspect is the problem. Fortunately a guy loads the stuff as some of the bags are 80 pounds at this place. 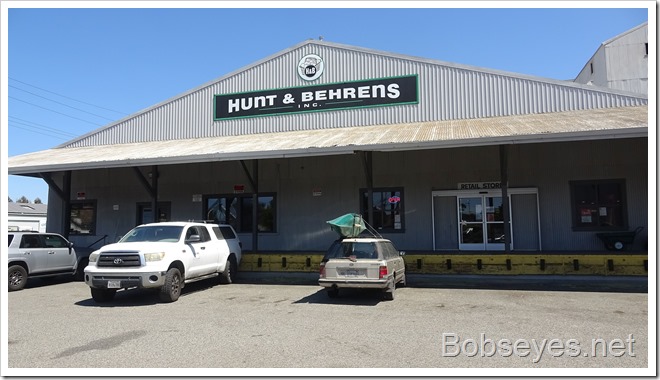 I learned I should turn my car around like that truck to help the guy loading it so I did. I had quite a load in the car when I left.

Next I was off to Costco to do some shopping and then over to a hardware store where they were out of the things I needed. I especially wanted some manual water timers but with the drought on around here no one had any. I went to home Depot and Wal-Mart and no luck, so I tried online when I got home and ordered up five but they said they will be delayed and let me know which is ok as I don’t need them that bad but in my older age I tend to forget and not turn things off when I should, sometimes.

I was going to go to the Cheese Factory but it was 5:30 and I figured they’d be closed and I was ready for home anyway.

I made it home and it was time for a nap before unloading the feed so nap I did.

Eventually I got enough energy to move my car closer to the storage shed and get these sacks unloaded. Most of them are 70 pounds but one of them is 80, 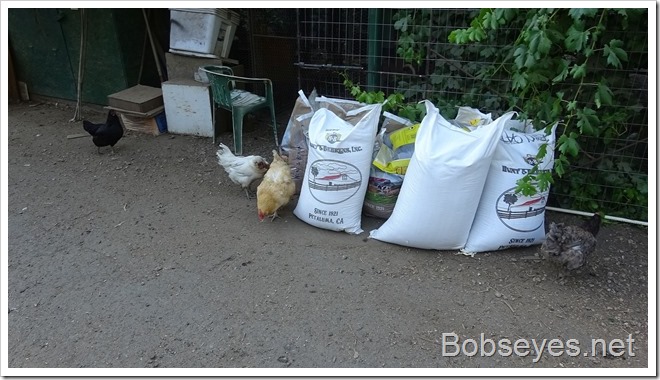 After that I needed a break so sat in my chair. Something seemed wrong with my order but I wasn’t sure what as these where all new type bags to me but something wasn’t right.

Getting closer and what’s wrong

Anyway I eventually got up and moved the bags closer to the shed getting them ready to put in the shed, but first I got out the sales tag to try to figure out what I had. I finally determined that they’d given me an extra bag of rolled barley. Hummm, I’ll have to pay them for it when I go there next time.

Bags ready to be put in the shed but first another chair break as I could see I was going to have to wrestle them into the shed as they are heavy. 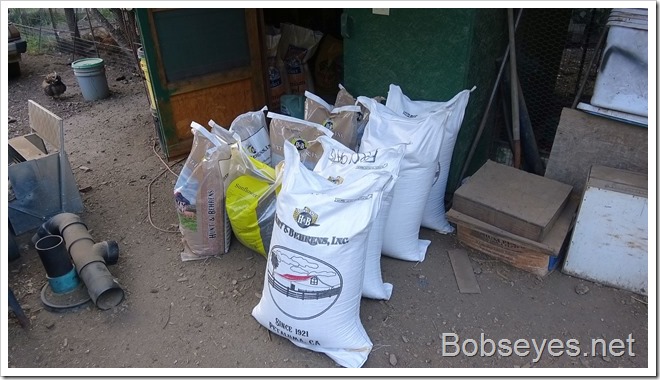 So I got the bags of feed into the shed and somewhat organized. 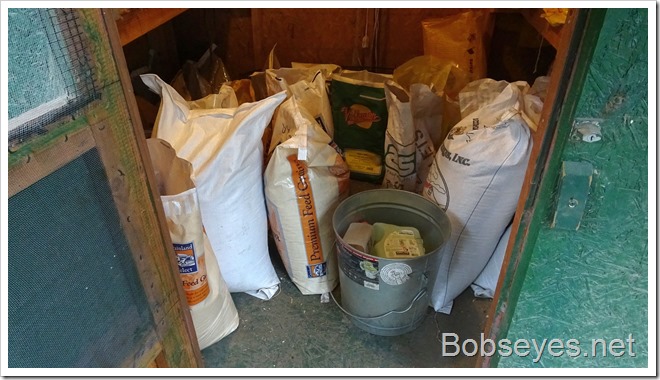 And of course it was break time again, in the house for a short nap.

Once I got it going again I went outside to do some fertilizing with the stuff I bought today as my blueberry bushes just don’t seem to be growing much, likely because the woodchips sucking out the nitrogen.

Someone gave me some sulfur awhile back so I mixed some of that in too. 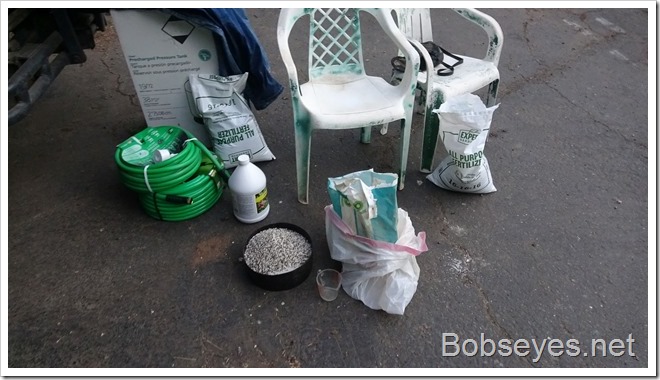 Then it was out to the blueberry patch and I fertilized everything in there and then turned the sprinkler on them to water the fertilizer in. 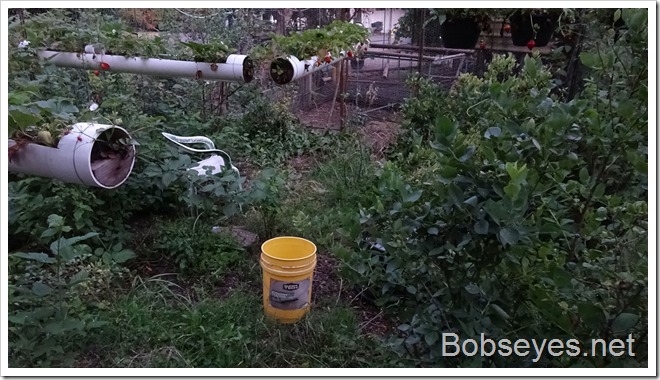 It was getting dark so I went in the house for the day.