While walking around the yard doing some chair hopping this morning I noticed the UPS truck going down the road. Maybe my egg incubator has arrived. I went out by the front gate to see and it was sitting there in it’s box.

I packed the box back to the house. 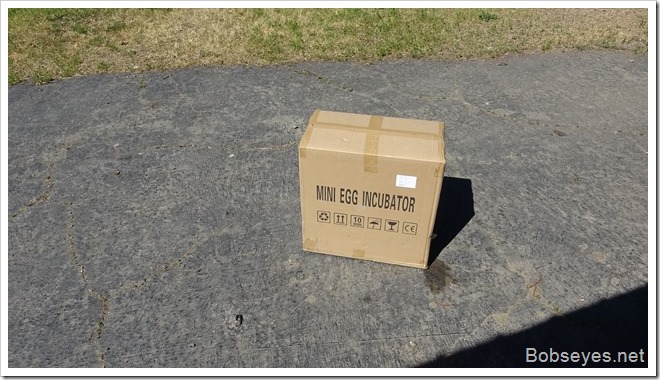 Locked the chickens in the carrot patch

Chickens locked in the carrot patch. The carrot patch is going to seed as with this virus thing my brother hasn’t been able to sell all his vegetables and some of them have gone past prime. 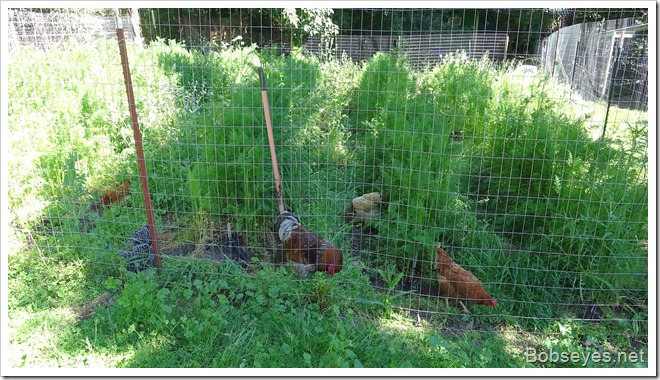 After that I got back to the incubator and got it out of the box. 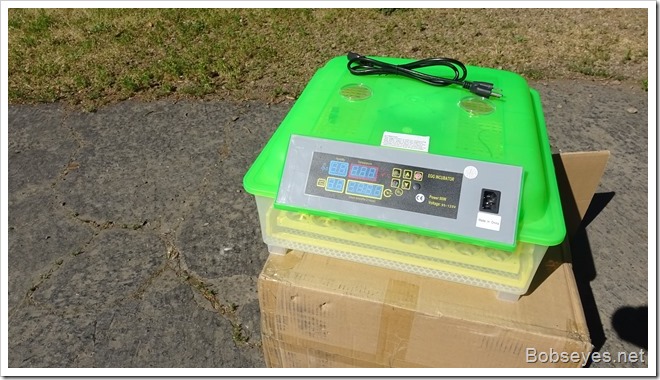 I took the top off to check out the automatic egg turner. 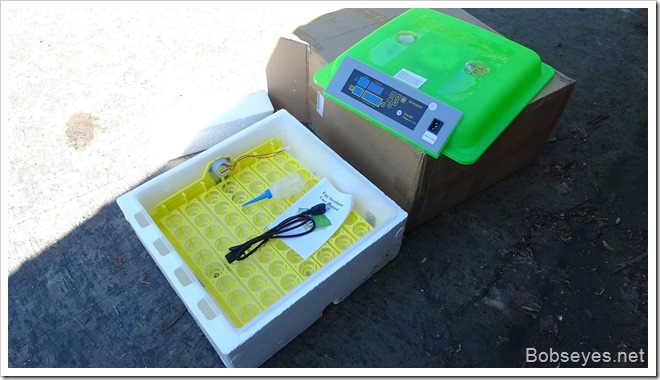 The automatic egg turner can hold up to 56 eggs and turns the eggs every two minutes. 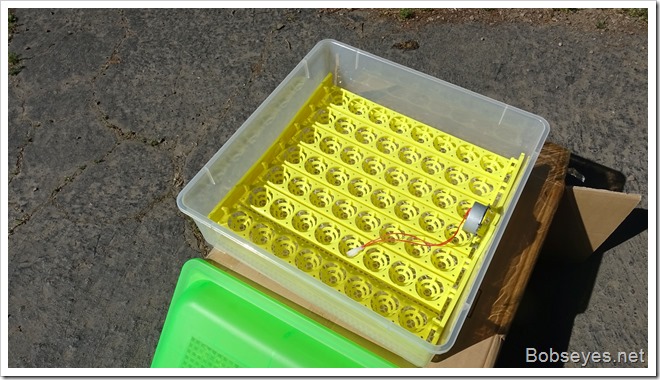 I set it up in my house and turned it on to test it out. It has a loud beeper when the temperature or humidly goes out of whack which I think might be too loud for the house so I think I will eventually set it up for use out in my feeder shed. But first I need to cycle it for a day and  make sure it holds the temperature and humidly where is is supposed to. and I know how to use it properly. It seems to be functioning well so far right out of the box.

I continued chair hopping and puttering around the yard not really able to get started on anything.

But later in the day I started work on welding up a new electric fan bracket for my van’s cooling system. 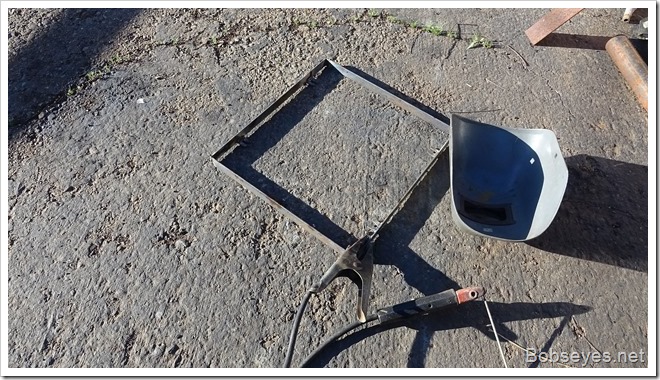 The bracket being tested on the radiator. The electric fan will eventually get mounted in the bracket. I made the bracket to make it easy to take the fan in or out for maintenance reasons. It’s easier to work on stuff when it goes in and out easy. 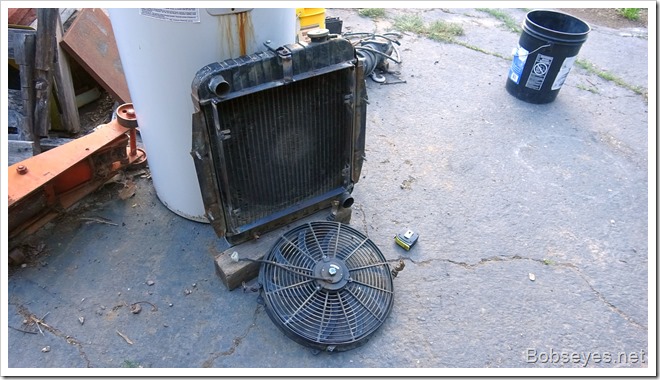 Here’s a close up of the new fan bracket being tested out for fit. 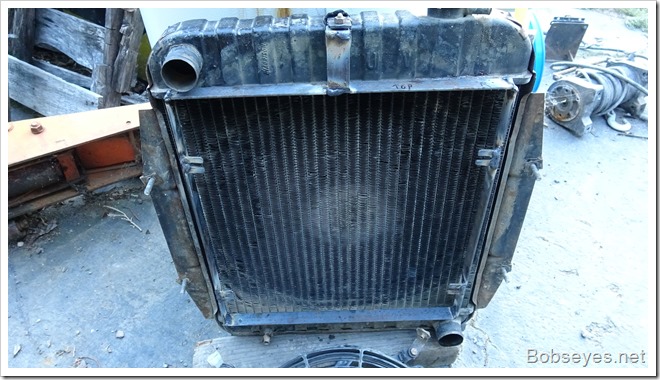 That’s all I could do on that today until I get the rest of my new parts which are supposed to arrive tomorrow.

Late in the day I let the chicken’s out of the carrot patch so they could feed in the yard for a bit. 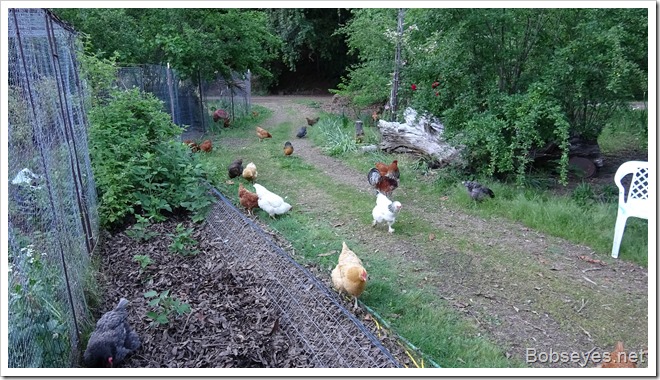 These raspberry plants volunteered and are doing better than the plants in the raspberry patch. 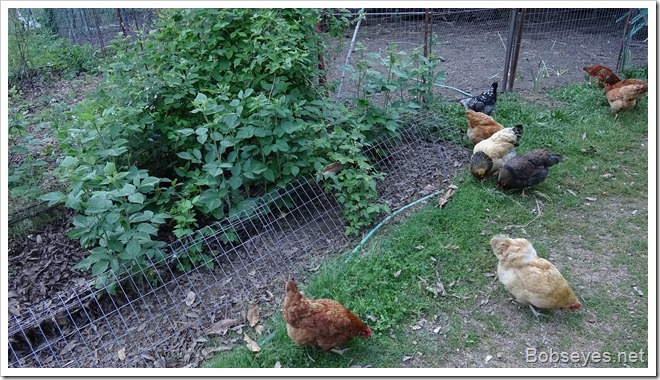 They are blooming and will have raspberries soon. 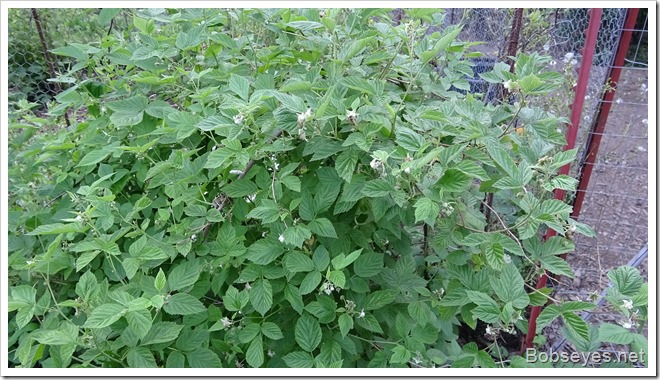 It was another nice evening so I sat in the yard and chair hopped for the rest of the day.