Last night after dark I moved the nesting box over to this spot. Momma hen didn’t seem to mind. My plan is to make a wire enclosure in front of the nest door for the little peeps to get water and feed without the big chickens bothering them and eating and drinking all the stuff. It will also  help provide some protection from the bigger birds 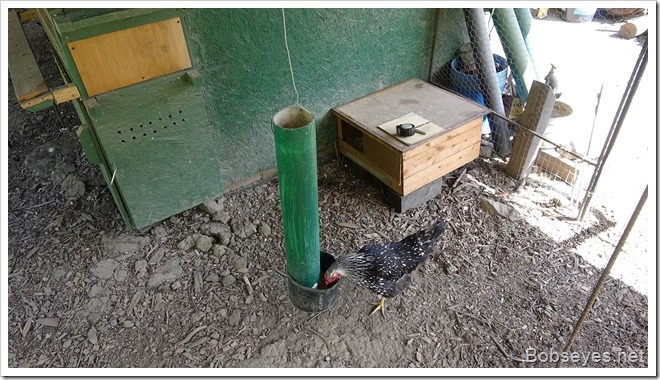 I measured and cut wire to size and then put it together to form this sorta box structure. The little peeps will be able to go through this wire and the big chicks won’t. I’m hoping to get some peeps in about another ten days or so if all goes well. 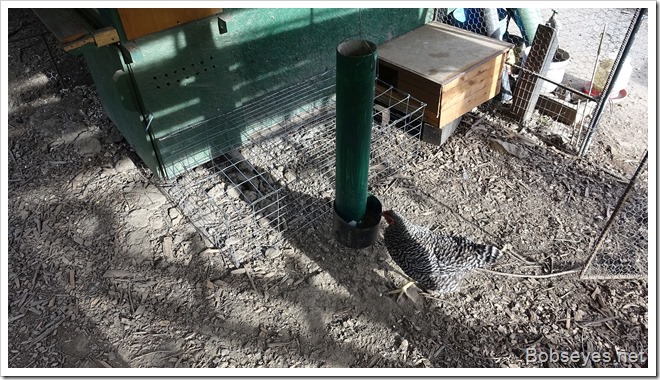 The Egg bandit gets caught

When I checked the hen nests this morning I found another egg had been eaten as there was a wet spot in the left end nest so I watched this morning’s videos and the hen on the left is the culprit and has a red band on it’s leg. I’ll watch the hen a few more days. I did notice the hen eats the egg shell right away so maybe it needs some shell material so I put out some oyster shells today. 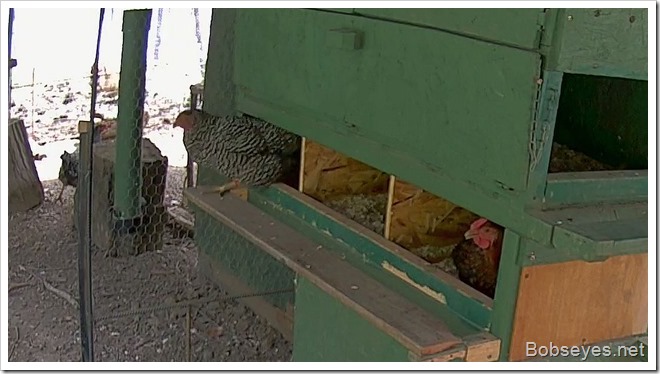 It’s not rally so bad that the hen is eating some eggs as the more protein a hen eats the more eggs she lays. As long as she doesn’t teach them all to do it it’s may not be so bad. My biggest complaint is she messes up the hen boxes and I have to clean them up.

It turns out that this is one of my smallest hens.

Anyway I’ll give her a wait and see for awhile yet maybe the oyster shell will stop it?

While I was working on the wire cage my brother Tom came by with his leaking washing machine input water valve that the cold water side was leaking all the time.

I had a look at it and took apart what I could and checked the solenoids with my meter and they were good. I determined there must be a piece of something stuck in the valve keeping it from sealing so we blew some air through the valve while I cycled the valve with a small magnet to open and close it without electricity, testing it by blowing through it with my mouth.

After a short time doing this I was surprised to find the valve had a seal and it worked. My brother left to reinstall the valve in the washer and see if it worked. He came back shortly and said it worked just fine so all was good.

More digging in a grow pen

I spent some time turning over this grow pen dirt for the second turning. I plan to throw a bunch of seed in there tomorrow and let the chickens in to scratch and bury some of it and then kick them out until it grows.

I’ve almost got it all done. 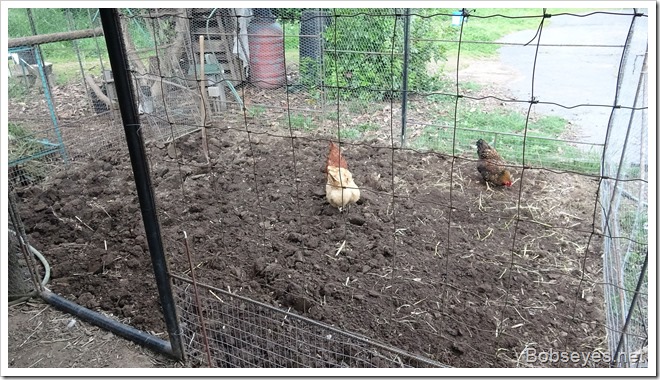 Carmelo the rooster keeps an eye on everything. It’s part of his job. 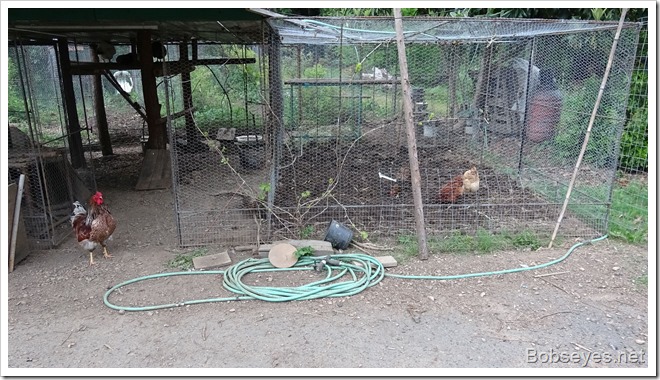 I think the flock is doing much better with only one rooster as they seem to have settled down quite a bit without those two other roosters chasing them around all the time. There’s a lot less rooster calls too.

Before I knew it the day was over and it was time to go in as it was getting dark.