I needed to get two batteries and some other stuff so it was going to be a shop day with a bit of visiting too.

So I picked up the two batteries and then went to Tractor Supply to look for some sunflower seeds for my chickens which they had.

I’ve been out of these seeds as they were out of them the last time I bought chicken feed.

They were a bit expensive but they add a lot of protein to the chicken’s diet which translates into more eggs.

Right now because of the time of the year, I’m getting almost no eggs so I’m hopping the extra protein might kick some of them back into laying eggs, otherwise they don’t normally start laying again until about the first of the year.

With the shopping taken care of I headed over to Joe’s place as it was on the way home.

I found Joe outside working on a project. 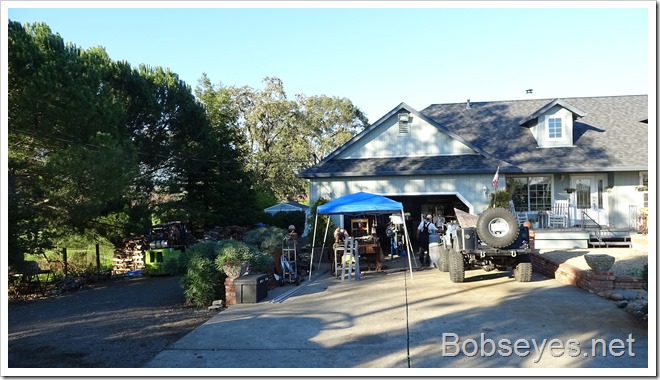 Joe’s project was to construct some big metal hinges for a winery. He was building them from scratch. These are some of the hinge halves before welding on the pivot parts. 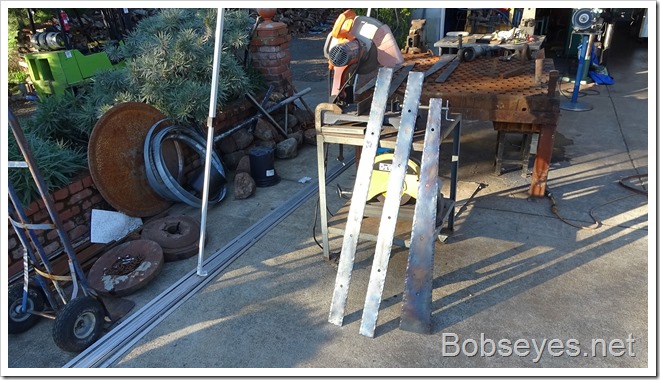 What Joe is doing is heating up these parts to induce texture and color into the parts. 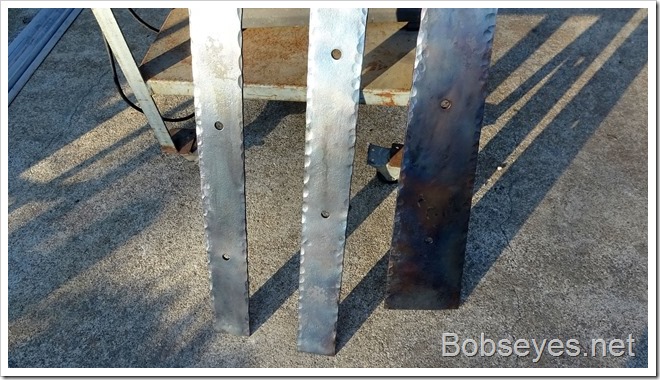 To do this he heats each part up to red hot and hammers the part to remove some scale to give each piece some character. 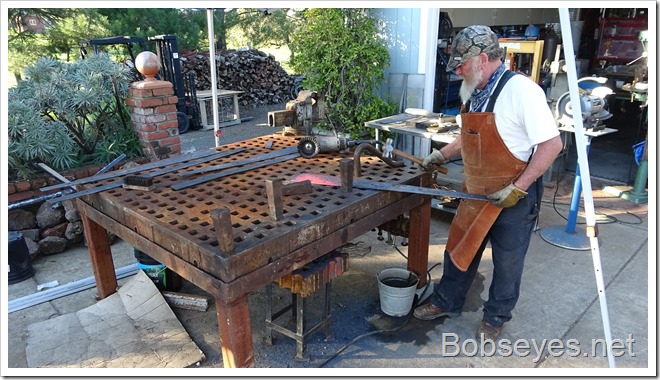 Some of the metal scale will flake off where he hits it with the hammer to add character.

Joe finished up that one piece then we went in the house where Joe made a cup of coffee for us.

We sat in his garage enjoying the coffee when his neighbor John came by for coffee too.

We all shot the bull until Joe’s phone rang. It was his neighbor saying some of his chickens  had gotten out so we had to go let them back into his yard. 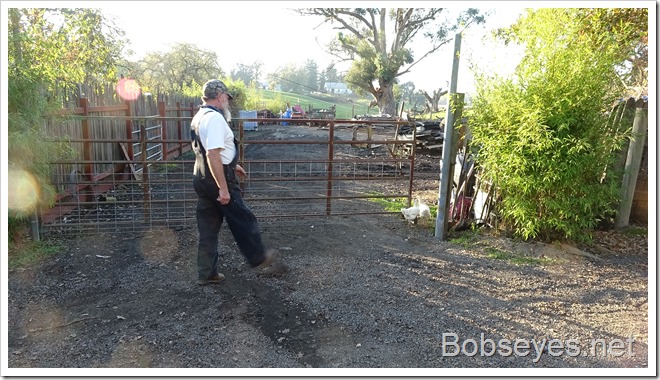 The neighbors big dog was watching us. 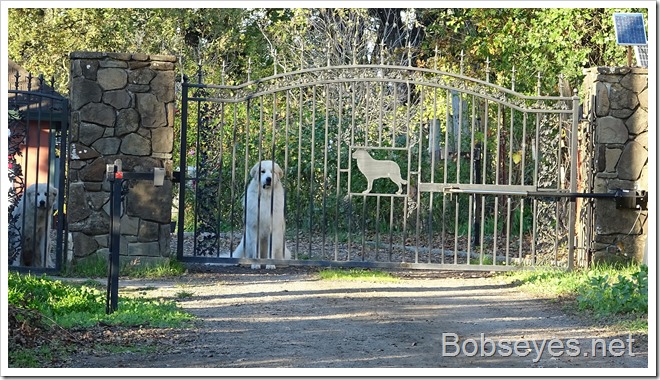 So after that we went back to the garage and continued our discussions.

Shortly after that we heard a machine out on the road and Joe says, my gravel is here, so we went over to where the guy was dumping the gravel in a soft spot in his yard. Joe had put a bunch of rocks in there as he said it was a sink hole..

While they were working on that I spotted Joe’s pigs. 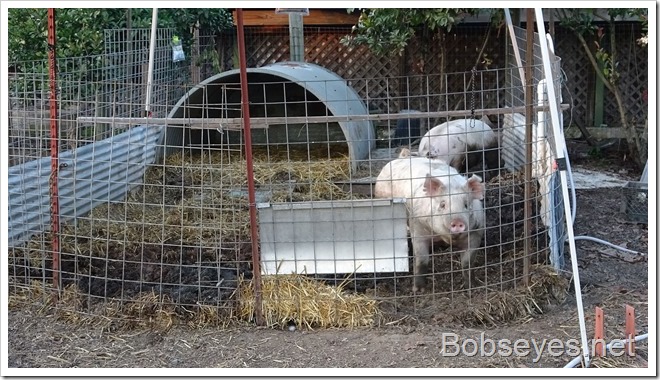 The guy with the gravel had a compacting attachment on the machine which was nice as he was able to drive the rocks into the ground with it. 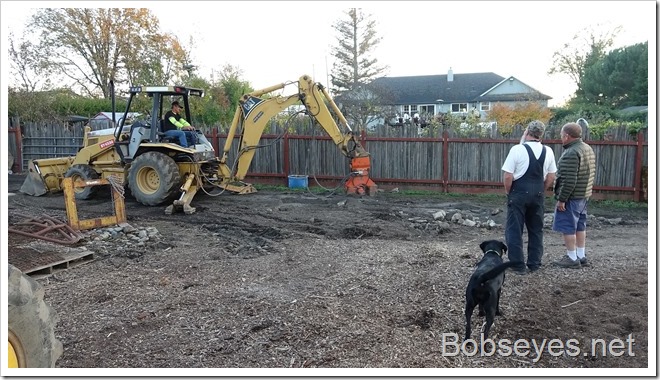 Joe said he’d have to go  now and help this guy load something with his forklift, but first he had to feed his pigs. 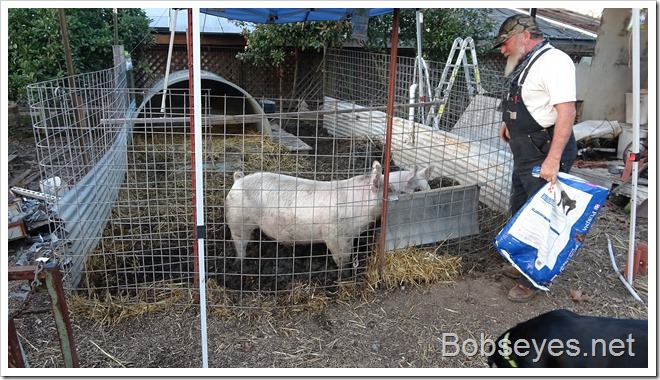 Since my car was blocking his driveway, I left for home so he could drive his forklift out.

At home I unloaded my supplies and it was getting dark so I went on in for the day.

(Visited 151 times, 1 visits today)
This entry was posted in Uncategorized and tagged hnad made big metal hinges. Bookmark the permalink.