Continuing with the chicken nest construction

Once I got it going this morning I went outside to a nice day. I shooed the chickens out of their pen and got my tools together to work on the nesting boxes and storage cabinets.

Here’s the mostly finished product. I need to get some hinges for the cabinet doors and that’s about it. Maybe some paint to make it friendlier to smooth things off. 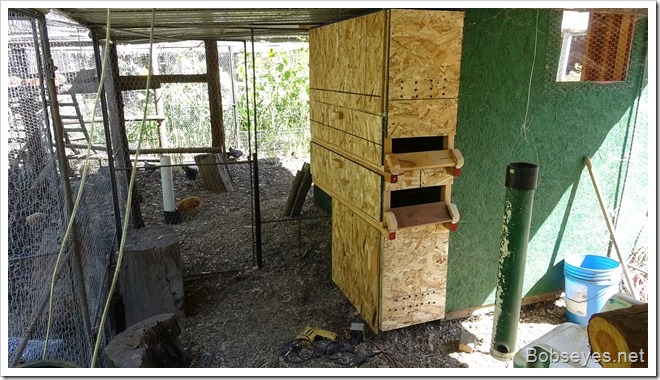 Did you note the nest perches above? I put them on hinges so they can be closed if I need to keep the chickens out of them for some reason. An idea I got off YouTube from someone. 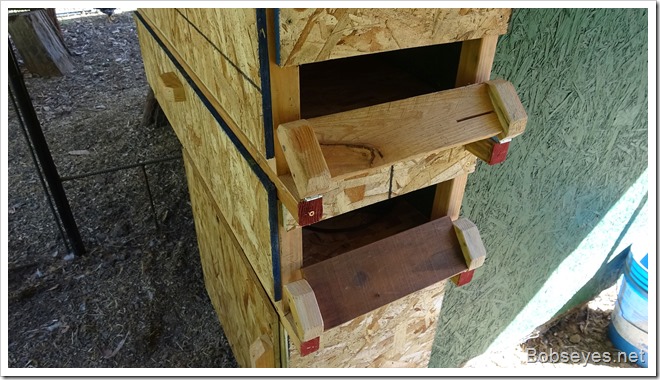 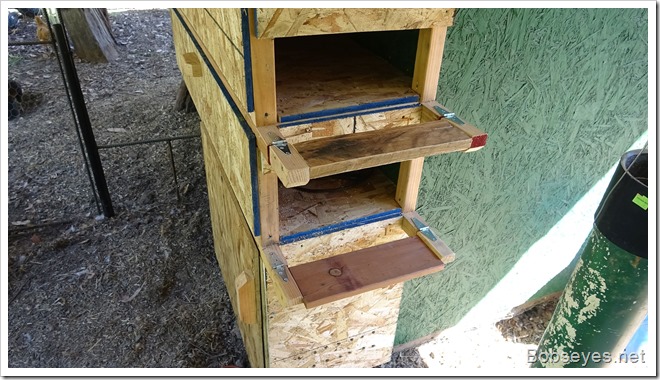 I would have finished that project off if I had some more hinges, but at least I have most of it done.

After a break I cut some redwood limbs up to make this little roost for the smaller chickens to see if they will get off the ground at night as chickens should. I used screws to put it all together, nothing fancy. 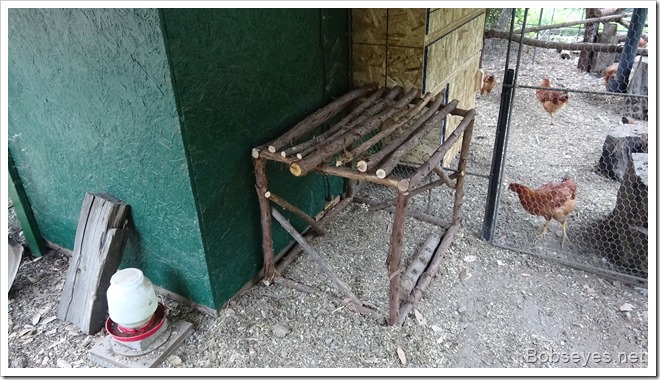 The sunflowers are still blooming away in the grow pen. 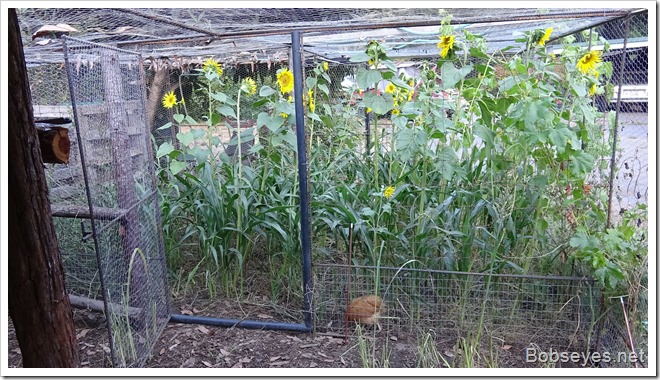 Putting on the feed bag

I remembered I wanted to mow some grass at my neighbors for the chicks so I fired my weed mower up and put on the feed bag.

Here’s the second of the two bags I filled or the mower filled. It’s green grass and seed from weeds I mowed. One bag for the larger chickens and one bag for the smaller chicks. 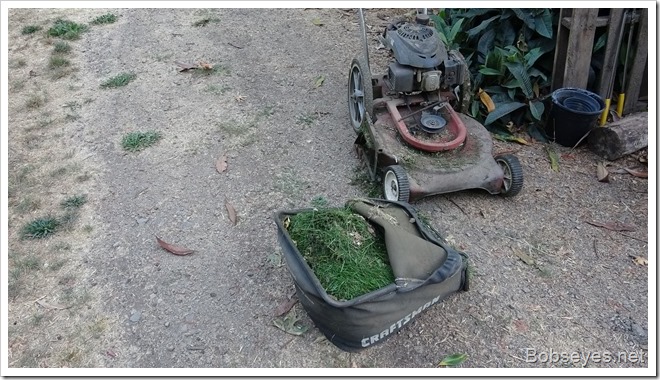 Here’s what the larger chickens think of it. 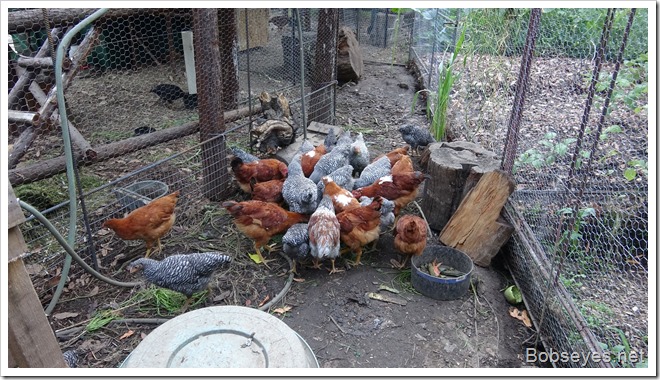 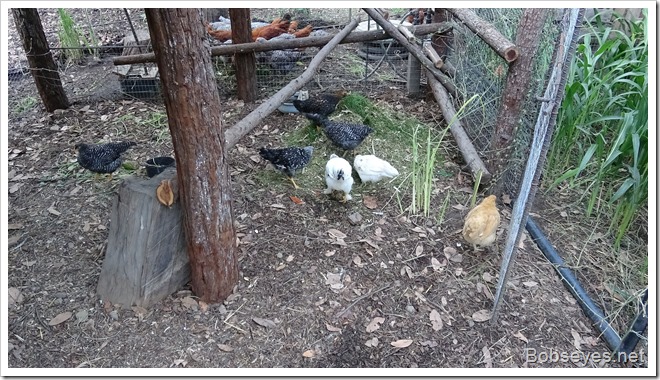 Just before dark the chickens go to roost for the night. I was surprised to see the chicks already up on the new roost checking it out. 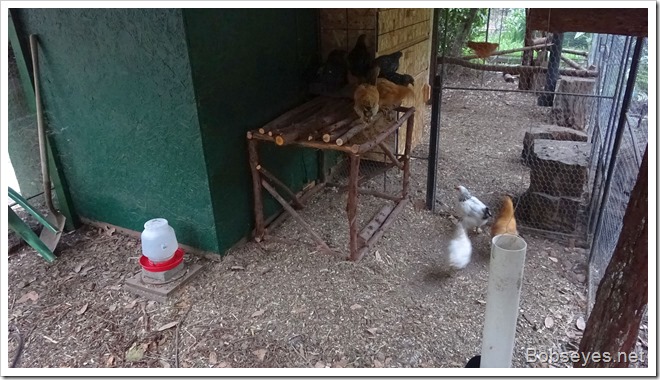 I was happy to get the nesting box project mostly complete as that was a big one that needed done. My next project for the chickens is to construct some more grow panels to grow stuff for the chickens as the one I have looks successful. The only thing I will do different on the newer grow panels is to make them smaller for more control and easier to deal with. Instead of one big one, I’ll make two smaller ones.

That’s it for another nice day working in the chicken pen. :O)