Need Some Gloves, Chilled to the Bone and Into Bed For the Day

I need some gloves

I loaded my kayak stuff in the car and headed for the local hardware store.

As far as I know I haven’t ingested any corn stuff for over a week or so and the main corn rash is subsiding, however the body rash is slow to go and I’m dealing with that. My main problem right now is my hand’s skin is cracking up from the rash and also my hands have sorta hardened up. So I’ve been rubbing the hands to make them feel better, but in the process I think I  might be rubbing too hard or much and only making the problem worst.

One of the problems I have is I’m using my hands all the time so they don’t get much of a rest. Cooking and hands in and out of the sink is taking it’s toll, so I need to do something. Last night I made a run to the local grocery store to see what they had in gloves as the store was open. They had some but no extra large like I need so I bought what they had to try them out. One pair wasn’t too bad, but still too tight.

So that’s why I headed to  the hardware store this morning, to try and find some good extra large gloves for my hands.

Now I would of thought the hardware store would have lots of extra large gloves, but that wasn’t the case. I could only find one box of gloves in extra large, but they were nitride and still had to pull them on. Nothing in the slip on that would work for doing the dishes. So  I bought a box of the XL gloves which when I tried them did not find them to my liking.

Off to kayak for the day

From the hardware store I headed for Jenner to kayak for the day, but on the way driving down there I ran into heavy fog way before I got to Jenner.

Check out the overlook

So I thought I’d drive on down to the overlook to have a look.

Here’s the fog as I got there. Can’t really see the ocean out there. 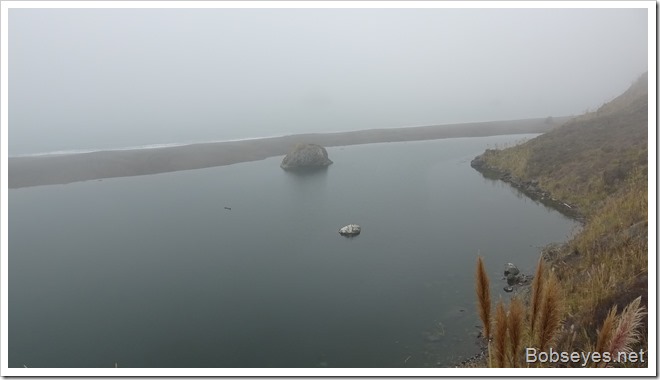 Or down that way  either, but it didn’t look too bad for kayaking. 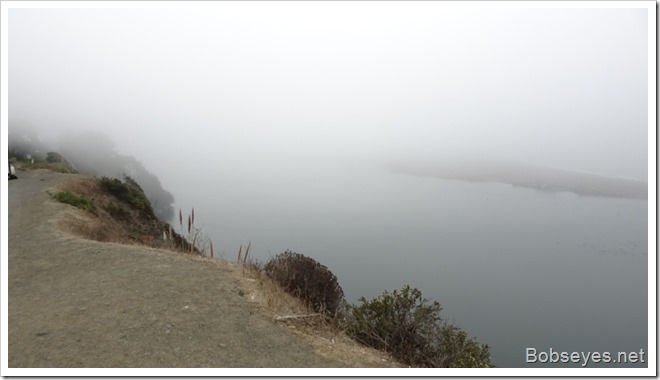 I noticed this big viewing scope and knew it to be one of the seal research guys from the Sonoma County Water Agency, so I went over to talk with him. It was Justine. They observe the harbor seals down there, taking counts periodically and noting anything that goes on with the seals, but they never interfere with what’s going on as they are just observers. 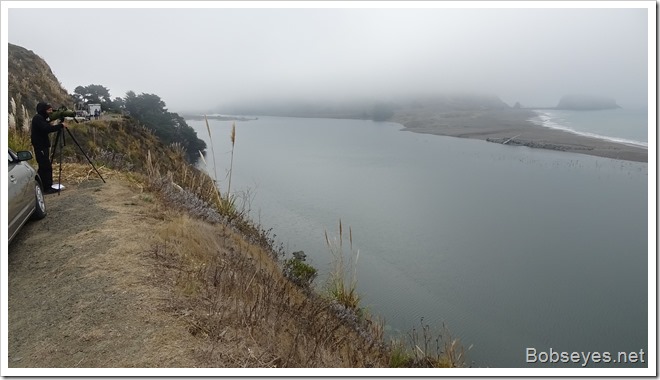 So I talked with Justine for quite some time as the fog started to lift a bit. 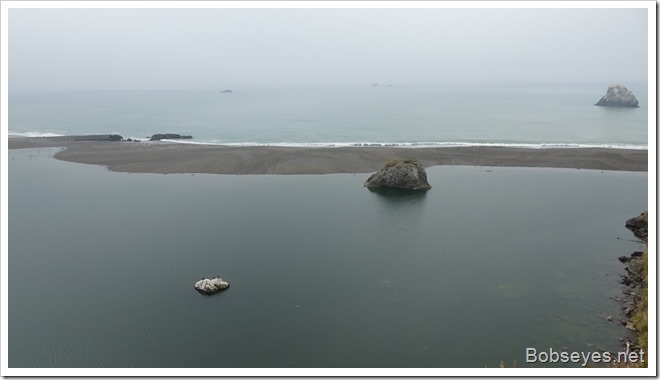 Birds resting on the sand in front of what’s left of the old jetty. 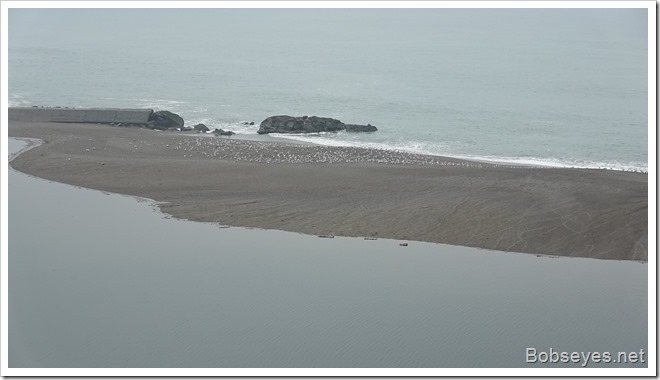 And the harbor seals Justine is watching. He counted 38 in this group. 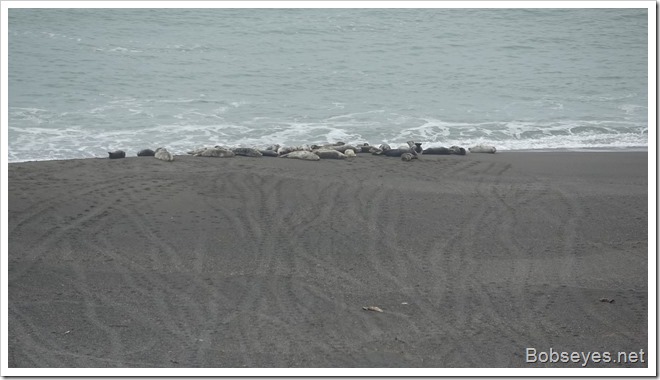 While standing there in the fog talking with Justine a chill took over my whole body so when I left I drove on towards Monte Rio where I thought it would be a bit warmer and it was.

But that chill was all the way through me so I headed on home, stopping to chat with Ray a bit about his recent excursion to Oregon to help his daughter get her house started.

He had an appointment somewhere so I didn’t stay long and went on home.

Crawled into bed for the day

I was still chilled when  got home so I crawled into bed as I felt like I needed a nap too. Staying in bed would also give my hands a break which I really needed more than anything. I did get up once or twice and made an excursion through the yard, but the best place for me today seemed to be in the bed.

I think my hands are slowly getting better. I’ve resumed putting the steroid cream on the parts that are cracking which seems to be helping a bit. Cracked skin means stinging and it’s fairly constant.

1 Response to Need Some Gloves, Chilled to the Bone and Into Bed For the Day