Need a Yak and I Construct a PVC Chicken Feeder

Haven’t kayaked in quite some time

I drove down to Monte Rio today to kayak as I heard the mouth might be closed which makes it easier to go up river from the boat ramp there at Monte Rio.

When I got there I could see the mouth hadn’t been closed and it was going to be some work getting up  the river below the bridge. About that time I saw Ray and his wife in their boats just starting to paddle on up the river so I haled them and told them I’m going down river.

Headed for Jenner to yak

I’d read on the weather report that the wind was down at Jenner today so I drove on down there to  kayak for the day.

I put my boat in the water. There was a bit of wind but not too bad. The fog waffling around seems to cause the wind to blow a bit when it moves around.

I headed on up the river along it’s south side which looked like this. 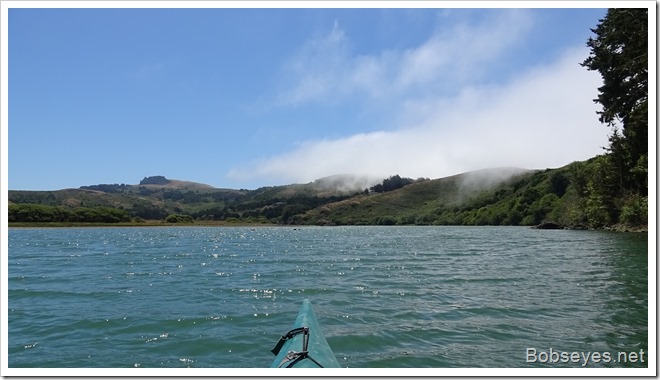 I stopped here and there to enjoy the day. Here’s one of the spots I stopped for a bit as the fog waffled in and out. 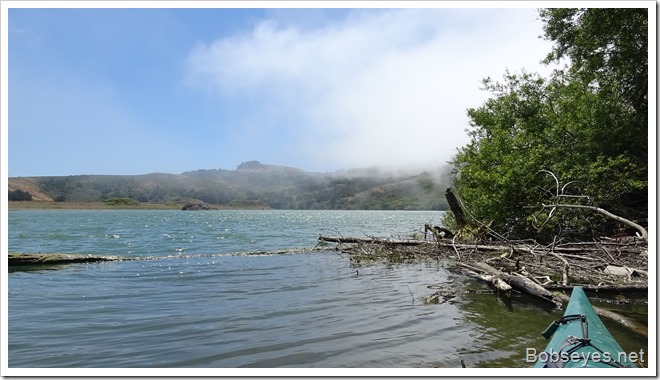 I made it up to here which I call Muskrat and sat for a good while looking back towards the town of Jenner. 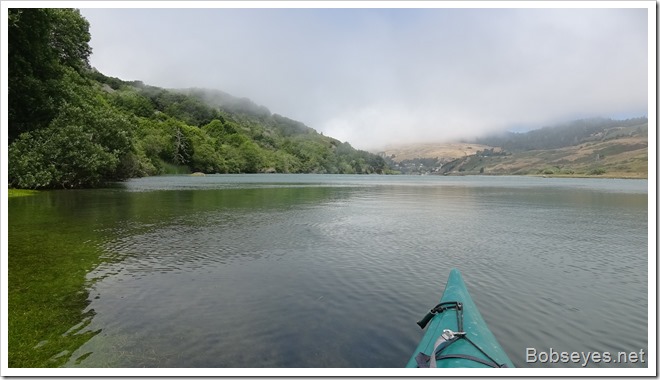 Eventually I started back down the river going past this male loon. 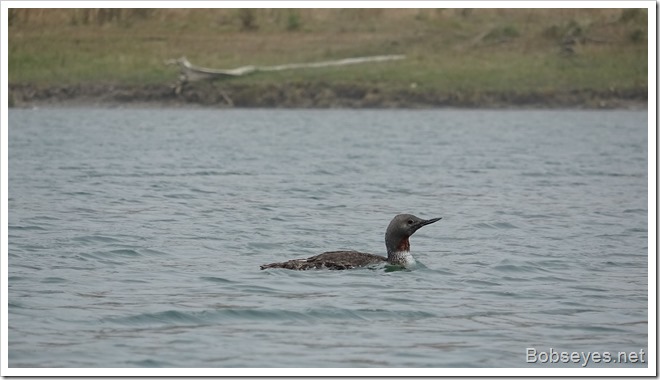 And it’s mate, a female loon. 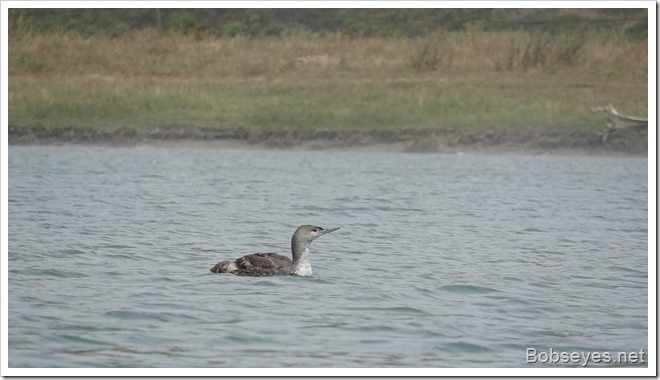 And there were some grebe on the river too. These two paddled on by me. 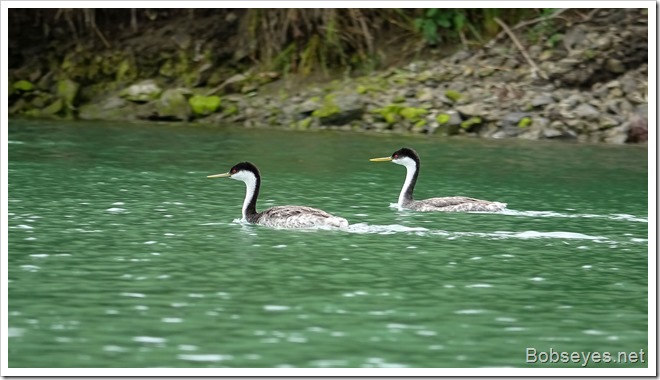 Earlier I was watching these cormorants fishing away along with some terns, but now they were resting and most likely digesting fish. 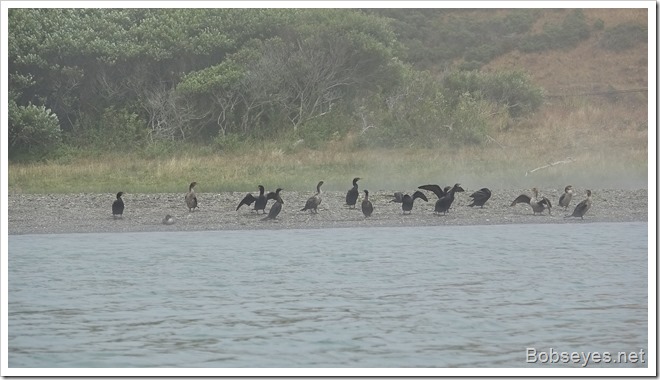 I was thinking some berries might taste good if I could still find some as it was getting late in the season.

I decided to land my boat here at the Swamp Rock Trailhead so I pulled on into shore to  look for berries. 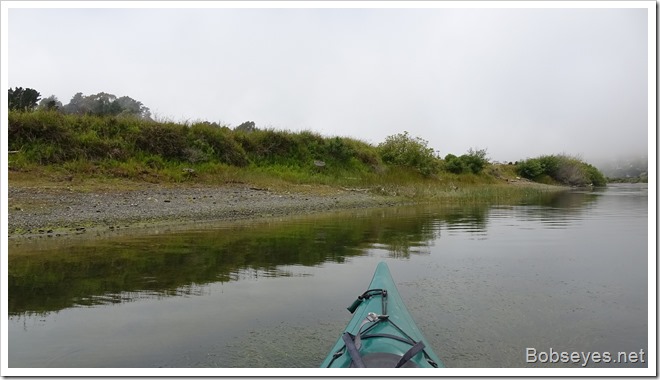 There weren’t too many berries around, so I walked up the Poison Oak Alley trail a bit and found these ripe thimble berries, similar to a raspberry. Yes I gobbled up all those red ones. 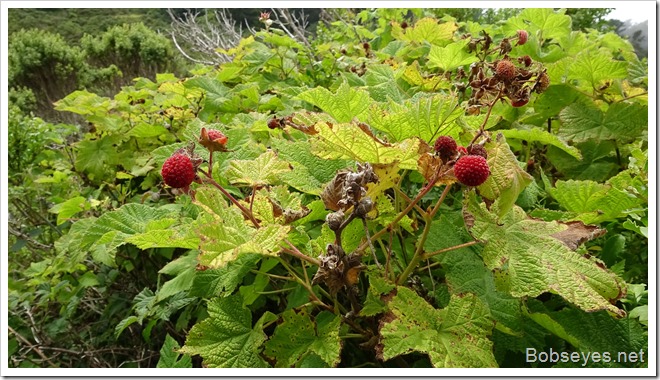 I did find a few blackberries on the trail one takes to Swamp Rock where I ate some more. 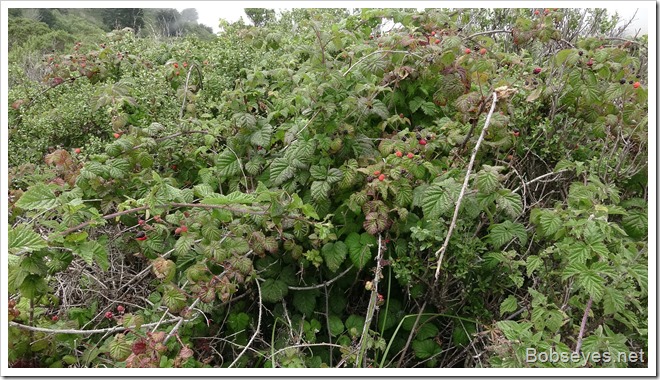 From there I put my boat back in the water and headed over to the town of Jenner which was in and out of the fog looking like this as I paddled along. 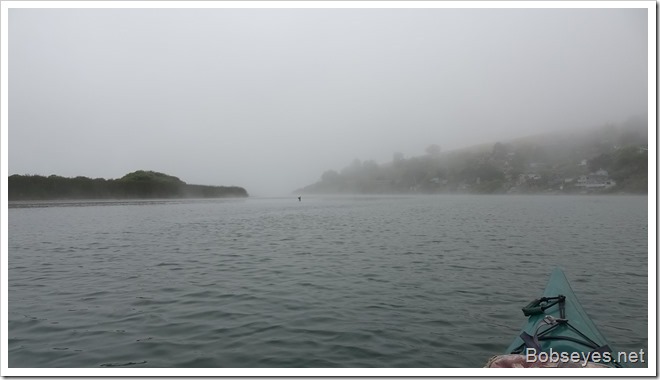 I hit the boat ramp and went on home for a little nap.

Need to make a chicken feeder

After I was rested up I decided I needed to attempt to make a chicken feeder from stuff I had on hand so I rounded up a 4 inch piece of PVC pipe and two, inch and a half abs street elbows and a plastic jar cap from Costco, plus three screws and some silicone.

I drilled two holes in the pipe for the street elbows to go into. 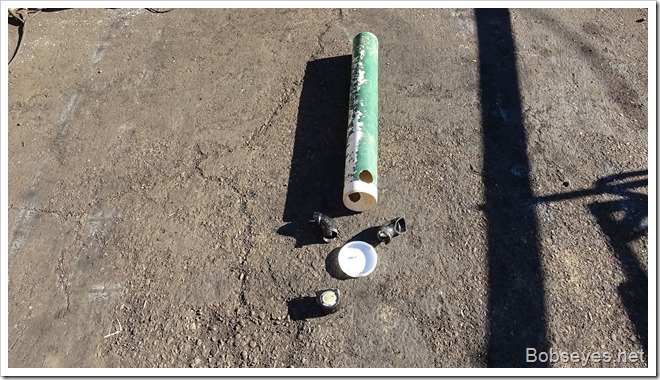 I had to trim up the street elbows a bit to do the job.

Here’s the two street elbows in place and ready to be sealed up with some silicone. 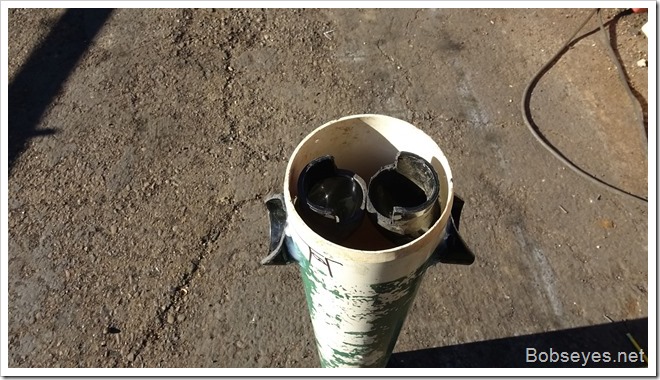 I drilled three holes to screw the jar cap to the pipe.

I then fastened the unit to a wire and hung it from the pen top a bit off the ground so the little chicks can still get to the feeder openings.

Here is the feeder mounted and ready to receive some feed. This isn’t really my design. I saw it on YouTube so sorta copied what I saw. 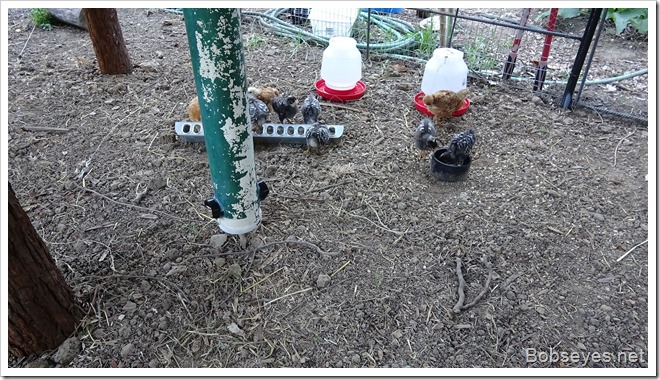 Need to test this feeder out

It will take a bit for the chicks to discover how to use this over what they’ve been used to. I put some ground up bird seed of high quality in it to entice them to it, but so far no takers. I don’t think it will take them long to find the food in it. I plan to make a couple more of this type once I test this one out to see how it works out.

The grow panel is working out good as the chicks like feeding on it. It also has the advantage that I can plant some more seeds under it and they don’t have to keep out and let it grow first like anything I plant out in the open pen. I plan to plant some alfalfa and cover seed in it where there are bare spots. 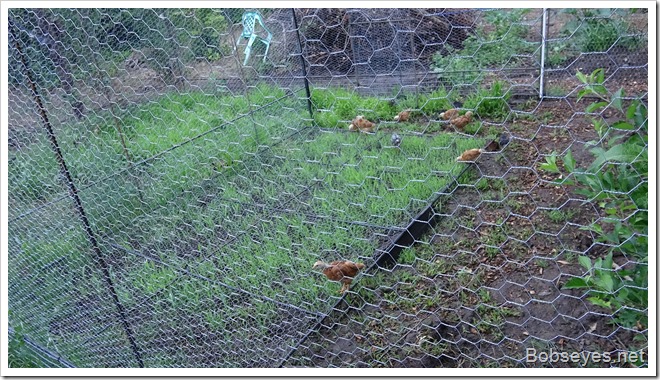 That was it for me today for another nice one. I needed the yak as it’s been quite a while since I was out.