My Trip to the San Francisco VA, Some Shopping and a Visit

Traveling in the wee hours

Today I had a doctor’s appointment in San Francisco at the VA. I hate the traffic going down.

So about 2 AM this morning I headed on down there to miss most of the morning commute traffic, which I did.

Not too many cars on the road. 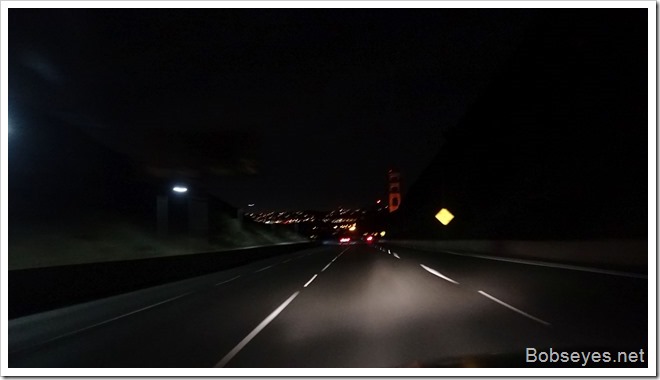 Here I’m just starting onto the bridge. You can see the Bay Bridge lit up in the background, sorta. 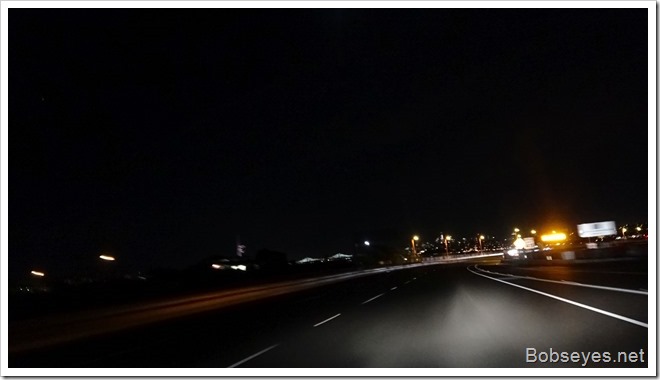 Since the bridge wasn’t full of traffic, I could take this photo crossing the Golden Gate Bridge. Hey don’t expect things to be level when driving with one hand and shooting through the wind shield. It’s likely against the law too. :O) 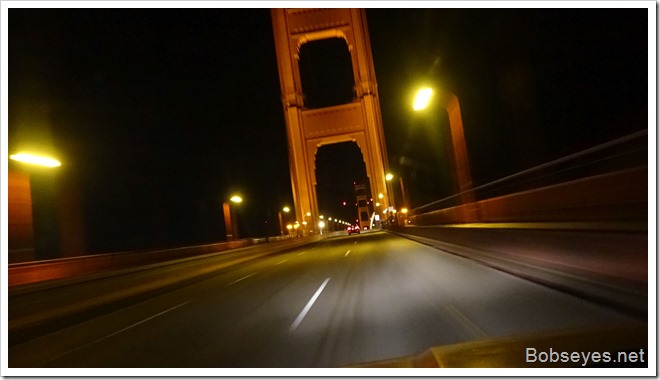 Going down through the park

I take a right turn down through the Golden Gate Park, the first right by the old toll gates. This drive takes me along the coast line sorta and though some very expensive houses, just a few miles to the VA hospital. I parked at the bottom of the parking garage back in a corner. I had put a bed in the back of my station wagon so crawled in for some rest until my 10 AM appointment.

I headed on over there about 9:30 and only had a short wait.

The lady doctor was alright, but the so called guru doctor I saw was hard headed. For some reason these guys just can’t get it through their thick skulls that corn can be a problem. They always want to test to try and find out what the problem is, not understanding it’s corn and the real problem is it’s in almost all our foods. For some reason western type doctors have a problem with corn being a problem and just can’t seem to get it. The results being patients can’t get any help from them.

The lady doctor was a bit better. I pointed out to her that she had no cure for me as you can’t cure what my body says it doesn’t like, only I can cure that which would be easy if it was anything but corn stuff. The real problem is its’ just real hard to get away from the corn that’s in our foods or used to process them. I let her know that if she wanted to help her corn patients she’d inform them about how to do an elimination food diet and last just before I left, I said to her. If you are a learner go to You Tube and type in, Bergman leaky gut. Watch some of his videos and you’ll be way ahead of all the other doctors around here.

I understand some of the problem as you really have to have a corn problem to learn about how bad it’s in our system and all the ways corn can get you and all the other names they have for corn type stuff.

The man doctor doesn’t seem to want to go with the leaky gut thing and is trying to lead me off on some other stuff which requires drugs of course, but drugs is part of what causes leaky gut, so I’m not for it, at least not yet.

I’ll continue treating myself and decide in June whether I’ll keep the next appointment or not.

Tar for my hands

He did have a suggestion for my dry cracking hands which is to use tar on them. Says it helps keep the moisture in. I had him send me some so I’ll test that out.

I stopped at Costco and bought a food processor to do some experimenting around with some soups. I thought it was a good deal. I paid 112 and later saw the same thing at Wally’s for 199. I wasn’t sure which unit to buy and finally decided to just go with one of them.

I stopped at a hardware store to get some hose clamps for my Toyota gas tank hook up.

Then I drove to Harbor Freight to find some kind of boat trailer type winch so I can figure out my motorcycle crane I want to build for the back of my van. Of course they didn’t have the one I had decided on, but I found one I think will work.

I continued on home and stopped at John S’s to shoot the bull with him for a bit. I’ve been trying to encourage him to take a trip to the desert with me and said that little Honda 90 you have would work good for such a trip as I plan to get some kind of cycle soon for that, so let’s go.

I continued on home where I had to put all the stuff away and that was my day.

2 Responses to My Trip to the San Francisco VA, Some Shopping and a Visit