My First Few Days In the Quartzsite Area

I’ve just been mostly taking it easy and relearning where things are in Quartzsite as I haven’t been down this way in a couple years. I arrived the first night just after dark so I decided to go to a camp spot I knew and used before as I was beat and needed to crash.

I camped here in this spot northeast of Quartzsite just off the Sunkist road. I was in bed by eight. 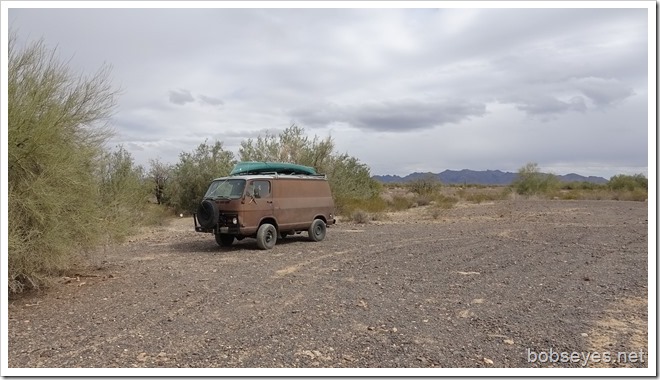 The next day I drove over to Patti and Marty’s plane. No one was home so I parked here for the night. They soon returned and we talked for a good while. 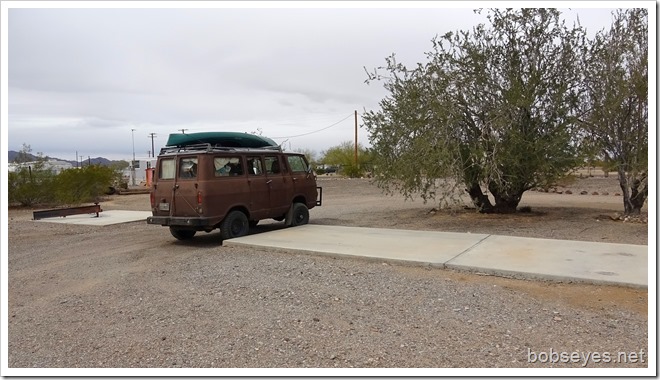 Getting the sun right

It was cloudy that day so I couldn’t tell where the sun would come up. It if comes up on the window side it can heat the van up too much and get me up before I want to get up. I parked it wrong and the sun heated me up which turned out ok, as Marty had told  me one of his friends was coming by to work on his jeep on the pad next to me, He showed up just after eight and the sun had warmed up the van too much so I had to get up anyway.

Later in the day I headed for a place called Rainbow Acres to visit with a friend that is building out here on her lot. She’s put up this little building and is finishing the inside. Looks like she just got her electric in. 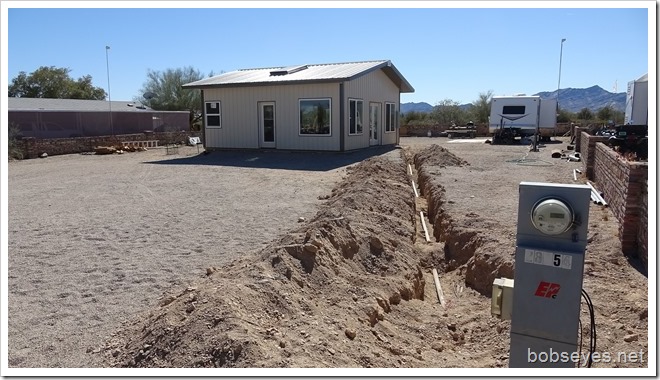 Coffee time and a visit

She wasn’t home but I passed her on the road  coming in as she was going to town, so I knew she’d be right back so I made a cup of coffee and waited.

She has two little dogs that didn’t seem to be liking me much. I got one tamed down but the other one wasn’t going to be nice.

We shot the bull for a bit and arranged some plans for a future ride in her four wheeler.

That night I realized I left my camera at her place so I had to return the next day. Of course I had to search my van several times before realizing where it might be.

Shortly after I got up this morning, Denny came by with his Jeep to use the cement pad to change his oil. Marty and I stood around supervising and shooting the bull with him while he changed the jeep’s oil.

I headed back to get my camera just after noon.

Back at Adel’s place

I found Adel supervising one of her neighbors, Jim filling in the electrical ditch. 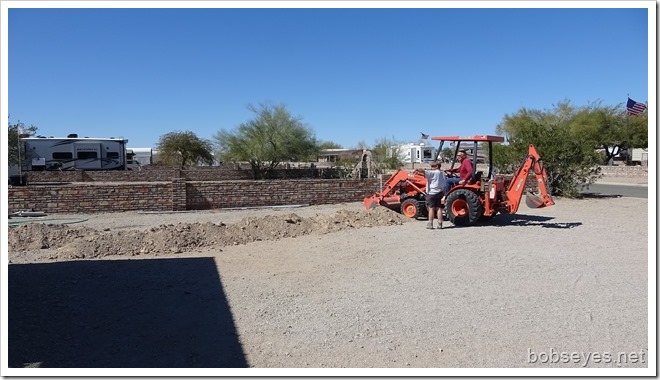 I told her my plans and said I would stop in next week when I come out of the Kofa Palm Canyon area so we can finalize some four wheeling plans.

I had her point out the dirt road to get to highway 95 from her place. I came in on a paved road from another direction but I wanted to know the shortcut across the desert to her place. She pointed out two ways. I chose the high pressure gas line route.

The road was like this with some bumpy dry creek crossings.  No problem for the van. 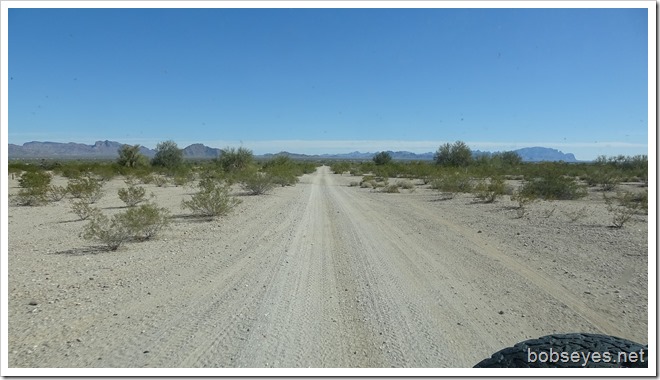 Checking out stores and roads

I drove back to Quartzsite and checked out two stores that sold groceries to see if they had any corn less things I could buy when I needed them. I was mostly looking for large russet potatoes and they both had them so I was good to go when I need some.

I drove on back to Marty’s trying some back roads as to learn different ways to get to  his place.

Once back I checked in and then did some reading and napped a bit and that was my day, pretty much.

1 Response to My First Few Days In the Quartzsite Area