I was puttering around the yard figuring out what to do today when my brother Barry pulled in with his dirt bike. That settled that, dirt bike ride it was. 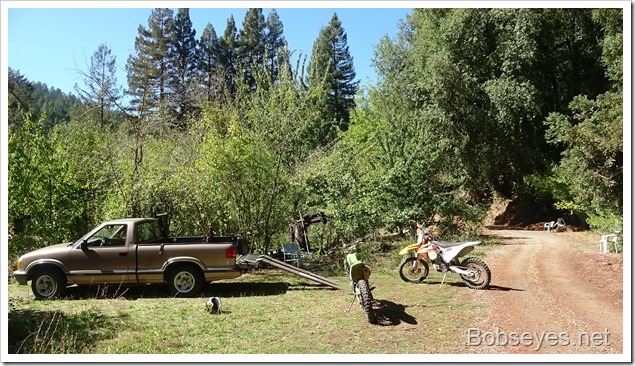 My brother Tom decided he’d like to go for a ride too, but his bike’s battery was dead from lack of use. Him and Barry tried to get it started by pulling it but it was too hard to pull and start, or to push and start it, so Tom stayed home. 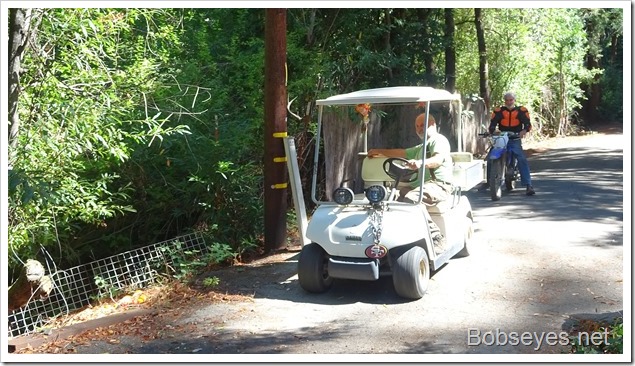 He and Barry shot the bull for some time about stocks and finances before we were ready to take off for our ride.

Off for our ride

But eventually we took off and headed for the hills and rode around and around and up and down.

The view of Guerneville seemed a bit smoky from our overlook. 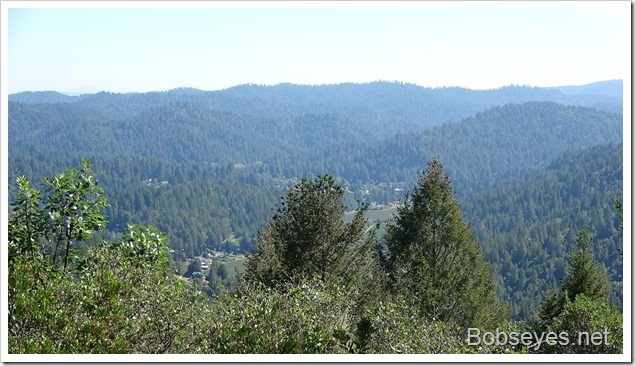 After a good ride we needed a rest so we rode on up to our resting spot on the high point with this view. 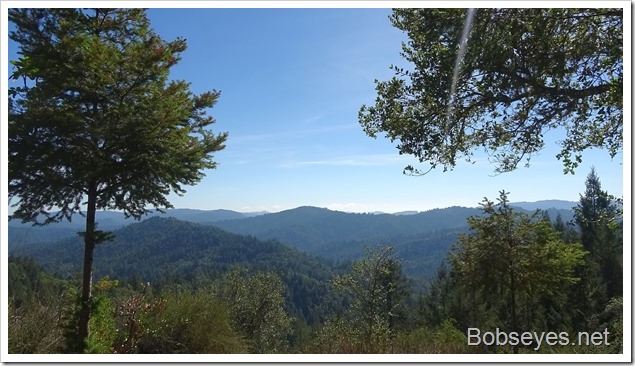 After resting up, we rode around some more until we covered  most of the roads at least once, then headed on home.

Barry took off for home and I got something to eat and a nap.

Chickens are off a bit

My chickens are off a bit today, a bit on the skittish side.

I let them out and they sorta just  hung around. 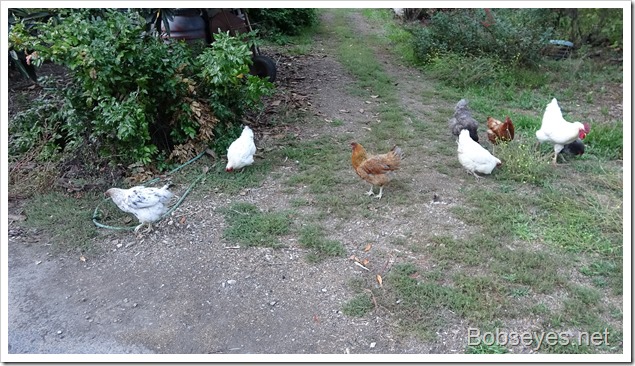 I forgot and left the gate open to their pen last night and they got attacked.

As near as I can tell a bobcat came in around 7:30 and killed two of them. It took one bird and left the other one.

I went back and looked at my cam in the chicken pen to see if I could see anything, mostly to see what got them.

The pic isn’t too good as the cam was focused on the rats, so it wasn’t aimed right for the critter as it went by so is a bit blurry. The rat is easier to see but the cat is on the other side of the fence on the right and hard to make out. 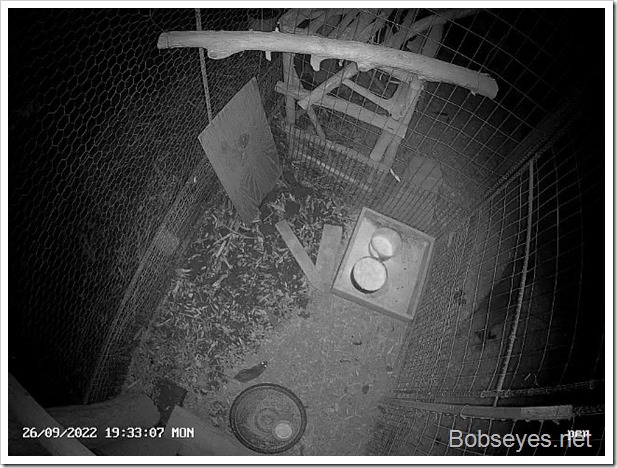 So tonight I made sure things were all closed up properly as the cat will likely come back.

Well, I’m not sure about the rats and the plaster of Paris thing. Some of them don’t seem to be coming back for more which were the ones up in my attic, but I can still hear them in the attic. Other rats are eating the bait pretty much on and off all night long.

It’s hard to be sure

Right now, the thought is that stuff doesn’t kill rats, but to be surer, I plan to leave this bait out for a few weeks while I’m off on a trip and I’ll see what’s going on when I come back. If they are still at it, I plan to use some store bought poison on them and see what happens as they are feeding pretty freely on the bait right now, which means I shouldn’t have much problem slipping them the new bait.

This evening I took  my van down to Guerneville to fill it up with gas for the upcoming trip, so that’s done.

(Visited 39 times, 1 visits today)
This entry was posted in Uncategorized and tagged dirt bike ride in the forest, rat report on plaster of paris. Bookmark the permalink.