I worked on making some more beaver videos last night and posted another one. I call this one The Great Beaver Tragedy Intro and is here.

I also worked on another one of my kayak trip on the river and got it done but I’m finding uploading one this big is taking a long time. I started this one uploading last night when I went to bed and all day today and it’s still working on it and is now at 61 percent. Goes to show shorter video is better most of the time but I thought I’d try it and see how it works out.

I started out the day with a little yard work. I loaded up this wheelbarrow about 8 times and moved this chip mulch to the raspberry patch just behind the chip pile, so not far. 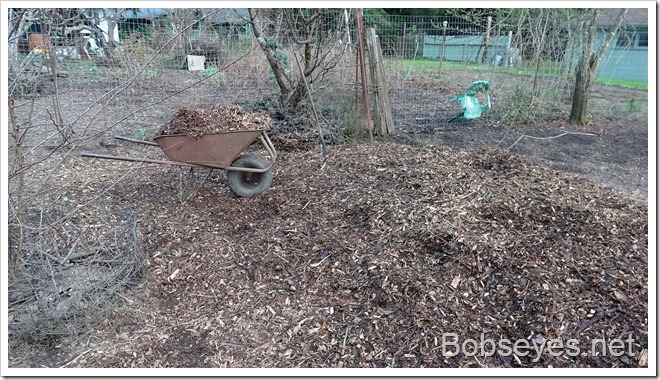 This is what I moved today, a good start. 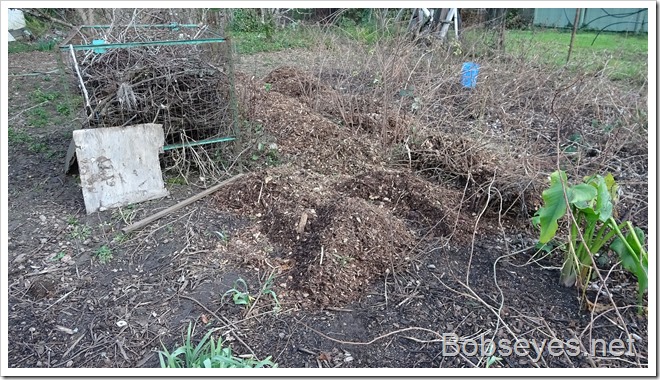 The main thing I wanted to do today was test my van for propane leaks as last time I traveled I thought I smelled gas, so I need to check it out.

I turned the tank on and in a few minutes I opened the door and sure enough,  I thought I smelled gas.

It was fairly strong so I started looking around the van where my nose was and that’s the heater in the door. I could see the hose to the heater was cracked so that was it.

So I moved the van out of the carport where I could see things to work on it. 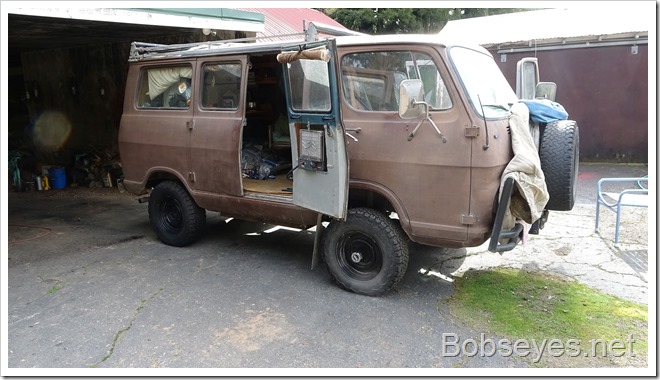 This is the gas line for the heater with cracks in it near the heater. 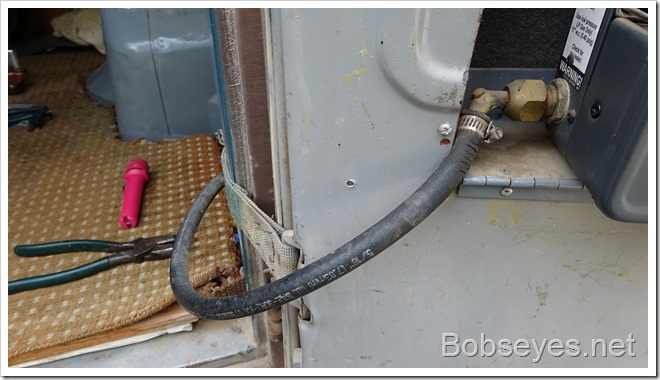 Bad gas line when gets heated

Cracks in the supply line near the heater. 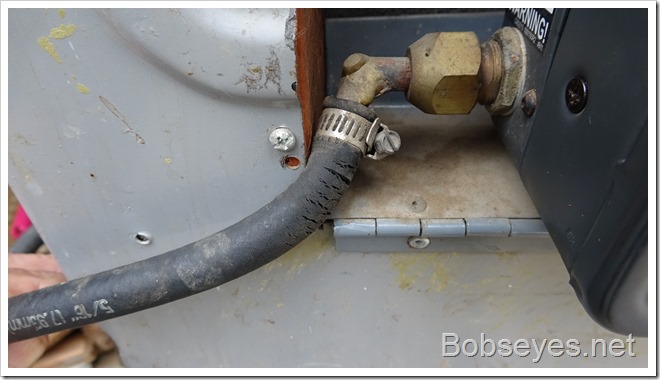 I decided to replace that fuel line with the same stuff I used on the van after the fire. I found the fuel line but it has steel wires in it so I needed my brothers die grinder with a cut off wheel to cut it and he was off somewhere so I put that project aside for now.

Of course I’d been doing some chair hopping around the yard daring all this.

The last time I used my chainsaw up in the woods I knocked the chain off so it needed to be put back on before using it again so I tackled that reinstalling the chain and adjusting it and topping up the fluids. 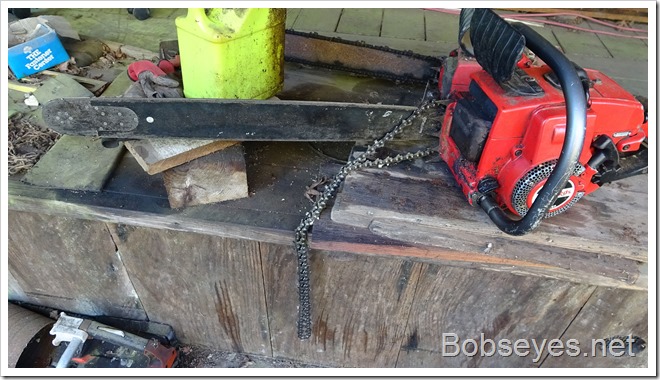 That done I loaded it on the quad runner and rode on up to this tree across the road. 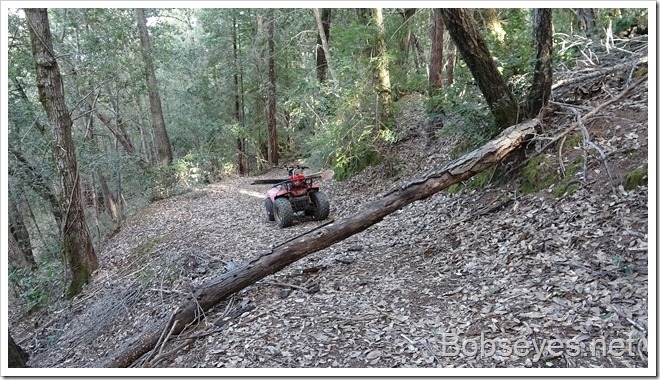 Three cuts and that tree was logs so I moved them off the road. 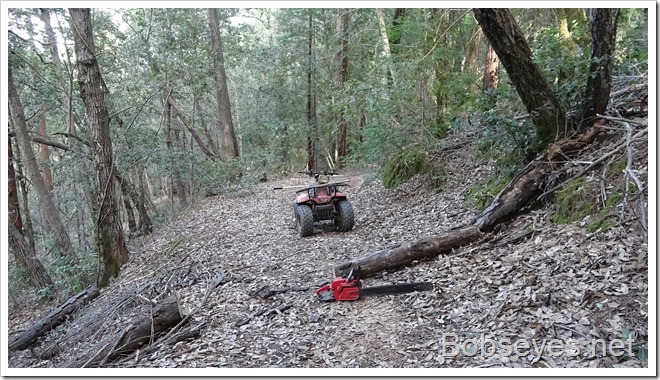 I continued to the next place I needed to use the saw through this fire break area that’s getting some new grass. 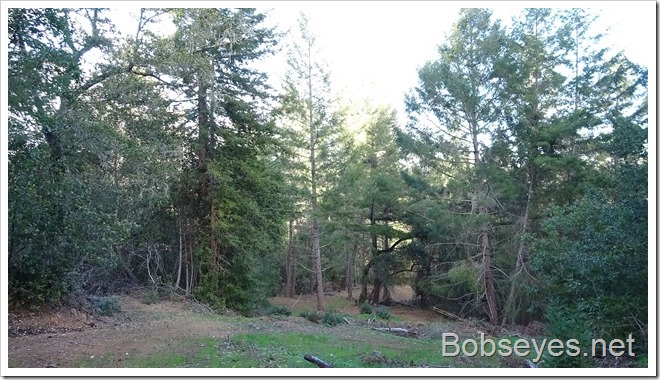 I parked here and walked down the trail behind the quad runner with the chainsaw. 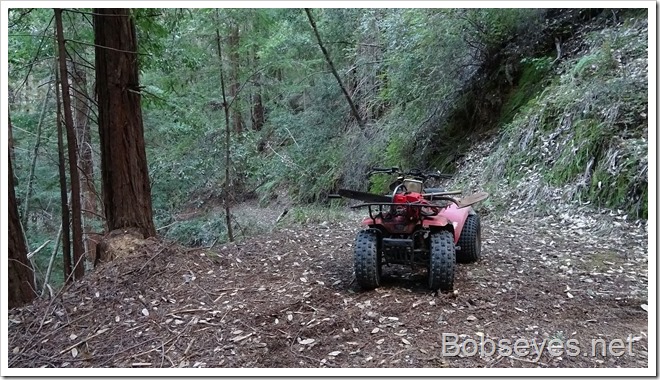 The big stump on the left is partially blocking the trail so the plan was to cut part of it off to widen out the trail. 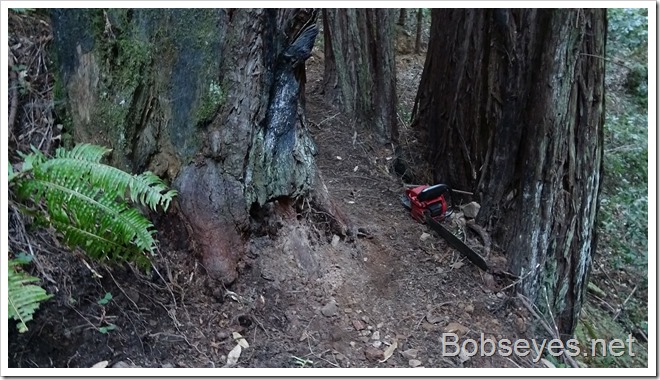 It took awhile but finally the part I cut off fell down the hill and it looked like this, plenty wide now, the trail is about four feet wide here now. 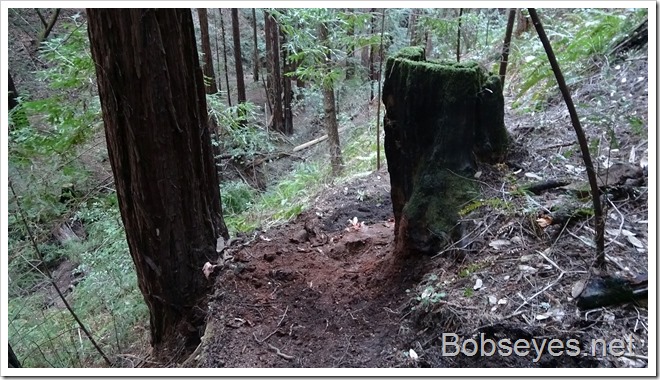 That was the last thing I wanted to work on so I headed on home having gotten enough exercise today.

I let the chickens out to graze in the front yard which I do most evenings. 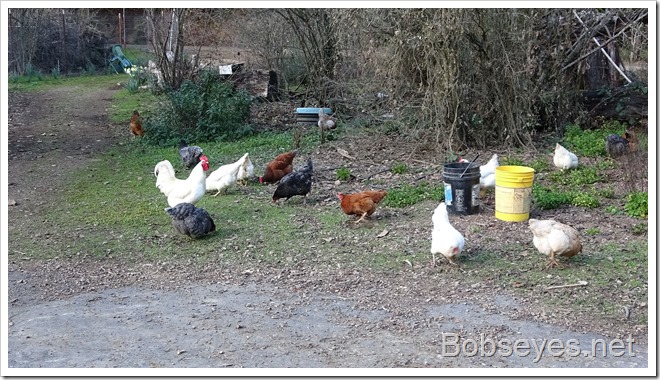 (Visited 144 times, 1 visits today)
This entry was posted in Uncategorized and tagged beaver videos, mulcing, trail work in the forest. Bookmark the permalink.