I needed to do some shopping so I drove on down to Guerneville and got some groceries and headed back home.

Once I put the stuff I bought away, I went outside and tended the chickens.

Then I wanted them out of my garden pen so I pulled some weeds for them and put them in the mulch pen and said, chick, chick, chick and they all came running. I shut the gate to the garden.

Here’s the chickens eating those weeds I pulled. 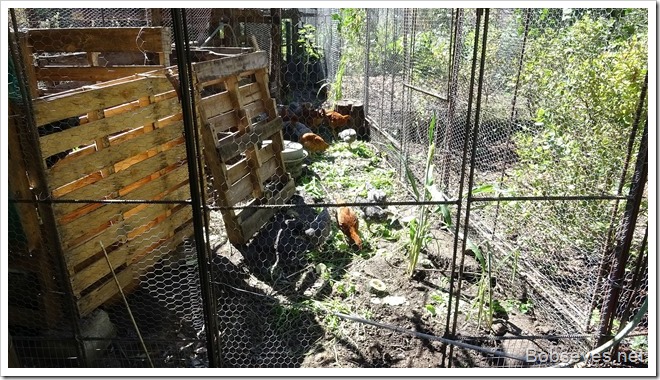 Now that I had the chickens out of the garden I could work in it. I needed some more mulch type stuff in the soil to loosen it up.

So I raked up some pepperwood leaves and filled up the wheelbarrow with them. 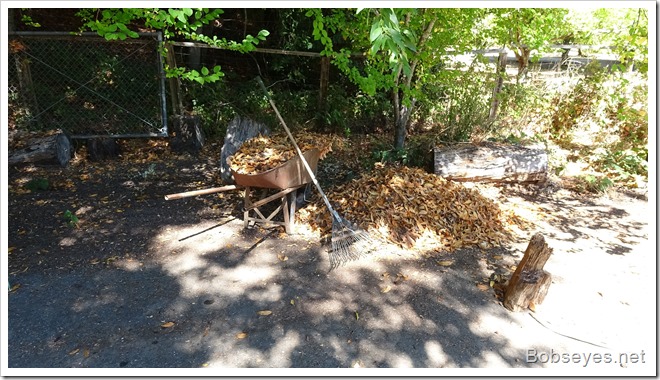 I topped the leaves off with this wood mulch and headed to the garden. 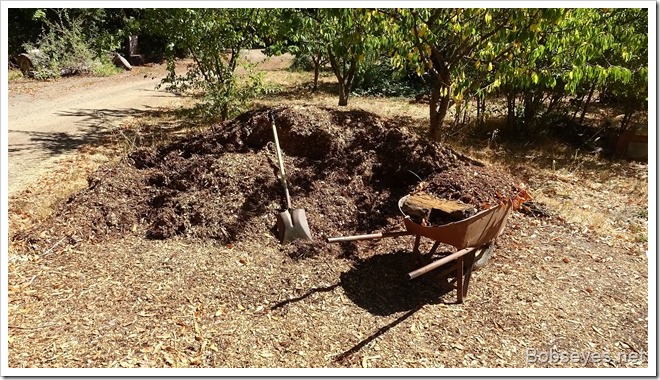 I want to plant this section of garden with alfalfa and clover soon so I need to prep the soil so I added the mulch stuff then turned it over once with the shovel. I think this is the third time I did this. 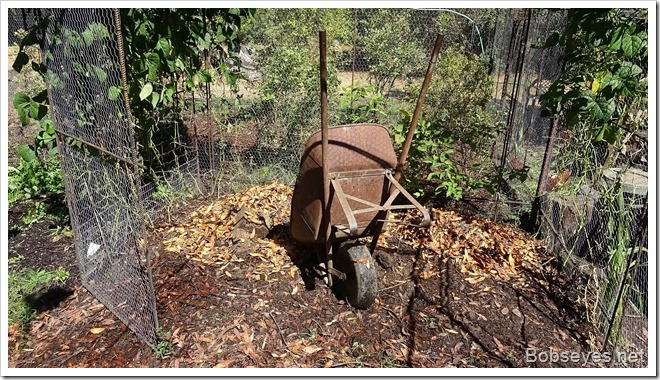 I turned this section of garden over once with the shovel. It was soft so easy to do as I’d done it twice before. 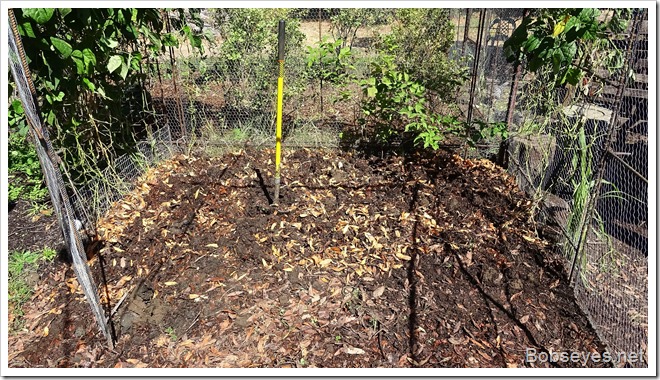 I let the chickens back in the garden pen to do their thing. Once I plant it they’ll have to stay out until the plants get big enough for eating.

Rock and the killing cone

My next project was spreading this rock out I’d moved over here with the wheelbarrow a few days ago as I needed the spot to work on my chickens and for installing the killing cone for the chickens I need to process. 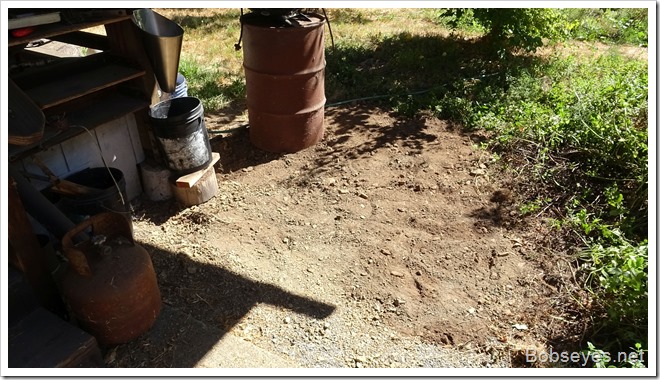 Here’s the killing cone with the bucket. Don’t worry, you won’t see it in action. :O) 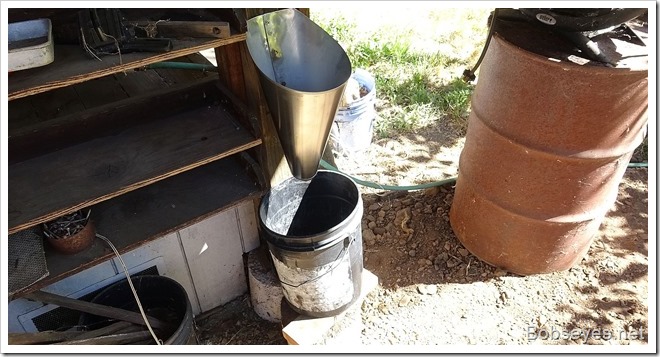 Rats and a trap

I’ve been hearing mouse or rat type noises up in my attic in the late afternoon lately so after doing a lot of research on YouTube I put this trap together. I had cut the bottom off a bucket to make a feeding tray for the chickens so I had it to extend a bucket to put the turning part that will be coated with peanut butter down in the bucket instead of up on top. I have a lid for this. 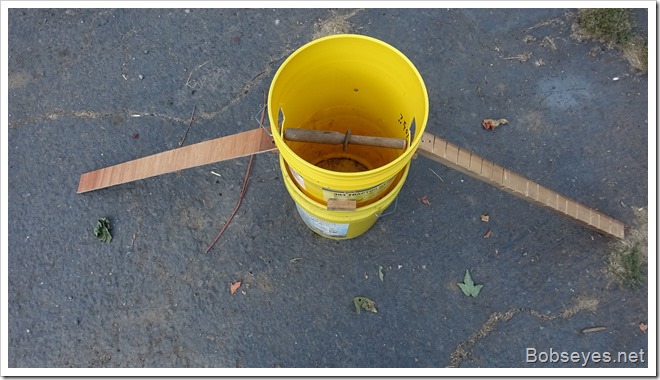 The idea is they come up the ramp and climb onto the spindle to eat the peanut butter and it turns and they fall to the bottom into some water and drown.

Trying out the trap

I installed it just before dark. When I turned the light on up in the attic I saw a family of rats take off, like a momma and 8 or so half grown little ones. It’s like they own the place up there so I hope this will reduce them. At least it’s a start as I have some other ideas for traps to try. I find the rats today are well trained and hard to catch, especially the larger ones.

Anyway, that was my day for a nice one.