The weeds were growing good around the raspberry patch. Too many for the chickens to eat so I got the mower out and the wheelbarrow and mowed some of it. 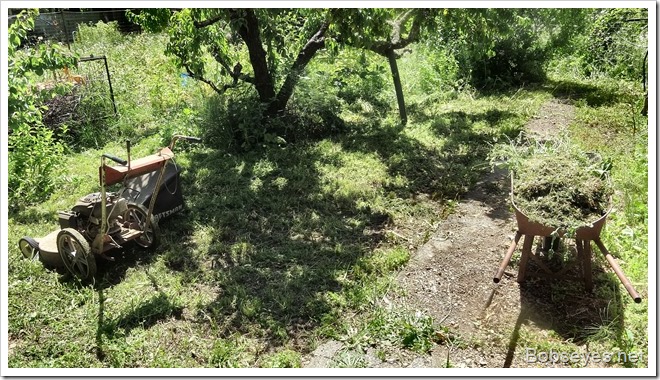 Must of hit some rocks or something

While I was mowing I noticed the mower blade was causing things to wobble a bit and not cutting very well. I guess I hit some rocks last time I used it.

So I got the tools and took the blade off the  mower to straighten it up and sharpen it up too. 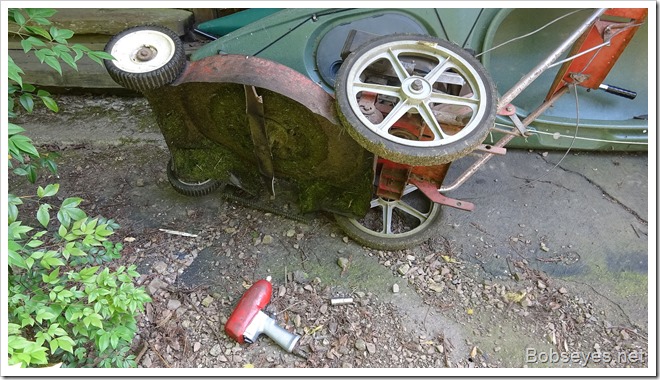 The blade was bent a bit and some of the metal got knocked off each end. I put it in the vise to straighten it up and used the disk grinder to put a good edge on it. 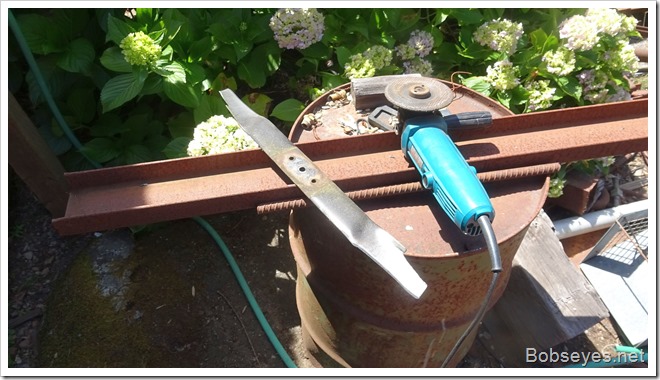 After installing the repaired mower blade I started up the mower and did a bit more mowing. Now it cut real good and didn’t cause the mower to wobble.

I mowed a bit more until I tired myself out and decided that was enough of that for now.

When my brother got home from the farmers market I asked him if he had any vegetables I could have to make a big pot of vegetable stew.

Rounding up the ingredients

He said he didn’t have much but I got some carrots, some garlic and onions and he said I could have some cabbage from over in the garden but I had to go get it. The strawberry patch is right next to it on the right. 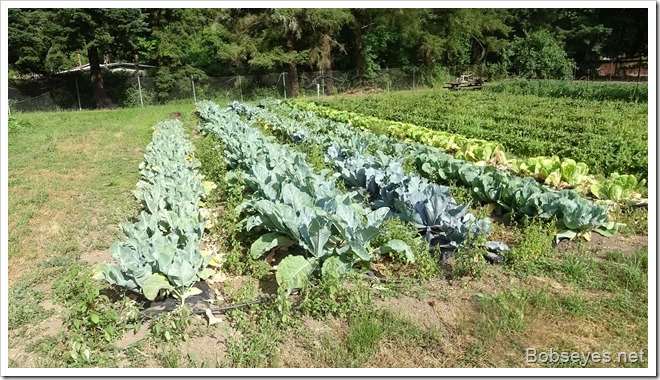 I picked a couple head of cabbage and put them in the bucket and then tasted the strawberries to see if they were any good. They were. :O) 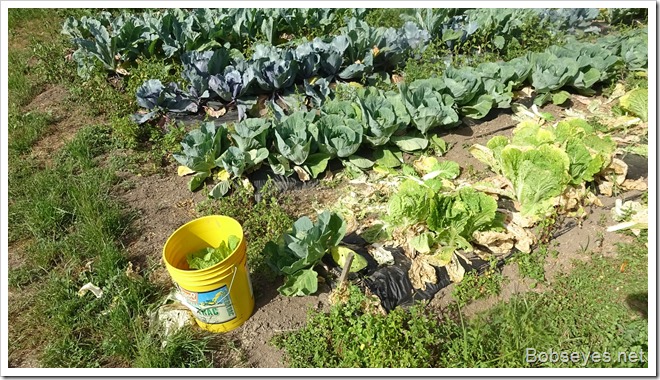 On the way out of his garden I saw some zucchini squash plants so went over to see if there were any. Not much as he’d just picked them but I did a find a couple they’d missed so I put them in the bucket too.

I’ll get that stew started tonight.

By now it was evening so I got the mower out again and cut some weeds in the driveway here. 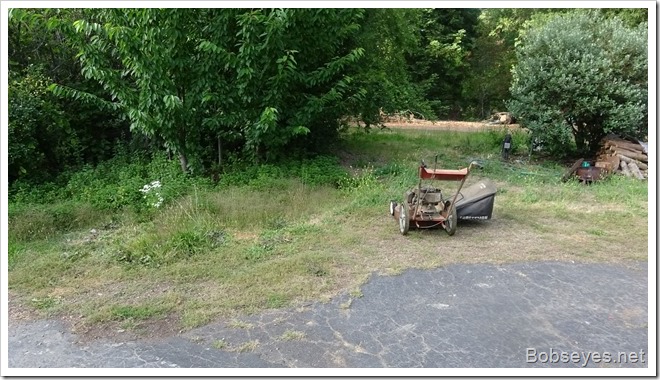 The weeds weren’t very thick here like the ones I mowed in the morning so it was a lot easier going. I dumped the cut weeds in the chicken’s pen where I have a spot for such stuff. 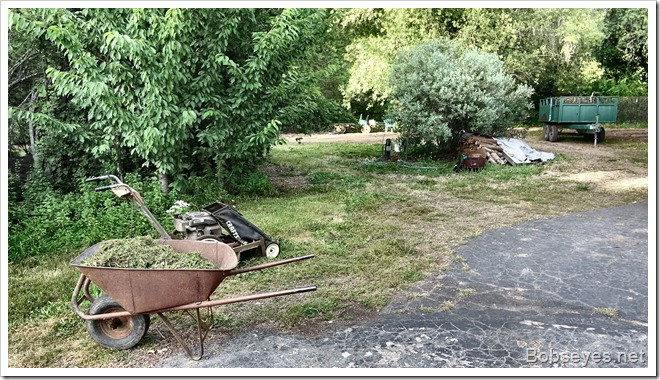 It was exceptionally nice out just before dark this evening so I sat around chair hopping until it started to get dark.