Seemed like a good day to stay home and do some work in the yard.

First off I needed to take the weed mower’s carb apart to clean it out. So I got my tools out and started taking things apart. 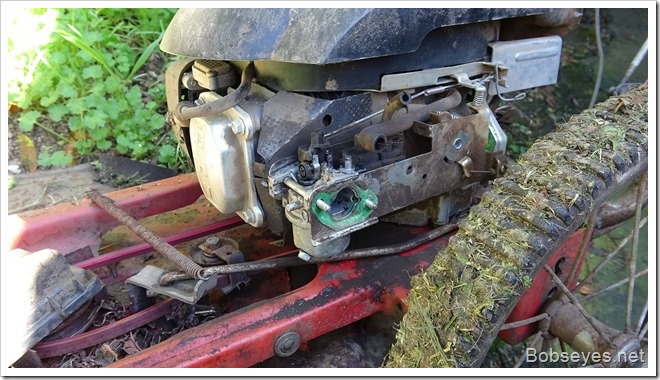 I found a couple split ends on some hoses. Turns out those two hoses go to the air cleaner so the splits aren’t a problem as they suck air anyway, but I fixed them up with some silicone gasket material I had. Replacing a hose with a right angle bend in it isn’t that easy so I just repaired what I had especially since it didn’t really matter much if these hoses leaked. 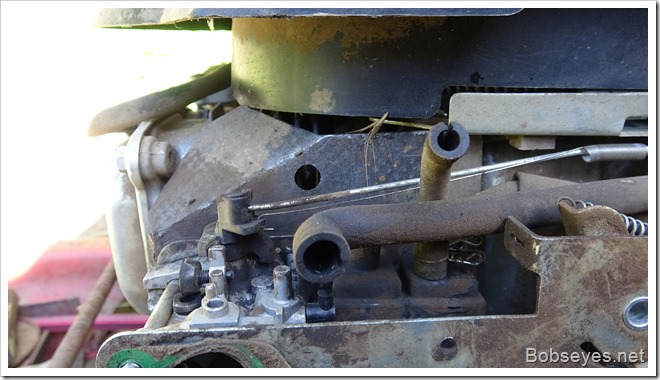 Cleaned out the float bowl

Then I pulled the float bowl off the carb and cleaned it out and checked the float needle valve and float action to make sure it was all working correctly.

I did find that the float bowl gasket was not on right which can be seen in the picture, but that’s not much of a problem either as the gas isn’t supposed to get to the top of the float bowl. I hunted around and found a new o ring in my junk. I put a light coat of grease on the o ring to hold it in place when I put it back together. 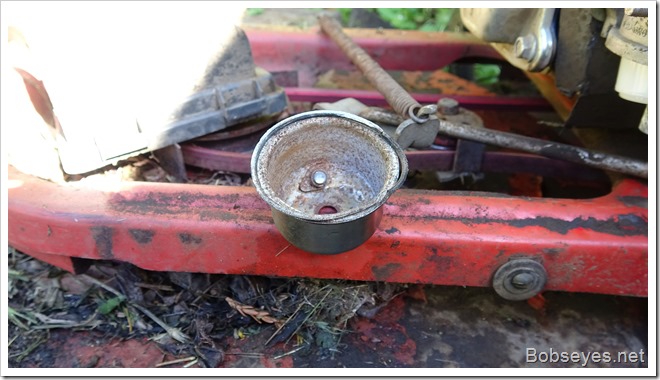 I blew out the jets and put it all back together. I decided to let it sit so the silicone I used to repair the split hoses had time to set up properly.

All the wire is on the garden enclosure

After a bit of a break I started working on putting the rest of the wire on my garden enclosure, I worked a few  hours on that and now have all the wire on it. I still have a couple more little things to do to it and it’ll be done.

Here’s a picture of the finished project with all the wire on it. 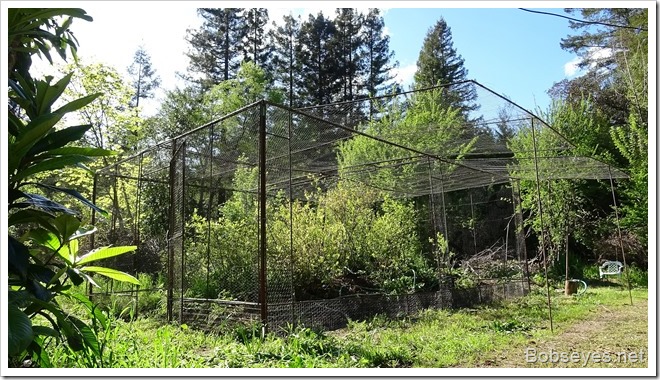 A bit of weed mowing too

There was still a few hours lift in the day, so I put more gas in the mower and mowed some weeds. The mower started better and ran longer, but is still dying on me after some time, for some reason? It always starts right up after it dies. I’ll have to study that one some more.

Some of the mowed grass. 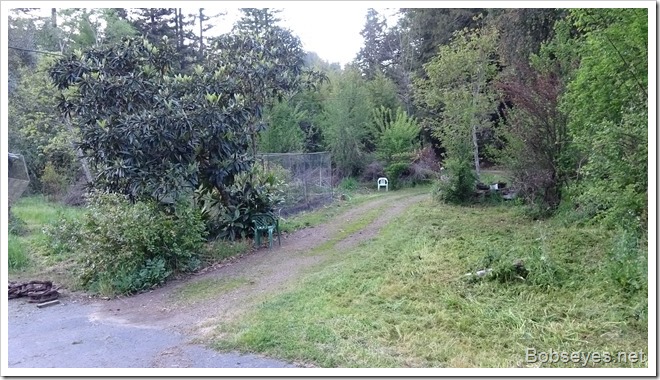 I mowed until I got tired of starting it up again every time it died. It was almost dark by then, so I sat around in the yard for a bit, then went on in for the day.