Moving Dirt and Woodchips to Replant the Grow Pen

I’d been looking at one of my grow pen that was full of weeds and needed to be replanted.

I got the shovel out and turned it over. I thought some dirt needed to be removed so some woodchips could be added to the soil to soften it up a bit. 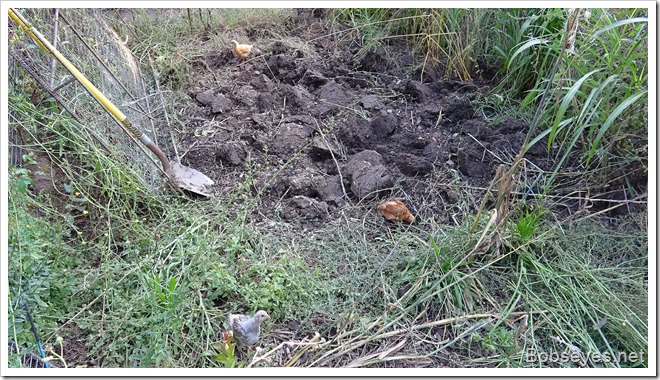 So I got the wheelbarrow out and put some dirt in it and hauled it across the yard to my citrus area about a hundred yards away.

Dirt ready to be moved. 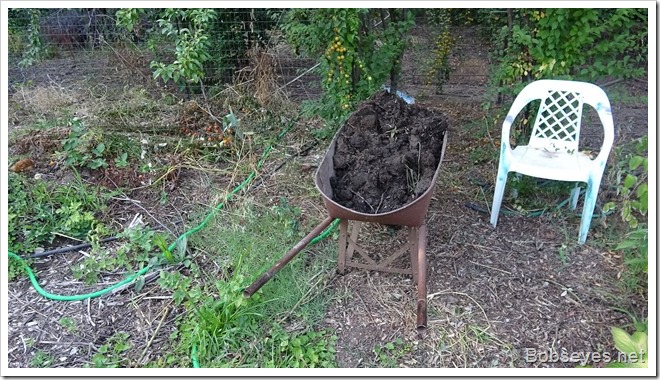 While I was doing that I forgot and left the gate to this garden open so the big chickens got in and were tearing things up scratching and looking for bugs. Fortunately it was almost dark and they only had a couple hours left before it was time to roost so they didn’t do too much damage. 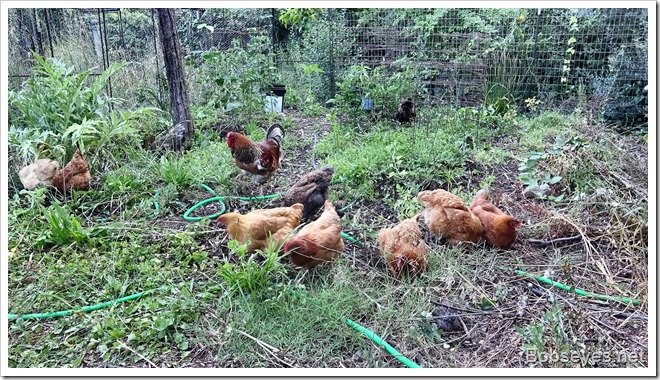 I continued to haul dirt out of there. I moved about 4 loads of dirt which was hard work. 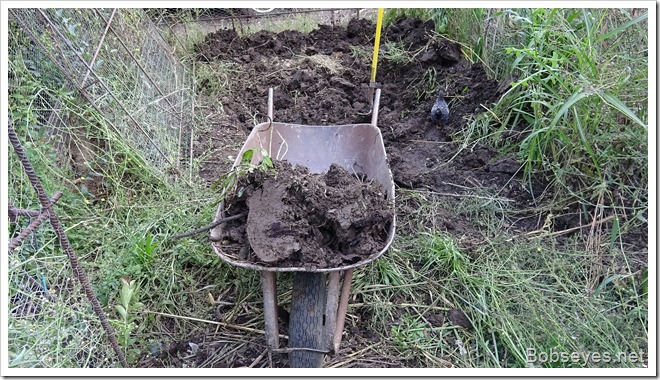 Once I had what dirt I wanted out I hauled two loads of woodchips  mulch in and mixed it with the dirt. 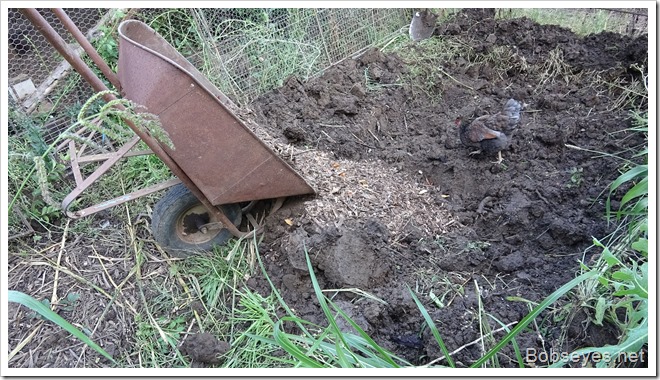 The chickens helped mix the woodchips and dirt, a little. 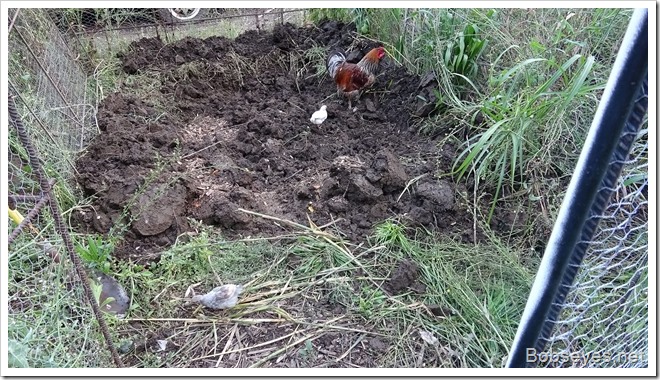 I was able to mix things up but still need to flatten things out more and then plant the area which I might get done tomorrow. I’d done enough for one day and was pretty worn out. 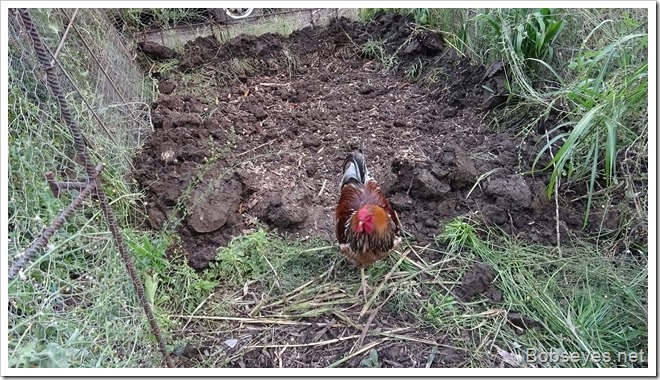 The chickens were really working away on my garden. 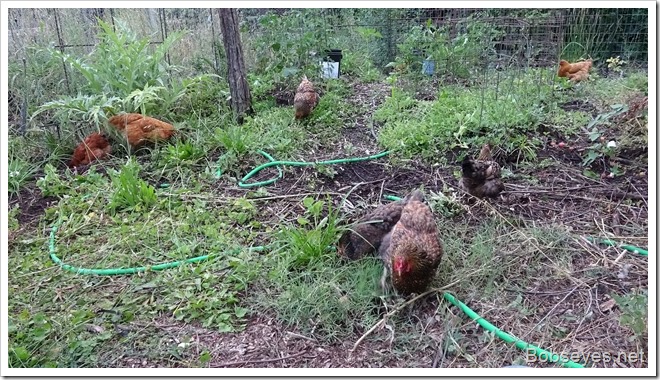 At least they were digging up some real small potatoes that I will pick up for eating. These little guys are pretty tasty. 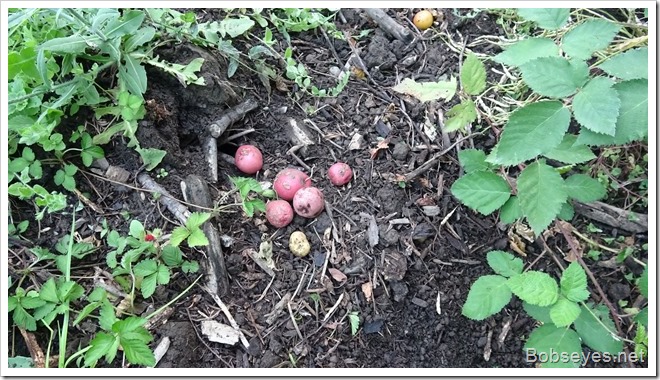 I was looking at my rhubarb plants which were getting pretty big so I need to make some jam soon. 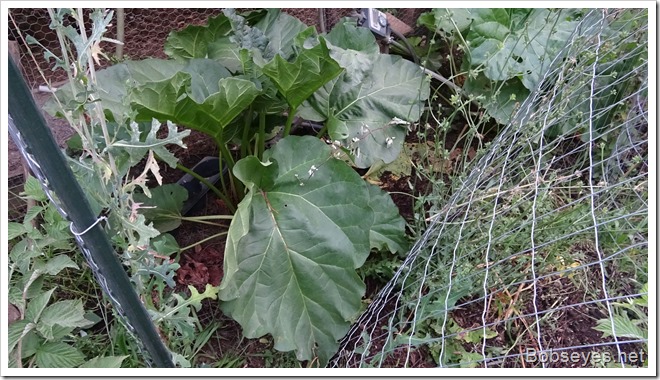 I still had some time for some chair hopping and puttering around the yard before dark so that’s how I finished off the day.