Weather guys got it wrong

The weather guys said more rain today but when I got up and got it going I found they were wrong, the sun was out with some big clouds going by.  Nice day.

I fed and watered the chickens and then worked on getting the new Toyota battery bracket installed.

First I re-drilled that hole I had in the wrong place.

I rounded up four bolts and installed three of them and thought that would do it as the forth bolt’s nut was just too hard to get to and wasn’t really needed to hold things together. In other words it wasn’t worth the trouble to get that forth nut on. Three bolts will more than hold that battery in for sure.

Here’s the new bracket installed and ready for the battery. 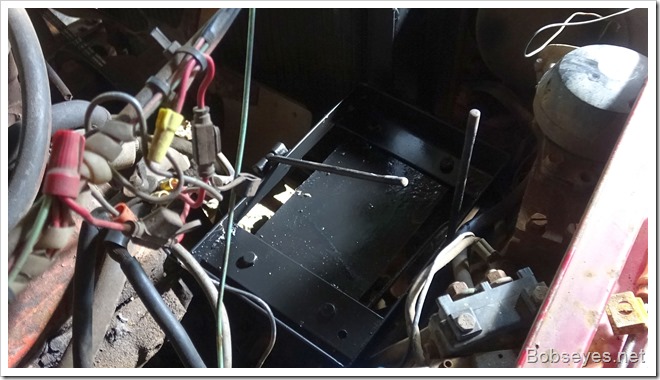 I had a plastic battery box laying around so I decided to use it as it would help protect the new bracket from acid in the future.

Here’s the battery installed inside the plastic battery box I had. 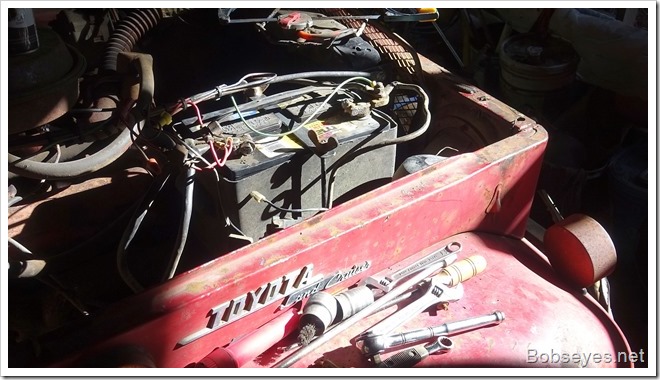 I welded the screw down mounts a little low yesterday and the wing nuts almost wouldn’t go on the original hold down, so I made this bar to hold the battery in and the wing nuts had enough thread to work out ok. Of course I cleaned up the battery posts and clamps a little and put some 30 weight oil on them to stop any future corrosion. 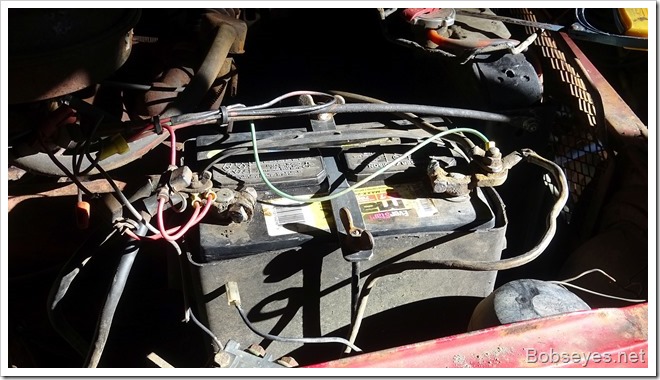 My chainsaw  was still in the Toyota from using it the other day when the  battery failed so I drove it up to where I had cut some small redwood logs up the other day and loaded up the logs in this spot. 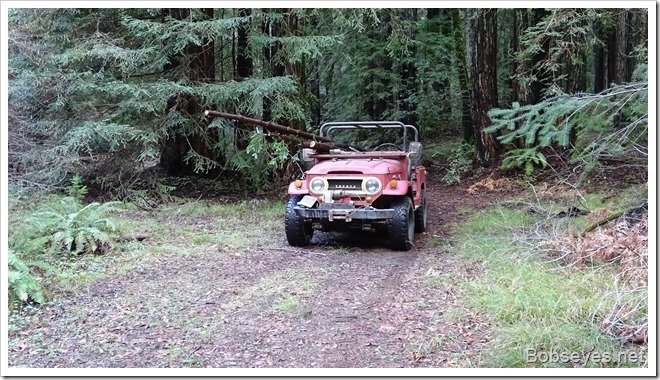 On the way home I spied these small trees across the motorcycle track. Since my saw was still warm I decided to cut them up and  move them off the track. 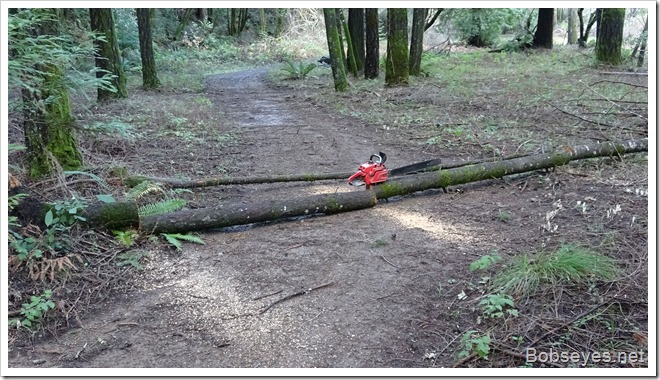 Here’s my load of redwood logs ready to unload by the chicken pens. 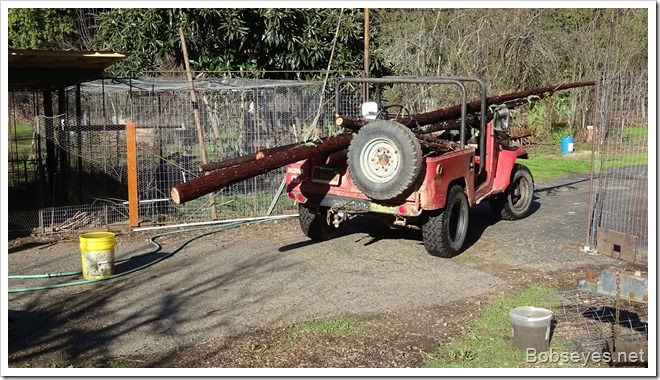 I could barely lift a couple of them but but doing one end at a time I can move them around. They were stacked off to the side for now. 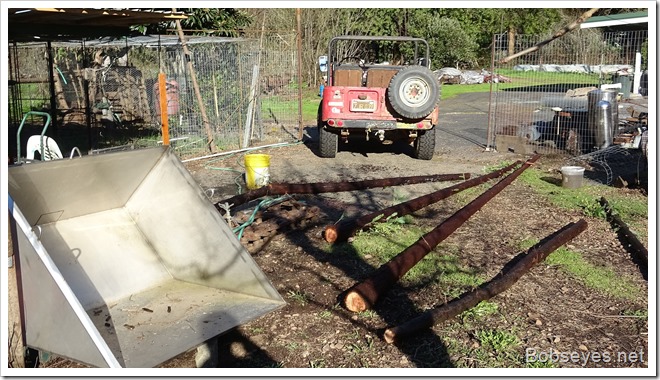 As time permits, sure

Good to get the Toyota’s battery bracket installed. It still has a few other small things that need repaired but at least it is useable now and the other stuff will get repaired as time permits, maybe. :O)

It was a bit cooler today, but that’s ok as I know almost everywhere else it is much cooler than here as we have some nice weather around here.

It might be nice enough to get a yak in tomorrow as it looks like the wind will be down.

That pretty much wrapped up my day for another  good one.