I was sitting around in the yard this morning when my brother Barry pulled in on his Harley Motorcycle. We shot the bull for a bit then he said you want to go for a ride meaning on the dirt bikes. My body was pretty sore so I said sure but stay off the really steep stuff.

He walked across the street to get his dirt bike. I put gas in another brother’s bike and rode over to meet him and we rode on up into the redwood forest flying up and down the roads. The ground is drying out so I spun out a couple times, that’s when the back wheel walks out to the side and you find yourself headed off the road. I just stop quick, usually killing the engine, but that’s better than running off the roads as some of the spots are real steep.

Anyway we rode around for a couple hours then I left him so he could ride up some steep stuff and I went on home were some food and a nap were in order.

Eventually Barry came back to my yard. When he was ready to leave his Harley wouldn’t start from a dead battery. He said it was dead when he left his house, but  he thought it should of got charged up enough, but it didn’t.

Here he is trying to start the bike but it wouldn’t turn over. 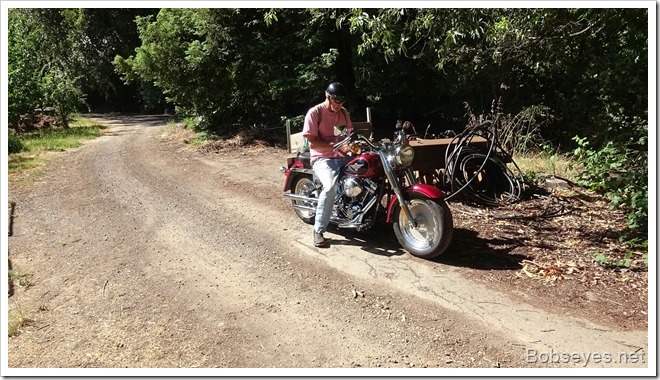 Not to worry he says and digs in his bag for his jump starter battery he brought along just in case. 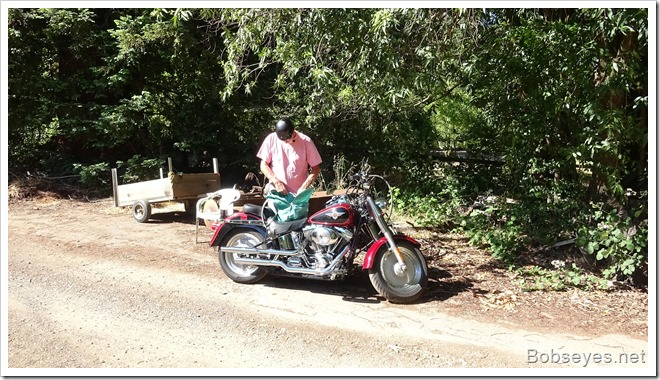 That did the trick. It started right up so he put things back in his bag and roared away. 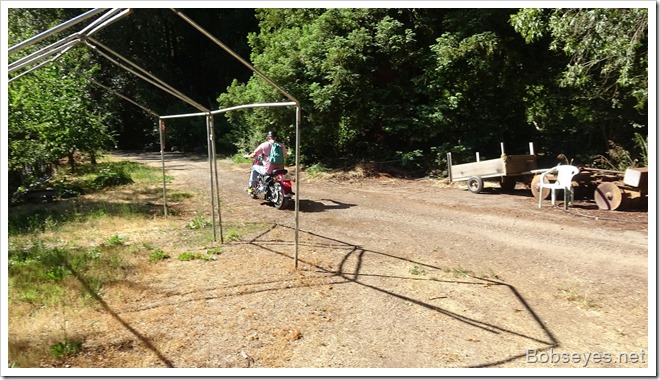 The radishes I planted a few weeks ago or so are starting to develop radishes.

Here’s one of the radish patches I planted. You can see some red radishes in there if you look hard. 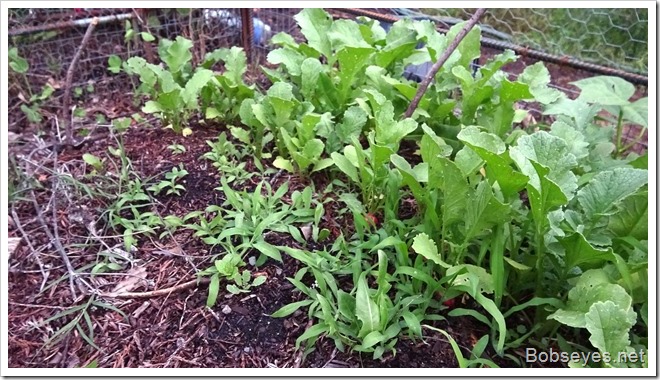 They’re not very big, but they are edible and a bit hot. I ate a few. I like to eat things right out of the garden while I’m in the garden. 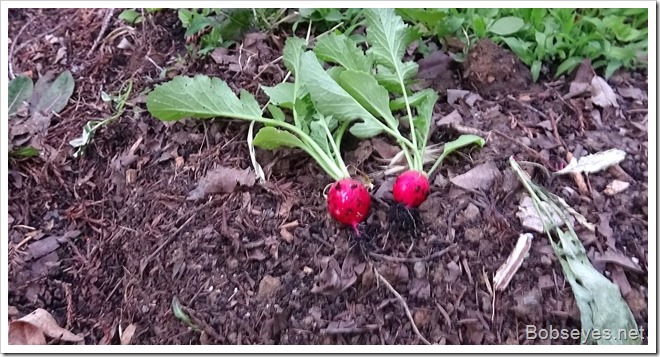 My pole beans are starting to take off after fighting the slugs off them for a couple weeks. I seemed to have slowed the slugs down and now the plants are big enough they should survive even if they do get on them. When the plants were small they could eat the whole plant and kill it of which they did kill a couple of them before I started picking them off with a tweezers and a flash light late at night. 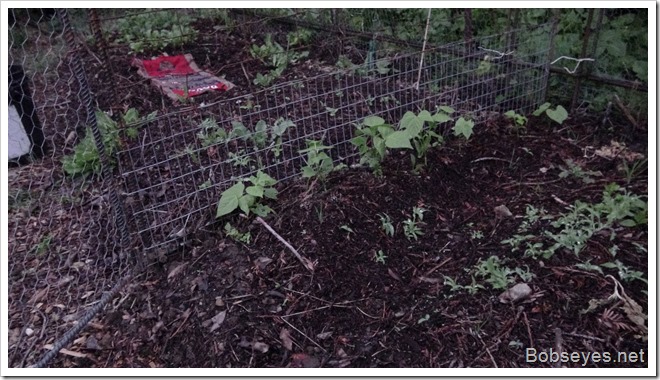 I drifted into the blueberry patch several times today to eat a few as they are starting to ripen up. There’s quite a few of them. 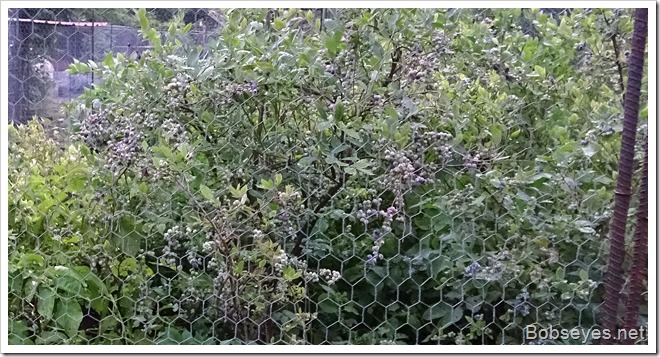 My red roses are putting on a nice show too. 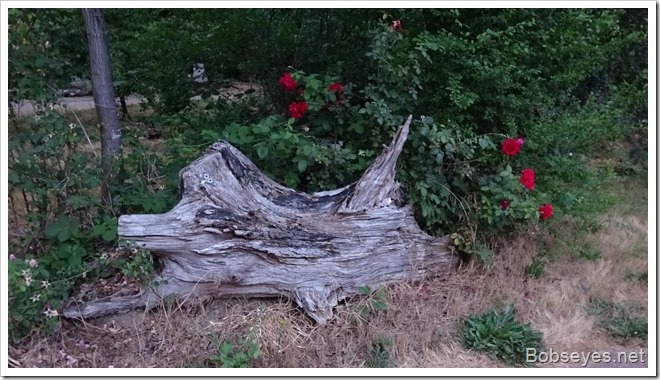 I took it easy the rest of the day and mostly chair hopped around the yard.

Our peeps are supposed to be shipped tomorrow so we should be in the chicks in a couple more days.

That was it for me today for a nice easy day.

(Visited 126 times, 1 visits today)
This entry was posted in Uncategorized and tagged garden. Bookmark the permalink.