More Than Just a Putter Day Moving Chicken Poo Around

Once I got it going I was outside feeding the chickens as usual. I then let them out in the grazing pen to graze as I wanted them out of the roosting area so I could do some work in there. 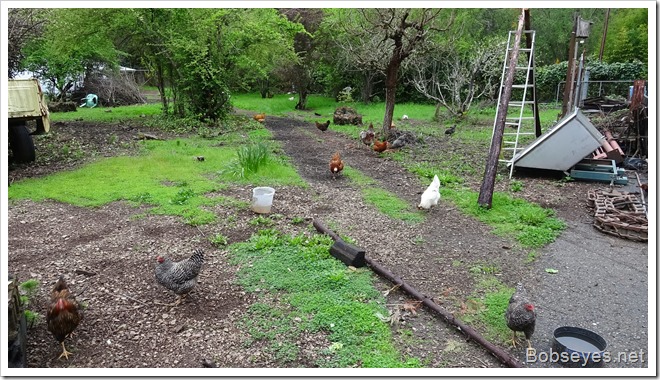 Moving the poo dirt around

I needed to move the poo dirt under the roosts to places it might do some good growing stuff.

I dug this dirt which is mixed with woodchips out and put it in the wheelbarrow to move to where it is needed which is where I’m growing things. 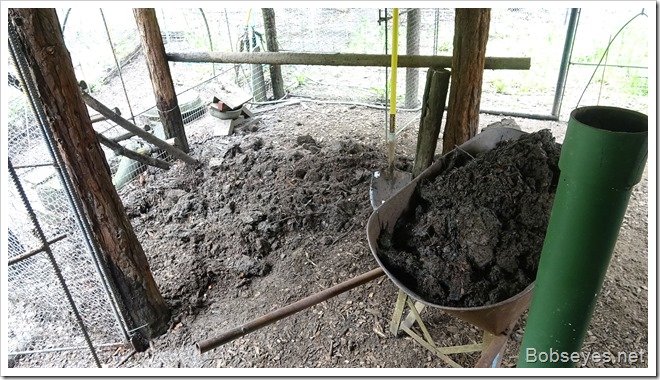 I dumped a load of the poo mulch in this grow pen. Not too much as it’s likely a bit on the hot side. I spread it all out a bit later and will let the chickens in here to spread it around even more. 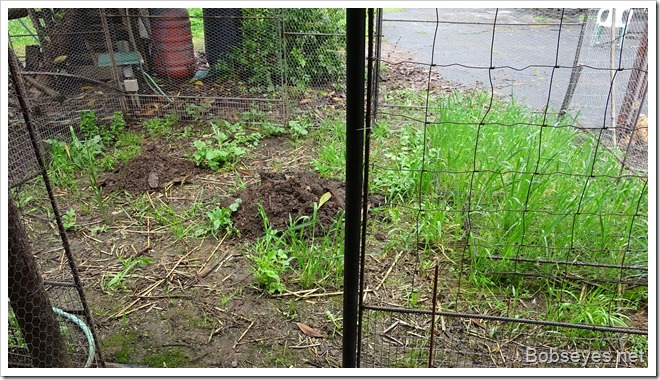 I also dug out the other roosting area here. I moved about four loads from this spot to various spots around the yard. 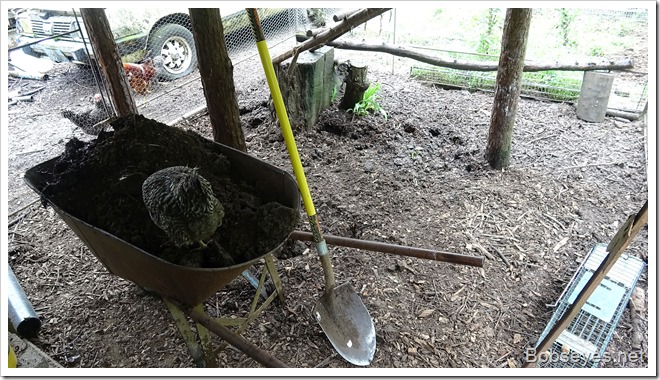 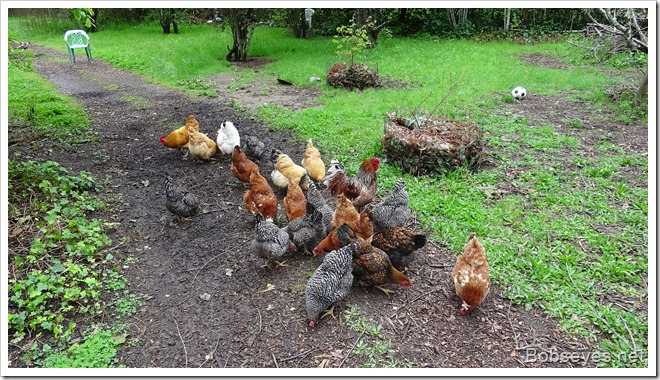 I went to the woodchip pile and loaded the wheelbarrow with woodchips and dumped a load each on each roost where I removed the poo dirt from. 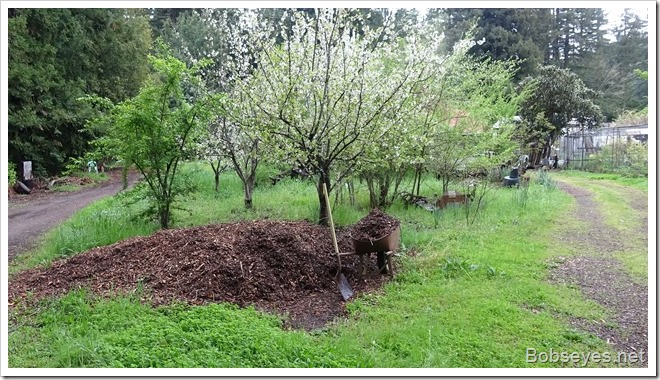 I dumped some of the poo dirt in this garden area and spread it around a bit eventually. 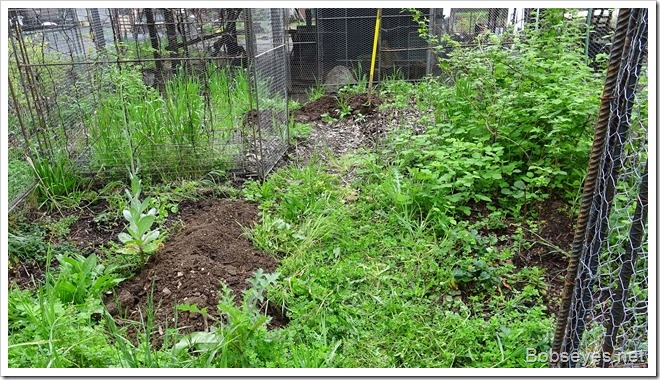 I was going to dump this load of poo dirt in the garden but I decided it would be of more use in the blueberry patch just behind the wheelbarrow. Most of the blueberries are blooming right now. 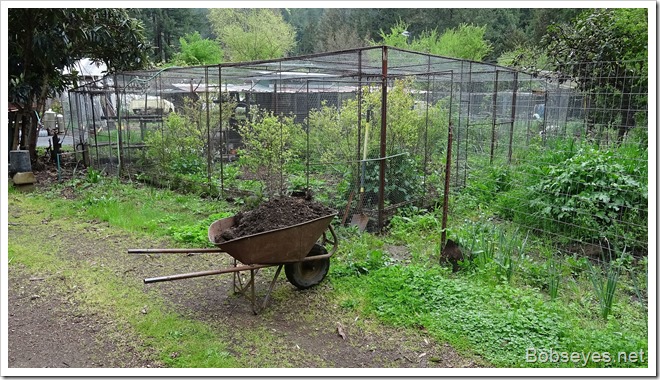 I also dumped two loads of woodchips in the chickens mulch area were I feed them stuff. What was there was getting real worn down so it needed the chips. 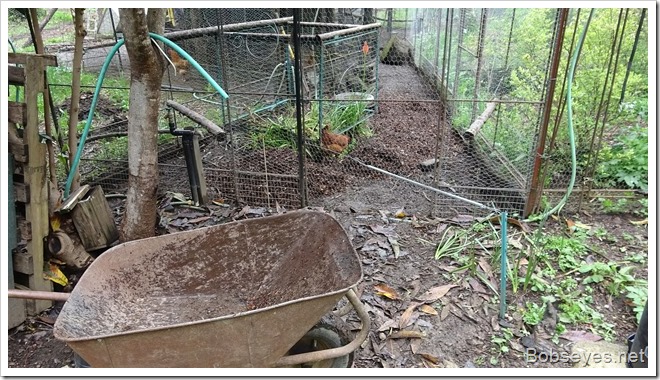 After all that I was a bit beat so I napped for awhile then came back out and just puttered around the yard for the rest of the day as it was a nice spring day.

That was my day. Nice day.