More Panel Work and I Help Barry Dig a Bush Up

I need to get my garden enclosure built as it’s time to plant around here, so I stayed home to work on it.

I welded up another panel. 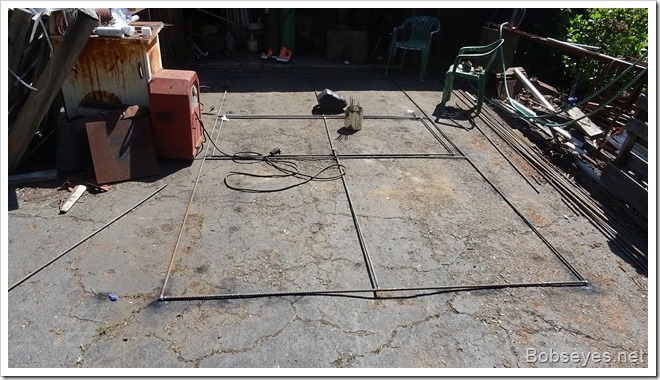 Barry finds himself some work

During a break my brother Barry came by on his dirt bike.We got to talking and he mentioned he could use part of my bush which I think is a pineapple guava. That meant he’d need to dig it up and see if he could split off a piece.

He got more exercise than expected

He came back later and started digging the bush up and splitting a piece off. It turned out to be quite a job. 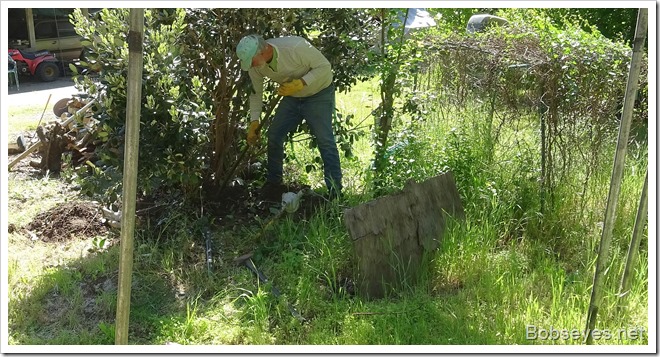 I did some digging too

He was doing a lot of complaining  because the bush wouldn’t come out. I went over and did some digging for him and we put some water in the hole to help soften up the dirt. Eventually I left him at it and went back to my own work.

After about an hour he stopped and hunted up a beer at the neighbors. The bush kicked his butt.

He’s in there working away. 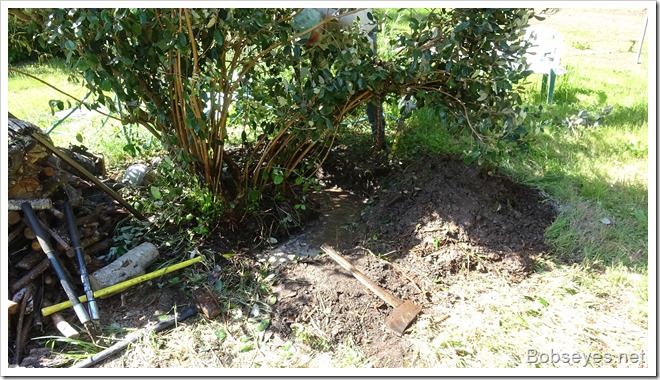 When he came back from his beer he got it out and went on home with it.

I continued working on my project. Here I’m attaching the wire to the panels which seems to be especially hard on my back. 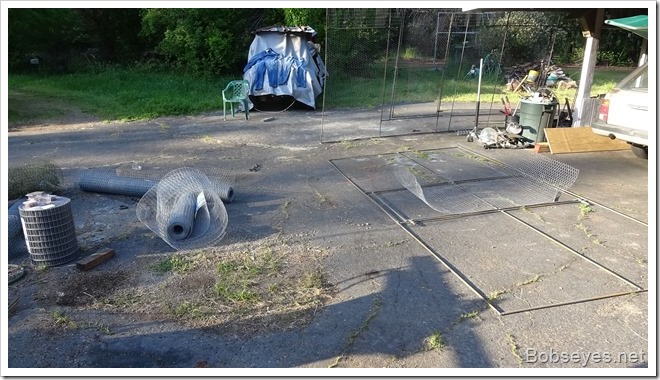 Once I had the wire all attached to the panel I pulled it over to the garden and added it to the one I made yesterday and installed it.

It’s hard to see the panel, but there are two of them installed now next to my blueberry patch. 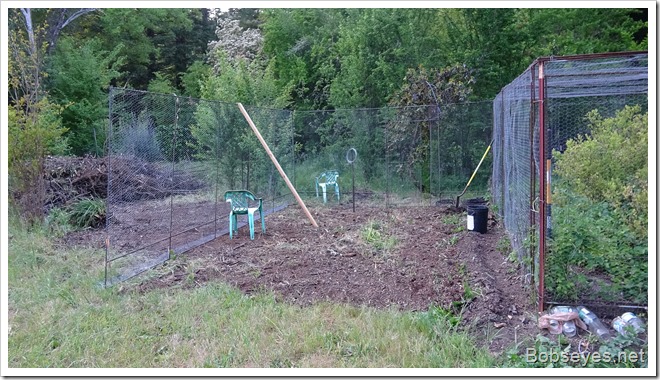 I have two more panels welded up that need wire attached and then I can start planting after I get them installed.  I can add the top later as I get them done.

I got done just before dark and by then my back was about wiped out. I went in and put the cold pack on the back which helped out a lot.