More Chicken Pen Work and My Internet Seems To Be Working

Another day working on cleaning out  the chicken pens.

Here’s where I’ll be working today. 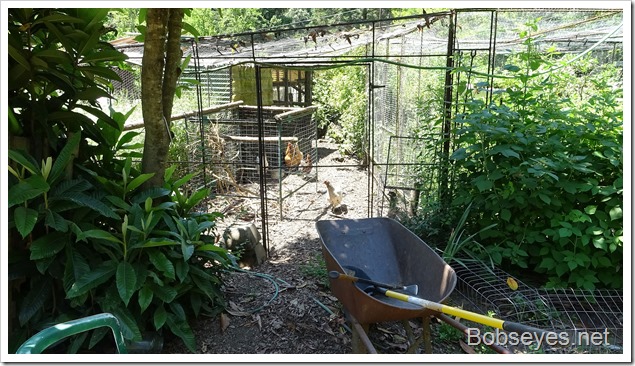 About a foot of dirt needs to come out of this pen. The reason is there’s too much dirt and not enough room to put enough woodchips in the pen. Right now I can only put a couple inches of woodchips in the pen because any more and I can’t open the gates. The chickens move the woodchips around a  lot too. Because of this there’s not enough woodchips to  mulch down. And the chickens really pack down the dirt from walking on it so it’s hard to dig up. More woodchips should help keep the dirt nice and soft and much easier to clean out when I need to. Soft dirt is also much nicer for the chickens as they use soft dirt to take baths. 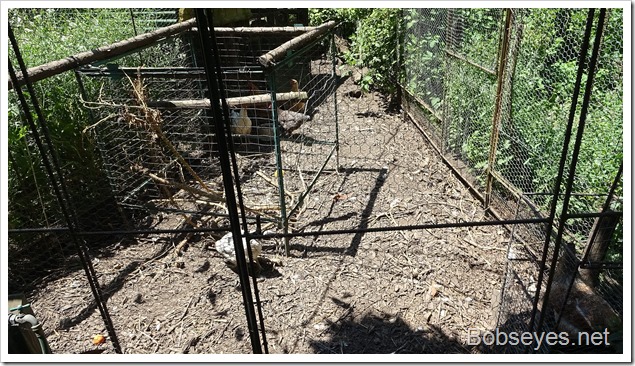 I started removing dirt here, about a foot deep and will do the whole pen eventually. There’s too much to  move in one day so I’ll work on  moving about half of the dirt today. 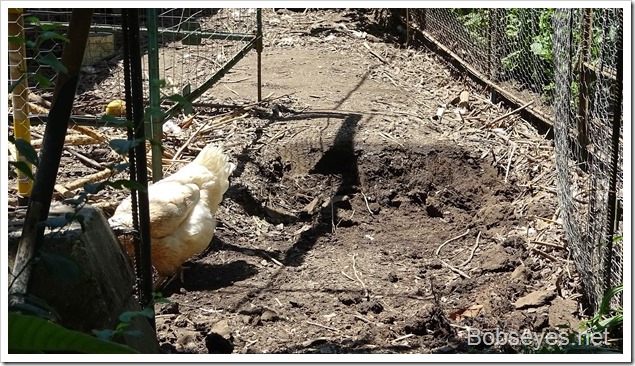 I loaded up the hauler and moved the dirt across the yard about two hundred feet. The hardest part was pushing it through the raspberry patch as the woodchip mulch in there makes it hard to push loaded up. 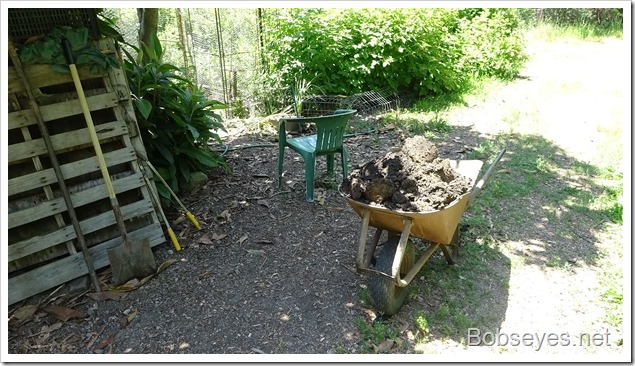 I worked on getting the dirt out of this narrow area. 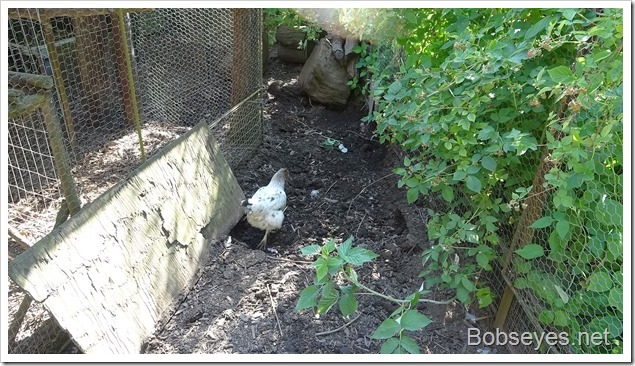 And then moved some woodchips back into the areas where I’ve removed the dirt so far. 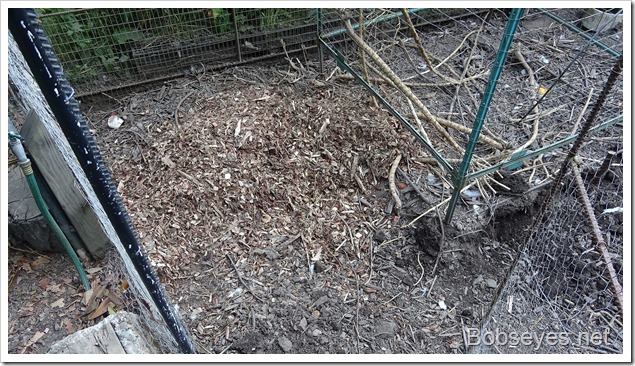 And this spot too. I’ll let the chickens spread it out. 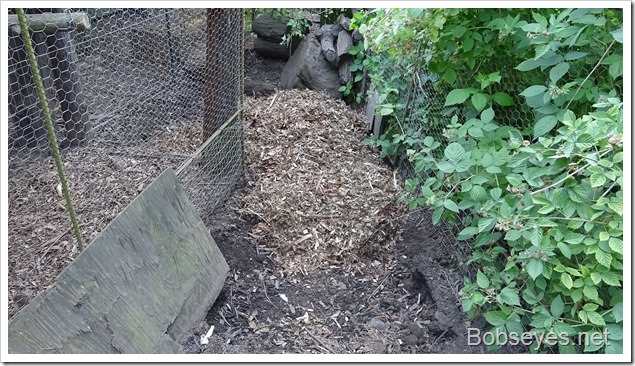 I still have this area where the chickens are to remove the dirt but not today. 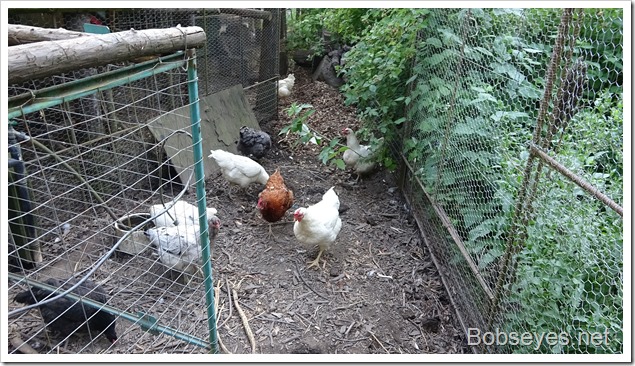 That’s enough work for one day.

I checked out the blueberry patch to see how the berries were coming along. All these green ones will soon be blue and ready to eat. 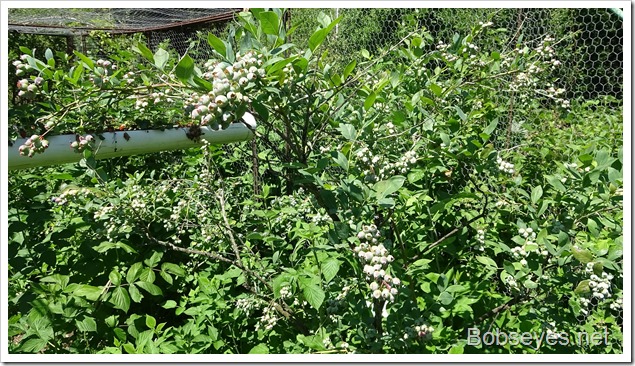 There’s still not many raspberries getting ripe but there soon will be as there are a lot of them that are green and  ready to turn red. I think I’ll have a bumper crop of those.

The rest of the day I spent taking it easy as I’d done enough work for one day. I did put some water on to help mulch these woodchips down.

Near the end of the day I got an email about my internet problem. They didn’t come out after all my waiting but did a couple things on their end and said it should work. It seems to be working better for now but I think it will go bad again soon as it seems more of a temperature related problem that changes with the temperature. Time will tell.