I’d been looking at the wire rats nest under the dash. That’s what mechanics call something like this. I decided I could clean this up a bit and besides I needed to clean it up to figure out which wires are the burned up ones and where the wires go. Some of the wires are no longer needed so I can remove them, about half of them used to go to other gauges and radios and things that got changed out over the years. 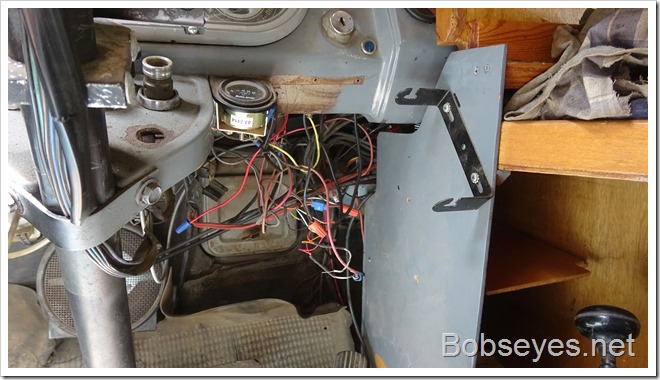 And the wires that go under the drivers sit to the engine compartment needed some cleaning up too so that’s how I started out the day working on the van. 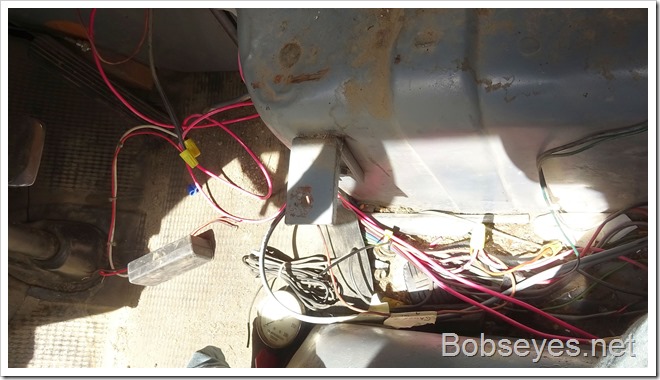 Chopper makes a lot of noise

Once I had those wire messes cleaned up I needed a break. The state park next door has been doing forest fire rehab work for a couple weeks now with a big chopper that makes a lot of noise.

So I thought I’d ride my quad runner up to the entrance to see what I could see.

Here’s the front gate that says the park is closed. There’s a flag lady there that makes sure no one goes by when the chopper comes in with a load so I had a nice chat with her while waiting for the chopper to arrive with another load, about one load every four minutes she said. 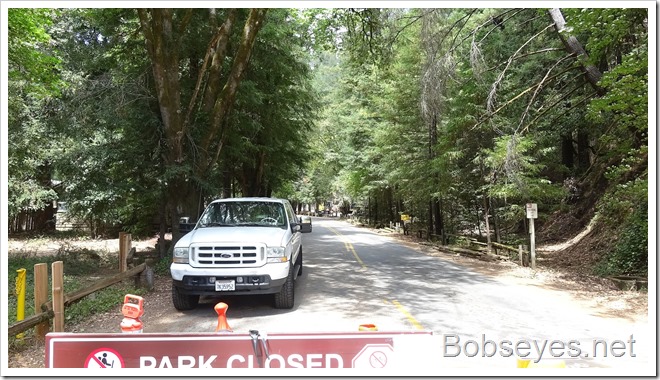 Here comes the chopper bringing his debris in through the trees on the end of that line. 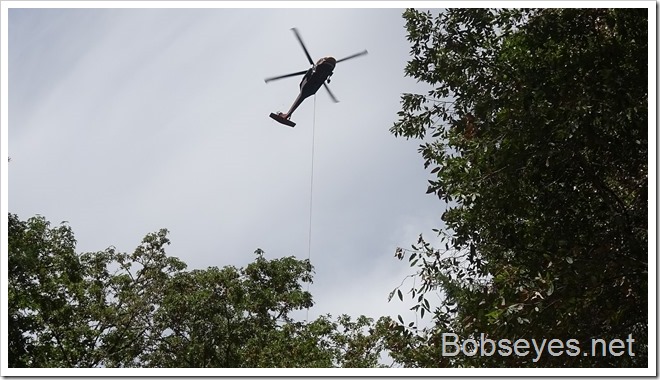 I could see just up the road to the drop zone. This excavator and some other equipment cuts the stuff up for removal and they  haul it off to a far away place to dispose of it. 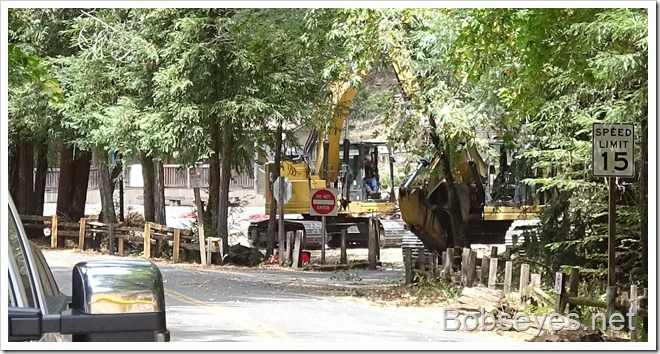 Just need to deal with it

The lady said they’d be about another 3 weeks or so. The noise is sorta bothersome as when the chopper comes in you can’t talk to anyone until it leaves at my house. I keep telling  myself, eventually they will leave and I’ll still be here. Peace.

I went back to my house and did some chair hopping preparing for the next step in the van repairs.

I got some wire out and all my soldering stuff to splice some more wires in the engine compartment. 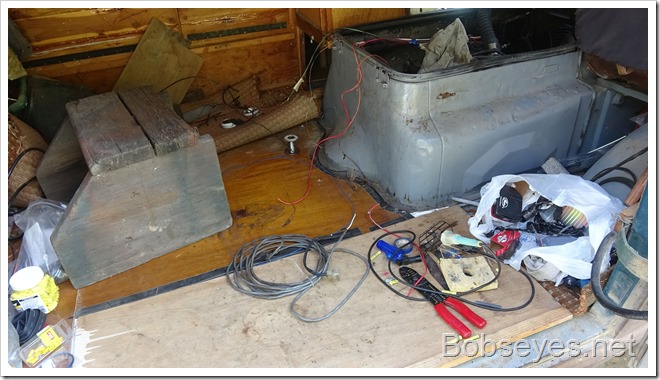 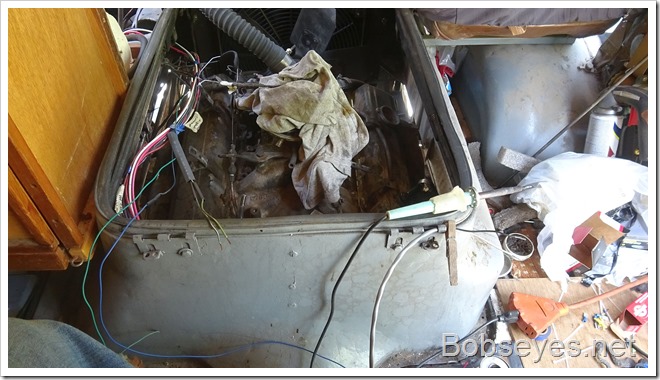 Some wires are no longer used, but which

I spent a good deal of time trying to determine where and what a few of the wires are for. Some of the wires aren’t being used but I’m not sure which ones don’t need to be hooked up yet. I’ll likely have to hook the battery back up to figure some of them out.

Then I got under the front of the van to figure out the electric fan control wires and remove all the burned up ones to determine what I need to do to replace all these wires with new ones. 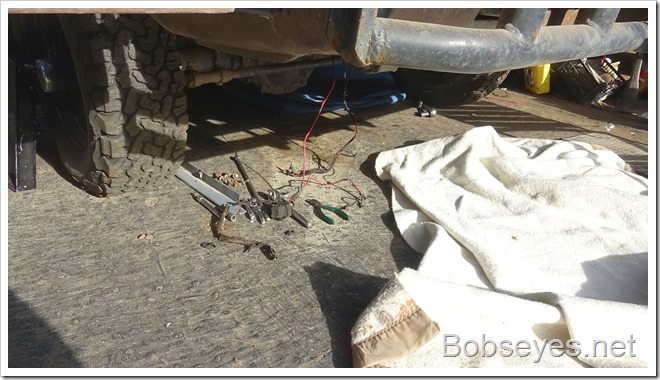 I did some more chair hopping and then closed up the van for the day.

I let the chickens out into the front yard in the evening. 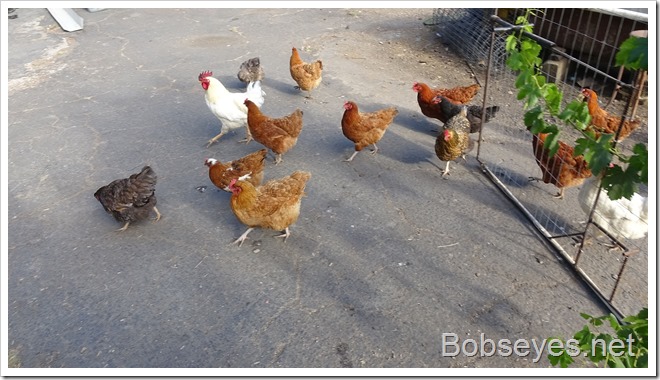 There they go out to graze in the front yard. 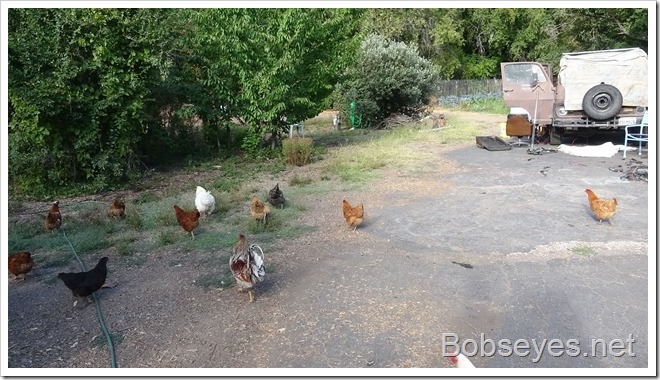 In the late evening I mostly chair hopped around the yard but I did do a couple of things. The raspberry plants are over growing my blueberry patch so I stomped on them to slow them down. I need to get around to cutting them back. I also ate what strawberries where ripe. 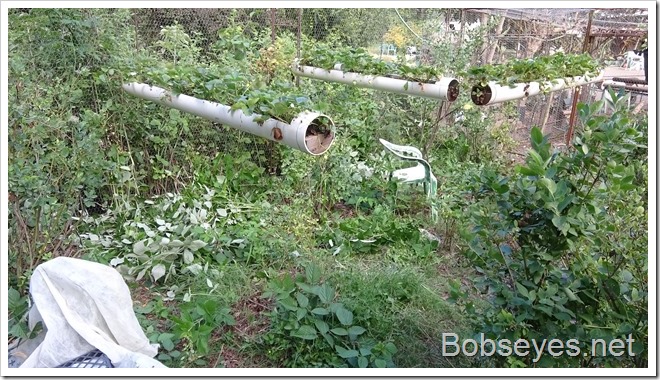 I was thinking some cabbage would be good for dinner so I went to this garden to pick one. 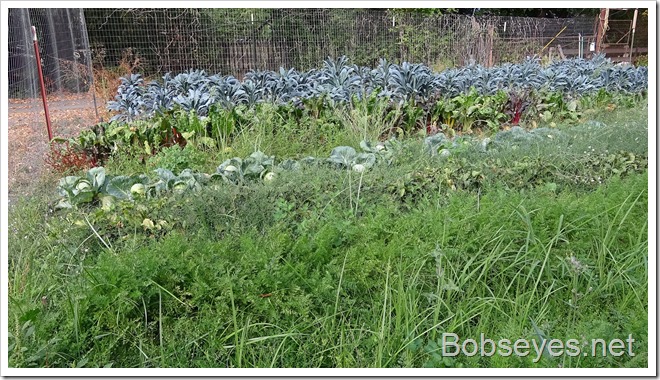 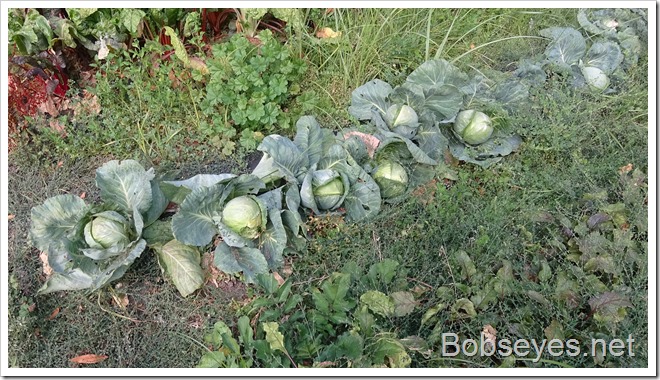 Getting ready to cut the head off the stock. 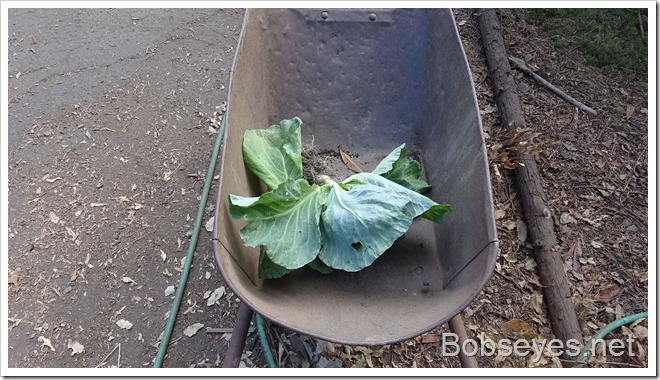 I fed the stock to the chickens and they gobbled it right up.